Ever since he was a tadpole, Adam Bodine said, music has been his language. While she was pregnant with him, his mother taught Jazzercise — the dance fitness routine that has dominated Youtube with images of women in leotards. More than 20 years later, as if responding to a call from his unborn tadpole self, Bodine found a workout video for pregnant women on VHS and showed it as a backdrop while one of his college bands, the Hair Farmers, played a gig.

“I like the edge of things,” Bodine said of his tendency to mix music with humor. “I want to push the boundary, but not cross it.”

The pregnant lady mashup was one of Bodine’s first experiments in testing his audience’s sense of humor, but it’s only one example. Bodine is a local composer, pianist and bandleader who performs around the Denver area as a solo act or with his many bands — the Adam Bodine Trio to name one. Fans of Bodine return to his shows not just for his careful blend of jazz with other genres, but to see the barrier between artist and audience knocked to the ground.

Although he routinely performs at jazz venues such as Nocturne and Dazzle, Bodine shies away from the idea of being labeled as any particular type of musician. His compositions have elements of rock, funk, reggae, latin, classical and bluegrass. He traces his roots in improvisation back to his childhood when his uncle gave him a box of Grateful Dead cassette tapes — complete with old ticket stubs in their cases — around the time he learned the pentatonic blues scale that he says changed his life.

Improvisation in performance, as well as in music, is what fuels Bodine’s live performances and sets him apart from many of his contemporaries.

“There’s a lot of power with the microphone,” Bodine said. His experience as a gigging musician has led him to embrace audience participation, he said. An example of this is Bodine calling on a table of women in the crowd having a good time, randomly identifying one of the hecklers as “Kathy,” then inviting her onstage. Her friends still call her Kathy, and the group is in regular attendance at Bodine’s shows. 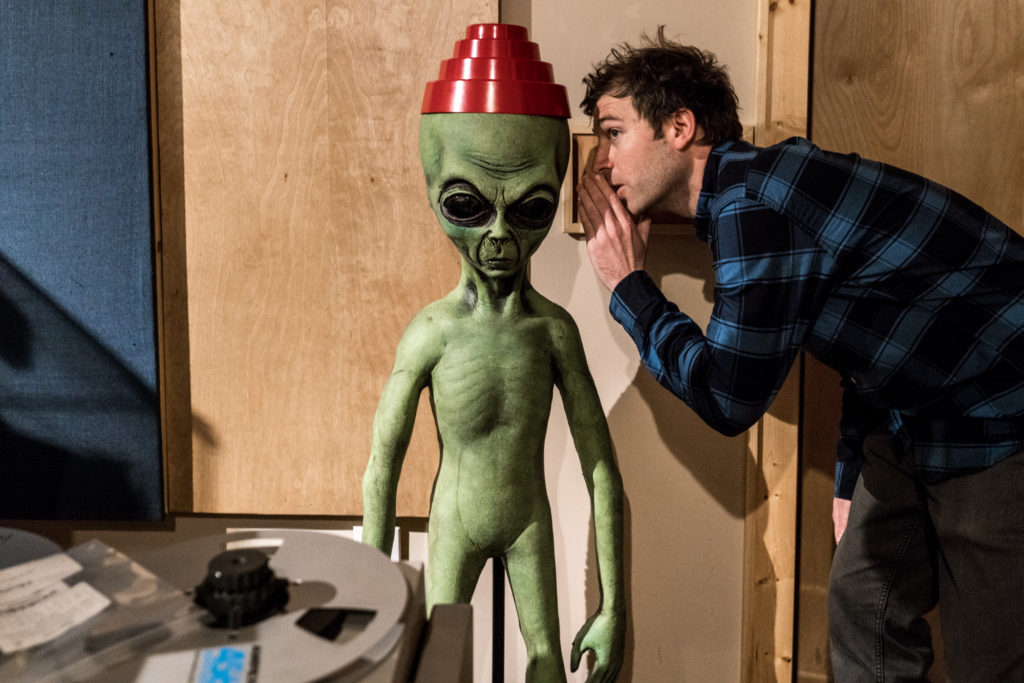 Bodine has nine albums under his belt, and a 10th currently in the works — he and his band are adding the finishing touches this month in the recording studio.

“I recorded my first three albums at my house with crappy microphones,” Bodine said, noting the progress he’s made as a recording artist. His newest album Opus Reminiscence, released in 2017, features all original music, each track a direct view into Bodine’s emotional state at the time.

“Music is therapeutic for me,” Bodine said. “Every piece on there [Opus Reminiscence] is reflective of a person, relationship or situation where I had to reflect and dig back to my past.” The album, with ambiguous song titles such as “Voluptuous Horizon” and “Sprout,” took years to write and represents a “retrospective journey of self-transformation,” Bodine said. In spite of its personal nature, Bodine hopes that the listener derives their own meaning from the songs and their titles.

Bodine’s new album, which is yet to be named, will feature some “outstanding” local musicians and pick up where his last album left off. Whereas Opus Reminiscence is a private experience, the upcoming album will expand on those deep connections made and bring with it a lightheartedness. It will also grow in terms of genre fusion.

“My intentions with this next album is riding the wave of serious-lightheartedness, from this-to-that,” Bodine said. “Changing scenery.”

The upcoming album will also showcase Bodine’s attempt to put more humor into music, although most would argue he was never without. Bodine chalks up his devotion to playing with the audience as his desire to be professional, and to truly entertain — professional musicians are hired as the entertainment, after all. But it takes a different kind of artistry to feed off the audience’s vibe and incorporate it into the set creatively.

Take one night at Nocturne, for example.

Bodine was performing a set and between songs, amidst a pleasant ambiance of people drinking and enjoying piano music, he started talking to the audience.

“I just recorded this album, and I kind of feel like I just gave birth,” Bodine remembered saying to a crowd of finely-dressed jazz fans. “My nipples are a little sensitive.”

A woman interjected from the crowd: “You should use Vaseline!”

Bodine laughed recounting the experience. “I’m just going to eat that up for a second. ‘Thank you!’ Just talk a little bit to them as opposed to ‘Here’s the next number.’ Who gives a shit, they don’t care.” Bodine adds genuinely, “They kind of don’t, that’s the thing. But I want to have them care a little bit.”

Taking the greasy thread and running with it, Bodine then started riffing on the Nationwide insurance jingle during one of his original songs. Soon, Bodine had the Nocturne audience singing along with him.

“I have the crowd saying, ‘Vaseline is on your side’ at a nice jazz club where I’m wearing a tie. That moment is like, fuck yeah,” Bodine said. “That’s what it’s about, is connecting with them. It could have fallen flat and I would have let it go, but the fact that somebody picked up on me saying, ‘my nipples are sensitive,” Bodine trailed off. “Which they weren’t, that’s not the point.”

Bodine treasures those rare moments of everyone being on the same page, but he also knows when to back down. At the end of the day, he is a professional musician.

“Some crowds I play I can just tell, they’re just not into fun,” Bodine said. “And that’s alright, I get it, I’ll lay off. I’m not trying to pick on anybody, but sometimes it’s just brought. It’s these little gifts of Vaseline.”

Watch Bodine perform May 18 at the Five Points Jazz Festival and most Sundays for brunch at Dazzle.

All photography by Samantha Hines.