It’s 2019, and this might just be the pairing you never knew you needed. If you thought the earlier announcement of “Weird Al” Yankovic and the Colorado Symphony was a doozy, this one may just one up it. Jack Black and Kyle Gass’ comedic prog-rock band, Tenacious D is joining forces with the Colorado Symphony for one night only on July 25, and this is no “tribute.” The band, fresh off the release of this year’s Post-Apocolyptico Youtube series and album by the same name will make their return to the famed venue, as they take the new album on the road.

The last time the band came through Red Rocks was nearly seven years ago, alongside Rize of the Fenix, and this recent announcement feels a lot like destiny. Barn-burning rock band, Wynchester, the side project of Tenacious D guitarist John Konesky and Mike Bray is set to open the dates. 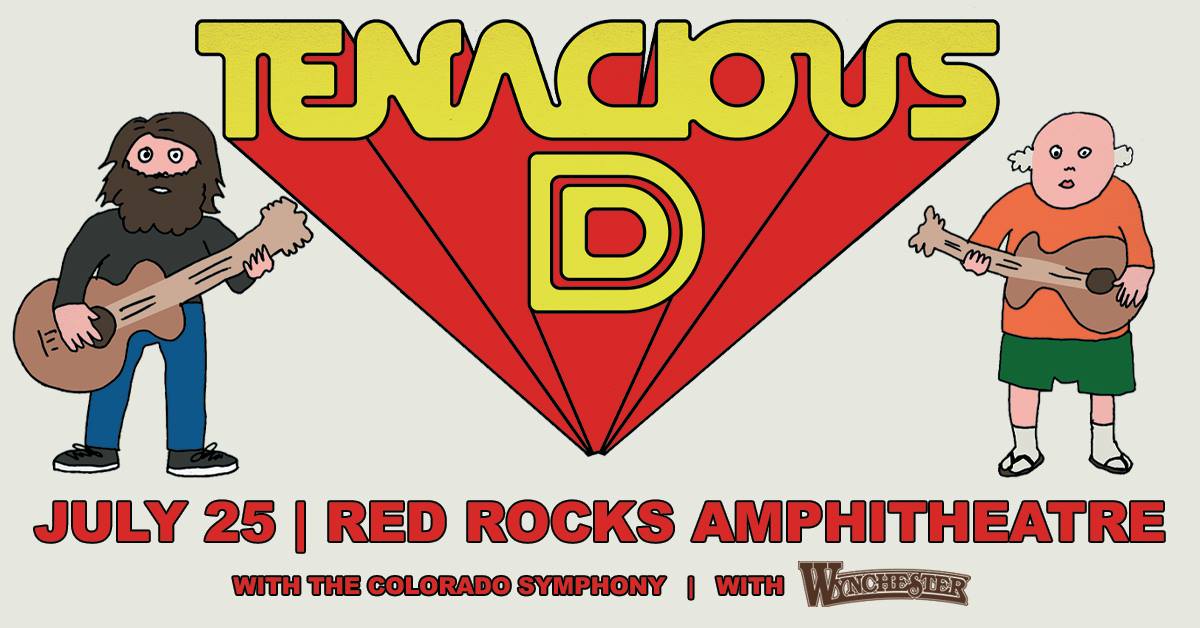 Check out the full tour dates below:

Tickets for the upcoming performance will go on sale Friday, February 15 at 10 a.m.