Rhinoceropolis Owner on Re-Opening DIY Venue in RiNo This Year

For many people, music is more than an expression of art, it is home. Nothing brings community together like a space to share in creativity and learn about your city’s art. For one very special DIY venue in Denver, that space was a place to perform, create, and to live. Sadly, in 2016, after a terrible fire at Ghost Ship, (a performance space in Oakland) most DIY venues around the country faced scrutiny from fire departments. One of Denver’s DIY venues in the River North (RiNo) Arts District, Rhinoceropolis, was shut down for fire safety violations. Those that ran the space were evicted from their home and artists lost an important element of Denver’s underground music scene.

Luckily, the founders of the space have worked hard over the past two years to get the building up to code and reopen Rhinoceropolis. But RiNo has a controversial housing development background. The cost of living in the neighborhood has increased since its fast expansion as another gentrified niche of Denver, and has also threatened the character of RiNo’s arts scene.

Cameron Robertson, a researcher on urban development, analyzed RiNo’s cultural planning and historic preservation in 2017. He argues, “[Evolving neighborhoods] are designed to encourage artists, entrepreneurs, institutions and potential developers to build upon and organize around existing arts and culture-based resources.” Robertson points out that rent increases have been unintentionally driving artists out of the area. This dichotomy between artists and affluent renters seems to be challenging RiNo’s developers to preserve RiNo’s character by protecting its accessibility to lower income inhabitants. 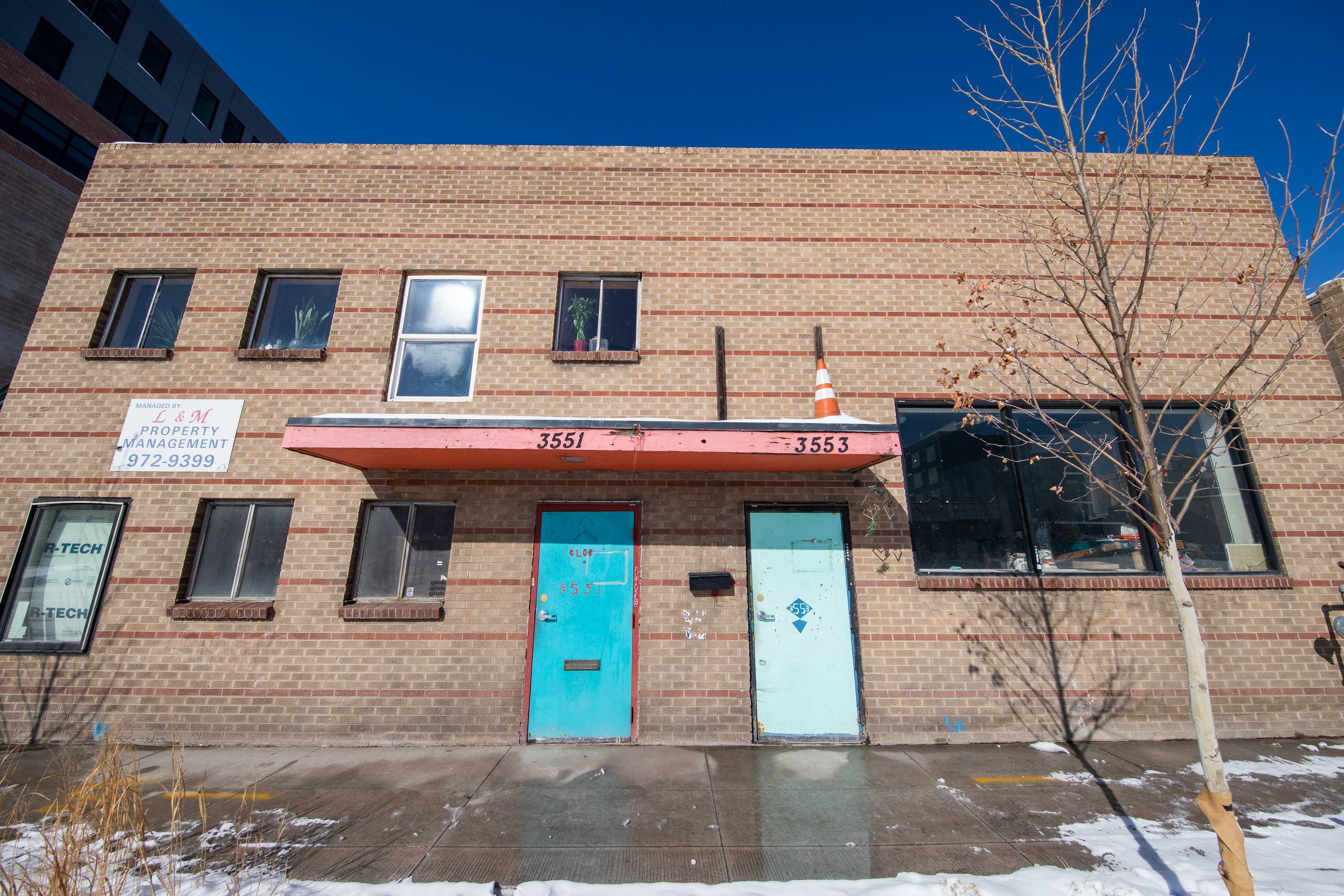 “We believe that it is possible to create a neighborhood that has a place and a space and opportunities for all” was written in a statement in RiNo’s 2017/2018 initiative report. The neighborhood is now collaborating with Artspace, (a non-profit creating affordable living/work spaces for artists) to build “90 units of permanently affordable live/workforce housing for individual artists and their families in the RiNo Art District.” The units will be built just a few blocks away from Rhinoceropolis on Brighton Boulevard, and will hopefully give a greater and more supported voice to RiNo’s artists.

To gain insight on the matter through an artists perspective, 303 Magazine interviewed John Gross, owner and lease-holder of Rhinoceropolis to find out more details on the future on the venue, as well as his perceptions of RiNo’s growth as a neighborhood:

303 Magazine: How has the neighborhood of RiNo changed over the course of your time there?

John Gross: Rhinoceropolis started in 2005, and at the time there was limited residential space and it was mostly factories and old warehouses. It wasn’t known as RiNo, it was that weird area on the other side of the train tracks. That made it a good location for bands to play, because there weren’t a lot of people around to complain about noise and we were able to do what we were doing without anybody caring for a very long time.

303: Other than your recent problems with fire codes, have you seen any rising problems for the venue due to RiNo’s new upscale establishments and changing culture?

JG: These past two years have been tough with the shutdown. The main difference is affordability. The issue is that most of the restaurants nearby are pretty fancy and not very affordable for people that used to live and hang out in RiNo. And what was once a food desert now has places like a Natural Grocers. The problem is that those places are still hard for some people to afford. They’re not marketing to people that have been living there, they are developing for the people that they hope will move there. That’s definitely a topic I’ve talked to my friends about a lot.

“No matter what, it’s really important for us to make it an all-ages space that’s accessible to everybody.” 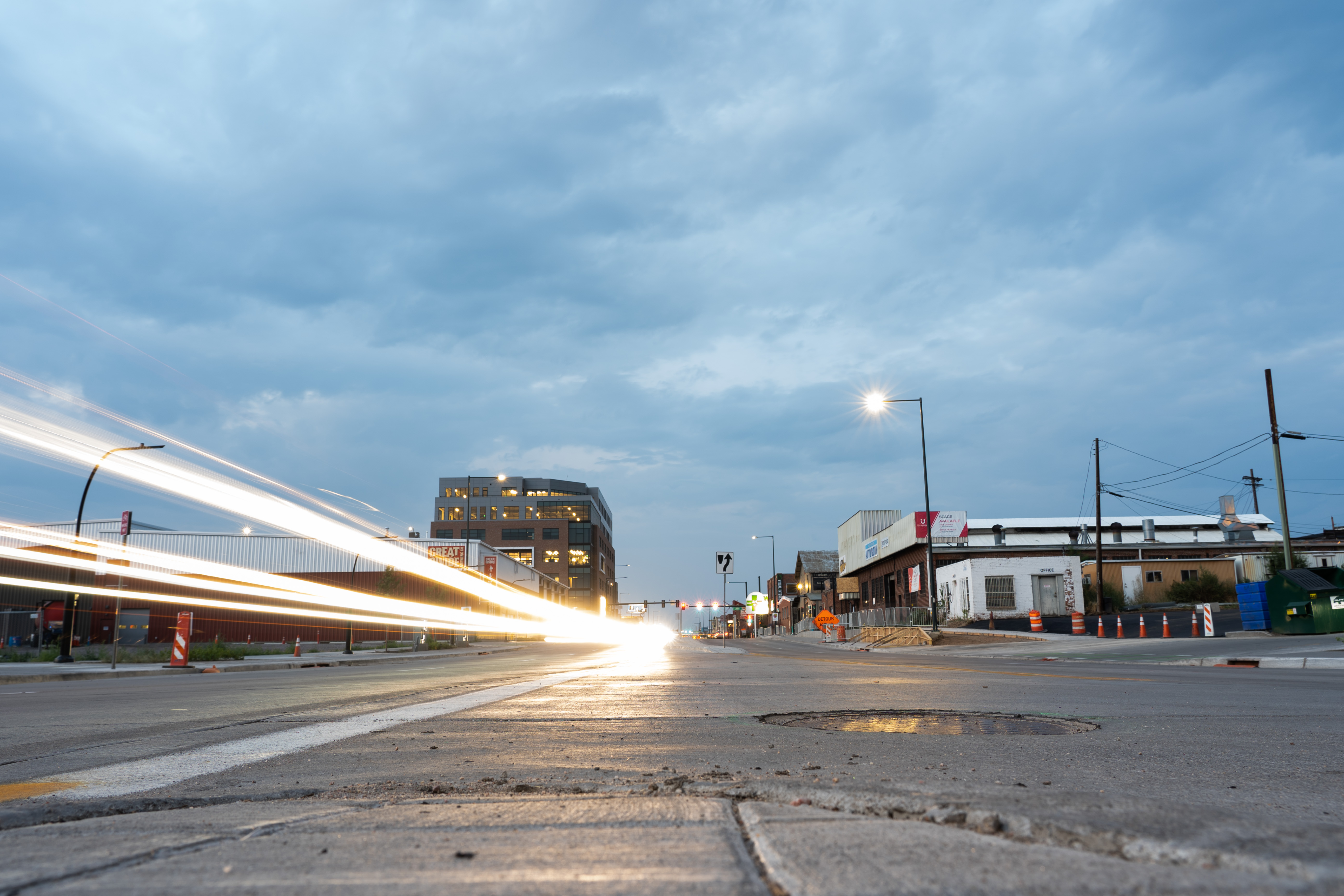 303: Do you feel that development changes throughout RiNo will benefit the venue in any way?

JG: Yeah. The neighborhood has done a great job with infrastructure. There are really nice sidewalks, streetlights and trees all around that we didn’t have before. I’m trying to stay positive and embrace the change and find how we work within it. It’s not very affordable for artists that are just starting out and that has definitely been a barrier for many, but I hope to bring some of that accessibility back. We can’t live in the building now, but we can have a space where the surrounding community can gather and people can practice their art.

303: What will Rhinoceropolis look like after its new opening? Will it run differently than before?

JG: It will be a volunteer run operation. It’ll work similarly to some other very successful DIY venues in Denver and California. But once it is up to code, it can be a blank slate for anyone’s idea to be realized in the space. No matter what, it’s really important for us to make it an all-ages space that’s accessible to everybody. Just like before, it will be successful because it will be for all ages to come and perform and hear music.

303: From an artist’s perspective, what is everyone most excited about for the reopening?

JG: We have talked a lot about using the front area with the big windows as a gallery space. It’s got a lot of potential. People can see it from the street and now that it has a sidewalk, it can run as a proper art or gallery space and we are hoping to be a part of the First Friday Art Walk.

As far as music is concerned, I get emails and phone calls from people every day from all over the country asking to get booked in there — I’m confident that we will initially have more requests than we can handle, but we are going to try and get as many concerts in there as we can.

303: Do you foresee having a symbiotic relationship with neighboring businesses?

JG: I am really looking forward to the relationship with our new neighbors. The issues we will face will be the same as anywhere with a developing district, but we have more parking lots now, and bike racks, and we are really close to the light rail station. We will be faced with challenges the same as every business there is dealing with, but I think it will be great to be a part of that.

303: What should we expect for Rhinoceropolis’s initial opening?

JG: We will have a soft open for everyone that has been a part of this process in the next few months [though they don’t have a set date], and then we will have a big public, open house dance party hopefully in the spring/summer of 2019.

Rhinoceropolis helped solidify Denver’s underground music scene and is a cornerstone of RiNo’s artistic character. With the support of the district’s new affordable housing initiative, and the creativity of DIY spaces like this one, we can hope that the River North Arts District will remain one of Denver’s highlighted art scenes and continue to serve as a community gathering space for local artists.

Rhinoceropolis is located at 3553 Brighton Blvd, Denver. It hopes to reopen spring or summer 2019