Review – Atmosphere Brought Flames to Winter on the Rocks

There is nothing better than a hot lineup on a cold evening to kick off a new month. Winter on the Rocks this year brought heat to the ultimate stage with Atmosphere, De La Soul, Living Legends and others. The incredible night of hip hop favorites was the eighth of its kind for Red Rocks, and coincidentally Atmosphere also performed at the first-ever Winter on the Rocks in 2012. The rapper/producer duo brought Watsky and deM atlaS along with them. The latter of which is from their Minneapolis based record label Rhymesayers and just played his first Colorado headlining show in November.

While Atmosphere brought back nostalgia from the first-ever Winter on the Rocks, it was De La Soul and Living Legends that reminded the crowd of their flame from the golden age of hip hop. Both acts have been contributing to the scene for many — De La Soul informed fans this is their 30th year as a group — and their legacies are as solid as the ice on the steps that tripped various fans last night. No doubt Atmosphere is used to low temperatures in the Twin Cities, but Colorado fans proved their loyalty by sticking through the long concert with heavy enthusiasm. 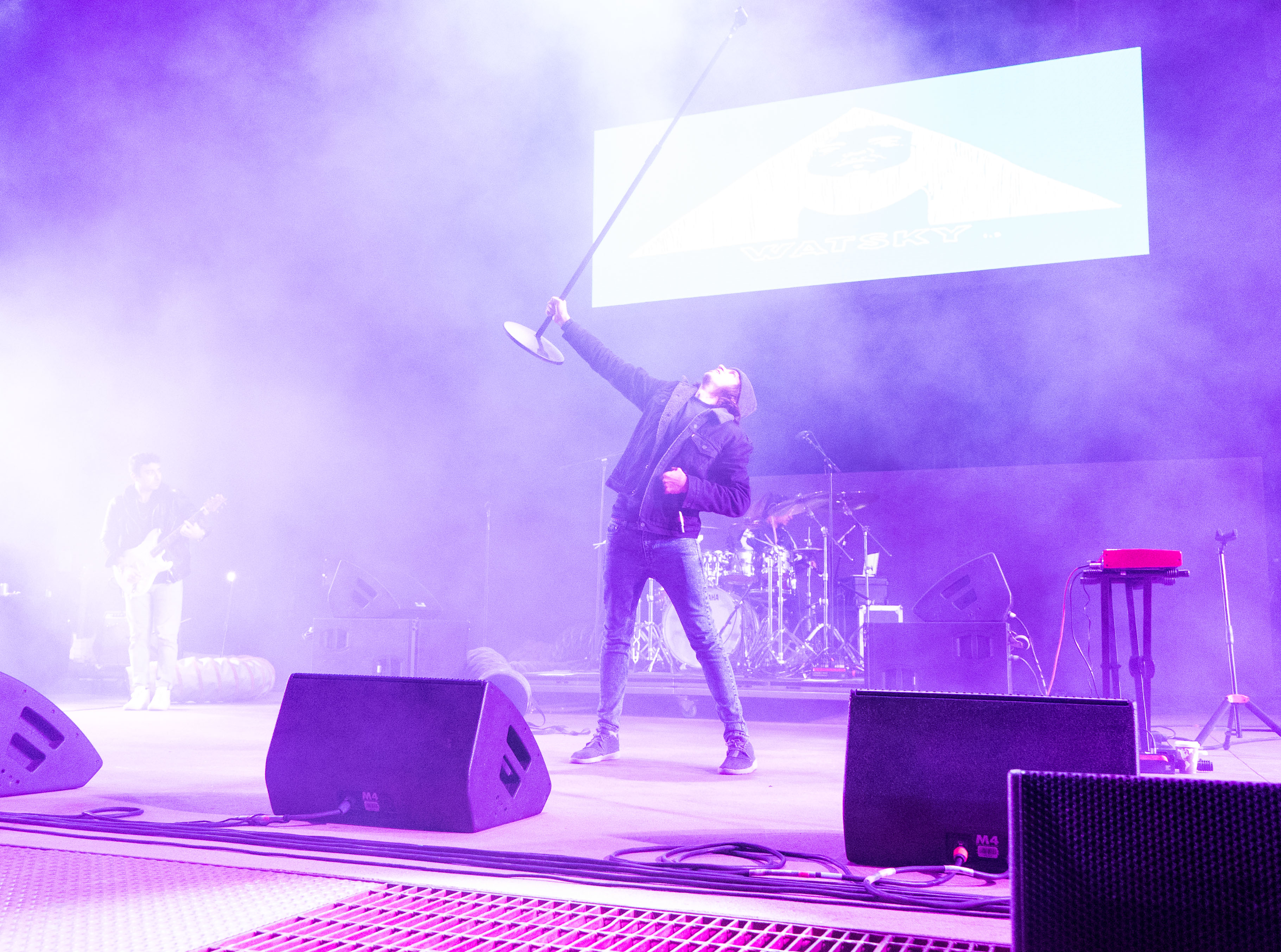 The air was definitely chilly, but compared to other places in our country right now, the weather was downright pleasant. Living Legends brought their classic hits like “Never Falling Down” to the light under a clear, Colorado sky. A large section of the audience was off limits, seemingly due to construction, which caused more stress than usual in finding a viewing point. On a night like Friday night, finding a pocket of friends was key to keeping an edge on the low temperature.

The weather held up for the rap fans as De La Soul showed the masses that even 30 years in, they can spit as well as they always have. They brought the big guns with tracks like “Oooh,” “Stakes is High” and “Grind Date” — the last of which they stopped and restarted three times, during which Maseo heckled the photographers into putting their cameras down and partaking in the fun. “Me, Myself & I” wrapped up their high energy show, proving that true classics just never get old. 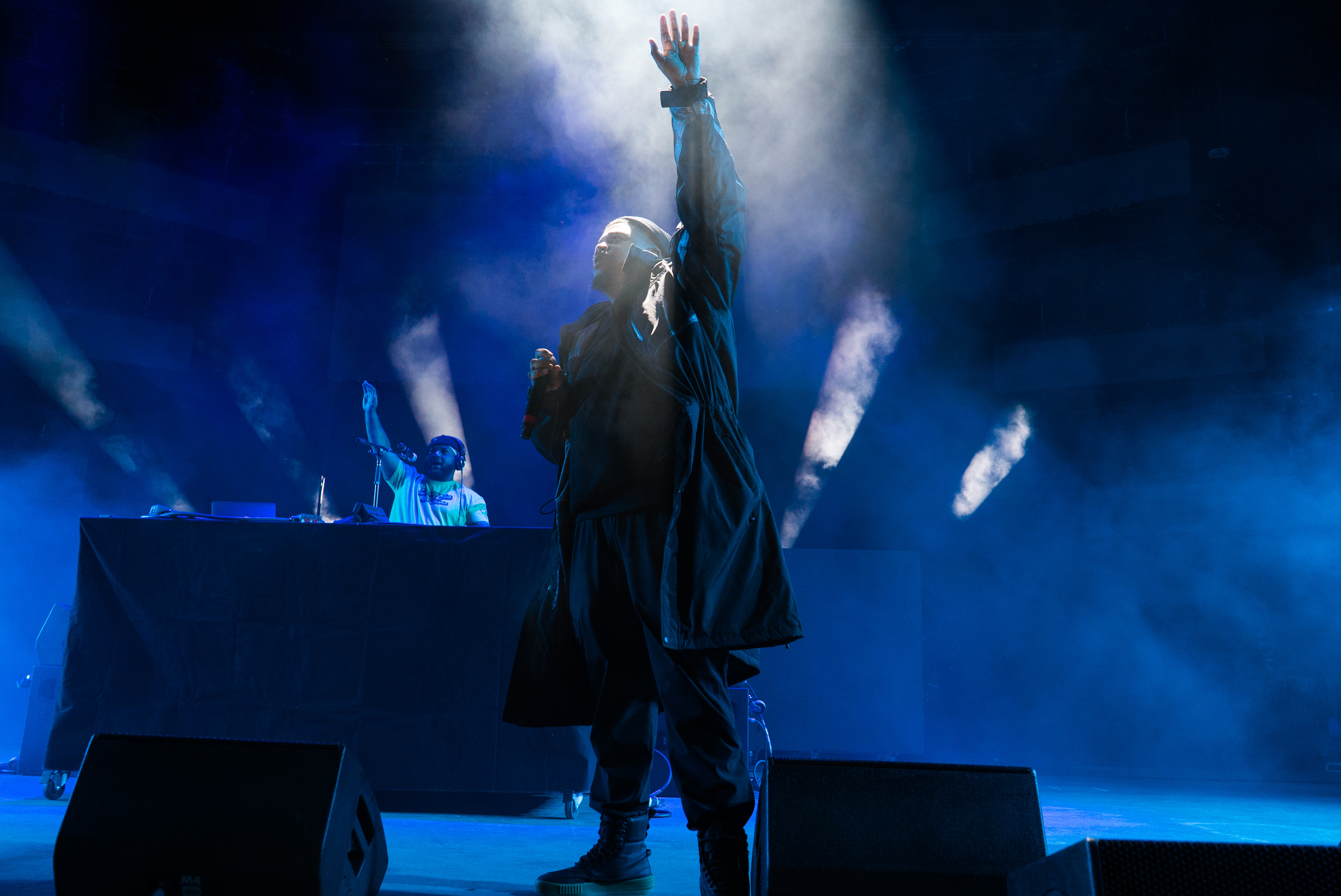 Finally, the big act hit the spot. Producer Ant set up at his post behind a large screen and dropped the first heavy beat of the performance. From a mouth coated by a goatee and mustache, Slug rapped tracks new and old, such as “Shoulda Known” and “Say Hey There.” The lyricist spoke in quirky quips between tracks, always eluding to the next song name. In one instance he used the dropping temperature to facilitate this tactic, saying “even in this cold, look how wet you make me,” as he showed the crowd his sweat-stained shirt. “I’m going to fuck around and get pregnant. I’ll wake up and tell my wife someone got me pregnant at Red Rocks and she’ll say, ‘you’ll probably just give me another son.'” As he said the word “son,” the beat for “Sunshine” poured over the amphitheater against bright yellow lights.

The rapper cheesily grinned and double flipped off his fans periodically through the set. True to Atmosphere style, they made sure to dive into older favorites, like “Fuck You Lucy,” “God Loves Ugly” and “Guns and Cigarettes.” The wind picked up in unison with the elaborate stage setup and lights, as if to heat the crowd. Slug requested many call-backs, hand raises and other forms of audience participation before the night slowed to its end. After the final visible breaths of lyrics had been spit into the air, the shivering patrons raced off to warm up in their cars. Every year the event serves as a can’t miss, and Atmosphere just solidified another reason for Coloradans to stand outside in the snow. Sure enough, we will all be back next winter, ready to rock yet again.