Though all roads must come to an end, the end of this yellow brick road is more soul-crushing than others. Elton John’s five decades of touring will come to an end once his “Farewell Yellowbrick Road Tour” concludes, but thankfully the pianist brought the show to Denver for two nights. The Pepsi Center eagerly embraced the iconic composer, as both evenings sold out in minutes and the seats were full despite one of the heaviest snow storms of the year.

The tour —which began in 2018 — is slated to take three years, and cover countries all over the world. His fans showed their adoration by rocking funky eyeglasses, glittery capes and feather boas as an ode to his iconic fashion choices. The clothing gave insight to just how much John has carved himself into humanity as a singular and unique entity. One that is recognizable enough for 18,000 people to put their own spin on the style, yet obviously be following the same guideline. Around 8 p.m. the lights dimmed and the audience roared for a man who not only changed pop music but entirely evolved the popular culture around it. It was bound to be an emotional evening saying goodbye. 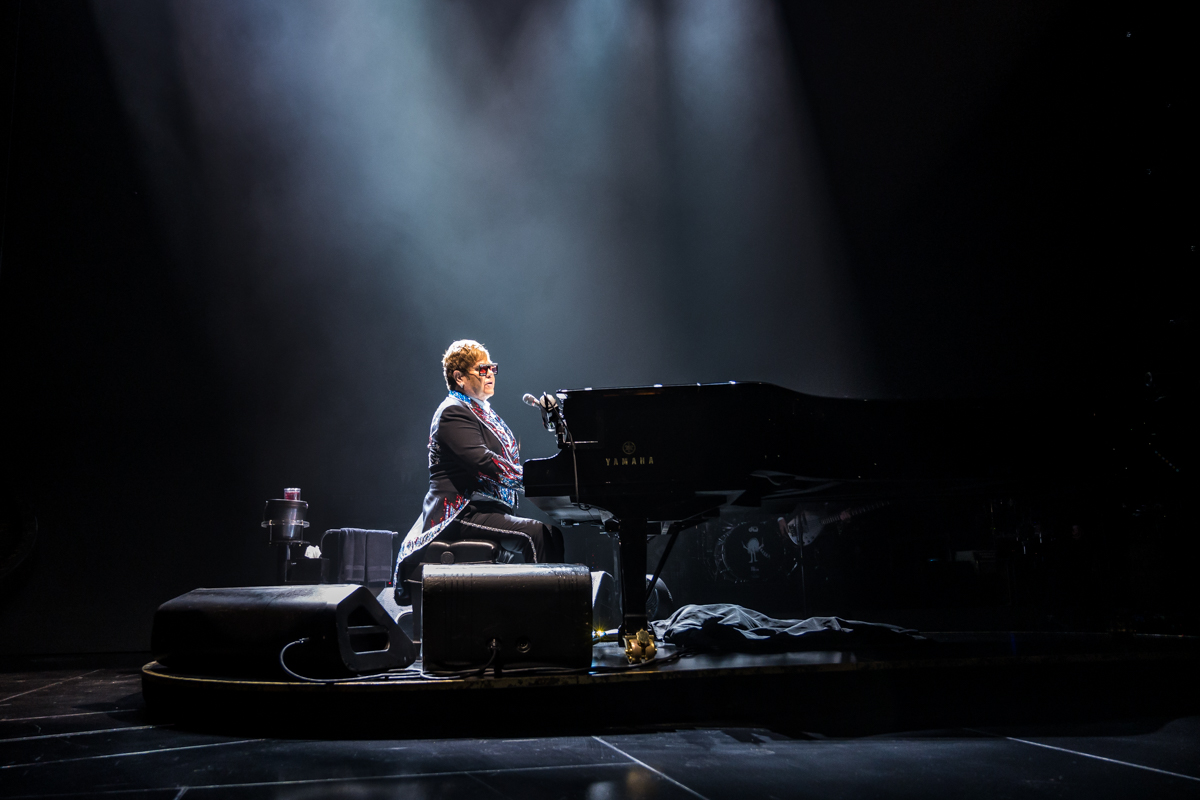 A man who needs no introduction, John strut onto the stage without an opener, dressed in a fully sequined duster themed with the colors of Britain. Known for his flashy, eccentric and high-tech arena performances, everyone surely knew the last tour would be far from dull. The stage was dwarfed by a massive screen over the instruments, framed in gold and projecting a renewed, psychedelic version of the Goodbye Yellow Brick Road album cover. “Benny and the Jets” was the choice icebreaker to start the night off, which proved to be the right choice. “I’m sorry if I don’t get to your favorite song tonight,” he said in his enchanting accent. “It’s just that if I did, we would be here for quite some time.”

The dramatic background of constant videos that played along with each track added an unexpected emotion to the already touching event. The videos varied in topic from people’s lives falling apart during “Tiny Dancer” to energetic dance groups in flamboyant clothing throughout “Philadelphia Freedom.” A deafening explosion took off and turned the cinematic feature visual into a rocket flying over Earth, which served as an easy segway to the cult classic, “Rocket Man.” While this greatest hits portion of the night was cranking, it was hard to find a sitting rear end in the house. Then again, who in their right mind could sit still during “Levon?” 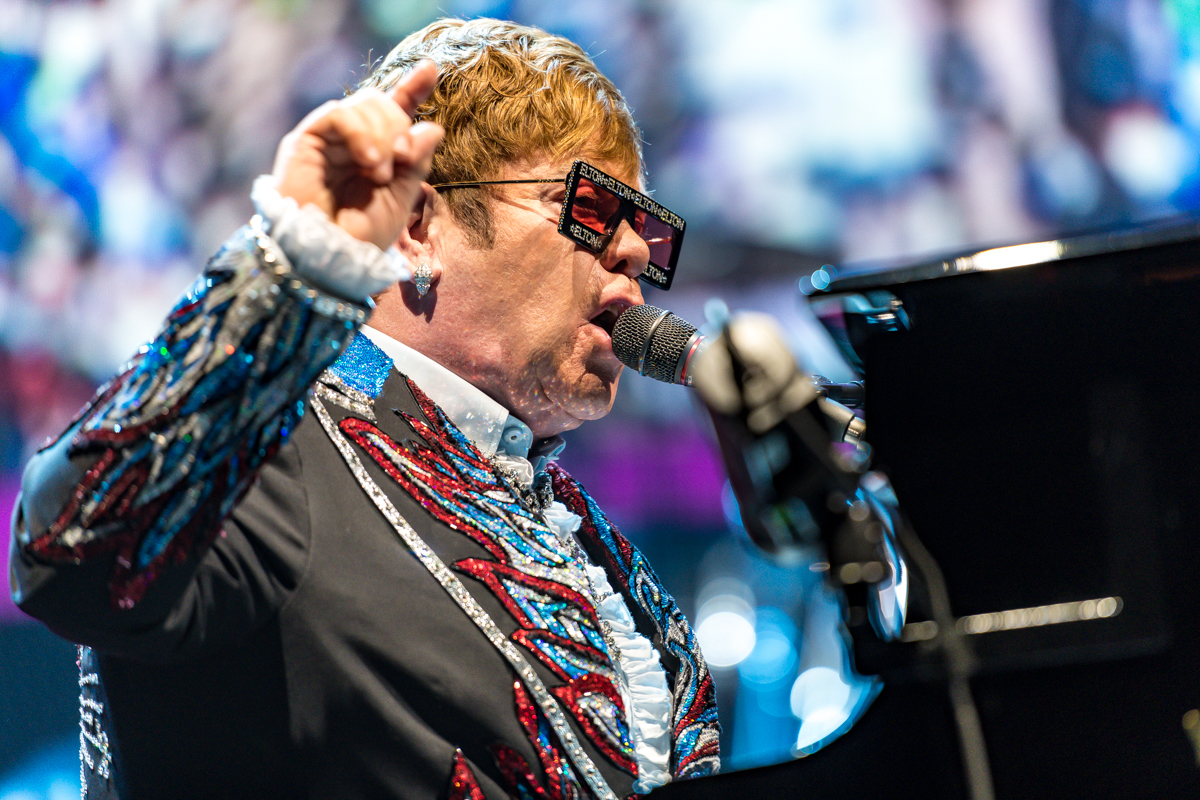 A lot of John’s music feels like magic, however seeing was believing as “Candle in the Wind” had the piano and composer gliding across the stage by some invisible engineering feat. Midway, he left the stage, leaving his fans hanging in suspense before he returned in a new jacket and new diamond-encrusted (this time blue) glasses to rock the rest of the song. Guitarist and bandleader Davey Johnstone made a change too, swapping in a yellow guitar with “Goodbye” written across it, clearly paying homage to the musician and the final tour they are both embarked on. After a formal introduction of Johnstone and the rest of his band, a video montage of John depicted in all kinds of movies and cartoons (including South Park) played to “Still Standing.” “Saturday Nights Alright for Fighting” blasted confetti on the huge room before the group took their bow and left before the encore.

After another change of clothes and glasses, John reappeared for “Your Song.” Of course, the final song of the night had to be none other than “Goodbye Yellow Brick Road,” during which there were several tears wiped away as dedicated fans sang along. Once the last key of the grand piano had been hit, the only resounding feeling is that even after this tour, Elton John’s 50 years of live performing will live on forever.