Show You Should Know – Minnesota Rockers Hippo Campus and Now, Now to Play the Ogden

Forming in 2013, Hippo Campus held pure and simple intentions in their approach to writing music. “We were in high school and the main idea was, ‘Let’s start a band and make our friends dance,’” Sutton recalls. “There was no real context to what we were doing—it was just total creative joy.” Over the past five years, however, that context has shifted dramatically. The world has warped into something bleak and unsteady, and reckoning with mental health issues became more and more crucial for the band. Hippo Campus has struck a fine balance between reverb-laden guitars with jagged and playful synths. The result? A sunny, laid-back indie rock sound that is rich with versatility and depth. While their sound harkens to sunnier times, the lyrics on their sophomore album Bambi navigate darker topics with deliberate self-reflection. Ultimately, Bambi gives rise to a selection of songs that drift into much darker terrain but unfold with a frenetic yet fragile beauty that makes even the most painful moments feel glorious. 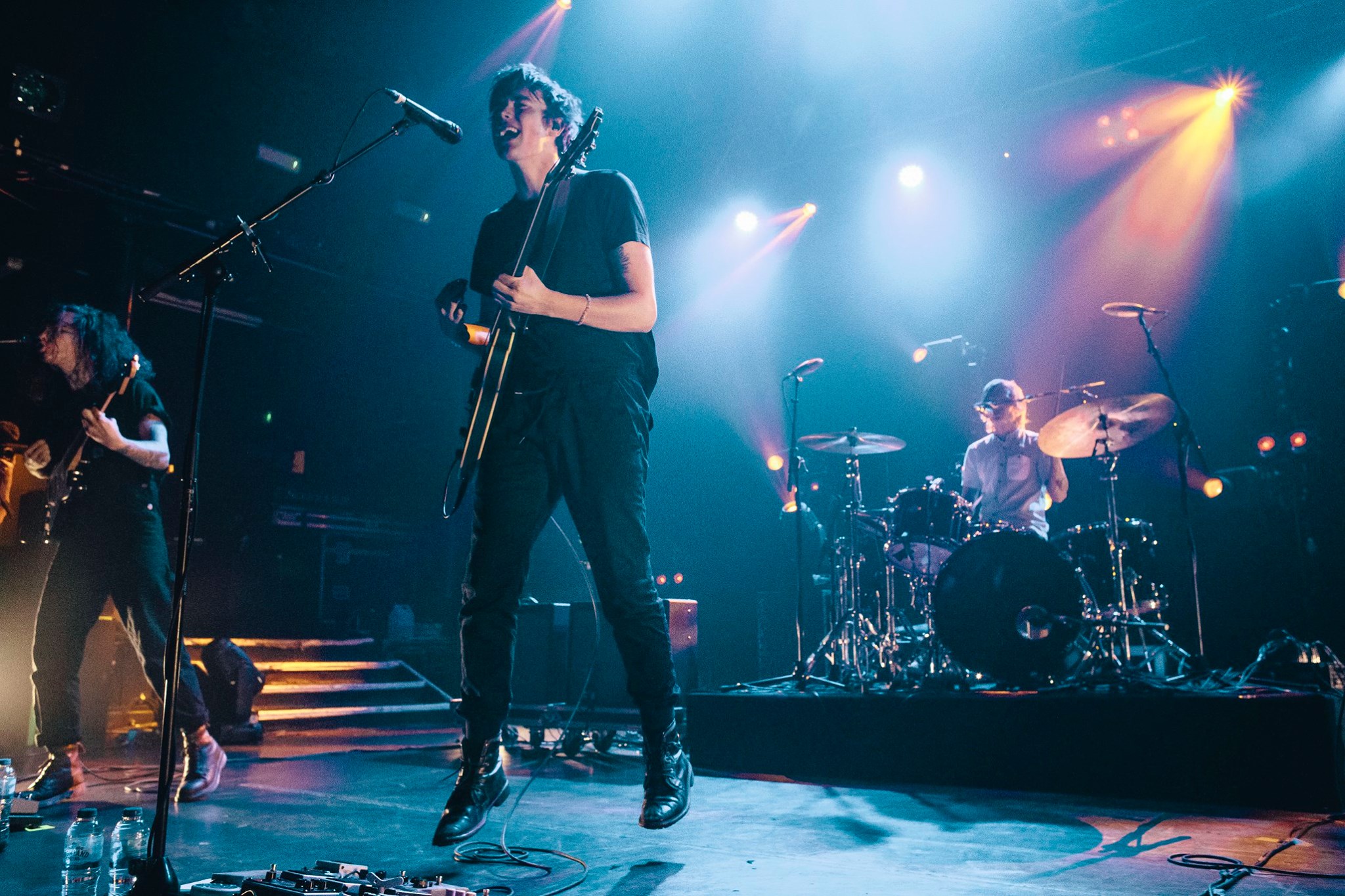 The young band has seen an almost meteoric rise in their short career so far. By 2015, Hippo Campus was added to the line-up of SXSW and performed on Conan. By 2017, the band had booked their first headlining international tour and performed at festivals like Lollapalooza, Bonnaroo and Sasquatch. Most recently, Hippo Campus laid down a cover of Joe and Donnie Emerson’s “Baby,” recorded at Spotify’s office in New York.

Hippo Campus has also utilized their platform to benefit social causes that hold significance to them as a band. In an interview with Billboard, the band discussed sexism in the industry — a refreshing take from an all-male band on what has incorrectly been chalked up as a “woman’s issue.” Citing the fact that they have a majority female fan base, the band describes the general dismissal of bands who are more popular amongst women. “It’s like there’s a law where it’s like, ‘We’re not allowed to like a band whose fan base is like 90 percent female,’” drummer Whistler Allen told Billboard. Hippo Campus teamed up with the Women’s Foundation of Minnesota for a merchandise drive, donating whatever profits they had to the foundation. The foundation then invited the band to participate in a panel that featured discussions of toxic masculinity within the music industry. For a relatively new and young band, Hippo Campus has demonstrated both with musicality and ethos that they will use their talent for good.

Opening band Now, Now formed in 2003 when classmates Cacie Dalager and Bradley Hale met in their high school marching band. With acoustic and pop influences, Now, Now navigates the indie rock scene with catchy melodies and complex compositions while modernizing their sound with high-tech drums. Saturday’s show will be a night of warm melodies and poppy tendencies and a sonic collaboration between rustic and futuristic — much like a Ted Hughes poem.

The show will take place at the Ogden Theatre on Saturday, January 26. Tickets can be purchased here.