It’s been a little over two years since Nao played the Gothic Theatre, and in that time a lot has changed for the R&B singer. On the first time around, Nao was a fresh-faced upstart maneuvering the wave of hype from a trail of breakout singles like “Bad Blood” and “Firefly” alongside Mura Masa and her well-received debut, For All We Know. There was tangible anticipation in the air and a smattering of scenesters clogging every artery of the theatre eager to experience the chanteuse’s Denver debut. This time around was of a different stroke, however. The bold sound Nao employed on her debut had dulled on Saturn, her sophomore release, but managed to acquiesce into something more vulnerable and pertinent in the same breath. Whatever fluorescent bursts of emotion that exploded across her debut, had transformed into something a tad more lacking, rooted in a heavy-handed reality of disappointment, setbacks and hope. In short, Nao’s performance at the Gothic was a beautiful showing of a 20-something coming into her own before our eyes.

The similarly R&B-focused Xavier Omar opened the performance. With a full live band to his back, Omar swiftly got the room crackling with energy. His high tenor voice soaring above the slightly trap-influenced beats gave the crowd life, and his positive demeanor perpetuated it. Featuring a handful of solo material, as well as his popular cuts with Sango, including plenty of unreleased material between the two, Omar came to the Gothic with a full deck and no filler. Though it was a brief set at only 35 min, Omar put his all in, pouring sweat at set’s finish line. 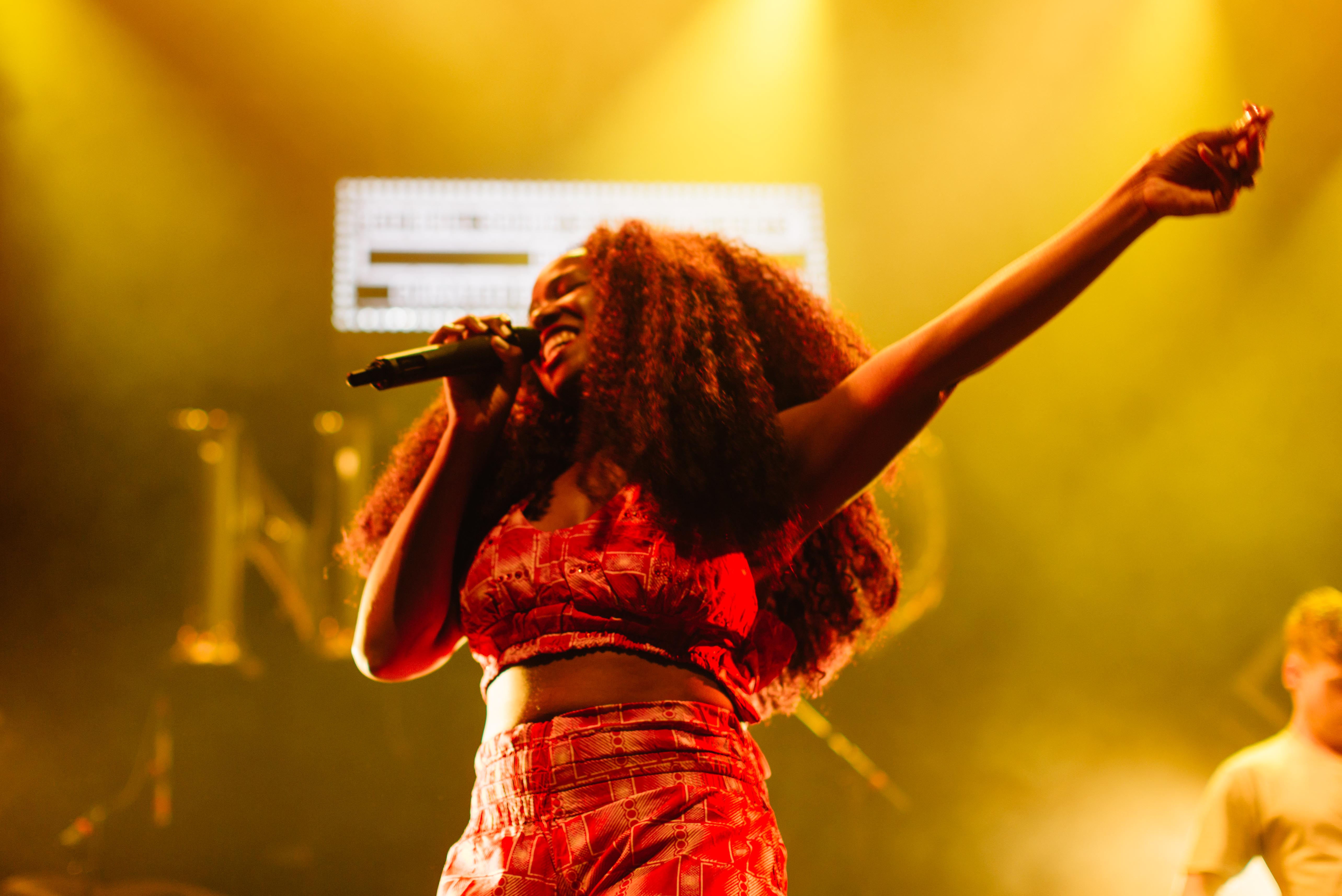 Nao at the Gothic theatre in 2016. Photo by McKenzie Coyle

As the crew set the stage, dance circles broke out in the audience to the house music overhead, and the familiar anticipation crept back in, slowly but surely. As the band made their way to the stage and the lights lowered, Nao, out of nowhere appeared at the back of the sound booth singing “Another Lifetime.” In a flowing white robe, Nao stood poised and more confident than ever, letting her famed vocals spill out into the theater as cellphone flashes and the spotlight consumed her. Concluding the song, and darting through the crowd, Nao now on the stage proper, proceeded to get the crowd moving to the tune of “If You Ever.”

As with Nao herself, the set felt like an evolution. Balloons filled up the backdrop complimenting the highs of her performance and the lows of some of the newer song’s subject matter. Revealing to the audience her thoughts about being a 20-something and not checking off all the boxes she’d have by a certain age, yet continuing to take the leap, spoke volumes of her artistic journey and her performance. As such, Nao captured the stage in the pinnacle of her transition between the artist she began as and her aspirations for who the artist she wants to be. New collaboration “Complicated” brought out the carefree sensation, while “Drive and Disconnect” brought them sailing across the dashboard. It was in this dichotomy that Nao thrived — the pains of growing, but growing in and of itself was worth it all.

All photography by McKenzie Coyle