Pop-punk refuses to dissipate and — true to its form — will continue to survive regardless of what people say or think. We are bystanders in the genre’s decades-long performance and are pretty lucky to listen in without a couple of bruises and scars on the way. It’s hard to imagine a genre that demands so much attention ever needing anything besides incredible showmanship, but there is clear talent in this realm of music that cannot be ignored. There’s a balance between original musicianship and nostalgic sound that manages to nestle within the tracklist of Away Team’s They Don’t Go Here, and we are at its service. Pop-punk is not dead. Far from it. Away Team reminds you why.

Away Team is a relatively new Denver band comprised of members of Whitacre, Panther Martin and Super Bummer. This dip in the water is an obvious benefit for their new project. Their cohesive sound is aged and professional though they began recording their first EP in November of last year. Vocalist Matt Levesque, bassist Joey Wenberg, drummer David Pierpoint, guitarists Tommy Austin and Raury Cruse make up the five-piece and work together cohesively throughout their first release.

“Pop-punk and emo music have been a part of my life and music taste for a long time. I wanted to join a pop-punk band back in high school but I ended up not doing it, and it was something I regretted for quite some time. After being welcomed in by Raury and Tommy, and being able to welcome in both Matt and David, it’s become a core part of me and an outlet to be able to perform and write a style of music that I’ve never had the ability to write, but always had deep passion for.” – Joey Wenberg, 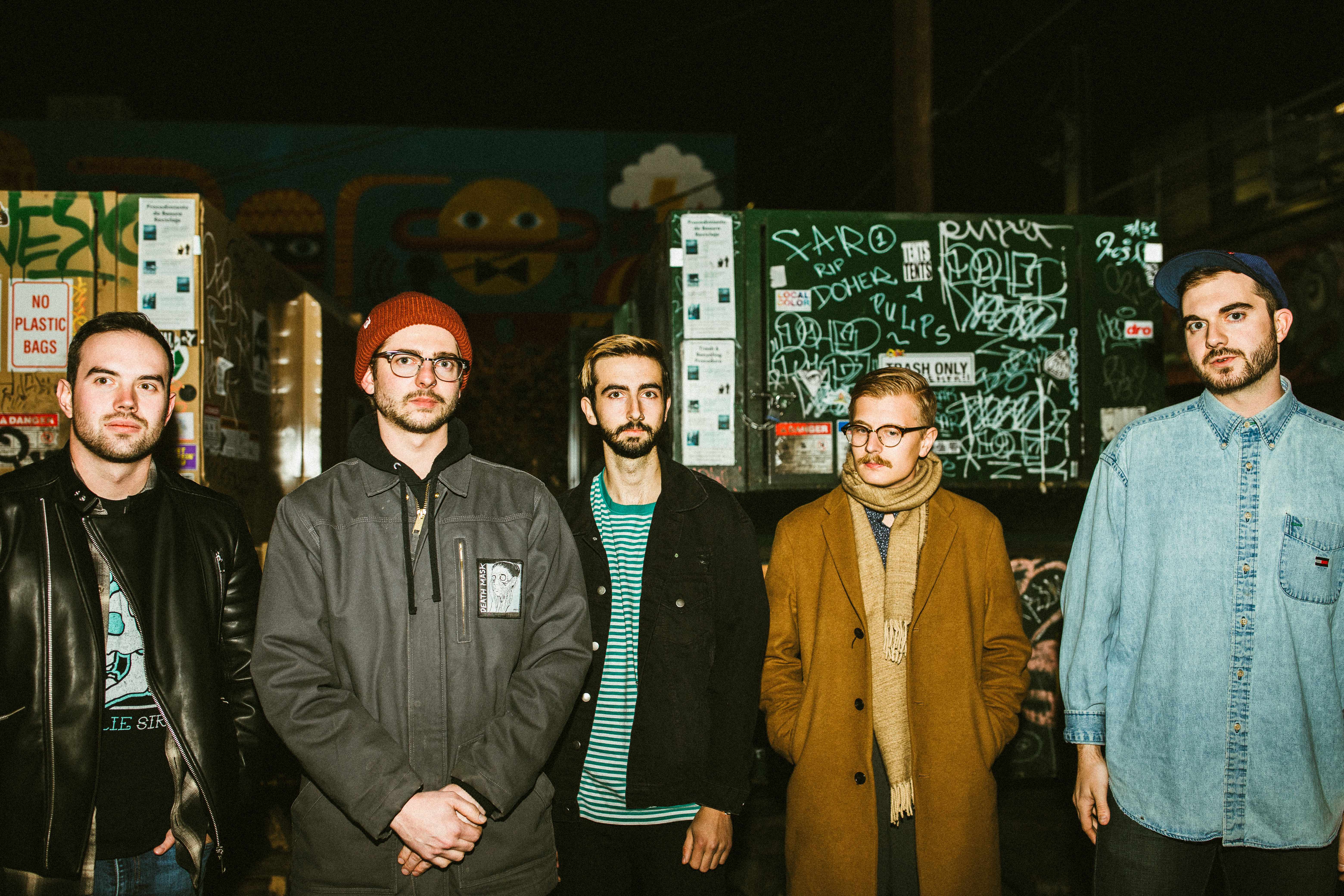 They Don’t Go Here throws you right into the band’s vision through the setup of their tracklist. “Can’t Help It” — the album opener — is just the right amount of jarring to drop you in. The catchiness of this song is perfectly paired with its angsty chorus stating “I can’t change but neither can you.” The band tiptoes along the tightrope of nostalgia and artistry with their vocals paired with incredible guitar and drumming. Levesque’s vocals are a time machine back to early Billie Joe Armstrong, especially in “Control.” He manages to add his own spin and the band creates a newness to the genre by having complex harmonies and chorus lines spread out throughout the EP. Pierpoint creates some incredibly diverse drum patterns, especially in “Wasted” and the bands first single “Falling Behind.” In fact, “Falling Behind” as a whole is a perfect reflection of the capabilities of every individual member of the band. Their timing is never better and the ominous guitar shies away from the tropes of the genre while still highlighting the atmosphere.

“I think the EP is very honest and telling as to what our influences are. The EP kind of bounces around from a couple of different styles and really reflects on us finding our sound as a band. We are really excited to share it with everyone.”- Raury Cruse

There is not a single song on this debut EP that doesn’t serve a purpose or deserve gracious ears. The only adjustment moving forward would be to expand upon the obvious talent within the band and breach out of the expected sound. Away Team knows how to produce quality music within its desired genre, but with a lineup so talent-heavy as they are, the question to pose is how they will step outside of their comfort and become the band they deserve to be.

Away Team’s Album release party is tonight at Lost Lake. Check it out and listen to their new album on Spotify.