Everyone’s favorite booty shaking, empowering and “self-caring” diva, Lizzo is heading back to Denver this year. Originally coming around on May 1 to the Ogden Theatre for a sold-out show, she added a new date for October 15 to the upgraded Fillmore Auditorium. Lizzo will bring her newly released album, Cuz I Love You to the Mile High City.

For those who’ve been blessed with seeing Lizzo in concert, there’s nothing quite like it. From raising up the audience to be that bitch and having a squad of backup dancers twerking on damn near every surface, her performances are an immersive experience of not giving a damn what anyone thinks, and putting oneself on one’s own pedestal. In fact, last year, the Minneapolis-based singer surprisingly opened for HAIM at Red Rocks alongside Maggie Rogers, and nearly stole the entire show.

Selling out in a matter of minutes, many fans missed their opportunity to snag tickets to her first announced Ogden date, but the forthcoming 3,900-capacity Fillmore will more than make up for it. Then again, Lizzo’s star has only grown brighter in recent months, and this has all the makings of selling out as well.

Tickets for the newly announced date go on sale Friday, April 26 at 12 PM via AXS. 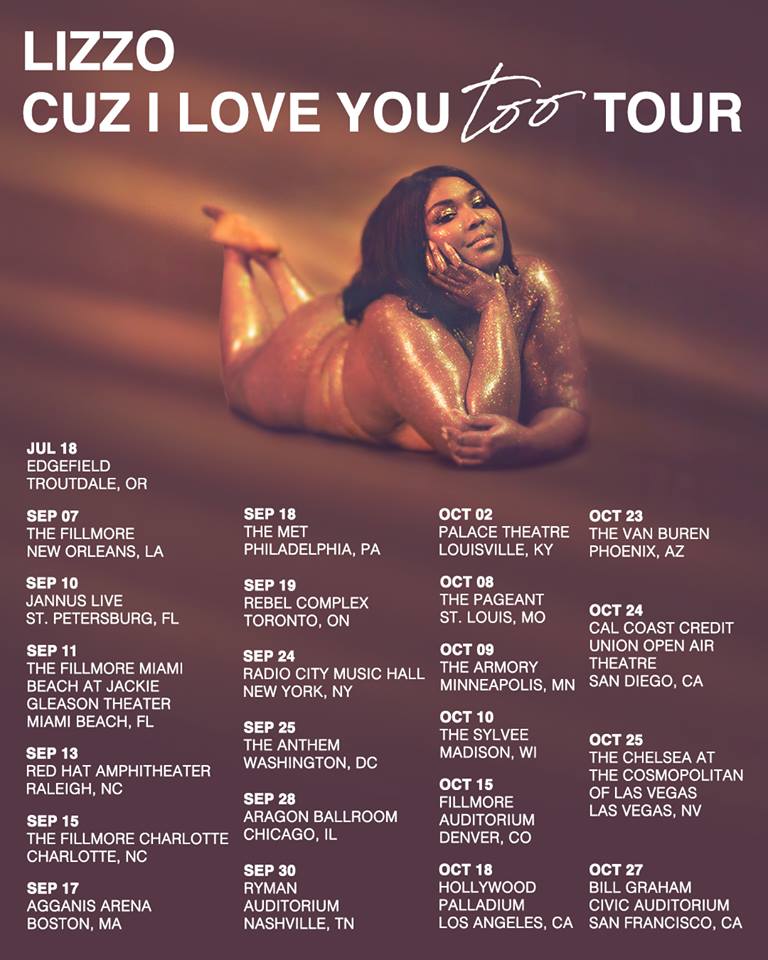