You’ve probably experienced the devastating effects of wool shrinking before. Discovering your favorite winter sweater is small enough to dress a doll probably taught you a lesson the hard way after a sighing mother’s shrug. There’s nothing you can do if your beautifully woven wool sweater — inspired by Nordic lights in sapphire blue and cozy cream — lost the battle against your ’80s-inspired basement washing machine.

But shrinking wool doesn’t doesn’t have to be ugly. Camille McMurry shrinks wool every day, and the result is beautiful— and a little bigger than your average wool product. Her local company, Broadwick Fibers, features her own line of hand-woven and dyed wool wall hangings, yarns and large-knit throw blankets. 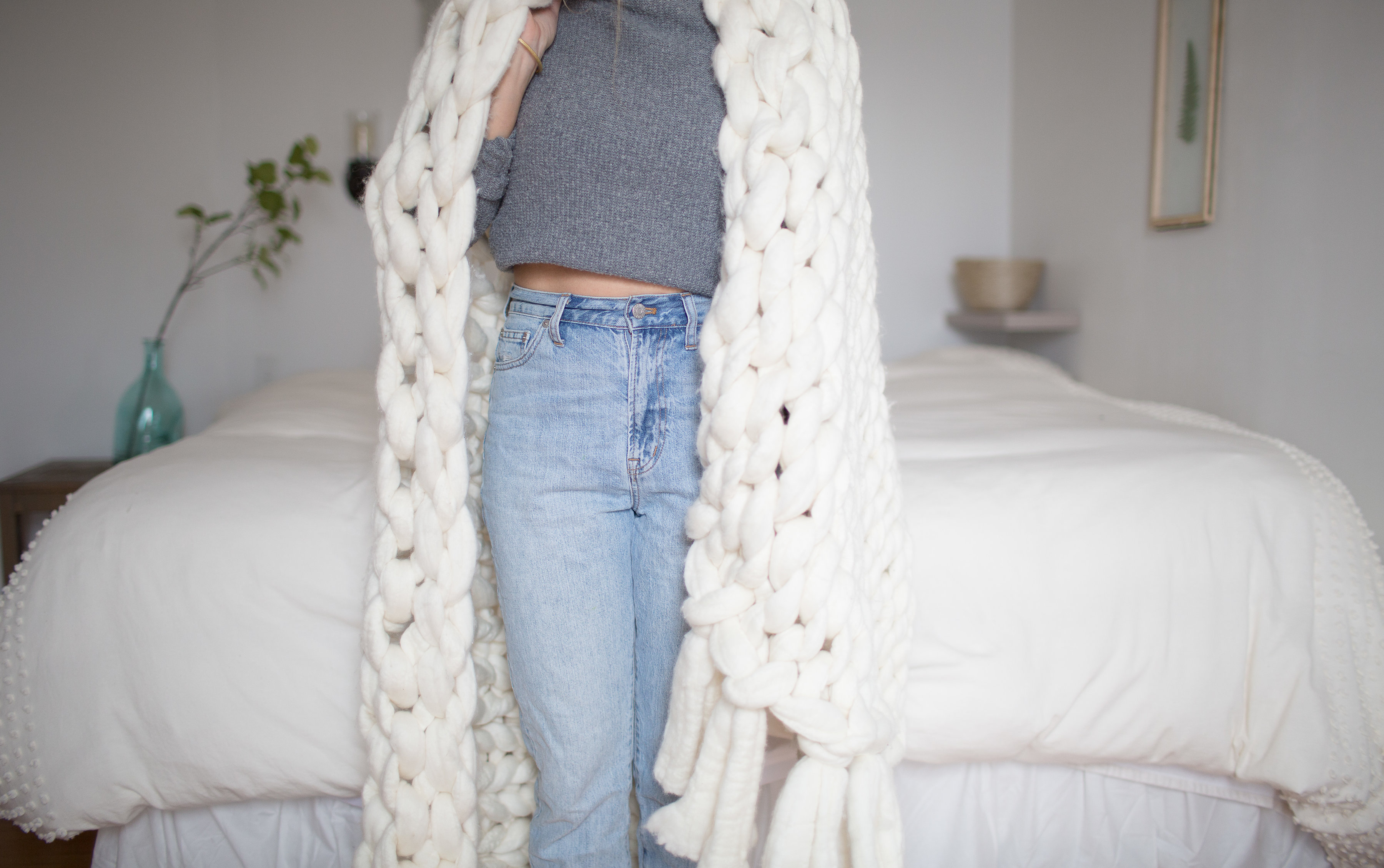 McMurry has been working with textiles for years, but her large creations have recently caught Denver’s eye — now featured in RiNo’s Modern Nomad, Mid-Mod Mall, Boulder’s Haven and now Hygge Life (a Scandinavian style home decor shop that recently had a pop-up boutique in The Source Market Hall).

McMurry works inside an old ’20s, barn-like, four-car garage studio near her home in Denver, hand dyeing the heavy fibers for hours. It’s a timely process accompanied by harsh fumes but she’d have it no other way. It’s all in the name of art. For McMurry, working on the wool creations began after leaving her buyer position at a high-end fashion company called JAEGER in London.

“When my husband and I decided to move back to Colorado, I didn’t know what I was going to do for work, and so I kind of just started. I got in touch with one of my suppliers and I asked them if they’d be willing to supply me with Australian merino wool. Then I started small-batch dyeing, out of my 300-square foot apartment in London, which was crazy. All my neighbors reported me to the council. I’m pretty sure they thought I was making drugs or something,” McMurry said.

When McMurry finally moved to Denver in 2016, she had already begun making heavy-knit blankets and yarns out of 100 percent Australian merino wool. Merino wool is regarded as the finest and softest wool and comes from the Merino sheep, which is primarily found in Australia and New Zealand. Broadwick Fibers was named after her time in London.

“Broadwick Street was the street I worked on in London and that’s where I learned everything I know about fibers and dyeing. I named the company after that street. There’s a lot of old tailoring companies there and fabric stores in that district,” McMurry said. 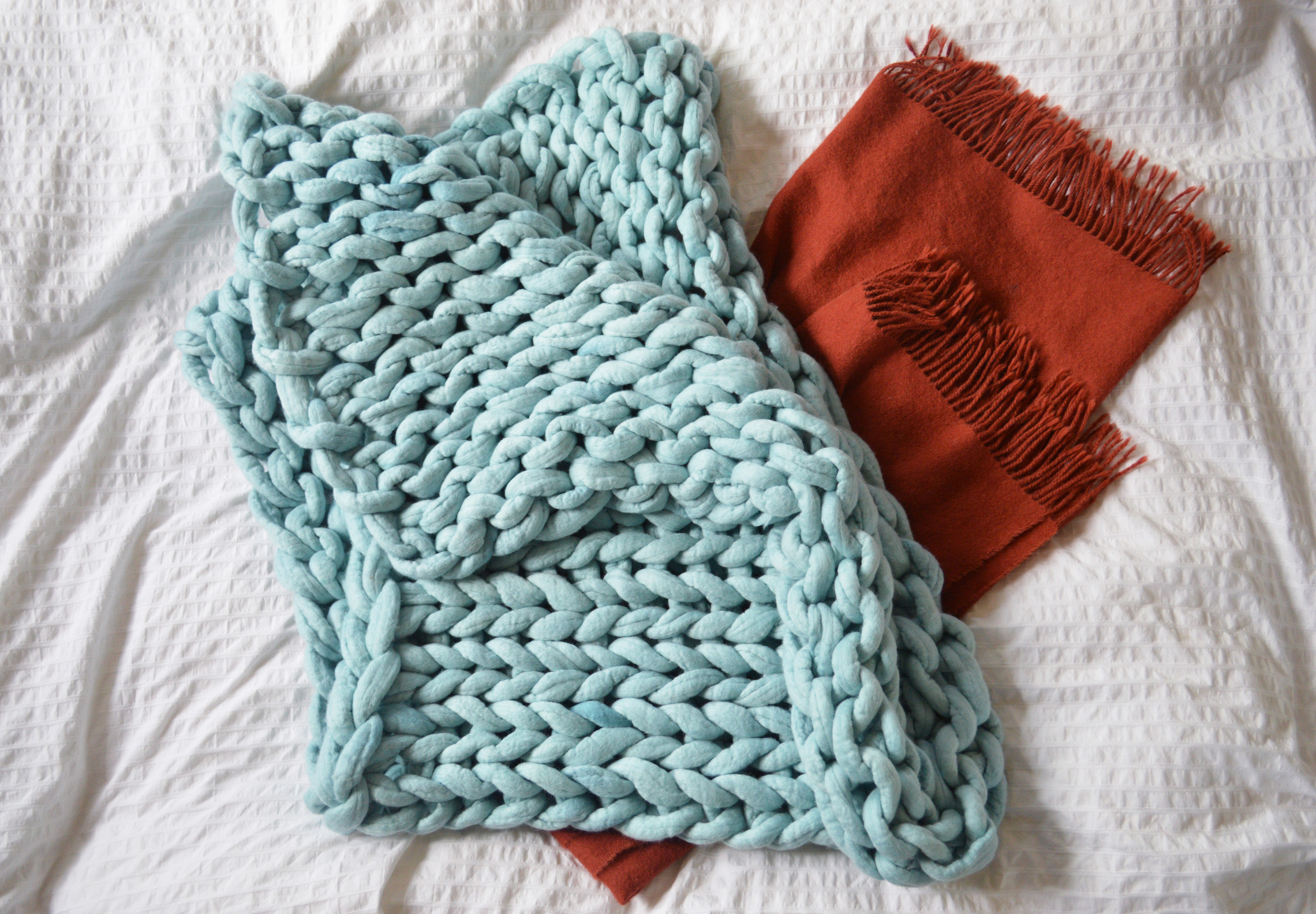 Apart from selling at local shops, Broadwick Fibers has blankets, wall hangings and yarns in an assortment of colors available for purchase online. McMurry even features YouTube tutorials on how to make your own heavy-knit blanket using her yarn.

As for making the yarn itself, McMurry does it all by hand — first hand-dyeing the Merino wool in small batches of up to 10 pounds and then using a technique called felting. She describes felting similar to shrinking a wool sweater in the wash. Felting involves molding the raw fibers into a fabric using a cold-water bath, which makes the Merino fibers long enough to create super chunky yarn that looks a lot thicker than traditionally spun wool.

Felting only takes 20 minutes, but McMurry says dyeing the wool takes up to an hour and a half and then dries for up to five days. Broadwick Fibers offers 27 dyes to choose from, but McMurry says if you are looking for a specific color, she can also create a custom dye for an added fee of $40. Creating a custom dye isn’t easy either. It involves playing around with temperature and stirring depending on the hue you’re trying to achieve.

Although the blankets and yarns are bestseller items especially during winter months, McMurry says her favorite creations are the wall hangings. She started making them six months ago using yarn scraps. “I end up with a lot of two-foot pieces of yarn that are leftover. That’s really where the weavings came from. It’s a place to be more sustainable. Also, I’m not making the same thing all the time,” McMurry commented. She added, “they’re a lot more artistic. Blankets are pretty seasonal and it’s slower in the summer, and I just kind of needed a creative outlet.” 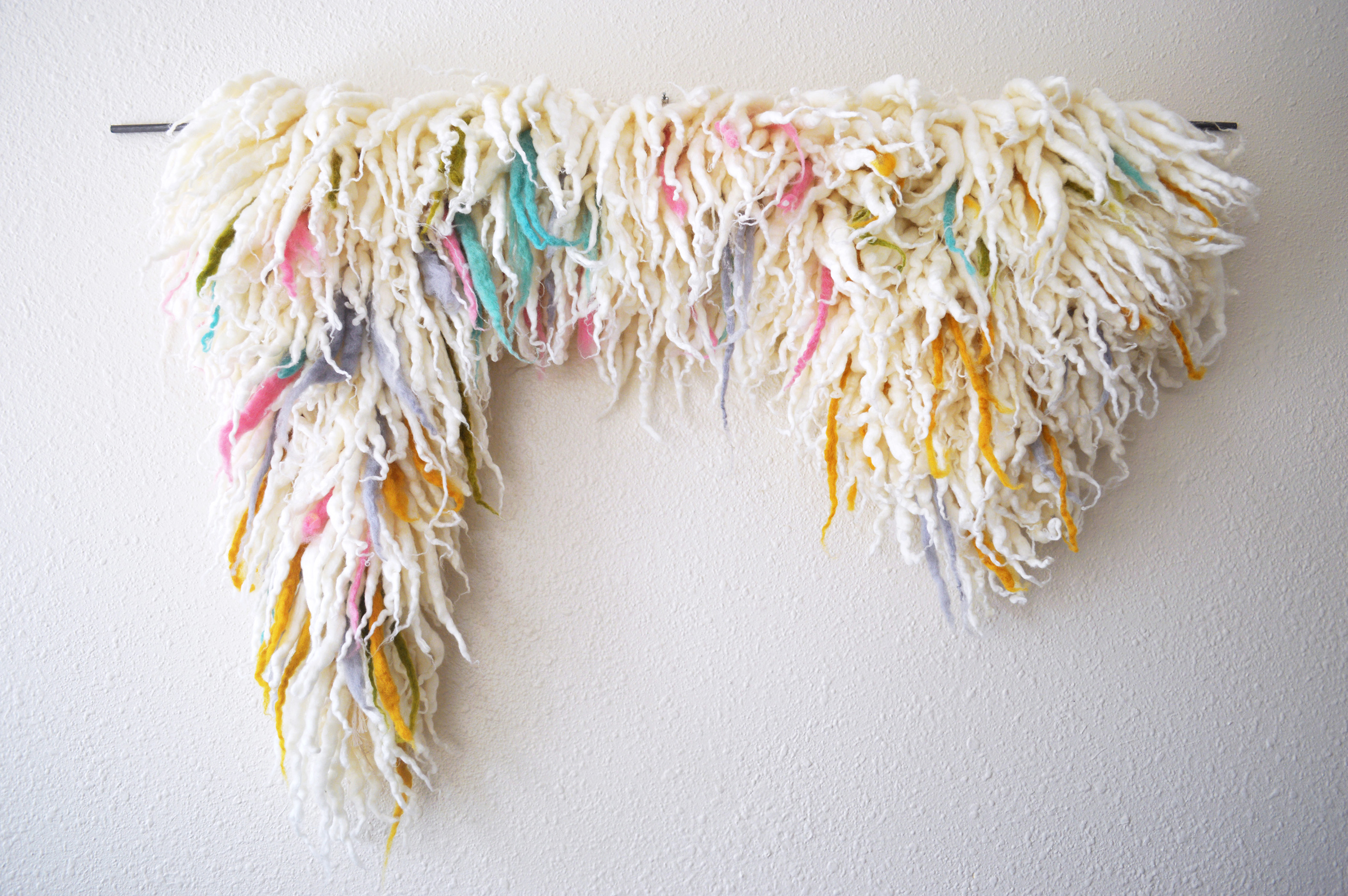 According to McMurry, no two wall hangings are alike. “They’re all unique. I will recreate something if someone requests it, but no two are ever going to be exactly the same because I can’t reproduce them. They’re all one-of-a-kind pieces,” she said. “But I make sure it’s the way they envisioned. I take so much enjoyment in the creative process of bringing someone’s vision to life. That’s really exciting for me.”

If you’re wondering how big these projects get, McMurry’s largest blanket was 100 by 100 inches to fit a king-size bed, and her largest wall hanging was 50 by 70. There aren’t really any size restrictions at Broadwick Fibers.

Although McMurry advises her customers to mainly use their blanket as an accent throw on a sofa or bed, she is happy her customers are using them in different ways. She even offers a re-felting service and will clean and re-felt your piece if it becomes dirty or damaged. McMurry wants your piece to last for generations. She believes quality is better than quantity and takes pride in selling only her handmade work.

“I think there’s something really beautiful about supporting local artisans. I think it’s important in this fast-fashion economy that we live in. My grandmother would always be like ‘Buy the more expensive thing and buy it once,’ so I feel the same way about every textile that I make. They really are meant to be heirloom pieces,” she said. Then added, “there’s nothing quite like fiber art.” 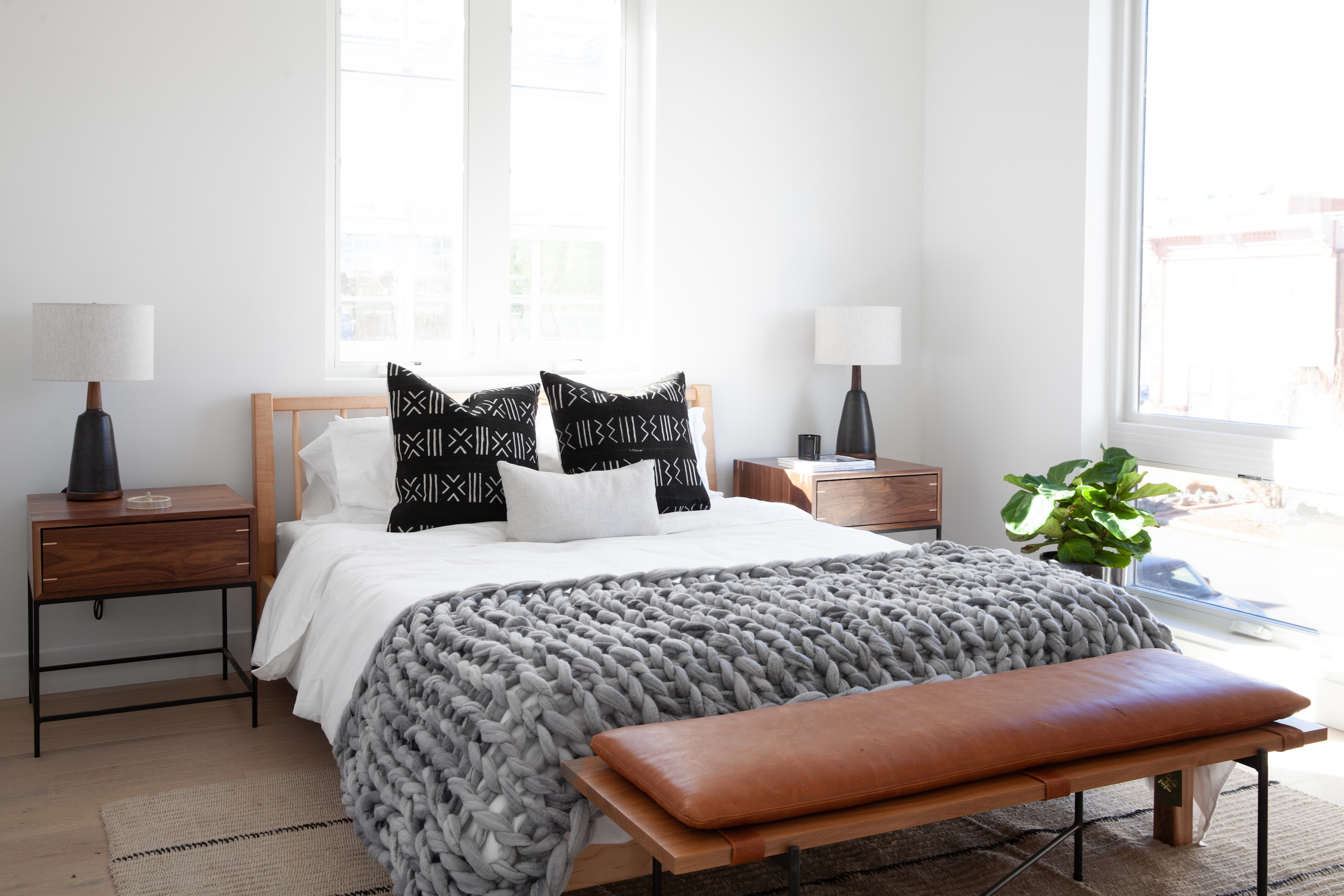 Broadwick Fibers does not have a storefront location. You can schedule a studio tour by making an appointment and contacting Camille McMurry at [email protected]