Even those who don’t follow the art scene probably know who the artist Andy Warhol was. Maybe a reminder of what exactly Warhol did (think cans of tomato soup or Marilyn Monroe, for starters) will help jog your memory, but ultimately the pop-art icon remains a household name.

Aside from the actual visual art he produced, Warhol’s legacy lives on beyond through words he spoke and a way of making art that he popularized. And Denver has a connection to Warhol through the friendship of lifelong resident Mark Sink. Sink has made his own mark on the Denver art scene as a co-founder of the Museum of Contemporary Art and by founding the Month of Photography — a biennial event that brings together loads of local galleries and photographers — as well as through his own beautiful, sometimes heartbreaking pictures.

Sink met Warhol in 1981 in Fort Collins, and thereafter the two creatives enjoyed many years of rapport and friendship. In honor of that connection, Sink curated an exhibit at Station 16 Gallery in The Source Hotel which features silkscreens and prints of quotes the artist said during his life. Called From A to D and Back Again: Untold Stories of Andy Warhol with Mark Sink, the exhibition starts on Thursday, January 24 and remains on view until February 24. Though the Station 16 staff created the silkscreens, Sink will share memories and photography from his years as Warhol’s friend on the opening night.

About the first meeting with Warhol, Sink remarked, “honestly at first it was a big let down to see how insecure he was and how he allowed everyone to do everything for him. As time went on I realized the genius in everything he was doing. He was way-way ahead of his time with reality TV, in art, in photography….in star worship and magazines…everything he did was brilliant and is still fresh today.” 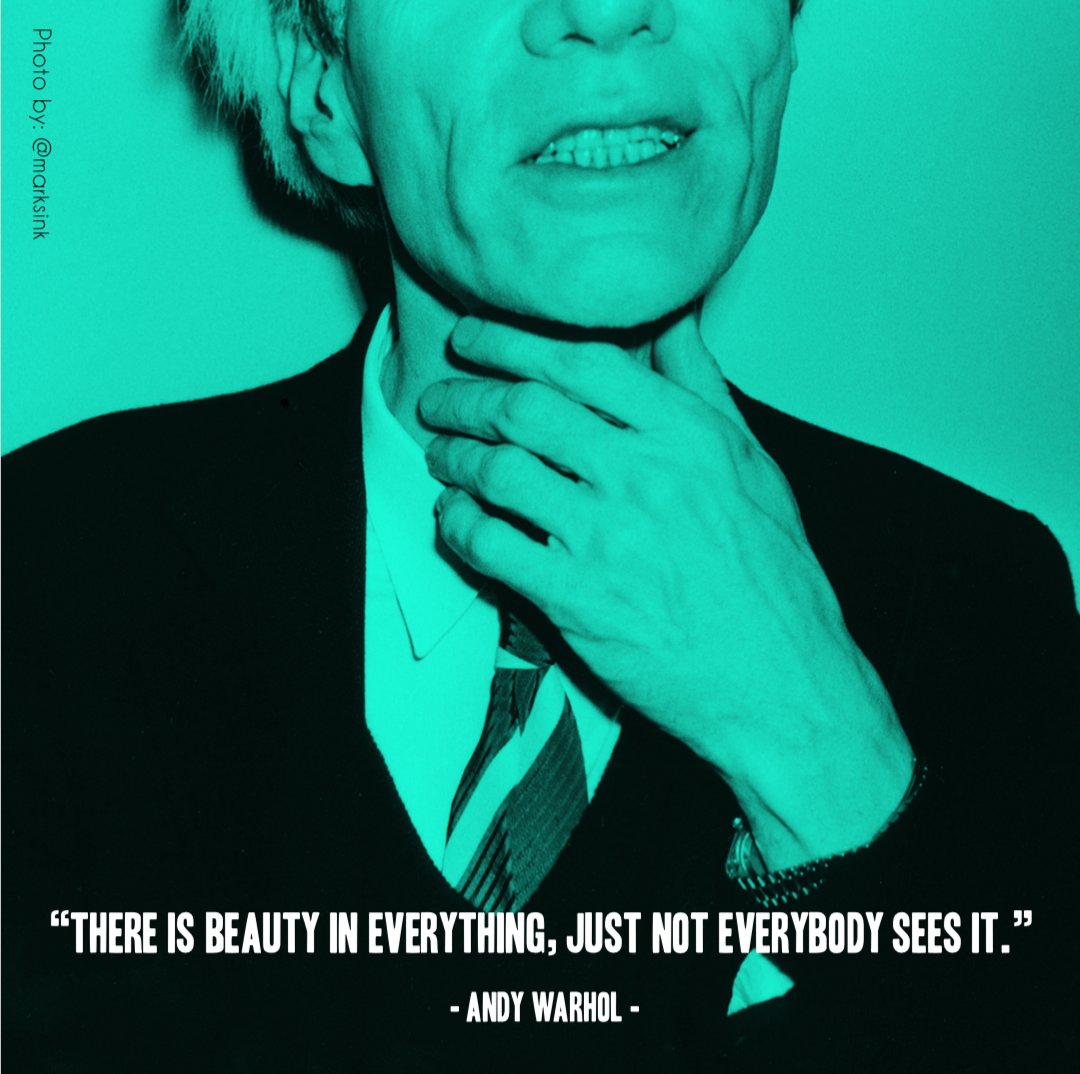 Although to long-time Warhol fans, the sentiment that the artist was a little “lazy” (read: didn’t make everything from scratch)  is well-known, the revelation here is that knowing Warhol was not perfect hasn’t tarnished Sink’s respect for him. We asked Sink if Warhol was as odd as we imagine him to be, and he responded “He was very very smart and inquiring and well versed in art history…very talkative and very outgoing. After a couple [of] vodka tonics, he was a chatty Kathy. He was very concerned about his skin and visual image. To answer your question he was very different than his public persona when interviewed…or on the Love Boat.”

Since the exhibition will feature many of Warhol’s own quotes, we also had to ask what Sink’s favorite is. His answer? “Art is anything you can get away with.”

Untold Stories with Sink will happen on Thursday, January 24 from 7 to 8 p.m at Station 16 Gallery at 3330 Brighton Boulevard.