Review – Thom Yorke Was A Vortex of Beauty at The Paramount

There’s no telling what many people would give for a chance to rummage through Thom Yorke’s mind, and no telling what they’d find. Through his solo self-titled projects and his work with Atoms for Peace and Radiohead — amongst other things — Yorke consistently reveals nothing short of creative genius. He’s technology-focused yet emotionally forward — a binarily opposed individual who quite literally goes against the grain of expectations to create something well-intentioned and mesmerizing. Yorke has once again stepped into the fray of his solo work with a new tour and material to boot putting a hold on his Radiohead duties earlier this year. Stopping through the Paramount Theatre Tuesday night, Yorke was a winding and wreathing figure of irregular rhythms and sights — a transfixion of the utter brilliance of his mind.

The gorgeous interior of the Paramount Theatre felt particularly suited for the night’s guests. The beauty and the grand aesthetic within served to magnify the music on the stage.  The opener, cellist Oliver Coates kicked off the night — a beautiful conglomeration of devastating strings amidst rattling electronics. For much of his piece, Coates was short on words and immersed in darkness, however, his cello spoke for him. As the pre-programmed electronic flurry fizzled and popped from his MacBook, Coates armed with his bow, cut through the theatre — filling the expansive space from the orchestra level to the mezzanine. It was classical elegance fronted by a modern façade, the result of which left the audience speechless. Although a deep contrast of a performance, when the darkness finally lifted, the beauty of its concept remained. The many cheers, breaking the fixated quiet as he left the stage affirmed it. 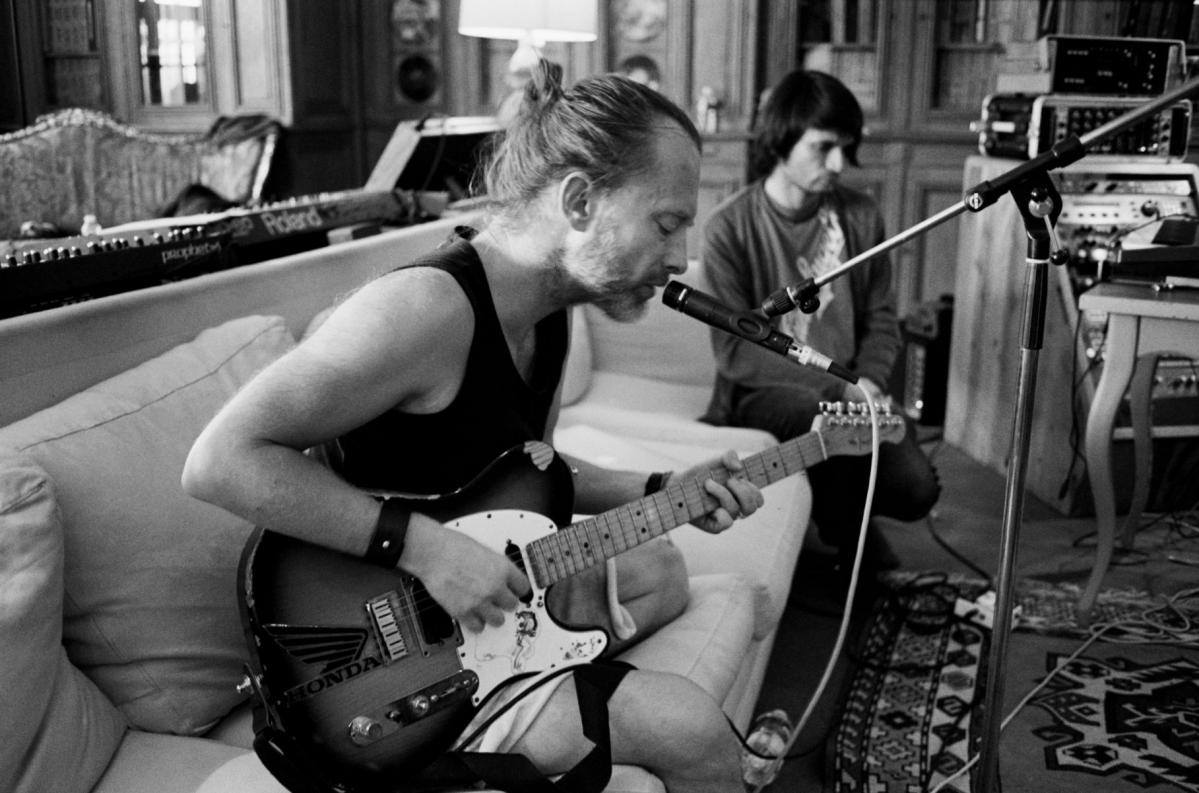 Backed by glowing panels with abstract animations running across them, Yorke was much in the same vein as Coates. Beginning his set with the faint piano intro of “Interference,” Yorke floated his pure voice over the mounting electronic atmosphere surging underneath. Accompanied by longtime Radiohead producer Nigel Godrich and visual artist Tarik Barr, the electronic show erupted in a burst of sound and light as he surged into bubbling “A Brain in A Bottle.” Skittering beats merged with Yorke’s haunting voice and collided with the frenetic animations at his back. The scene was akin to finding yourself lost in the matrix without an escape. Disarmed and equally disconcerted, the audience sat transfixed as Yorke contorted his body to the feverish tunes.

Covering ground from his recent Suspiria soundtrack, back to his 2006 solo debut The Eraser, Yorke seemed to sequence through his timeline as if time itself didn’t exist. The perpetually smooth, laminar flow of a set unraveled and came together, just to repeat again and again. Whether it be the captivatingly bass-led “Black Swan” or the crunching void of Atoms for Peace’s “Amok,” everything came together in a vortex of beauty held in constant with Yorke’s voice. With little breaks in momentum and little cause to pause, Yorke and company probed us with the increasingly evasive electronics and Yorke’s piercing voice.

Going into the performance, it was difficult to foresee where Thom would maneuver his creation. However, once the set began, it was clear that Yorke had his sights set on evolution. Between the visuals of Barr, the music from Godrich and Yorke, the session was singularly focused on the topic but allowed our collective emotions dictate its course. It was a rare performance steeped in art, to the point of embodying it. A full day later, many are surely now collecting their thoughts on it — deciphering what they had seen. As it is Thom Yorke, this is the process — a part of his process. Yorke packed his “Tomorrow’s Modern Boxes Tour” with mere glimpses of the workings of his mind, to unpack it, was nothing short of brilliant.