For some reason, food always tastes better cooked on the campfire under the stars than it does at home. In Aspen this winter, you don’t have to pack your tent to enjoy the same fire-roasted feast. Warm après-ski cuisine is the name of the game in this cozy Colorado ski town. That’s why chef Daniel Humm selected The St. Regis Aspen Resort as the scenic venue for his esteemed restaurant Eleven Madison Park (EMP)’s third location, a winter pop-up that will only be available until April 2019. 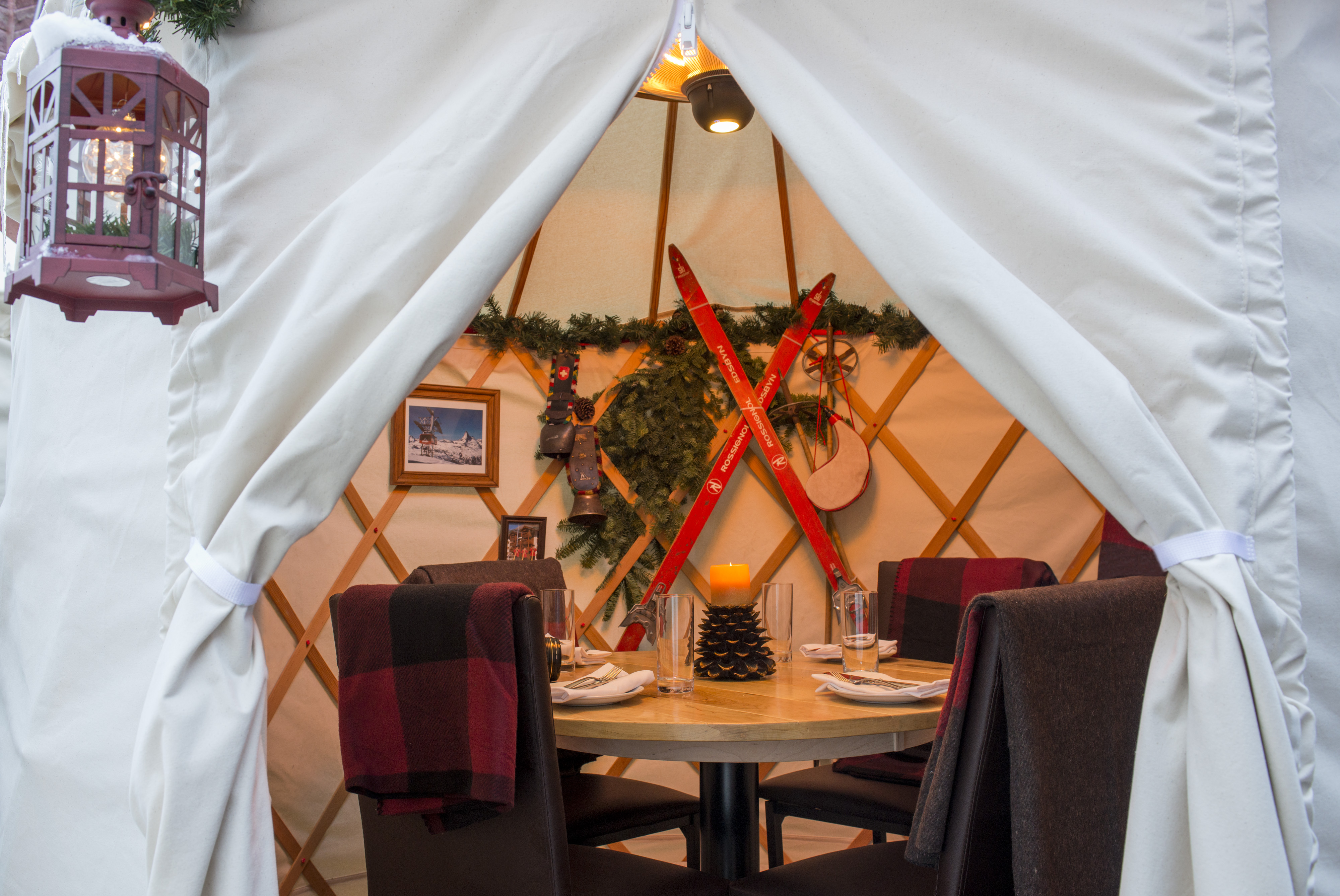 EMP Winter House officially opened Saturday, December 15 and has already attracted numerous guests to dine yurt-style or in the stunning main dining room beneath a snowflake ceiling at the St. Regis. With a menu filled with lavish delights such as caviar and foie gras, hearty soups like butternut squash and consommé, schnitzel and delicious seasonal cocktails spiced and sweetened to perfection, Humm’s latest masterpiece of a menu is anything but boring.

Eleven Madison Park in New York City, which is typically known for its upscale, Art Deco design and American entrées was named one of the best restaurants in the world.  We’re thrilled they brought their A-game to Aspen but they seem to leave the Manhattan mien at home. After all, this is Colorado, and we don’t love having a dress code. Puffy coats are perfectly acceptable when dining yurt style since you’re outside (even though the yurts are heated), and the warm ambiance and laid back playlist of John Denver let you enjoy the fancy fare without thinking too hard about fine dining decorum. 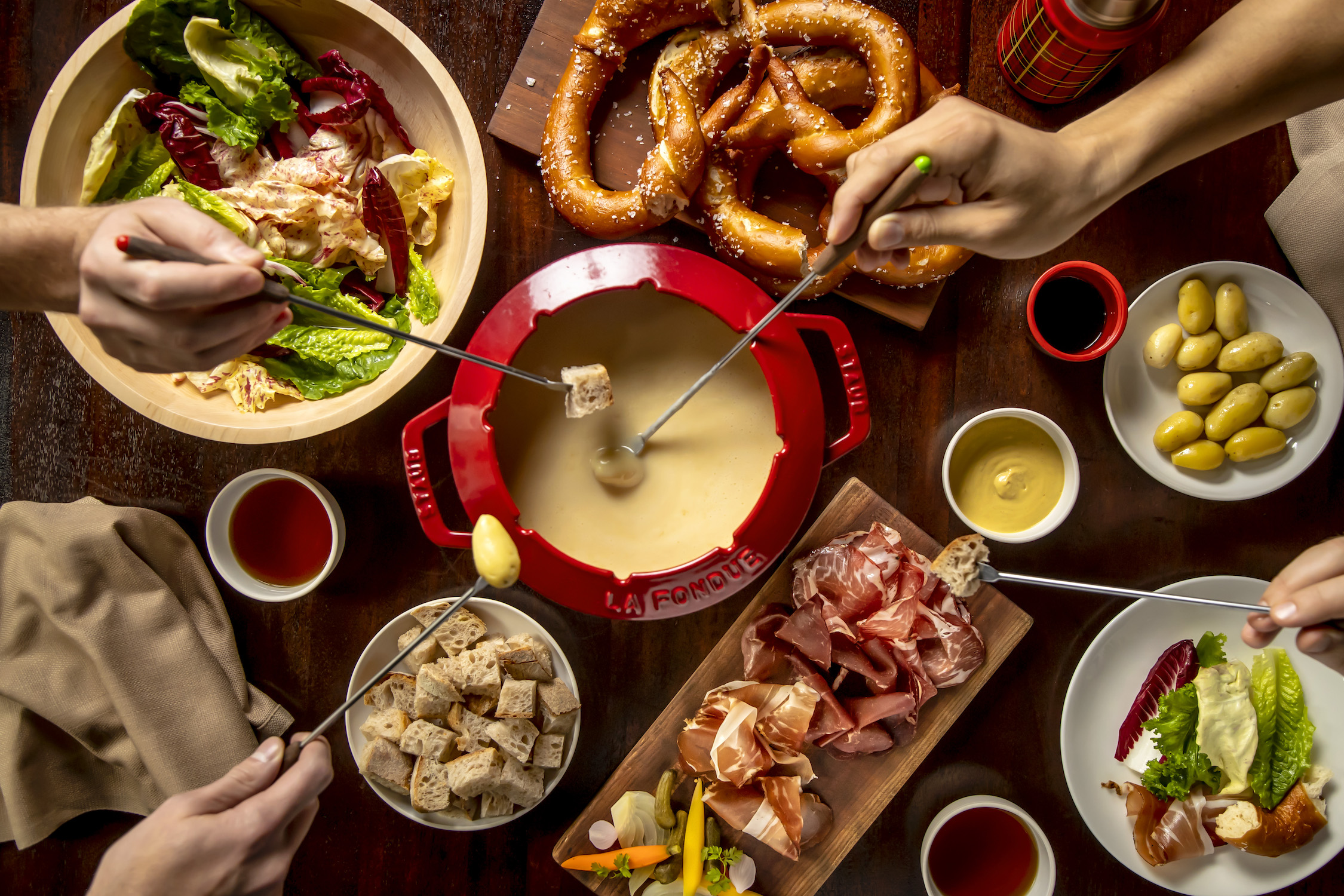 Photo by Gary He.

According to Elizabeth Moore, Dining Manager at EMP Winter House, the dialed-down atmosphere and menu is inspired by Switzerland, Humm’s home country.

“He grew up in a small town and obviously skiing and snow and that whole environment is part of his lifestyle. There was no better place than Aspen since it falls in line with his style of home cooking,” Moore said.

Notably Swiss items on the menu include the charcuterie of Swiss cured meats, veal schnitzel, Zurich-style chicken and potato rösti. Our favorite, in particular, was the spätzle — a soft egg noodle side dish seasoned for savory consumption post-heavy entrée.

Humm’s menu at the Aspen pop-up experiments with his nostalgic comfort foods, but also explores other flavors of Bavaria and France such as seafood specialties and roasted meat respectively, with some American familiarity—truly a melting pot, and we’re not just talking about the fondue.

Moore also says the Aspen menu is completely catered to their Colorado pop-up, meaning you can’t order these dishes in New York.

“This whole menu is completely different. It’s created just for this restaurant. We haven’t used any of these dishes in the past. This is curated for Aspen, for skiing and for the whole theme of the Swiss chalet-inspired menu,” she said. 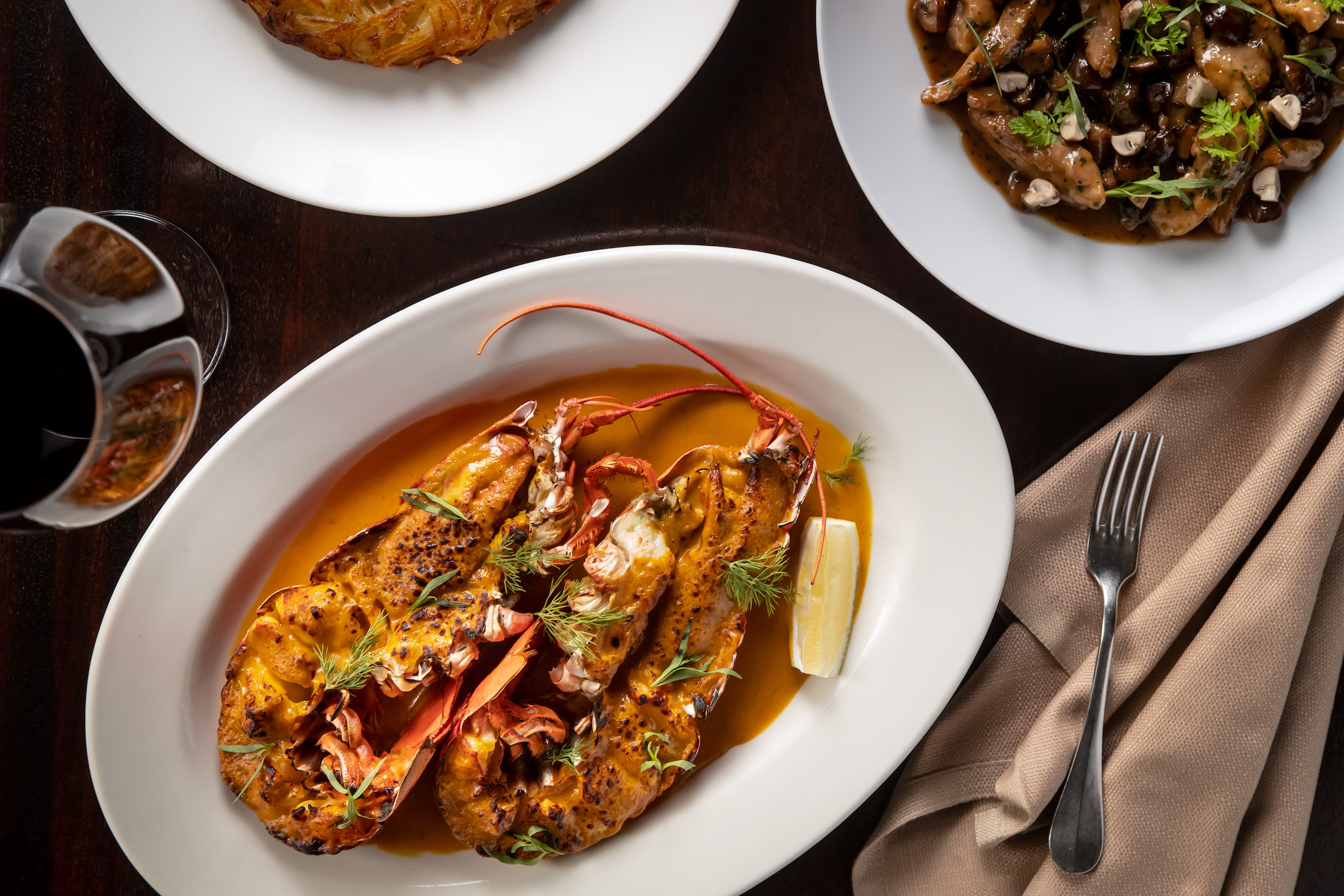 Photo by Gary He.

EMP even goes so far as to personalize each yurt. Each of the nine dining yurts and the bar yurt is completely designed with a theme in mind. Adorned with old ski gear, snowshoes, handmade blankets, old framed photographs, and other unique vintage artifacts from earlier days, the yurts are inspired by wintery places around the globe that tell the same story of a love for skiing. The EMP yurt design staff also incorporated reminders of New York with décor from the 1932 Winter Olympics in Lake Placid.

In Moore’s opinion, the whole experience is a lot like glamping. But the best part is being outside in the frigid mountain air.

“We decked out the trees in lights. It’s really beautiful when the snow falls. You get the snow on top when you’re inside the yurt. You can see it through the clear roof,” she said.

Overall, a night at EMP is a picturesque winter escape that will warm your insides and make you daydream about moving to the Alps and permanently hiding under layers of sheepskin. It’s not every day you dine in a yurt, and it’s not every day you feed your soul quite like this.