Sonic Bloom is Bringing Back Opiuo, Gramatik and Emancipator Ensemble for 2019

On Friday, November 9, Sonic Bloom Music Festival dropped phase one of the 2019 lineup. Returning to Colorado for the 14th year in a row, Sonic Bloom remains a staple for electronic, jam, funk and music lovers of all flavors. This year, Sonic Bloom brings a healthy mix of electronic and instrumental artists, with Opiuo, Gramatik and Emancipator Ensemble headlining the event.

Sonic Bloom remains at Hummingbird Ranch in Spanish Peaks County, Colorado and takes place Thursday, June 20 to Sunday, June 23, 2019. Tickets are on sale for the event and are currently $164 for a full weekend pass.

The 2019 line-up is stacked with talent  — Opiuo, Gramatik and Emancipator Ensemble all headlined their own shows at Red Rocks this year. Opiuo is at the top of his game. After bringing a 20-piece orchestra to Red Rocks in April, he’s continued to push himself to the limit and we expect nothing less at Sonic Bloom. All three headliners are veterans of Sonic Bloom, with Opiuo making his first appearance in 2013,  Gramatik in 2011 and Emancipator Ensemble in 2012. 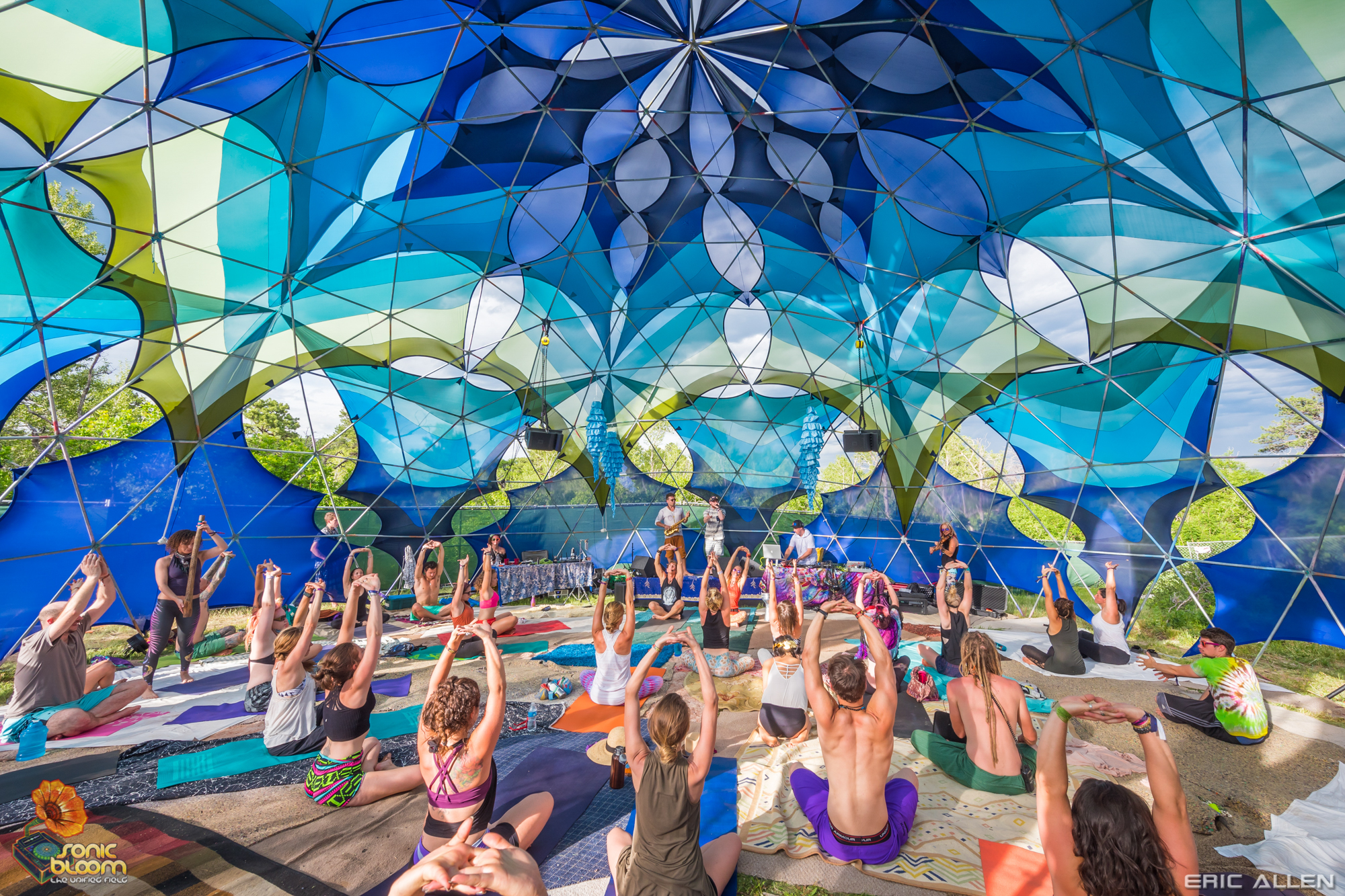 With three stages of music and an already talent-packed line-up, there’s a clear focus on the musicians at this festival. However, Sonic Bloom is also known for consistently bringing impressive live artists, performers and workshops throughout the weekend. There are plenty of opportunities to learn a new topic during a workshop or marvel at the variety of visual artists and entertainers embedded throughout the festival grounds.

Sonic Bloom also offers a program unique to the festival called the Sonic Bloom Academy. The Academy consists of two workshops that take place a couple of days before the festival. In 2018, the Academy offered an Ableton Live and Visionary Art “Start to Finish” series. The Sonic Bloom Academy allows participants early access into the festival grounds and dives deep into the topic covered over a period of a couple days. Even if you can’t attend the Academy workshops, there are ample opportunities to explore new subjects during the actual festival. 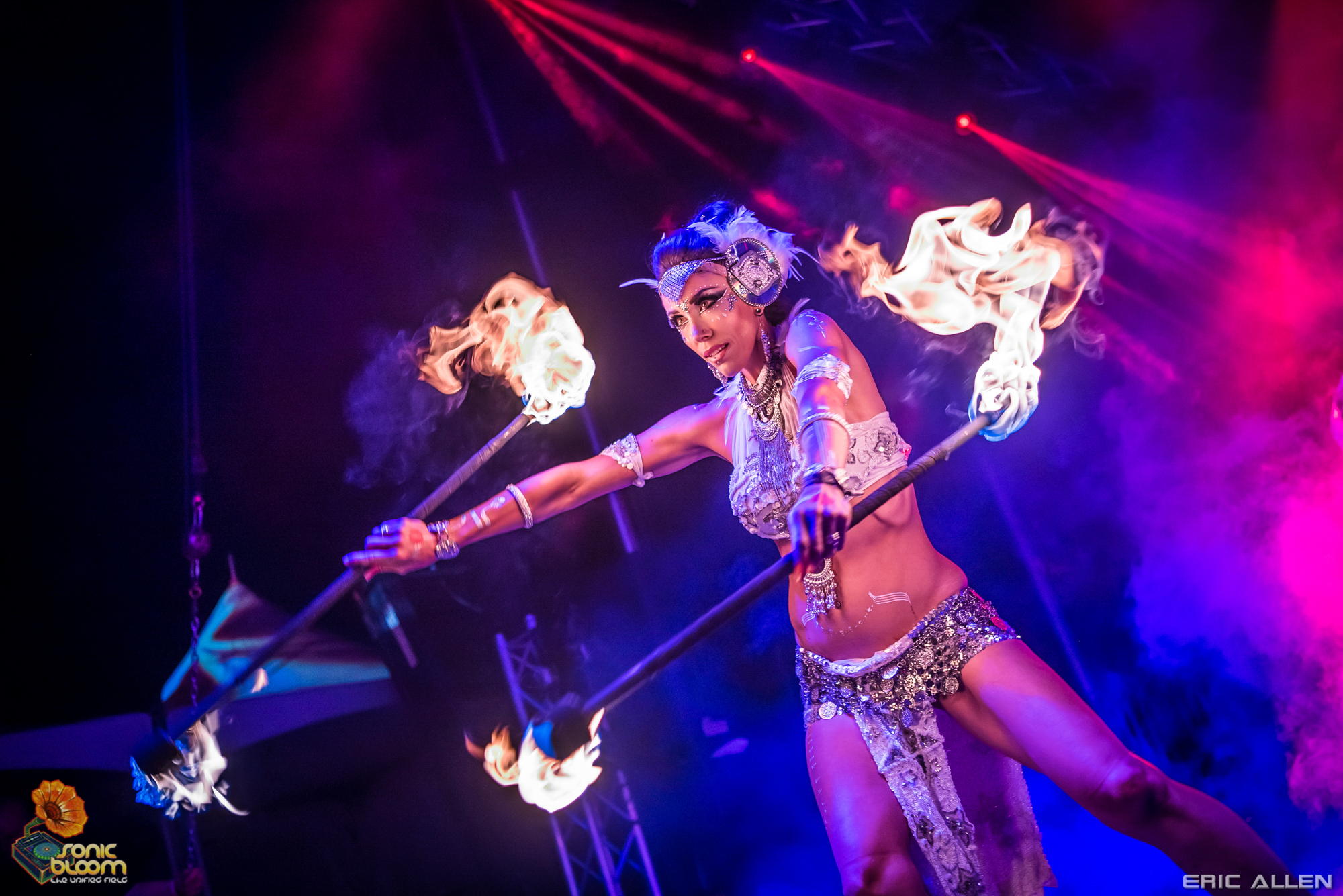 Sonic Bloom prides itself on cultivating a welcoming environment for artistic expression. All walks of life attend this event, there’s truly something for everyone at Hummingbird Ranch. Yoga classes, speakers and a diverse selection of vendors remain a staple each year at Sonic Bloom. The festival stayed true to its previous line-ups by offering a mix of veteran musicians and new faces from a mix of genres. Celebrating its 14th year in fruition, we can only expect each year to top the last in both production and talent. With an impressive phase one drop — Sonic Bloom has already lived up to its standard.

All photography by Eric Allen and courtesy of Sonic Bloom.