For a few hours Friday night, the Ogden Theatre felt like primetime on Bourbon Street. The shine, the sparkle, the bounce and the wobble took hold of the theater shaking the foundation with booty bouncing vibrations. The culprits, a conglomeration of New Orleans-based musicians — Naughty Professor, Big Freedia and Tank and the Bangas descended upon the venue in true NOLA fashion — flagrantly funky and with the sole intention of making us get down. Denver came to play — showing up, and showing out, as if answering the question at the center of this year’s biggest bounce hit, Drake’s “Nice For What.” To Big Freedia’s own speculation — “I wanna know who mothafuckin’ representing in here tonight?” — it was Denver, of course, and it was wilder than you could imagine. 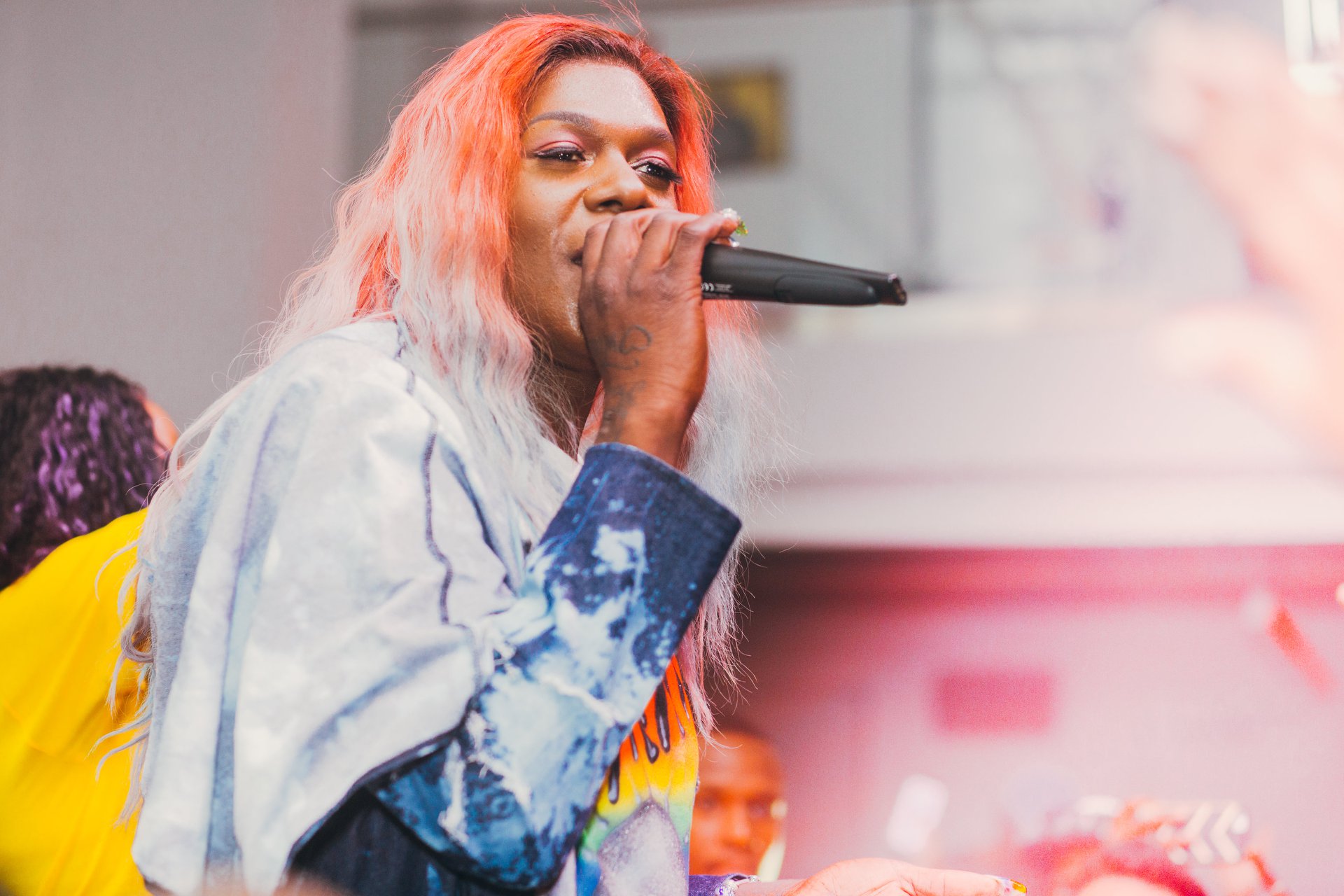 Opening the performance, Naughty Professor wrangled early onlookers into the rambunctious creole function. Swinging horns and grooving basslines drove the crowd to the main event of Big Freedia and Tank and the Bangas. While Big Freedia was second on the lineup, she made sure to be the first and foremost on our minds. Strolling out with members of Naughty Professor, her touring DJ and three NoLa back up dancers, Big Freedia came to run the show.

Promptly breaking into the timely “Karaoke,” in which Lizzo sings, “touch down on the stage and know, bitch, I ain’t come to play,” Big Freedia took the words to heart, scatting and bouncing her ass like her life depended on it. As an icon in the New Orleans bounce scene, Big Freedia gave the audience and education – covering a discography that read like a masterclass of the genre, including major contributions to hits like “Formation” and “Nice For What,” and her backup dancers the auteurs of her vision. Booties bounced on tables, in handstands, in the audience and across the ground. The Ogden was an oyster, open to discovering uncharted and un-twerked territories. Toward the end of her set, Big Freedia let the audience have at it, inviting a few to show what they were working with on stage. Denver did not disappoint, throwing its asses through the air, slamming them up and down on the floor and taking them places nobody thought they could go. But then again, that’s how they do it in the Bayou. 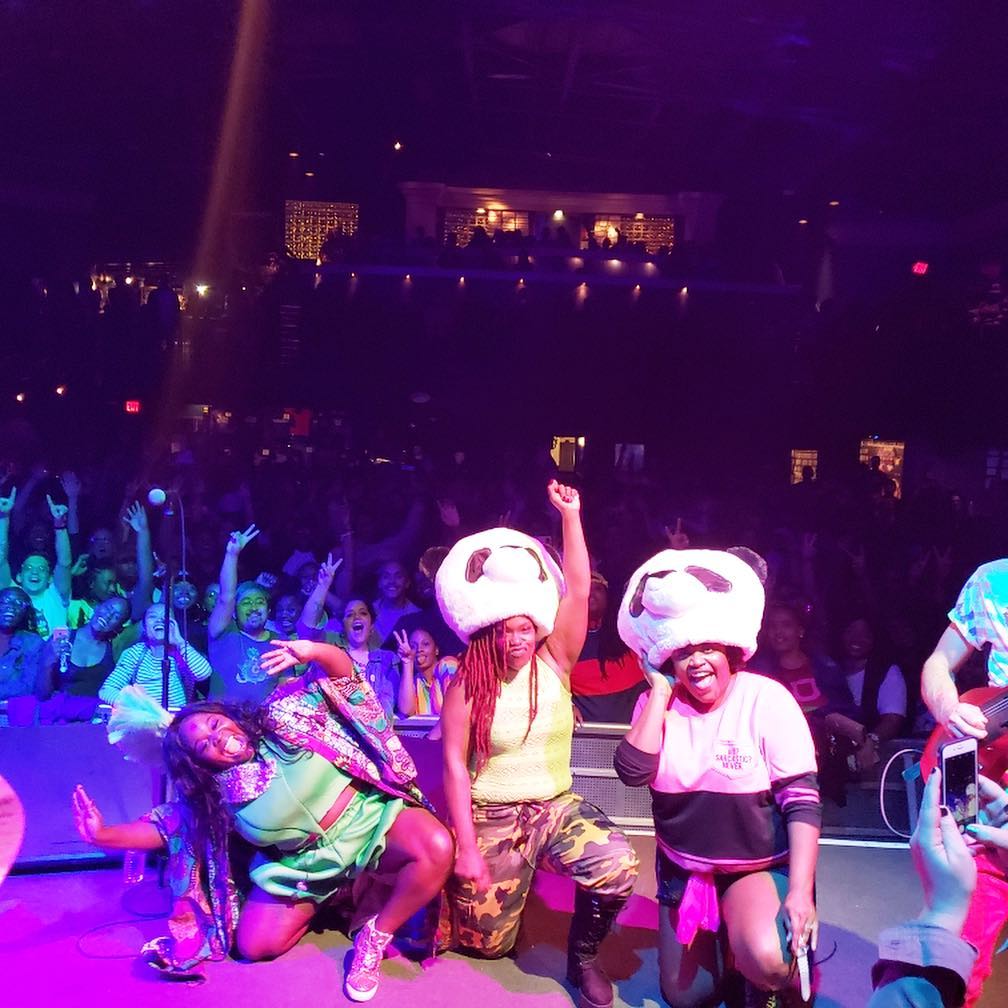 Photo courtesy of Tank and the Banga’s Facebook page

Exiting the stage to a dramatic sing-along of Whitney Houston’s “I Will Always Love You,” Big Freedia’s reign ended and Tank and the Bangas’ began. Donning Panda masks and sauntering on stage in measured steps, Tarriona “Tank” Bell made their extraterrestrial outsider presence known. The band, originally a seven-piece outfit, had ballooned to 11 people, and barreled full throttle to “Bangaville.” Sporadic in their selections but navigating us through their funk-filled fuselage, Tank and the Bangas had the audience moving between their feelings and the dancefloor. Whether it be the ominous cover of Kendrick Lamar’s “Untitled 07 | 2014 – 2016,” the communication breakdown of “Walmart,” or their wild cover of Outkast’s “B.O.B,” Tank and the Bangas were engrossing in their no holds barred performance.

Had you seen the band earlier this year opening for Nathaniel Rateliff & The Night Sweats at Red Rocks, the Ogden performance was far more dynamic, splitting the band’s tender spoken word confessionals and their turbulent covers and rambunctious bangers, offering the audience a gamut of an emotional takeaway from the show. One minute you’d contemplate the heartbreak and person caused it, and the next you’d find yourself looking for a moment of indiscretion to grind with the unassuming stranger to your side. Such was the beauty of Tank and the Bangas’ performance — it accepted the possibility for endless possibilities, as does the Big Easy itself. 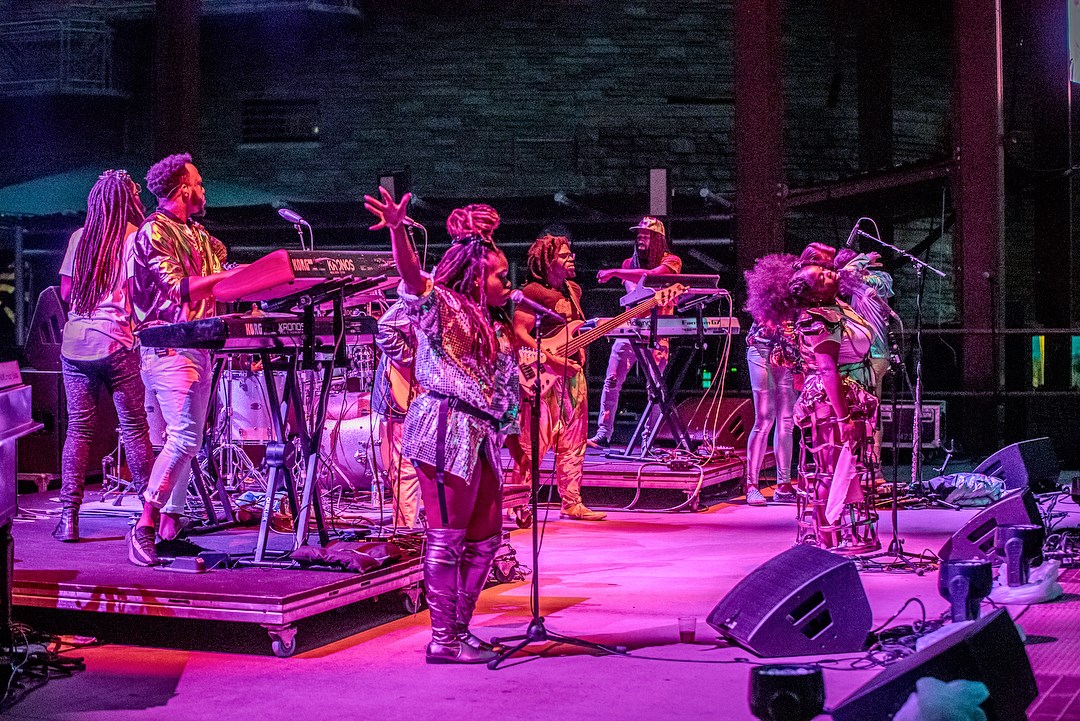 Photo courtesy of Tank and the Banga’s Facebook page.

In more ways than one, Friday night was a taste of New Orleans — an exposé into the wild and raunchy parties that consume the city and the people who make it so. Less a concert and more and all-out house-party, Tank and the Bangas, Big Freedia and Naughty Professor funked-up and soul-ed out the Ogden Theatre, as only the Big Easy can.