Review – Brockhampton Might Be The Next Boy Band Phenomenon

Brockhampton had no opening act — just the six touring members of the 15-piece rap group playing to a fairly crowded Fillmore on November 1. The self-proclaimed “greatest boy band in the mother-fing world,” according to band member Kevin Abstract, formed in San Marcos, Texas, back in 2015. They released their first mixtape in 2016 and put out three full-length albums in 2017 alone — titled Saturation I, Saturation II and Saturation III, respectively. In September of this year, Brockhampton released their fourth studio album, Iridescence, on RCA Records and embarked on their second tour, “i’ll be there” shortly after.

Though the group has been prolific early on in their career, they’ve also been met with some challenges, resulting in a peppered array of successes and failures. A dropped album here, a $15 million record deal there, as well as credible allegations of sexual misconduct against one of the group’s founding members, Ameer Vann make up part of that list. On May 27, 2018, the group announced Vann would no longer be a part of the group before canceling the rest of their first national tour. When the band performed songs that had previously featured Vann at the Fillmore on Thursday, they simply skipped over his verses.

The audience on Thursday night was very young, nearly all of them high schoolers. When rapper Mervin asked the crowd to put their hands up for the umpteenth time, hardly any wrists sported the paper bands that had been distributed at the bar. One eager fan shoved me and yelled, “What are you doing? Why aren’t you pushing back?” before he dove into the growing swell of bodies during the band’s opening song, “WEIGHT.” The show had a frenzied force that could be only fueled by the boundless energy of youth, with the crowd screaming along with nearly every word. By their fourth song, the show had devolved into a sort of call and response between the group and the audience, alternating for some time before Brockhampton moved onto their next song.

Moshing has historically been an act reserved for metal bands, but these teens needed to pop off and Brockhampton seemed more than eager to indulge them. Calls for the crowd to part in the middle became a recurring theme throughout the show.

Kanye’s “Bound 2,” was sampled and mixed into their performance of “BLEACH.” For several minutes after the final beat echoed through the massive venue, the band made audience members sing out, “Who got the feeling? Tell me why I cry when I feel it, tell me why, tell me why,” over and over. The crowd was asked to sing, then whisper, then sing once more, this time “like you really feel it,” in the words of Matt Champion. At times, the bass throbbed so hard, nose hairs even quaked with the low frequencies.

Brockhampton’s set also paid homage to the early West Coast hip-hop scene. The pitched whistling of a G-Funk style synthesizer warbled over a more modern, trappy 808. At the end of one song, Bearface gave a shout-out to Tupac. At one point all six rappers turned around, backs turned to the crowd and delivered their verses into a camera that projected onto the screen set at the back of the stage.

The fact that this group has only been around since 2015 seems even more impressive especially considering they’ve embarked on their second tour with no opening acts. One would have expected a longer set, yet Brockhampton only played for a little over an hour. Even after taking into consideration the fact that they returned to the stage for a one-song encore that involved a wardrobe change, the set overall felt a bit short. Perhaps they’ll consider a longer setlist or adding an opener on their next tour. But given the rate in which Brockhampton puts out music, a longer setlist seems pretty feasible in the near future. There is something, however, to say about the number of bodies that were on stage on Thursday — in that they became greater than the sum of their parts. All six, sporting matching blue pantsuits as though they were a part of a very well-choreographed team of car mechanics, alternated verses and hopped all over the stage. 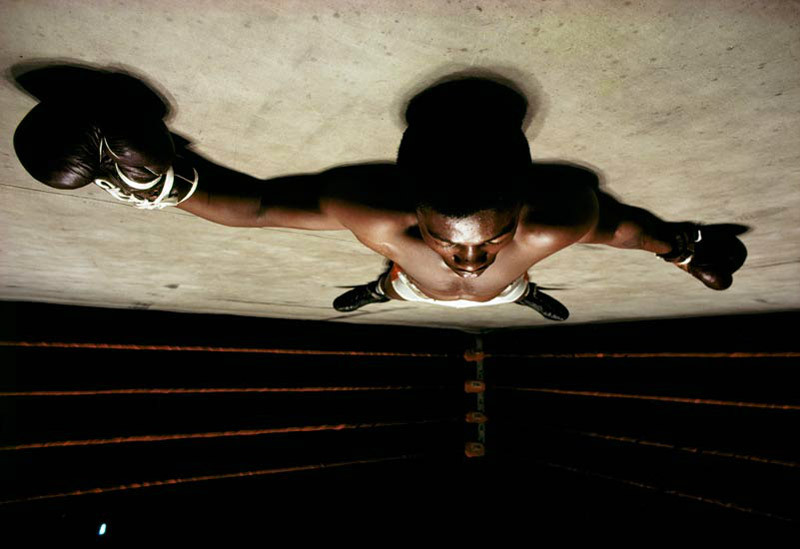 Despite some of the controversy surrounding the group, the sheer amount of fans clamoring at the merchandise table gives credence to the rest of the members’ popularity. That, coupled with Brockhampton’s powerful appeal to younger crowds, demonstrates that they’ve established themselves within contemporary hip-hop and won’t be exiting the scene anytime soon. And despite all the hitches in their burgeoning career, Brockhampton has reached a massive listening base that has supported their meteoric rise in just three short years. Ah, the power of youth.