Review – AJR Is the Musical Family You Always Wished You Were

It’s unique to find a musical family that not only is gifted but has actually made a name for themselves. The Allman Brothers come to mind, as does The Jackson 5 and The Beach Boys. Among the small, but growing list, is the pop group AJR — the family trio from New York, comprised of Adam, Jack and Ryan Met. The brother band played at The Fillmore Auditorium on November 13 to a sold-out crowd and they all made us wish we were a part of their family. 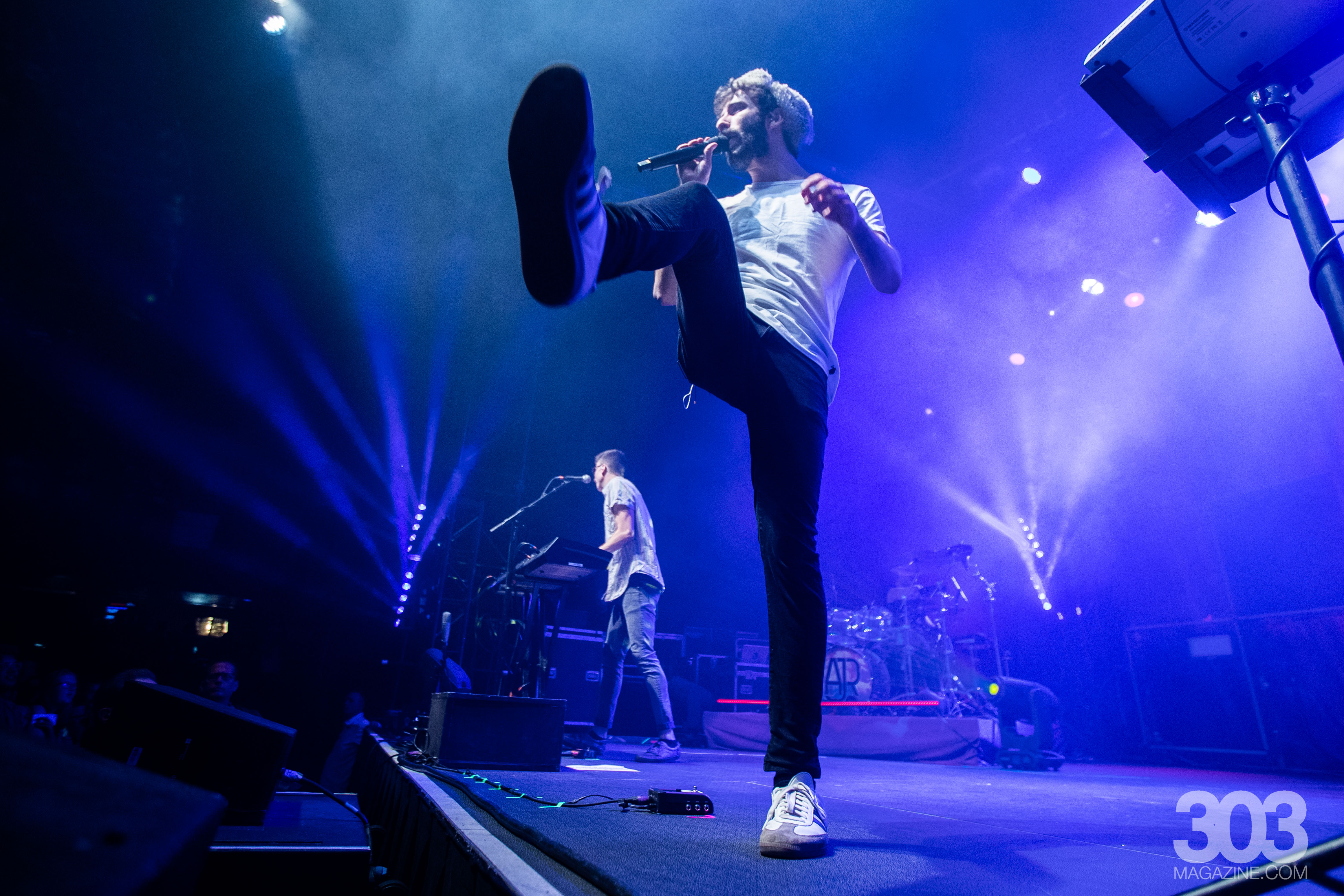 Electronic musician, Robert DeLong, opened the show at 7:15 p.m. DeLong is known for his hits, “Long Way Down” and “Favorite Color is Blue.” DeLong also recently released a new EP, See You In The Future, his first collection of new songs since his sophomore album, In the Cards, back in 2015. DeLong’s dubstep and house style of music was a strange introduction to AJR’s electronic-pop sound. But because it was strange, it fit in perfectly with the atmosphere and nature of the night.

The show began at 8:15 p.m. and for the first five minutes, AJR didn’t come on stage, instead, a mashup of their songs and beats vibrated throughout the auditorium as anticipation washed over the crowd. What makes AJR so memorable and different is the trio writes, mixes and produces their own songs and sounds. I say sounds because sometimes that’s all it is — unique but not random notes and beats that were put together to create an uncommon and euphoric melody. They mix lyrics and harmonies from songs in their album and put flips on it to create an altogether new arrangement. The first song on their debut album, Living Room, and their sophomore album, The Click, is titled “Overture.” On both albums, “Overture” serves as an introduction to the album, mixing and reorganizing the layout of the songs. The first five minutes of the show was simply a live “Overture.” 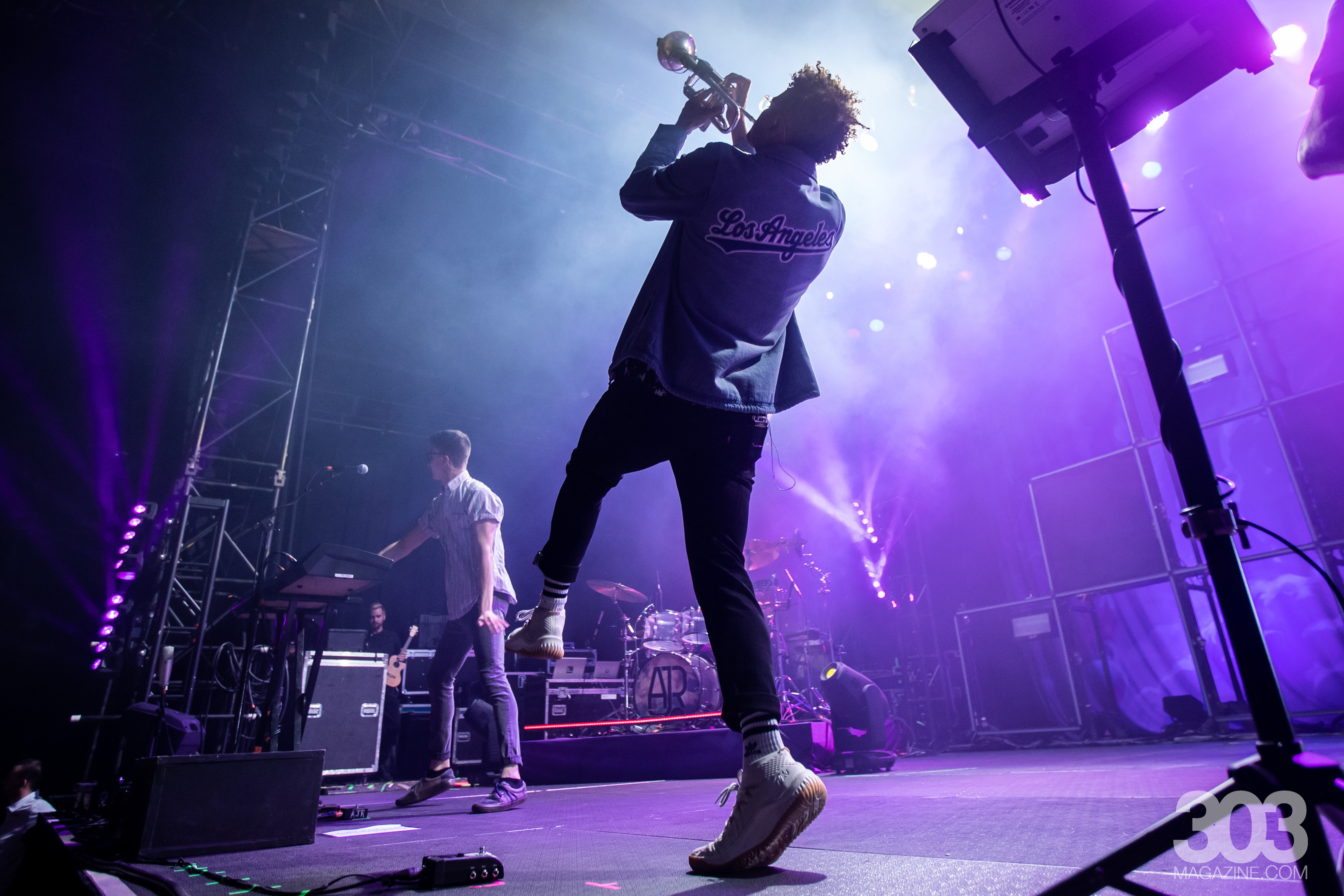 When the trio finally made their way on stage, they were met with a loud reverberating cheer that only comes from a packed venue and a sold-out show. This is AJR’s first headlining tour in Denver and they sold out The Fillmore, something Jack, the lead singer, commented on. “I always try to be cool and expect people to show up [to the shows],” he said. “But there are so many people here.” What began as a group of brothers in 2013, making music in their apartment and being discovered by Sia on Twitter, now are selling out shows and gaining over 357 million streams on Spotify — something that is no small feat and should not be quickly overlooked.

The band launched into their song, “Come Hang Out” with Jack serenading the crowd with the first verse sung in acapella, the whole crowd singing along. The other brothers then came in at the chorus — Ryan on the keyboard and Adam on the guitar. A new and welcome addition to the tour was trumpet player, JJ Kirkpatrick, adding different blends and notes to the songs. Never one to stay still, the brothers jammed, bopped and spastically danced around the stage. Other songs of the night included “Three Thirty,” “Netflix Trip,” “I’m Not Famous” and their widely popular hits, “Sober” and “Drama.” It was a performance of pure chaos and bliss. The music was upbeat and loud and everyone in the crowd was equally as spastic. This is a family who wasn’t afraid to be themselves with each other and their fans.

This fact was made even more apparent when the band took a few minutes to chat with the audience. They had a conversation not to us, but with us, something that made the show more intimate than one would expect. The brothers joked around with each other as well as members of the audience. At one point, they commented on how an audience member was singing, or in their words, projecting. When Ryan tried to replicate the face (and sound) of the audience member, Jack told him, “You look like a penguin in a National Geographic special.” He wasn’t wrong. 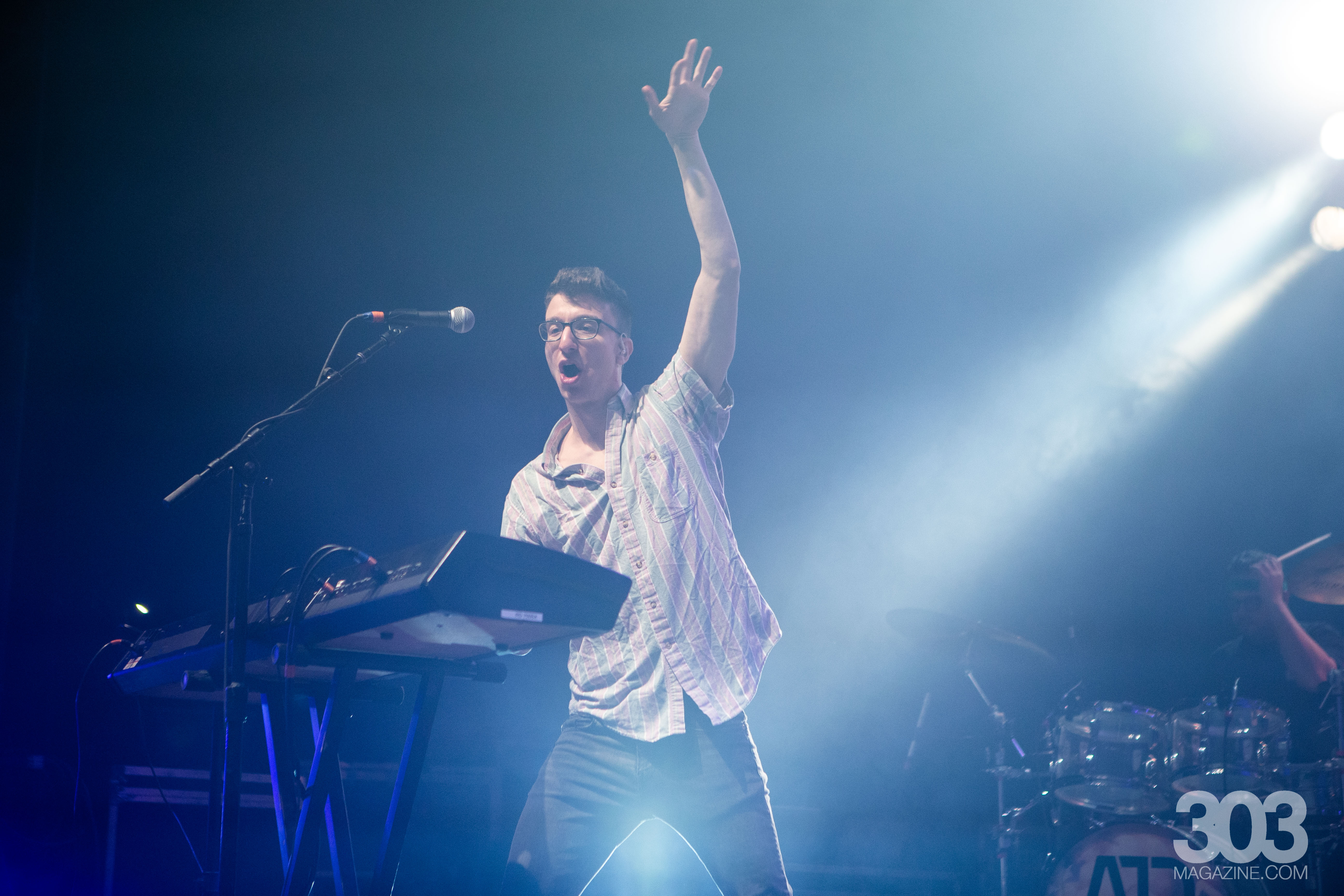 Watching them perform, their banter on stage and even the voice recording from their dad who told the audience “Don’t give a shit about what other people think,” you get the sense that this is what their life was like in the living room of their Chelsea apartment — making music, joking around and simply being a family. AJR is surely a very talented family — and a unique example of a brother band making it big — who care about each other, their fans and above all else, the music.