The Most Terrifying Halloween Attractions in Colorado You Shouldn’t Miss

Damn, Colorado really gets into Halloween. We are ready to celebrate this haunted holiday once again, and there are a lot of attractions to choose from. Whether you’re looking to be surprised out of your skin in a corn maze or be horrified crawling through spiderwebs in a spooky haunted house, there’s something on our list for you. Here are the most terrifying Halloween attractions in Colorado this fall. Don’t say we didn’t warn you.

The Dark Side of the Abbey

Where: 2951 Highway 50, Cañon City
When: Select dates through Wednesday, October 31. Click here for the official schedule.
Cost: $15 per person

The Lowdown: The Dark Side of the Abbey is a haunted attraction near the Royal Gorge Bridge in Cañon City located in the basement of The Abbey, a creepy wedding chapel that used to be a religious rehabilitation facility for those in the old Western community that needed to be cleansed of their evil ways. Filled with spooky nuns, clowns and more, The Dark Side of the Athe abbey promises to make you pray you’ll make it out without wetting yourself.

Terror in the Corn 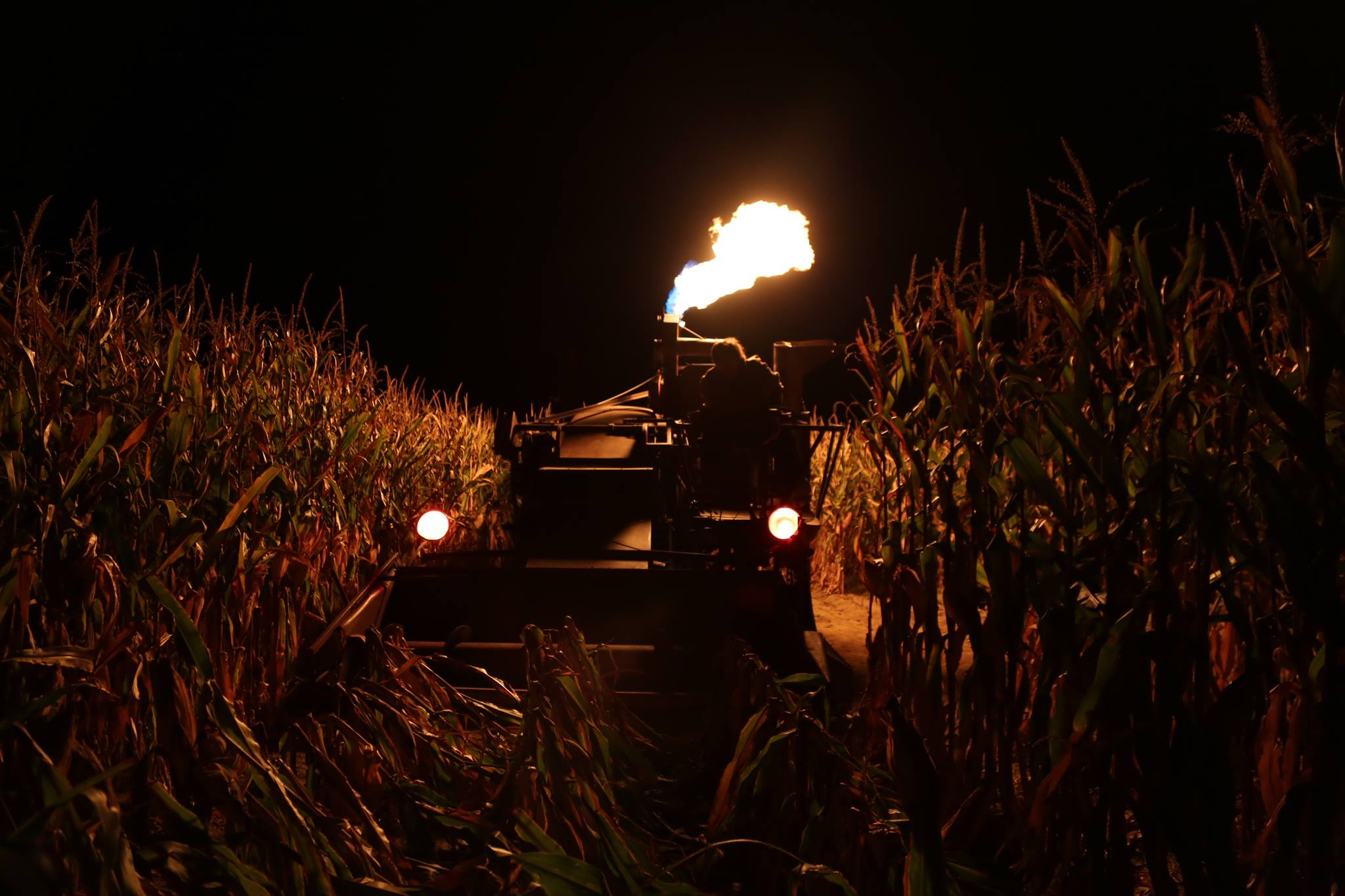 The Lowdown: Don’t think this is just your run-of-the-mill haunted corn maze. Terror in the Corn is literally terrifying, so if you’re looking for an adrenaline-pumping night out in the creepy cornstalks, this should be your number one pick. Your ticket will get you into a three-part haunt that consists of a hayride followed by a walking path that leads you to a haunted ghost town. We recommend you go with a large group for safety. 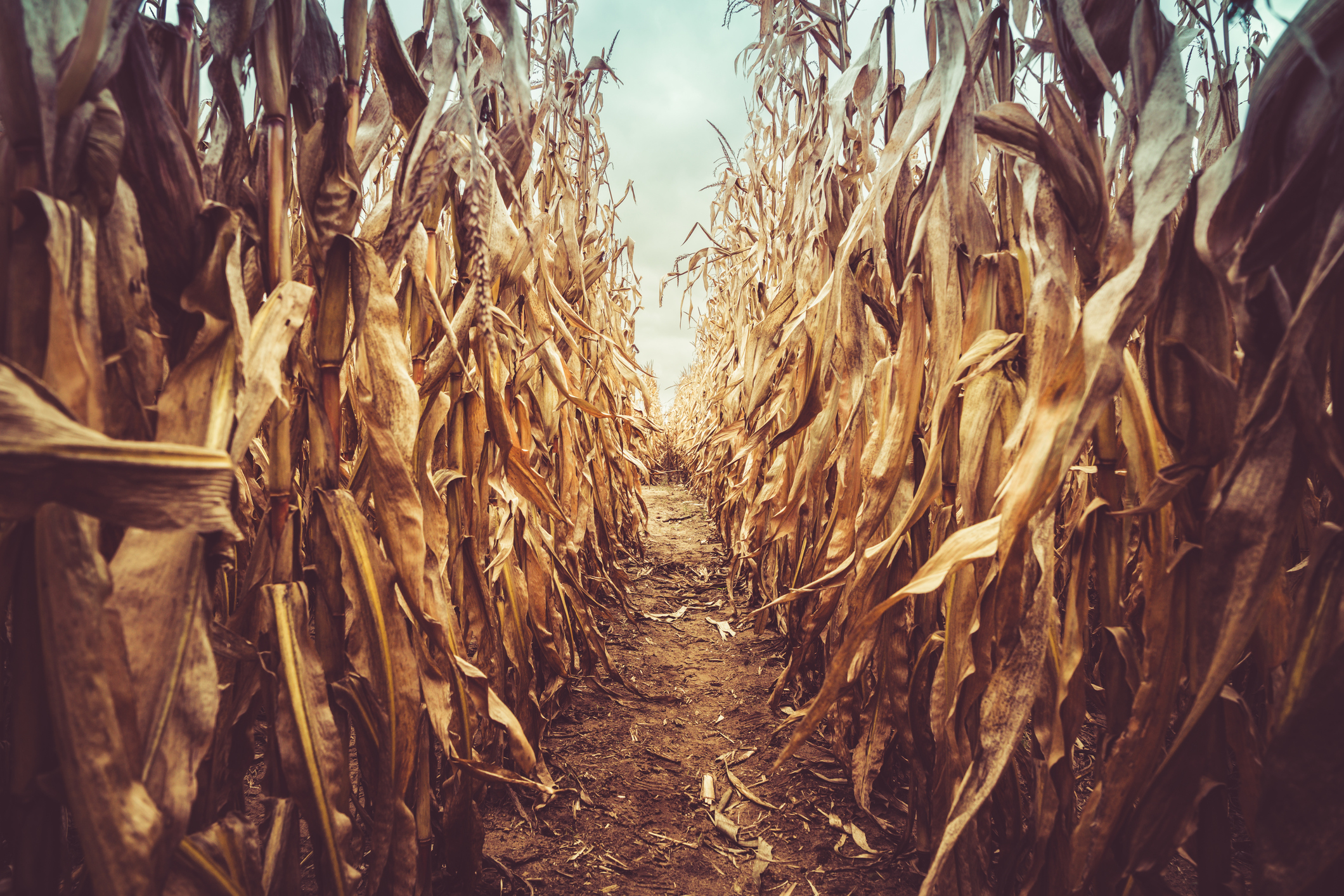 The Lowdown: People who hate clowns won’t like Jack Lanter’s Corn Maze of Carnage. Haunted corn mazes are always creepy, but it’s really traumatic being chased by a clown in the dead of night outside in a corn maze while you’re lost. There will be other creepy stuff too, but being scared silly by Bozo in the farmlands of FoCo earns Jack’s a spot on our list. 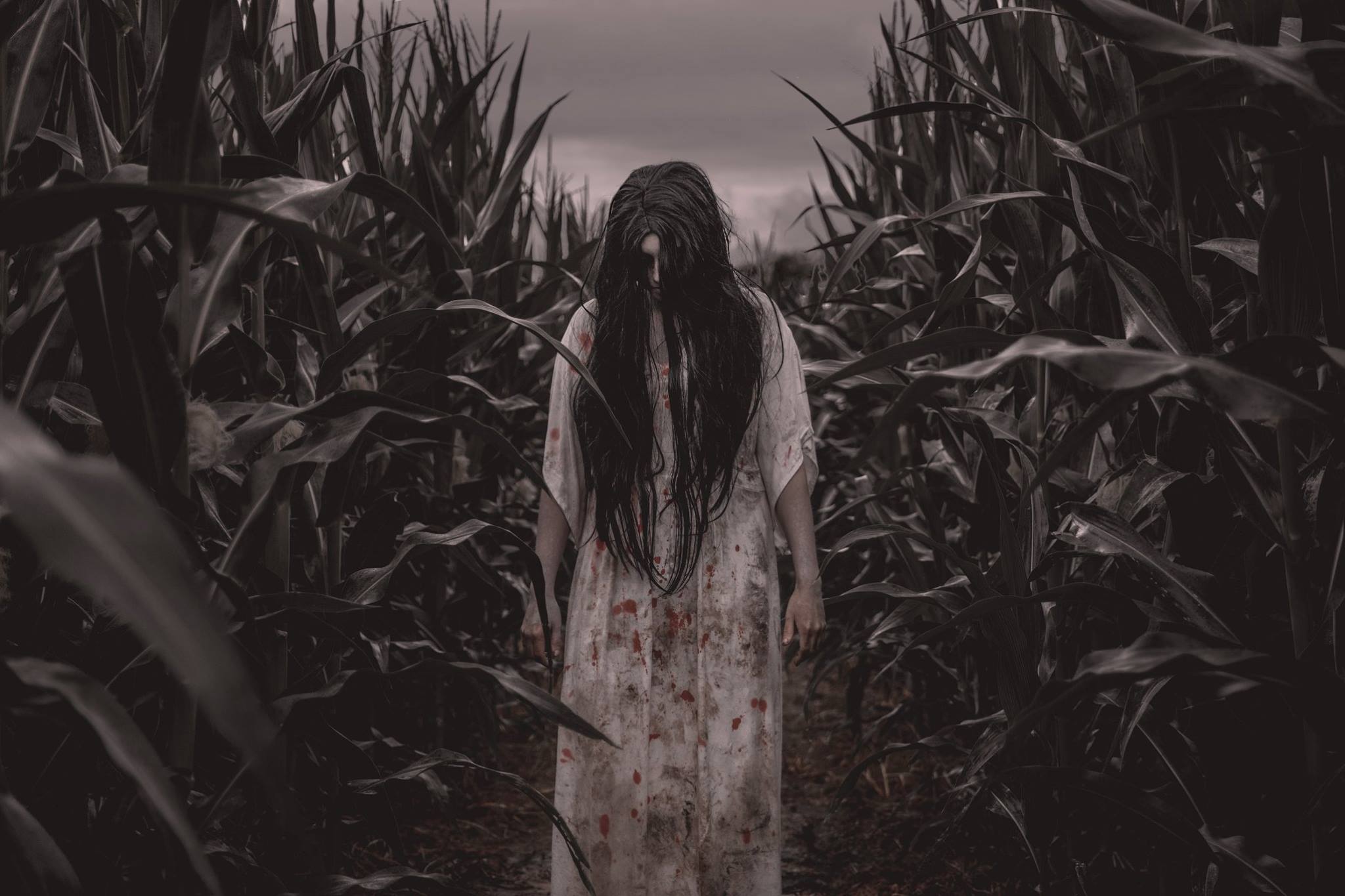 The Lowdown: Not going to lie. Our writer did this one a few years back and fell on the ground and couldn’t move for a bit from agonizing fear. Scream Acres is no joke and might be the scariest corn maze on our list. Brave visitors at Fritzler enter the maze filled with all sorts of clowns and demons until they reach the center where they must undergo an even more terrifying attraction. You have to complete both to get out. Probably bring friends for this one. 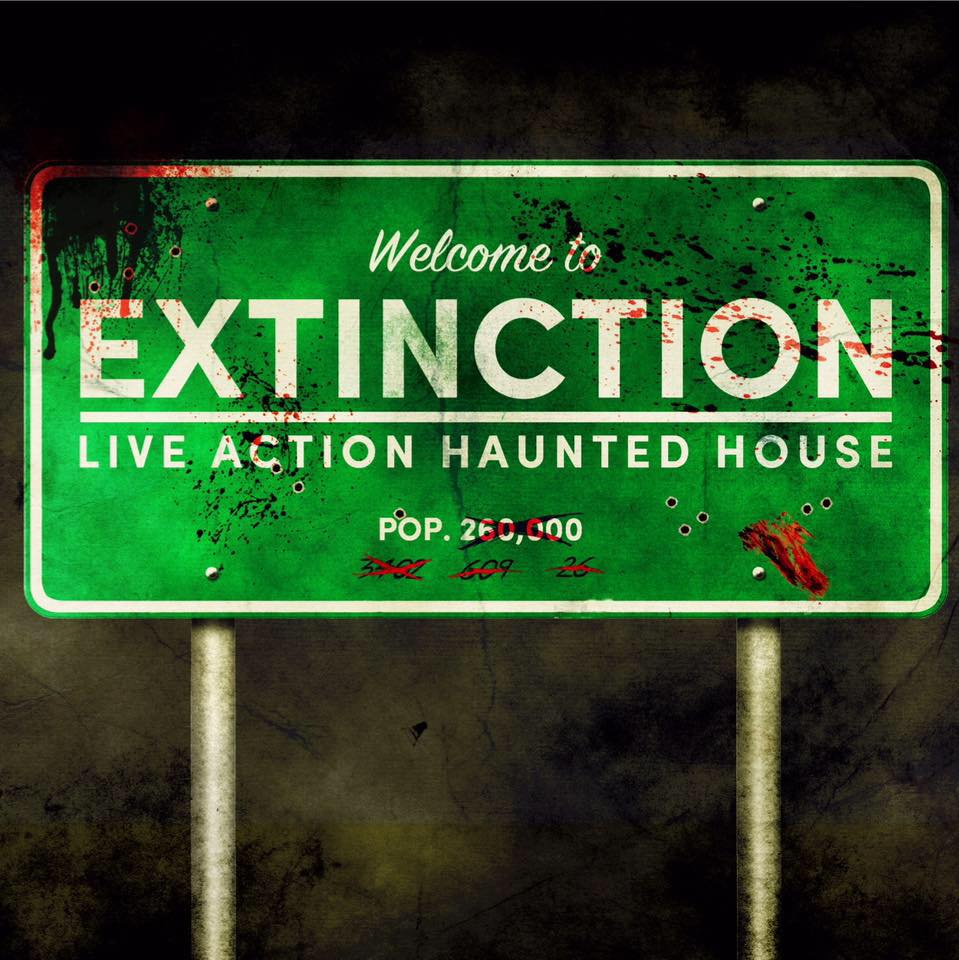 Where: 4100 Grape St. Unit A, Denver
When: Select dates through Wednesday, October 31. Click here for the official schedule.
Cost: Starting at $25 per person.

The Lowdown: Brought to you by American Paintball Coliseum, Extinction Live Action Haunted House is well, the nightmare you never knew you had. High school bros will love this one obviously, but if you’re ready for more of an action-packed, adrenaline-pumping haunt, then you don’t need to travel far. Shoot monsters and zombies if you’re brave enough to survive the extinction of the human race. Groups of four to six survivors can battle together to take out the threat, or die trying.

The Lowdown: We don’t know if the name is 100% accurate, but we’ll let you be the judge of that. Located in a garden and nursery in Littleton, the World’s Scariest Haunted House is filled with chainsaws, jump-scares and everything else you don’t want to find at night. Sometimes all it really takes is a creepy venue.

City of the Dead and Asylum Haunted Houses

The Lowdown: The Thirteenth Floor Entertainment group based out of Denver just merged its two haunted attractions, City of the Dead and Asylum, into one location at the Mile High Flea Market in Henderson. City of the Dead offers you zombies and other disgusting monsters while Asylum honors its name with mentally deranged hospital patients and evil doctors who will give you the creeps. Lucky for you, you get to experience it all in one night. 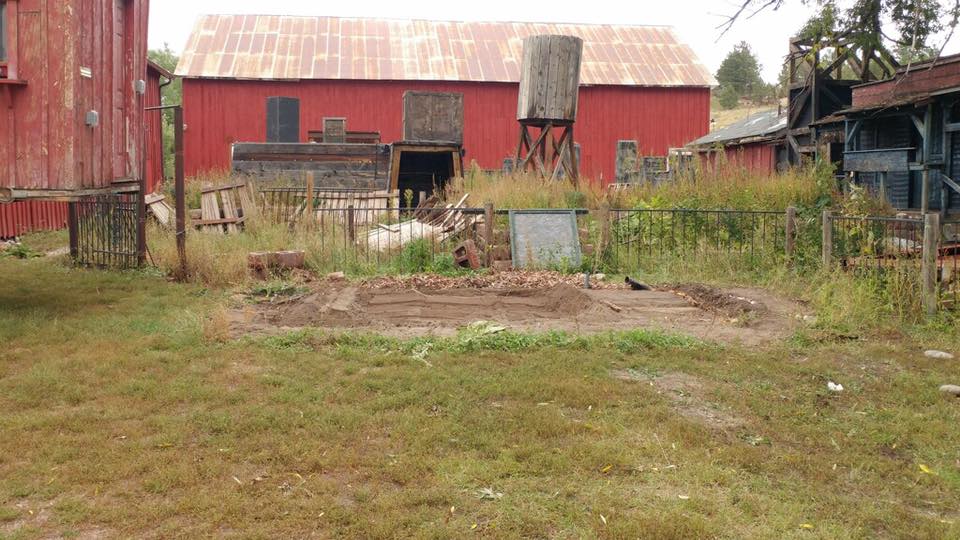 Where: 3910 Palmer Park Blvd., Colorado Springs
When: Select dates through Saturday, November 3. Click here for the official schedule.
Cost: Starting at $22 per person.

The Lowdown: Sprawled across 28,000 square feet, the Haunted Mines in Colorado Springs has been terrifying tourists and locals for over a decade. Dedicated to serving the community, this haunted attraction partners with charities to raise money for the Pikes Peak region, but don’t let their mission fool you. Featuring underground, former mining tunnels with large spiders and other freaky monsters around every corner, the Haunted Mines are no joke. The attraction took a hiatus last year, so they’ve had an entire year to up their game and we have no doubt it’s probably even more terrifying than in 2016. 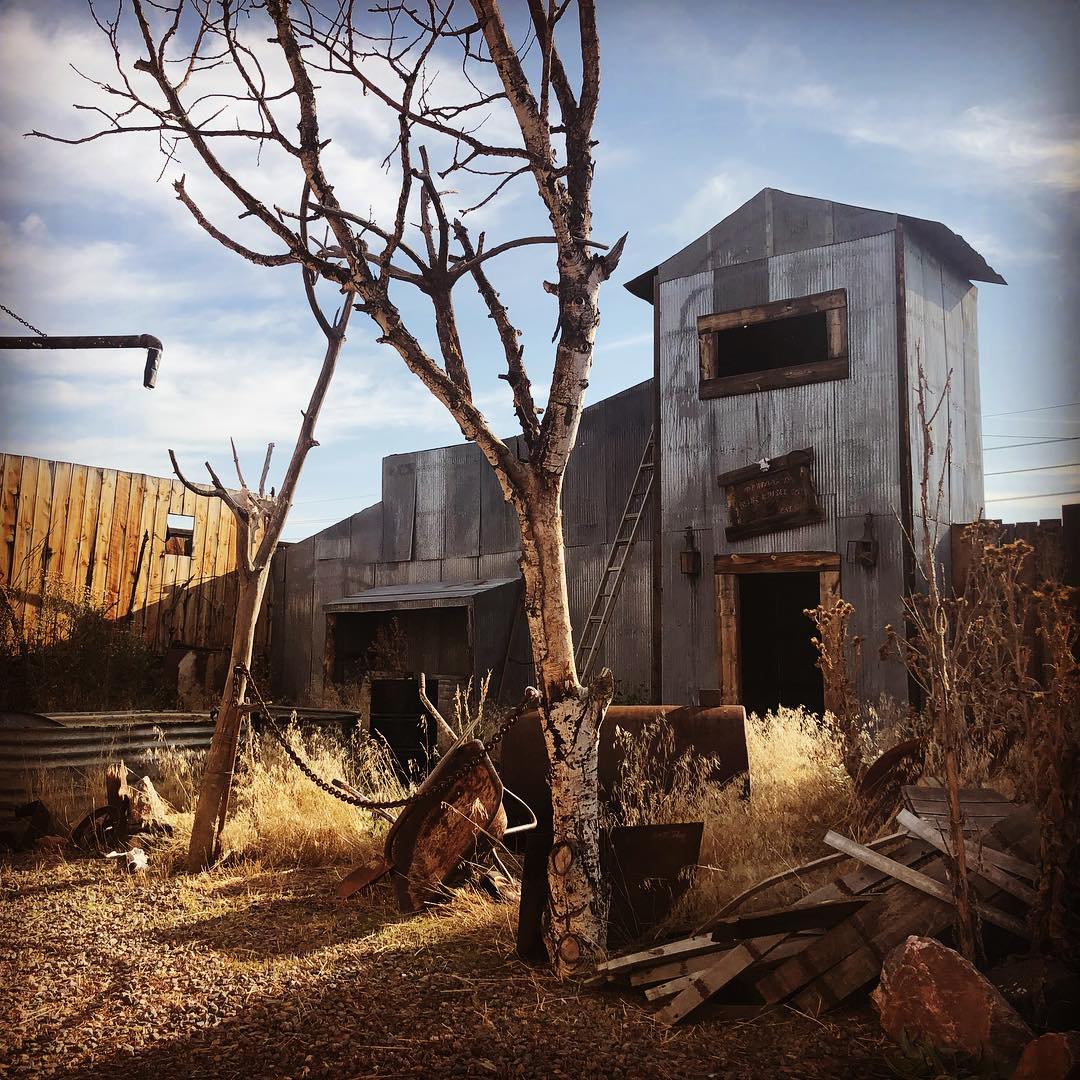 Where: 10798 Yukon St., Westminster
When: Select dates through Saturday, November 3. Click here for the official schedule.
Cost: Starting at $27.99 per person.

The Lowdown: Fans of the macabre and grotesque will really enjoy the Frightmare Compound in all its horror. Everyone else should probably just stay home for this one. This attraction in Westminster calls itself a “Halloween Haunted Horror House” and is the Denver area’s first ever haunted house. Constructed in 1983, the Frightmare Compound was created by Brad Holder, a local who is apparently rumored to be buried deep within the attraction itself. Holder died from illness, but many believe it was because he worked himself to death obsessively creating what some consider the scariest haunted house in Denver. You can see his work in all its glory if you go. But you might wet yourself.

The Lowdown: Earning the honorable title for being “Colorado’s Largest Scream Park,” the Haunted Field of Screams out in the farmland of Thornton is not for little kids or the easily terrified. This 30-acre corn field is home again to one of the state’s scariest haunted parks, featuring four themed attractions such as “Zombie Paintball Massacre” and “CarnEvil,” which we probably don’t need to explain. You get the gist. If you’re really brave, on Friday, November 2 and Saturday, November 3, the Haunted Field of Screams will turn out the lights completely for its first-ever blackout event called Pitch Dark: A Ride to the Riverdale Gates of Hell. Bring a couple friends with you or dare it alone. We hope you can get sleep after this one.

Creepy Walk in the Woods 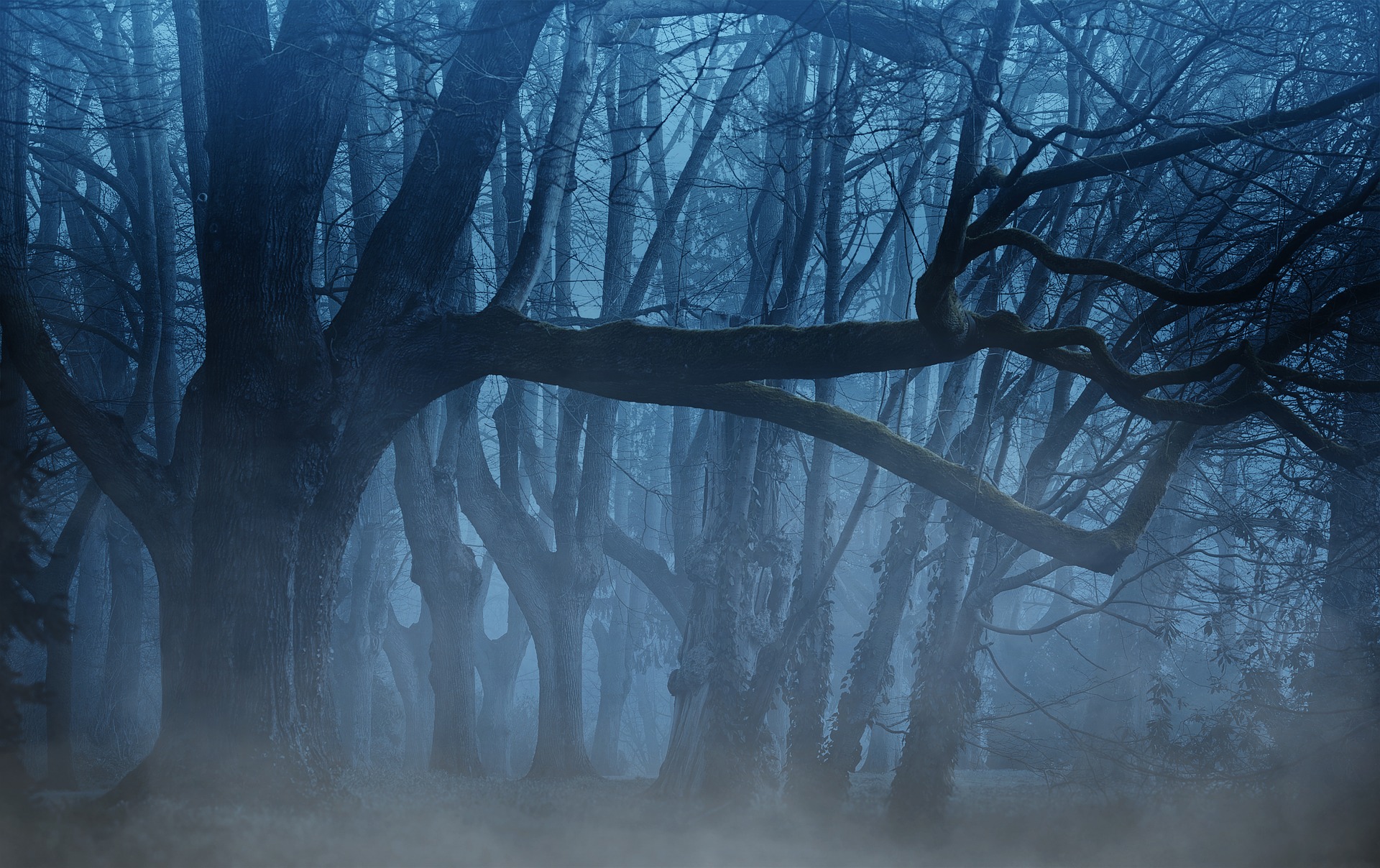 The Lowdown: Just west of Loveland near the “Devil’s Backbone,” you can experience a “Creepy Walk in the Woods” where you can venture out into the thick of the forest and find monsters. It’s not a house or a cornfield but something about this seems really terrifying. We really hope you don’t get lost.