Halloween is quickly approaching, and as we all reminisce with classic scary movies, let’s not forget about those who work behind the scenes. Robert Muratore is a creative through and through, working in many facets of documentary filmmaking — scary and not — and creating stunningly creepy photography. The award-winning man has been working with film for over 20 years, in directing, cinematography, production and more. The American Society of Cinematography even named one of his films in the top 10 at Sundance 2017 for standout cinematography. That film was 78/52 which takes an in-depth look of the infamous Psycho shower scene through historical analysis and interviews with Guillermo del Toro, Jamie Lee Curtis and more. He also co-produced and shot features like The People vs. George Lucas, Doc of the Dead, The Life and Times of Paul the Psychic Octopus and more — and he lives right here in Denver.

We had a chance to sit down with the film and photography guru to talk about his previous, ongoing and future endeavors. Muratore is modest — at every turn, he’s crediting his merits not just to himself, but partners, writers friends and more. His house is filled with antique popcorn and even potion and pill bottle collections, his own framed artwork, movie props and an exact replica of Han Solo’s Millenium Falcon. 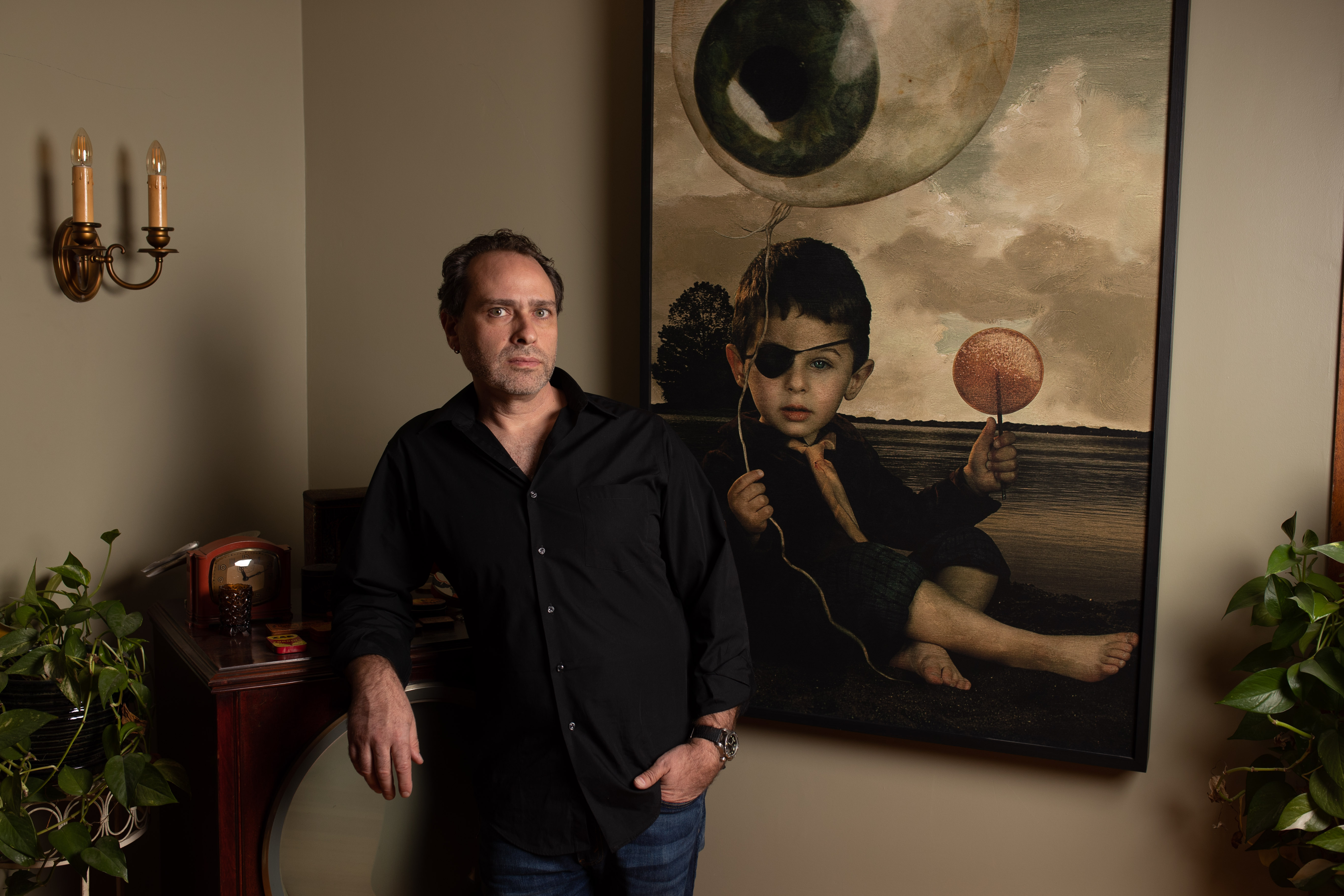 303: Do you remember the first movie that actually scared you?

Robert Muratore: I think it’s fair to say that the first movie that scared me was Jaws. My family for, for whatever reason, decided it would be okay to take a seven-year-old to go see Jaws at the drive-in and it traumatized me [laughs]. I loved it, but it totally traumatized me, especially the scene where the head pops into the hole in the bottom of the boat when Richard Dreyfuss is under the boat investigating. I couldn’t even go into a swimming pool without being scared after watching Jaws and I think to this day I still have shark dreams because of that movie.

303: Do you have a favorite classic horror franchise?

RM: I’m not really big into horror franchises. I’ve always liked Halloween — the first Halloween, the first Nightmare on Elm Street, the first Jaws. Alien and Aliens were both pretty good films and I thought Aliens was probably one of the best follow-ups to a horror movie. They’re very different and I liked them for different reasons.

303: Speaking of Alien, tell us a little bit about the feature that you’re currently working on.

RM: It was supposed to be in the same direction as our last film, 78/52 where we examined one scene in a movie that sort of changed cinema history or was a watershed moment in history. For this film, we were looking specifically at the chest-burster scene obviously because, at the time that Alien came out, it had an amazing impact on audiences and on myself as well. I saw it when I was a kid and it definitely just scared the hell out of me. But when we got into it, we sort of expanded the scope and really looked at the origins of the story and the influence like the Greek mythology which influenced Francis Bacon a which in turn influenced, H.R. Giger – so it goes pretty deep. On the surface, Alien is a very cool horror sci-fi but if you really look at the influences and especially the art direction by Giger, there’s a lot of history to see where it originated from.

303: Outside of the Alien feature do you have any other projects currently in the works?

RM: There’s a sci-fi noir that I shot for Christopher Kelly who’s an actor, director and writer. He was in a couple of films that I’d worked on previously and we shot a super low budget film in LA and Colorado called The Tangle. I think he’s just polishing it up at the moment and sending it out to festivals. I’m pretty excited about that one because I think we were able to achieve quite a bit for a very little amount of resources. I’m also working on several documentaries that are ongoing. There’s a local documentary about an actress named Maggie Whittum who had a stroke when she was 33 and the story is really about her recovery and getting back into acting. It’s a great story of perseverance and Maggie is an amazing individual.

303: If you could tell horror documentary fans one thing that they should know about the work that goes on behind the scenes, what would it be?

RM: I would probably say that from experience, the people involved in horror films tend to be the nicest, most down to earth creative people that I’ve met. They tend not to have egos. They’re very approachable. They’re usually the sweetest people you’ll ever meet, which seems contradictory. But it’s been that way with Stuart Gordon, George Romero, Guillermo del Toro — they tend to be just very nice and approachable. And that’s not to say that other people and other filmmakers aren’t but I’ve just found that people who really like horror and like the genre films and who are really involved in making them tend to be the nicest people.

303: That’s funny because I went to Telluride Horror Show this past weekend and the sense of community that you get there is just so awesome.

RM: Yeah, I’ve been to quite a few film festivals with our own films, especially the year that The People Vs. George Lucas came out. We traveled around a lot of festivals and some of them were genre festivals like Sitges and BIFAN in Korea. We were also at a lot of other more prestigious documentary festivals and I gotta say, at the genre festivals, we meet the nicest and most down-to-Earth people. There’s, there’s much more sense of community — Sitges, Fantastic Fest, BIFAN— there are a host of others. I just have the best time there — I guess they’re my people to put it simply. 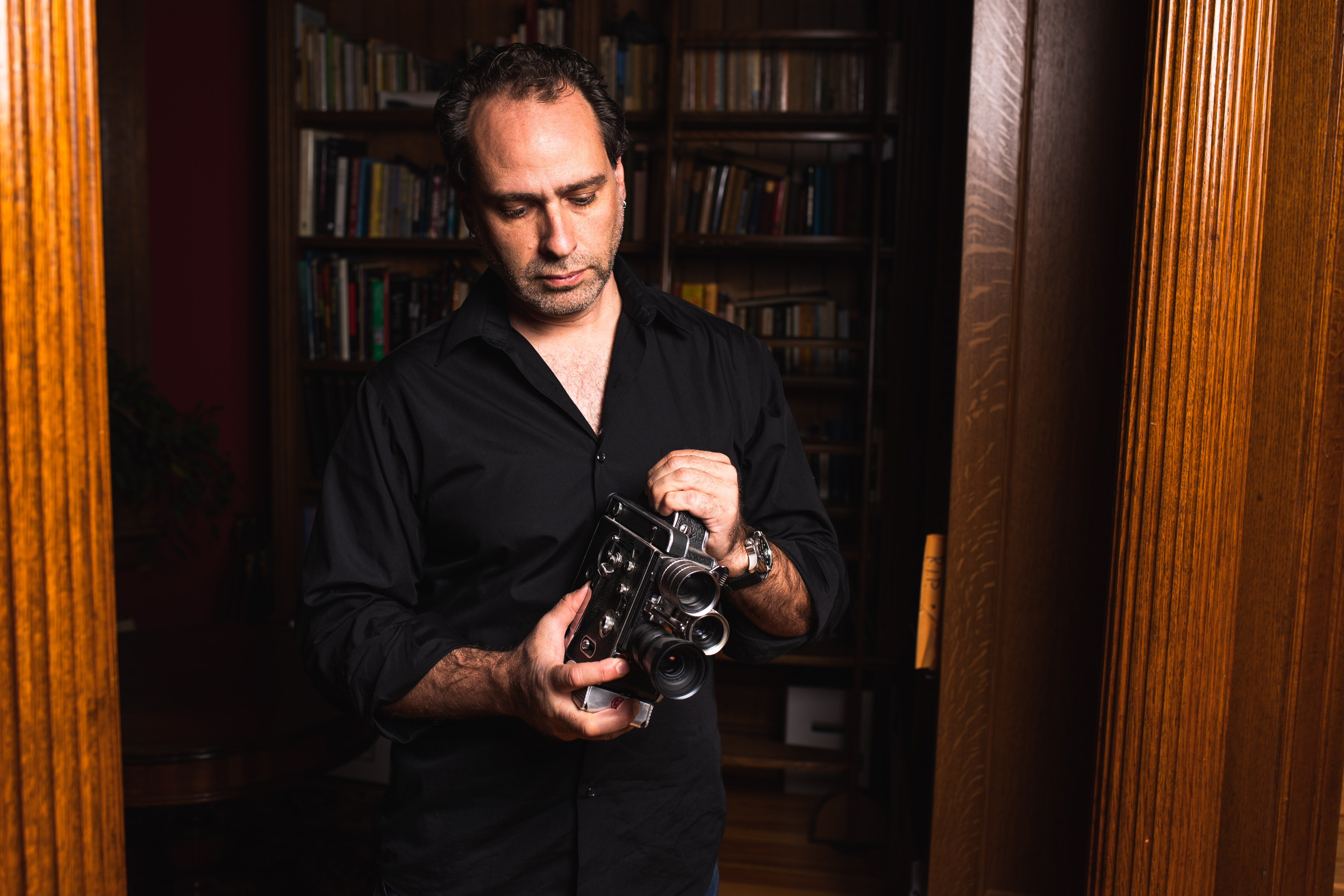 303: This next question that I have for you is the question from the next person in the series — what are you doing with your work or your passion that is changing the way that people perceive it?

RM: When it comes to photography, I’ve done some work with a partner, Marco Corvo, and we’ve tried to combine a cinematic approach to photography. So we created this series that has sets and costumes and makeup and things you would normally find on a film set and I think it’s interesting to sort of combine mediums in that way — in the way you perceive a photograph as more of a storytelling device, as opposed to just capturing a moment in time. But when you use this actually create sort of a story within the frame and take it to a cinematic level. Those are things I like to experiment with.

303: Do you have anything in the works with your photography at the moment?

RM: Yeah, Marco and I — we hadn’t worked together for a while so we’ve been talking about doing a new series. We call ourselves The Corvo Brothers and it’s something we’ve done for years. We used to have a gallery in town. Our work in the past has always been combining elements digitally to create our work. We photograph some components of images on film and Marco painted backgrounds for some of our work. So we’ve liked to combine a lot of media, but for our next series, we’re talking about creating all the elements in-camera instead of in post-production. That’s something that we’re trying to challenge ourselves with.

All photography by Kyle Cooper. For more information on Robert Muratore visit his website here. 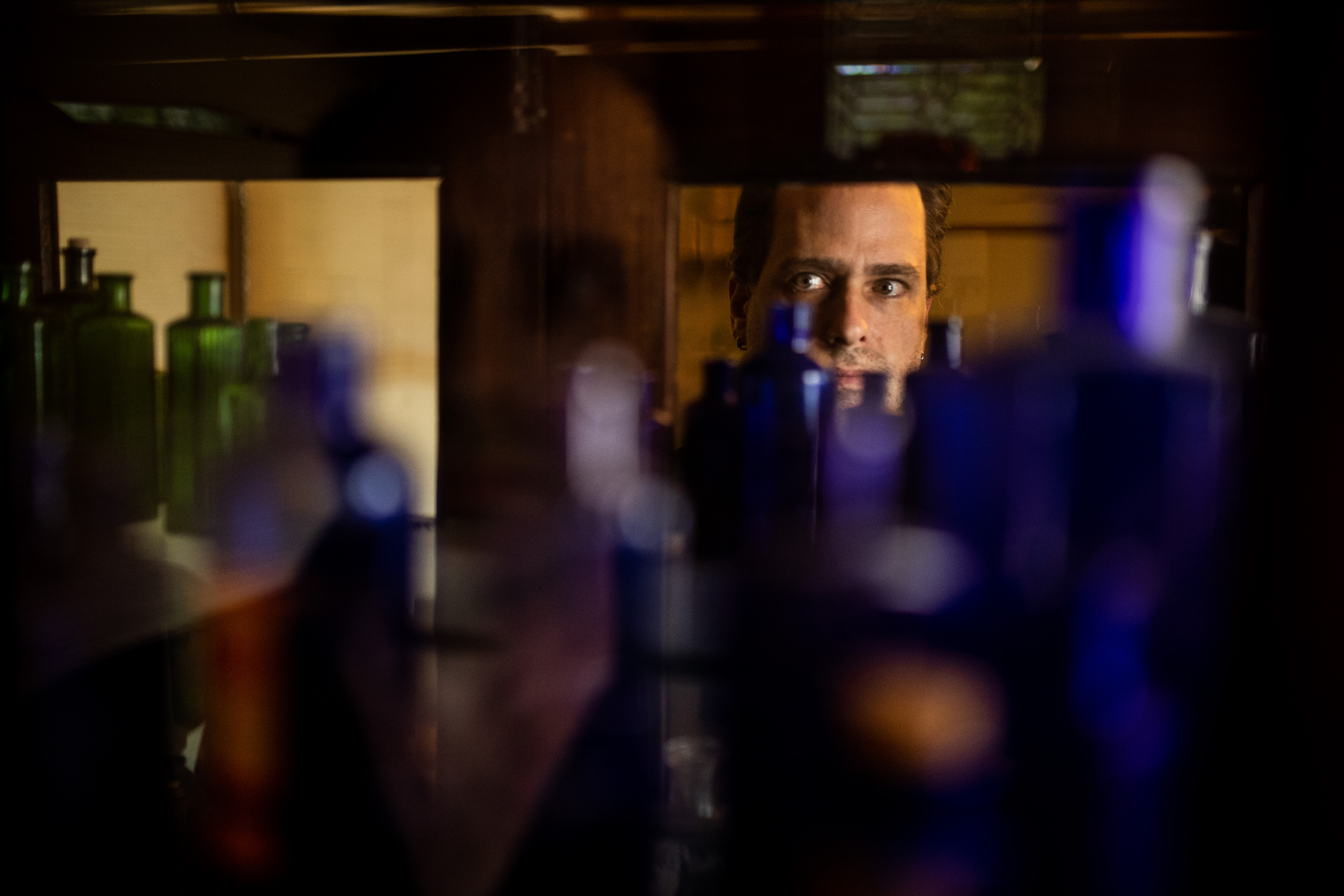