In May of 2017, Pitchfork published an article regarding queer pop music’s avoidance of same-sex pronouns. To summarize, the article laments many queer artists, like Sam Smith, reticence in admitting their true desires and pursuits in spite of their openly queer identities. An assessment, many if not all of their heterosexual counterparts have never had to wrestle with. Besides not representing the queer experience, the problem goes deeper, as if repositioning the artist in a partial closet — a final frontier toward fully embracing their true identities. In the article, however, Pitchfork mentioned those who are bucking the trend — diving into their sexual identities full stop with no compromise. Olly Alexander, lead-singer of the British-band Years & Years makes the list and as the band stopped by the Ogden Theatre Monday night, his, as well as the rest of the band’s commitment to challenging such barriers in queer pop were put on display. Not only that, but the band crafted one hell of a dance party with acceptance and identity at the forefront.

The first opener of the night, Jess Kent equipped with only a laptop and her guitar got the crowd moving with unassuming charisma. Sweet and sassy, Kent delivered savvy self-written pop songs that showed no limit to her potential. To a degree, she gave off the impression of a young Katy Perry gung-ho to have a good time and innocuously share her music, rather than worrying about adhering to a prescribed image or persona. The naivety of the performance was refreshingly earnest and made it hard not to walk away without well-wishes toward her future ascent. 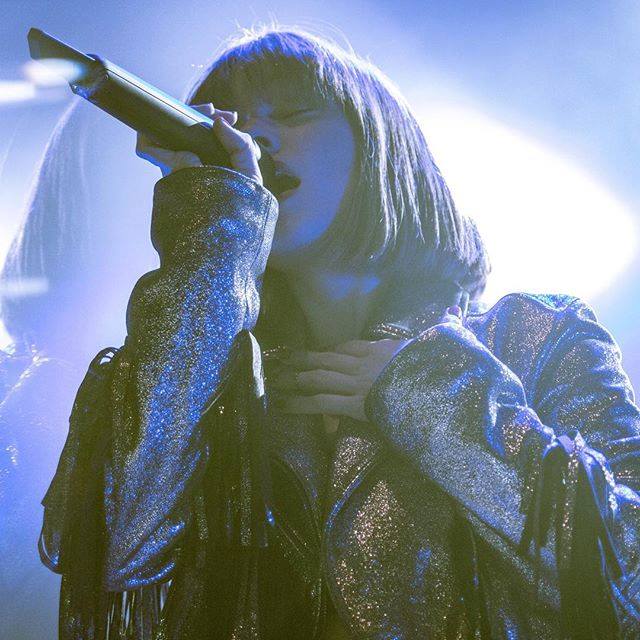 Following Kent, was the far more deliberate and calculated Cyn. From her perfectly coifed bob to her immaculate style, California – cool Cyn had the image and persona record executives could only dream of. Likewise, a repertoire of songs that ranged from the revelatory to the savage (a yet to be released song about a boyfriend who “couldn’t make her cum”) Cyn was the complete package. Though she verged into fembot territory more than a couple times – smiling and attempting to banter with manufactured enthusiasm and timing, Cyn managed to cut the cord reveling a young woman simply hungry for stardom and ready to play the game. 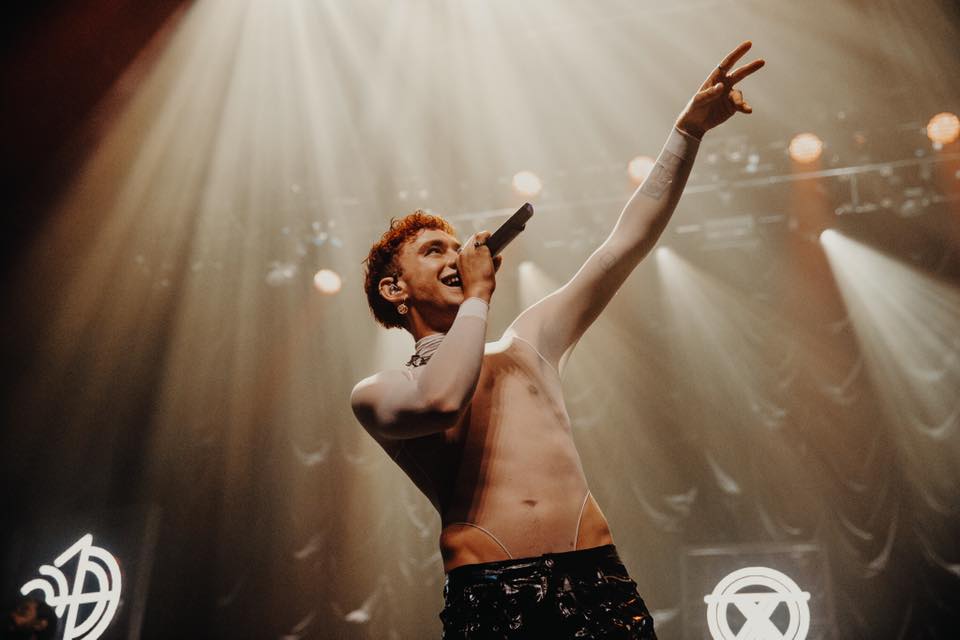 After a long transition, we were welcomed into the church of Years & Years with open arms. Bursting from backstage with the full band in tow accompanied by an additional drummer and two backup singers, Alexander, donning a mesh tank and leather plaited pants, stood at the pulpit of the church-inspired stage ready to receive the energy from the crowd. With unabashed gusto, the apt “Sanctify” led off the night of dancing. The audience fully immersed in the elaborate stage lights danced through the band’s mix of 2015’s Communion and their most recent album Palo Alto. The crowd, many of whom identified as queer felt galvanized and safe to fully express themselves in the band’s presence. Besides Alexander, one of the band’s backup singers, Joell Fender was a backseat driver, helping in leading the charge — doing the most to everyone’s delight. The queer community had come to party, and they were not messing around.

Halfway through the performance, however, a technical issue threatened to derail the entire affair, but after a brief departure, the band came back swinging, dead-set on reviving the energy in the room. “Gold” shined, “Worship” churned out deep grooves, and “All For You” set a wave of shrieks and a penultimate rager into motion. The concert was a rarity, in that it was one of the few times those in the LGBT community felt directly spoken and able to relate to the artist on stage. Through the banter, the band’s ability to connect with the audience and dancing along to their indelible electropop, a community was embraced and most importantly, accepted as they were. As such, it was rather apt that Palo Alto, as well as the performance, were bathed in church imagery. As the church preaches a message of acceptance and community, such a notion lived in the Ogden Theatre Monday night, and it was a beautiful thing.