Singer-songwriter Matt Hoffman is taking time between a fairly full touring schedule with Strange Americans to release and promote his long-awaited solo album, Take It On Our Shoulders. Released just under two weeks ago, the album is not only fresh off the press but one of the most timely albums out there currently. Inspired by humanity and the state in which we’re all living, Hoffman takes the album’s 11 songs to talk about the way he sees the world today. He expressed to us that the album’s overarching theme is that “we live in this giant country that has so many different cultures and subcultures, and I feel that we don’t understand the different cultures in our country.”

The topics Hoffman touches on throughout the album are brutally honest, and yet exactly what we all need to hear from time to time, and maybe especially now. The characters introduced in Hoffman’s songwriting, whether autobiographical — like in “Sold It Back” — or fictional, reflect that overarching theme that depicts a somewhat painful reality. In an interview with 303, Hoffman said,

“I would say that the majority of people don’t really understand people that are not like us. With social media and Facebook and all these different things, we’re quicker to jump to judgement. We’re all trying to do these things that are part of being a human being right now and we tend to focus on the differences. We should try to focus on our similarities.”

Though Hoffman’s sincerely pragmatic and heavily significant lyricism takes precedent in the album, the singer/songwriter is also an extremely talented musician. Hoffman’s music pairs with his storytelling superbly, creating this perfect message of it being time to wake up and look around, like in “Major Cowboy.” However, the message isn’t forceful. Rather, Hoffman’s offers a solution of kindness, which sounds simple, but Take It On Our Shoulders reveals the difficulty in making that solution come true.

Where songs like “Broken Horse” are gruff and lively, and others like “Some Great Adventure” are slow and solemn, they’re each a varying result of Hoffman’s life and how he has chosen to portray it. Having grown up in grade school in New Mexico — hence the name New Mexican — he had a certain type of upbringing. “From my personal experience, I was raised middle-class, [then] go to college, find a job — and there were certain things that weren’t resonating with me or they were causing conflict in some way as I continued in my life along that path.” The key, he found, was perspective. “Some of the best experiences that I’ve had in my life have been in the wilderness, or in places where there’s less development, or where you’re in touch with nature or you feel small in some way. “ 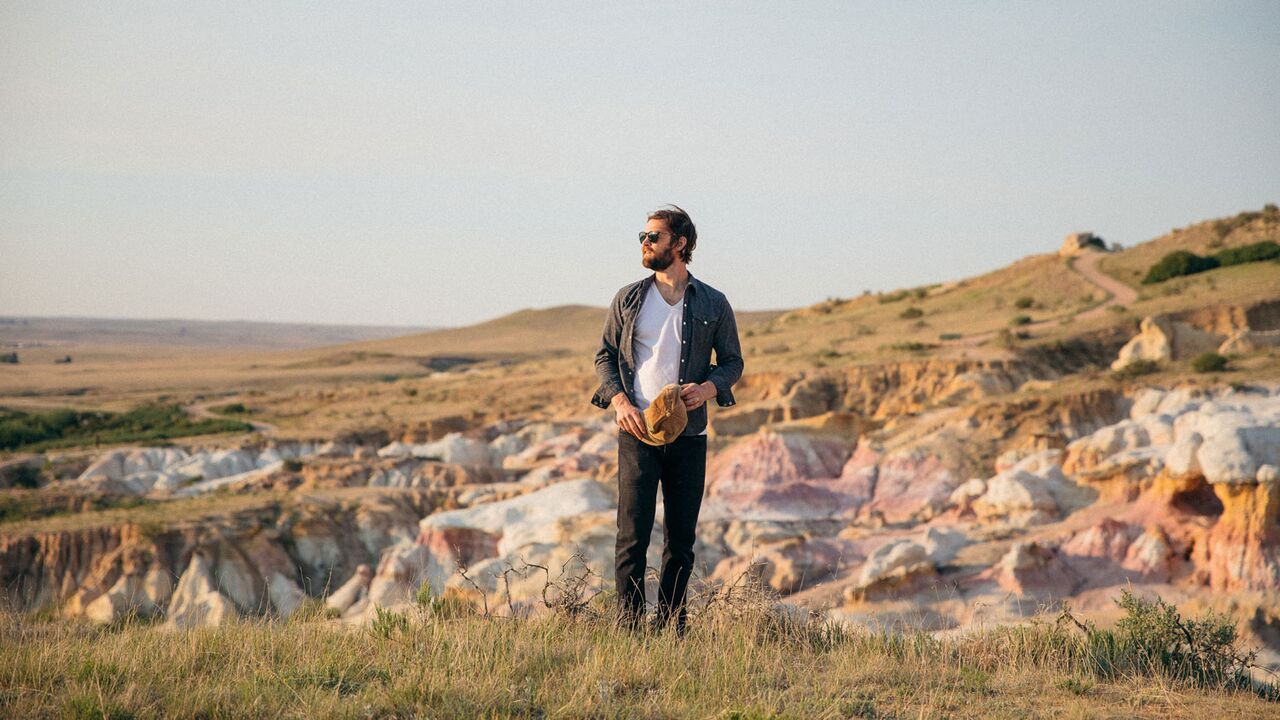 Perspective for Hoffman has come recently in a more a literal sense as well, shifting gears from working as part of a band to setting off on this solo mission. As of now, New Mexican is “anywhere from me solo to a four or five-piece band depending on what the circumstances are.” This adds a variable and unpredictable element to his music that no doubt played a part in selling out the album release party last month in Denver.

Having been learning and growing in Colorado’s Front Range since grade school, Hoffman feels really good about the live music scene in Colorado and in Denver specifically, noting that “everybody in the scene is rooting for everybody else. It’s a very collaborative scene and I’m grateful for that.” Which is why, regardless of the risk of self-producing the album as he did, Hoffman has every right to be tremendously confident in the modern-day masterpiece that is Take It On Your Shoulders.