It’s always a point of pride when a Denver band breaks out of the local scene and becomes nationally recognized. In the case of Denver’s progressive rap group Flobots, the band not only enjoyed national success with their 2008 album Fight With Tools, they never forgot where they came from in the first place.

In addition to their 2008 breakthrough release, Flobots formed one of the Denver music scene’s most important nonprofits, Youth on Record. In celebration of Youth on Record’s 10-year anniversary, the original cast of Flobots is reuniting for one night only at the McNichols Building this Saturday to benefit what they started a decade ago.

After years of gigging across Colorado in the early 2000s, Flobots struck fame with their biggest hit “Handlebars” which caught the attention of the nation. In the years following the release of Fight With Tools, original members Joe Ferrone, Andy Guerrero, Mackenzie Gault and Jesse Walker departed from the band, while Jaime Laurie (aka Jonny 5), Stephen Brackett (aka Brer Rabbit) and Kenny Ortiz continued on as the incarnation of Flobots we see today. 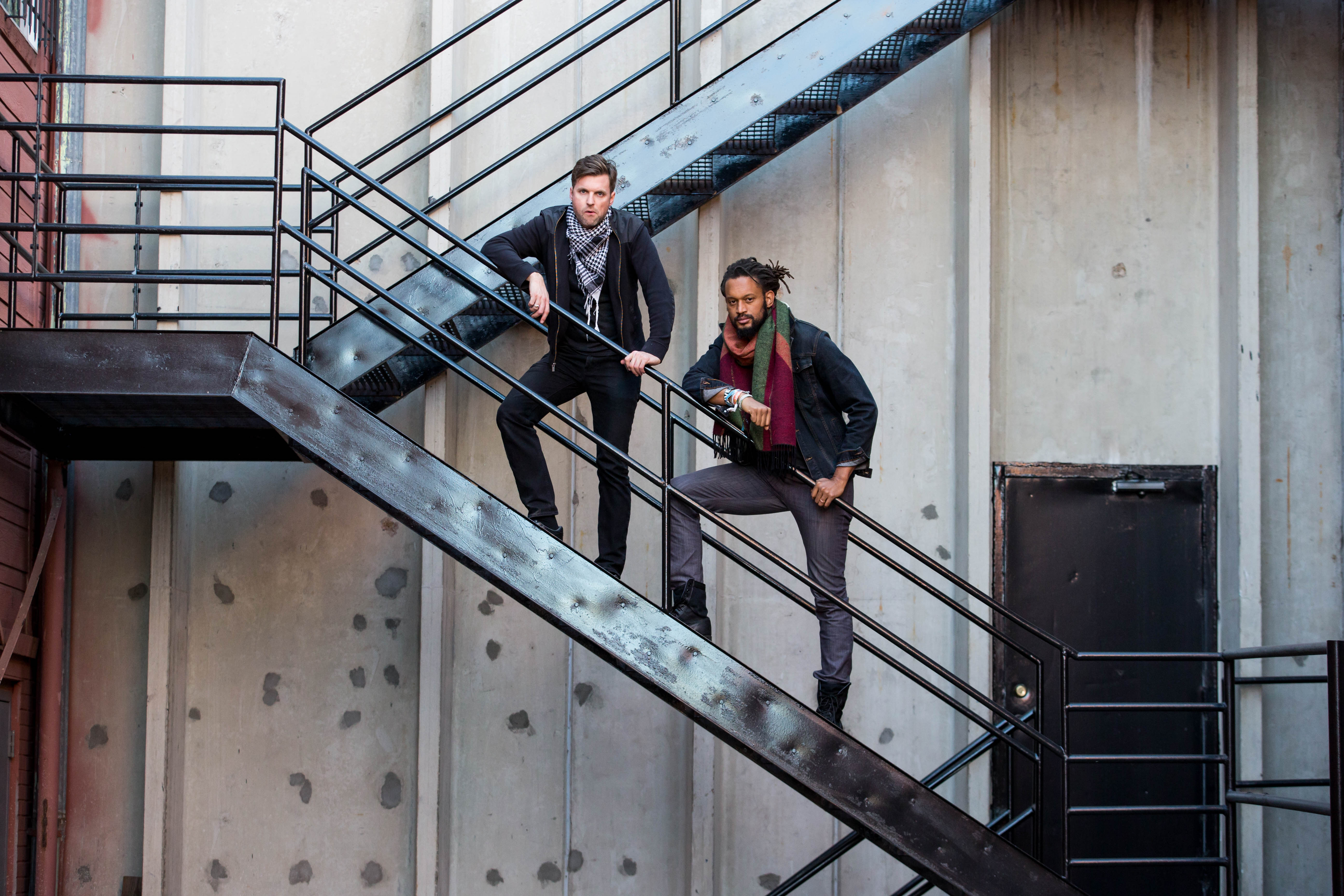 Jaime Laurie (aka Jonny 5) and Stephen Brackett (aka Brer Rabbit) of Flobots. Photo by Kyle Cooper.

Flobots bring a raw sound to the rap game in that they combine the use of electronic elements and acoustic instruments in their craft. Frontman Laurie delivers his bars with an intelligent sound that almost makes it hard to not listen to every single word. This Denver based rap group delivers conscious messages that make them musical activists in the community. Similar to Youth on Record, Flobots’ music gives a voice to those who feel voiceless. Both Youth on Record and Flobots have made great contributions to the architecture of the Denver music scene.

Over the course of its 10-year existence, the nationally recognized Youth on Record organization has provided impactful artistic opportunities to youth and teens in Denver. In 2018, Youth on Record still aims to “amplify the voices of Denver’s youth through music” by teaming up with local and national musicians to empower the future of Denver’s music scene. In addition to Flobots, Youth on Record has also worked with major Colorado-based artists such as Big Gigantic and The Fray to strengthen their mission to include music in the lives of Colorado youth. The organization also teamed up with us here at 303 Magazine including on the release of the first volume of 303 Music.

All seven original members of Flobots are gearing up to celebrate all the important work Youth on Record has done. Guerrero notes, “If you ever were a fan of the band and never got a chance to see the original incarnation, Saturday, October 13 is your one chance to do so.” It’s also a chance to support local music as well as the mighty Denver music scene all in one.

Catch Flobots at the McNichols Civic Center Building (144 West Colfax Avenue) on Saturday, October 13 at 6:30 p.m. Tickets to the show can be found here.