The Black Lips are bringing their signature blend of bluesy garage rock to Denver’s Bluebird Theater this Friday, November 2. With a sound that has been described as a “rough pastiche of blues, rock, doo-wop, and punk,” the Black Lips have maintained the lofty position as a seminal band in the garage rock canon, popularizing an entire shift in sound within the independent rock scene in the last decade alone.

Forming in 1999 in Atlanta, Georgia, The Black Lips’ prolific career spanning nearly 20 years has generated nine full-length albums and has served as a revolving door for a multitude of talented musicians. A casualty of the post-Columbine fear of high school punks and weirdos, guitarist Cole Alexander and bassist Jared Swilley were expelled during their senior year, with the school characterizing the two as a “subculture danger.” But perhaps their expulsion was a blessing in disguise because soon after, Alexander and Swilley, along with guitarist Ben Eberbaugh, formed The Black Lips. 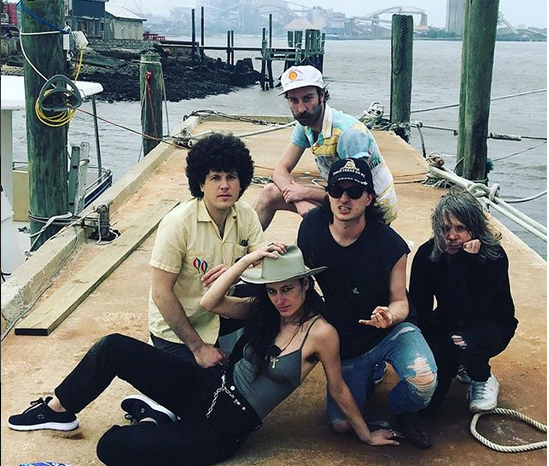 The group has also been marred with challenges, including back in 2002 in the early days of their career. The band’s then guitarist, Ben Eberbaugh, was struck by a drunk driver and killed just days before the band would embark on their first tour. Their debut full-length release, Black Lips!, served as a tribute to Eberbaugh’s life as a musician and friend. Despite the devastating loss of their friend, the Black Lips hit the road as a trio just a few days later, knowing deep down that it would have been what Eberbaugh would have wanted.

Eventually, the band filled Eberbaugh’s role briefly with Jack Hines, who departed after recording the band’s second full-length release, We Did Not Know the Forest Spirit Made the Flowers Grow. Ian St. Pé, a music major at the University of Memphis who frequently bought alcohol for his then-underage future bandmates, was next approached by the band. Pé promptly dropped out of school and joined The Black Lips on their tour in 2004.

Since the beginning of their career, the band’s passionate dedication to touring has never quelled. The very same mischievous spirit that helped speed up their exits from the educational system is still very much alive, thriving in its new environment on stage, often resplendent with punk rock theatrics and miscellaneous bodily fluids, amongst other things. 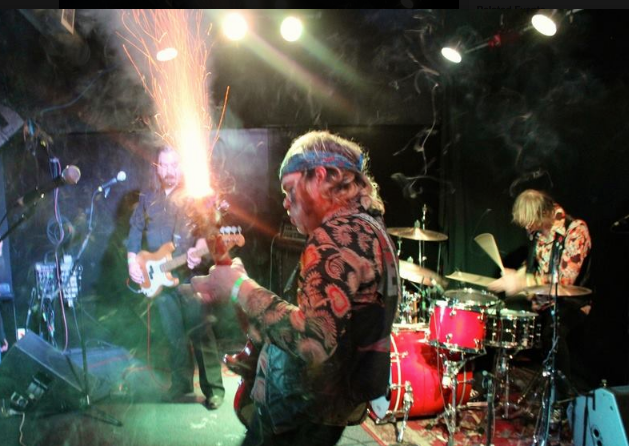 However, it’s not as though the wily on-stage antics of the Black Lips haven’t landed them in hot water before. In 2009, during their first (and last) tour of India, the band ditched their toned-down presence during a set in Chennai in favor of classic Black Lips capers, including some not so well-received Lips-locking. After the same-sex smooching, the tour’s sponsors pulled out and the band was nearly jailed, their passports confiscated by the disgruntled promoters.

According to Swilley, “The first few shows, we were being really reserved because we didn’t want to offend anyone, but they kept telling us to do what we wanted… I guess ‘do whatever you want’ didn’t include kissing each other. We had to physically wrestle our passports back from the promoters.” The band ended up taking a 200-mile cab ride to the next province and hopped on a flight to Berlin, narrowly escaping Indian prison.

The Black Lips put out their ninth studio album, Satan’s Graffiti or God’s Art?, in May of last year and have embarked on a number of tours since its release. Satan’s Graffiti signifies the addition of the first female band member, Zumi Rosow, who plays the saxophone, injecting the band’s bluesy sound with a new tinge of jazz. This new record also sees the return of Hines on guitar, as well as the cosmic Yoko Ono as a co-producer.

Fans of the freakishly fun band won’t want to miss this show — and who knows? Maybe they might just bust out the bongos, baby.

The Black Lips will play on November 2 at The Bluebird Theater.  The show starts at 9 p.m. and tickets can be found for $20 here. All photography courtesy of The Black Lip’s Facebook.