You don’t have to visit Thailand to experience the magic of a water lantern festival. Inspired by the Loi Krathong festival celebrated annually in November in Bangkok and other Thai cities and nearby southeastern Asian countries, the Water Lantern Festival is the American version of this celebration that includes floating water lanterns released at nightfall. Between 2,500 and 3,000 floating paper lanterns lit with LED lights are estimated to glow on the large pond at Carpenter Park in Thornton on Saturday, September 29 at 8 p.m. — the first-ever festival of its kind in Metro Denver.

The event sounds pretty breathtaking, and you probably want to go — but if you went to Lantern Fest back in 2016 in Denver (a floating lantern festival of similar nature), you might remember the disastrous aftermath of lantern pollution in Erie, Colorado and might be concerned that your attendance might be harmful to the environment.

Well, worry not eco-friendly Coloradans. 303 looked into it, and it seems to be pretty safe according to the Water Lantern Festival staff and park officials for the City of Thornton. The event also has an “Environmental” tab on their website to answer your questions and part of your ticket admission fee helps pay for the cleanup crew. Sponsored by One World LLC., the Water Lantern Festival is a traveling festival that hosts events around the US and is unaffiliated with other lantern festivals that have previously visited Colorado. It seems like the Water Lantern Festival crew did their homework, so you can enjoy the beautiful lights without feeling guilty.

According to Rachel Thompson, the Administrative Assistant for the Water Lantern Festival, the festival staff is doing everything they can to minimize the environmental impact. Originally, the festival was going to be hosted at Berkeley Lake Park in Denver back in July but was postponed.

“We decided to make the move because this venue [Carpenter Park] is better suited for our festival and is a bigger location for our participants,” Thompson said. The new venue in Thornton is used to hosting large festivals, so the move for the Water Lantern Festival staff has been an easier transition, but cleaning up is still important.

“We are committed to leaving each community cleaner than when we arrived. We go to great lengths to ensure a beautiful environment. Our team cleans up all the lanterns following the event. In addition, we also pick up any existing trash that may have previously been in or around the water. Lastly, the lanterns are made from rice paper and wood so they are eco-friendly,” Thompson said.

Each ticket-holder to the festival will receive a biodegradable paper lantern that floats, a marker to write messages or names on the lantern, a wristband and a commemorative drawstring bag. In addition to the lantern lighting ceremony, there will be live music and food trucks.

For Thompson and other fellow staff members, one of the best parts is actually the cleanup — ironically enough.

“Seeing all of the bright messages [about] dreams and love written on the lanterns is truly remarkable. We are amazed by the people that attend these events,” Thompson said. 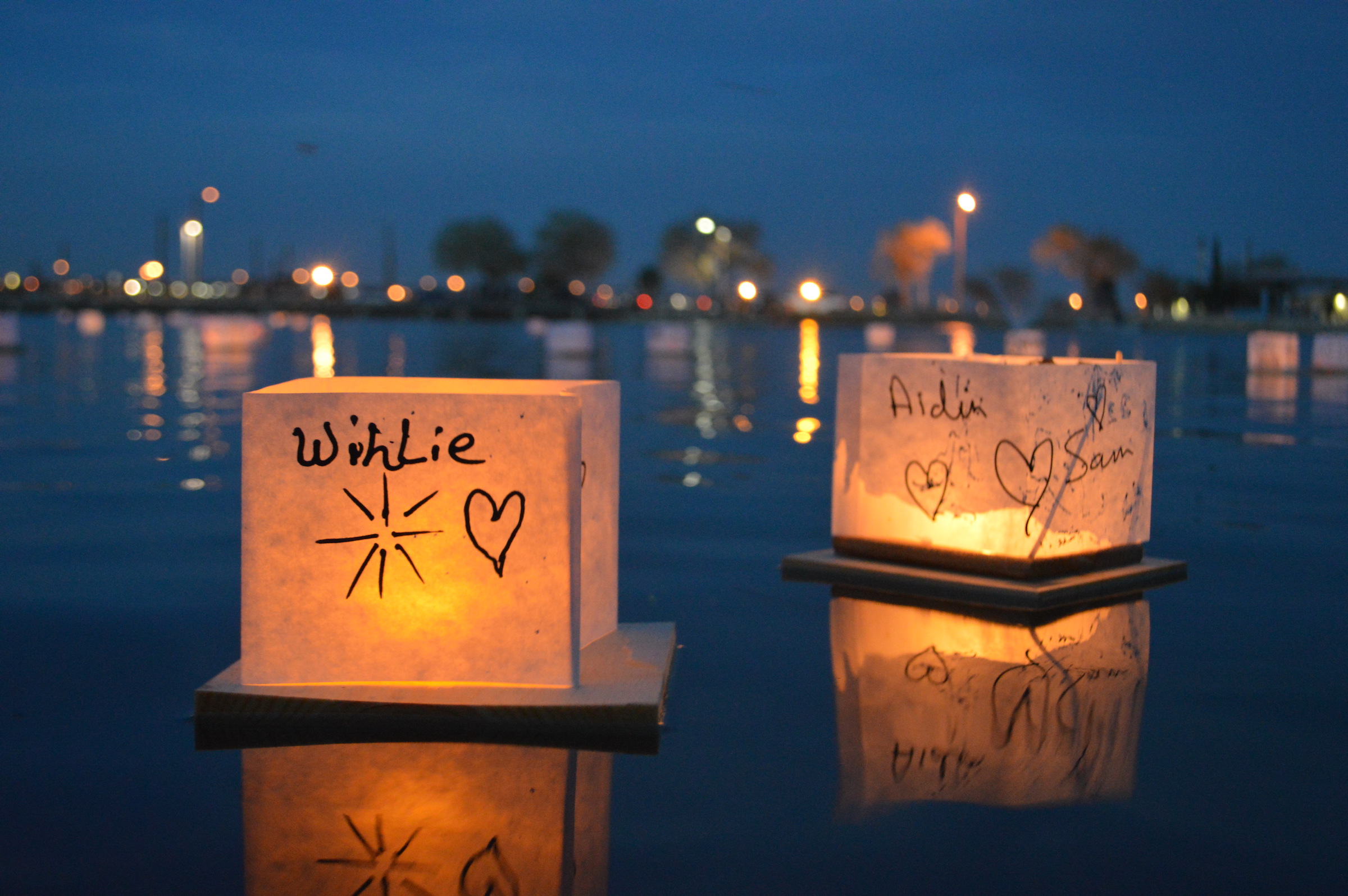 Matt Shutter, Parks Maintenance Supervisor for the City of Thornton and Colorado Parks and Recreation, says that he and park staff aren’t concerned since there isn’t a lot of wildlife in the area to be concerned about.

“We don’t have any fish in this pond,” he said. “The ponds get used for paddleboats and so with that, we usually don’t have geese or anything that are going to be affected. It [the area] is also right by a playground so you don’t see coyotes or foxes or other animals. It’s one of our most used parks because of the playground.”

“To be quite honest, the city [Thornton] puts on four festivals that are 10 times the scale of what this is going to be. We have traffic control and all these entities within the city that are involved in this decision. We’re set up to have these events at the facility. It’s not something we’d shy away from,” Shutter said. “We try to accommodate the requests to use our parks because that’s what we’re all about from a recreation and park standpoint.”

The use of space is also not a problem.

“The whole park is pretty big but they’re only utilizing a small percentage of it,” Shutter said.

According to Shutter, the City of Thornton is monitoring the festival planning and has already said no to some things in addition to regulating parking, traffic and noise from the speakers and concert stage that might affect residents in the surrounding area.

“They wanted to have tiki torches around the pond and the stage [in order] to highlight where the event’s at and our fire department said ‘No those need to be LED,’” Shutter said.

As for cleanup, Shutter said he’s really not concerned. The Water Lantern Festival crew has signed on to accept full responsibility. They clean up immediately after the festival ends, and since the lanterns are not floating in the sky, they should be easy to retrieve since they’re in a centralized location.

If you want to experience the magic of the floating lanterns on the water at night, but want to still be eco-friendly, the Water Lantern Festival is worth checking out.

The Denver Water Lantern Festival is located at Carpenter Park at 3498 East 112th Avenue, Thornton. Tickets are $30 per person and can be purchased online here. Tickets include a floating water lantern, wristband, marker, commemorative drawstring bag and help pay for the cleanup crew. 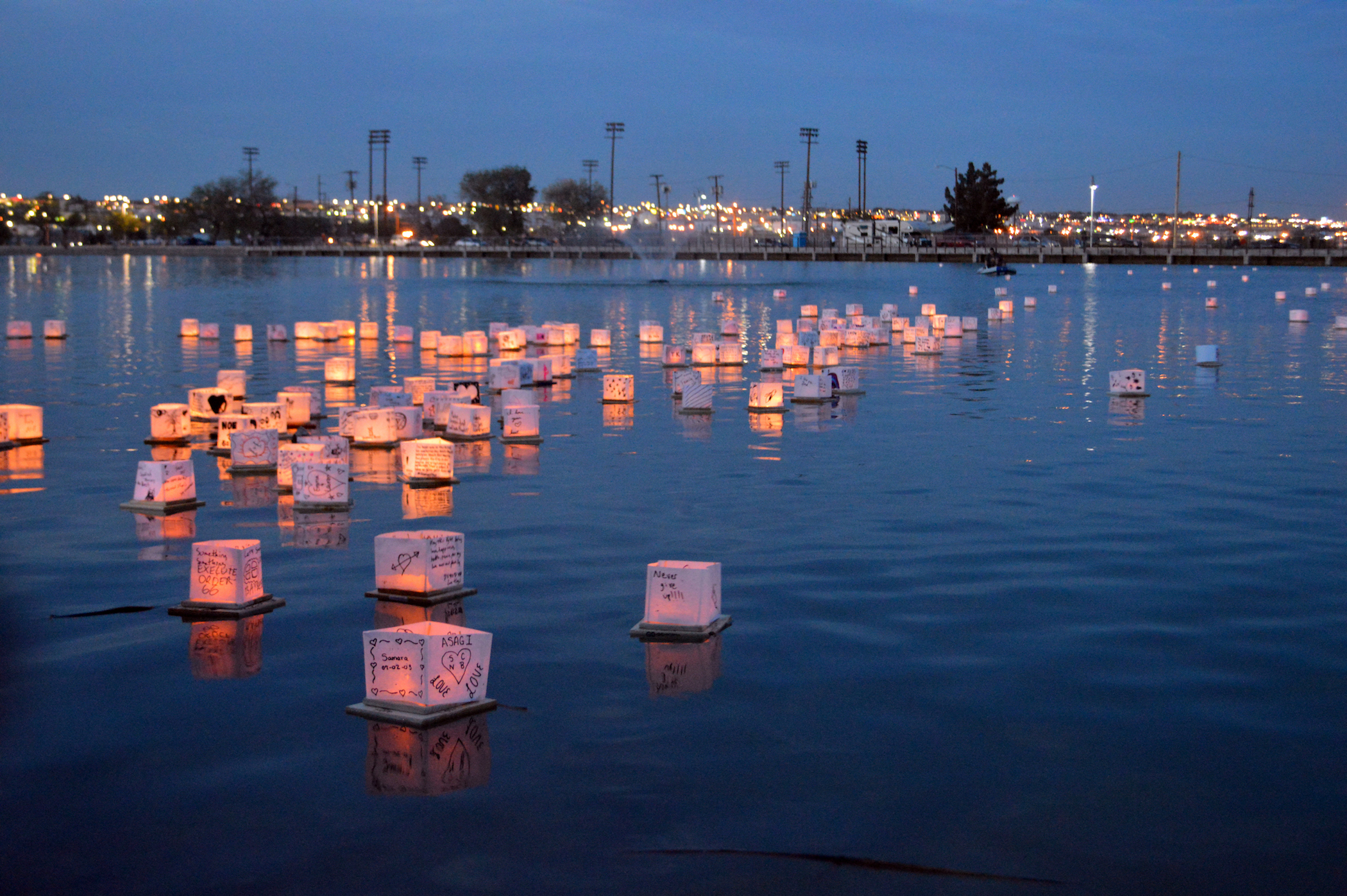