Review – The Smashing Pumpkins Reunion Was More Than A Money Grab

The Smashing Pumpkins reunion tour, as it stopped by the Pepsi Center Wednesday night, was more than the money grab many suspected when reports broke earlier this year. Diving into a deep setlist of more than 30 songs throughout their career as one of the world’s greatest alt-rock bands was a treat to their many dedicated fans and new devotees. Thirty years as a band, culminated into the Pepsi Center performance — highs and lows not to be forgotten, but a new perspective, nonetheless permeated the band. However, the performance wasn’t quite a triumphant return to form either, and how could it be missing bassist D’arcy Wretzky? More importantly, how could it be a celebration of the band coming back together, with lead-singer songwriter Billy Corgan so blatantly pushed to the forefront? 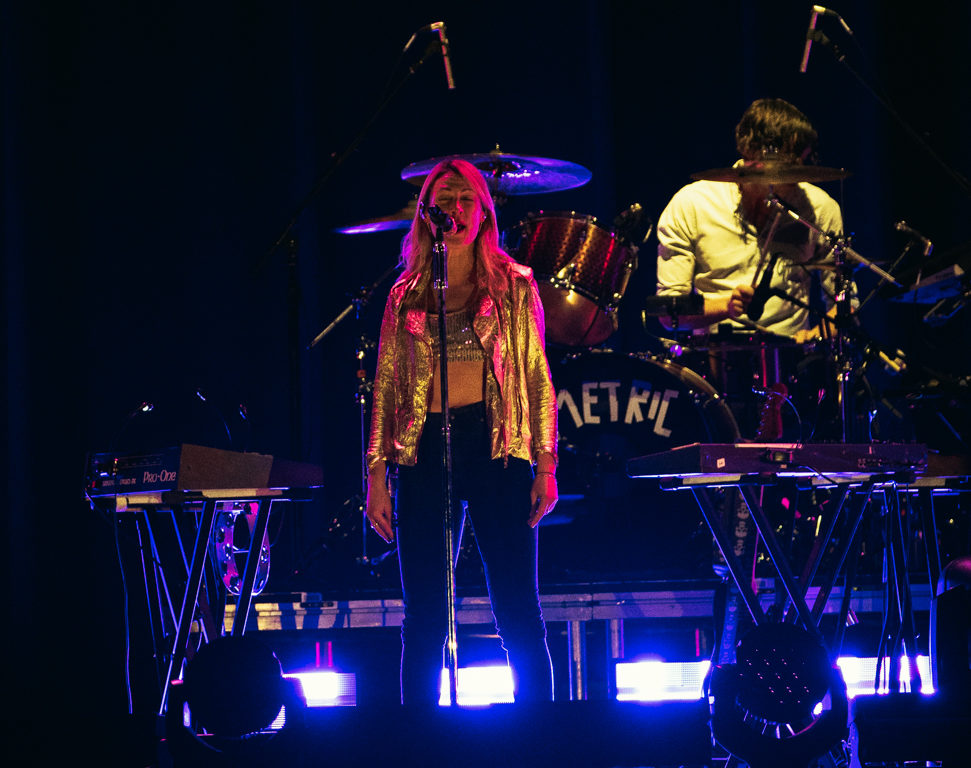 Metric opening for The Smashing Pumpkins

Opening the Denver stop was Canadian indie-rock band Metric. Rattling off heavy-hitting guitar riffs and sparkling synths with Emily Haines sharp vocal lines, Metric withstood the daunting task of opening the arena with grace. Perhaps not the liveliest response from the audience setting up for the main performance, Metric came with heaps of energy and then some. Playing an abbreviated set that was sure to include fan-favorites “Help, I’m Alive” and “Gold Guns Girls,” the band took the Pepsi Center to ’00s indie-rock bliss. Receiving a standing ovation at the conclusion of their set, Metric had Denver out of their seat and in the palm of their hand. 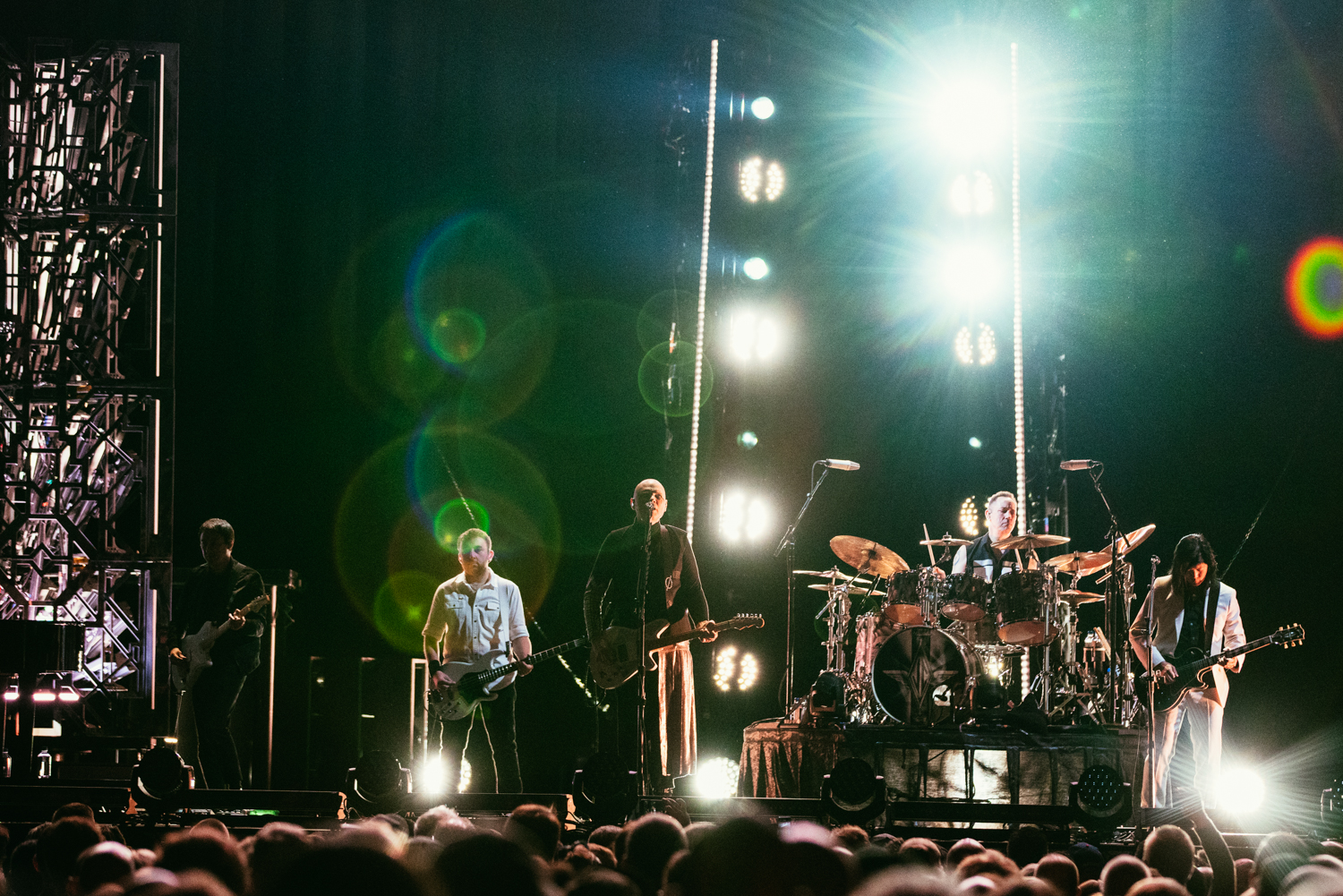 As the curtains closed on Metric’s performance, anticipation ran high for the men of the hour — The Smashing Pumpkins. After the changeover was complete, a video, echoing the aesthetic of their album Mellon Collie And The Infinite Sadness played out across a massive LED screen. Following the video, Corgan sauntered onto the stage solo to perform “Disarm,” while family photos of his younger days sans the band played behind him — a slight foreshadowing into the self-indulgence of the night. As beautiful as the song sounded, it was only at its finale that the reunited members joined Corgan for the set — an afterthought amidst the premise of the night. However, once the band geared up they were tremendous. 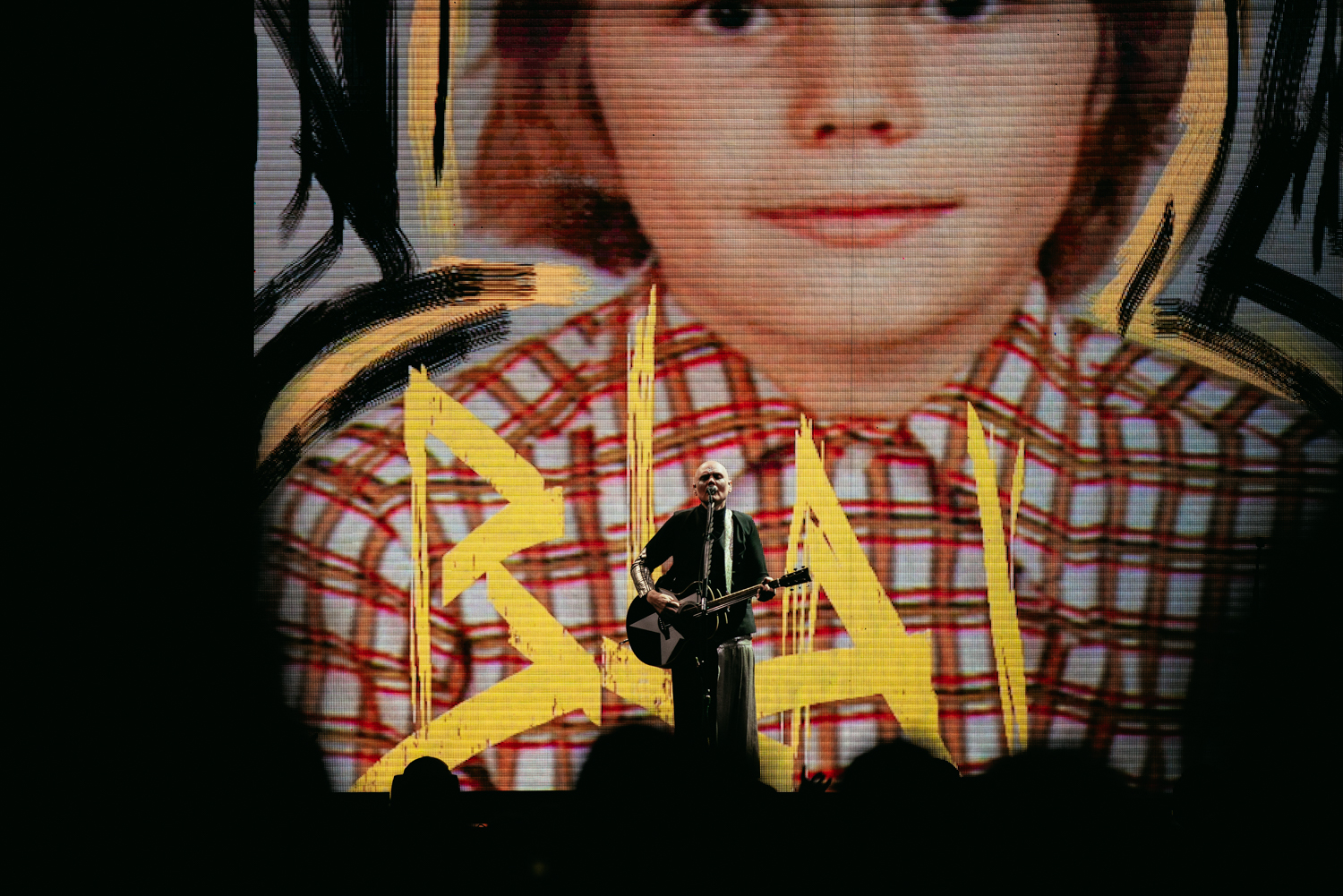 From the thrash-ready “Siva” to the starry-eyed “Thirty-Three,” the band pivoted through the many junctions of their career with the fluency of a well-oiled machine. Even a cover of “Space Oddity” wiggled its way into the set, with Corgan ascending risers dressed in metallic robes, while the band played below. The performance visuals were gorgeous and divine, though predominately featuring Corgan, they emphasized the songs emotional tone — leaving many unable to look away. Throughout, Corgan and the gang embraced moments of unadulterated happiness performing songs from their heyday, but rarely converging on the shared feeling together. Such was the general chemistry of the night — many opportunities to bask in the theatrics of one without the union of many, which put a bittersweet tinge to the night.

Time can heal many things, but the result of an ego is a hard thing to erase. The Smashing Pumpkins sounded great, but there was something missing. Compared to the renewed camaraderie of other high-profile reunions, like that of Guns N’ Roses two years ago, the same was not true for The Smashing Pumpkins. The band had come back together without truly appearing as one. It’s much like the feeling of their song “1979,” and the happiness and sadness of nostalgia getting the best of you. Perhaps that was the point of it all, going back to those reckless and wild moments, if only for the taste of it, but not being completely ready to take what comes with it.