Nine Inch Nails is one of those bands who seethes wild aggression. Their songs and performances — dystopian releases of turmoil and violence — charge on all cylinders in larger than life cadences. The audience who are casualties in their onslaught are devoted warriors to the outrage the music inspires — finding an identity and a catharsis in the band’s message.  To that effect, their performance at Red Rocks Tuesday night was hellfire and hand grenades, an all-out assault of a performance leaving nothing but deafening cheers in its wake. The “Cold Black and Infinite Tour” as it’s been dubbed, knocked the living daylights out of Red Rocks. 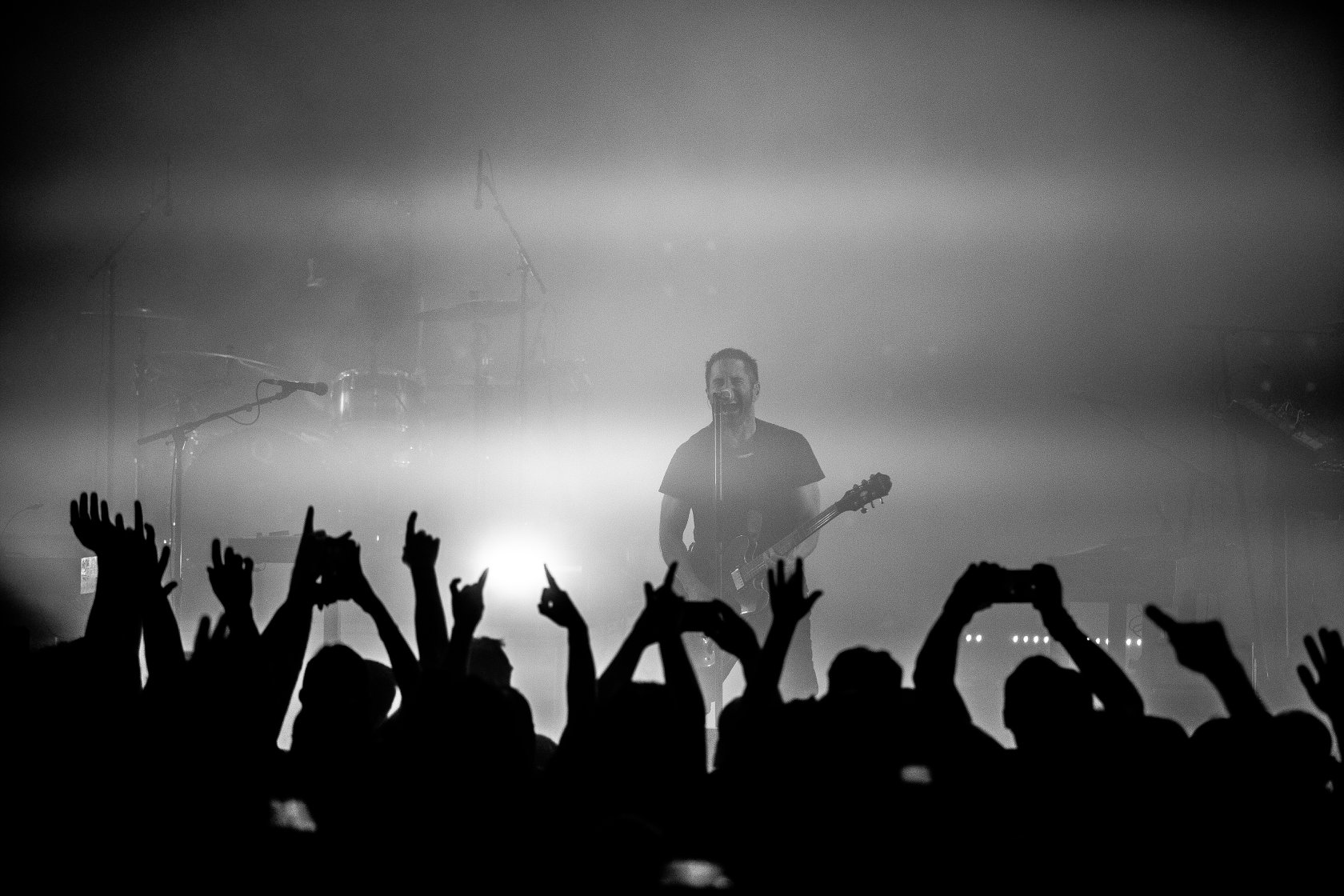 The Jesus and Mary Chain fittingly opened the performance, a symbolic gesture to one of Nine Inch Nail’s inspirations. Beginning the set with the indulgent “Honey,” The Jesus and Mary Chain were ready to flip the script, letting the audience cling to the song — the last moment of serenity. In a blaze of screeching guitars, The Jesus and Mary Chain decidedly went off the rails, showing why they are rightfully a cult favorite. Though the ‘80s drift farther behind us, The Jesus and Mary Chain played with a fluidity many younger bands can only dream of, reigning in the audience through brit-rock and metal-tinged anthems. Many in the crowd — becoming reacquainted with the band and realizing how many songs they knew — found themselves caught up singing along. Modestly leaving the stage at the conclusion of “Reverence,” the band was cheered by a crowd alight with boundless energy. 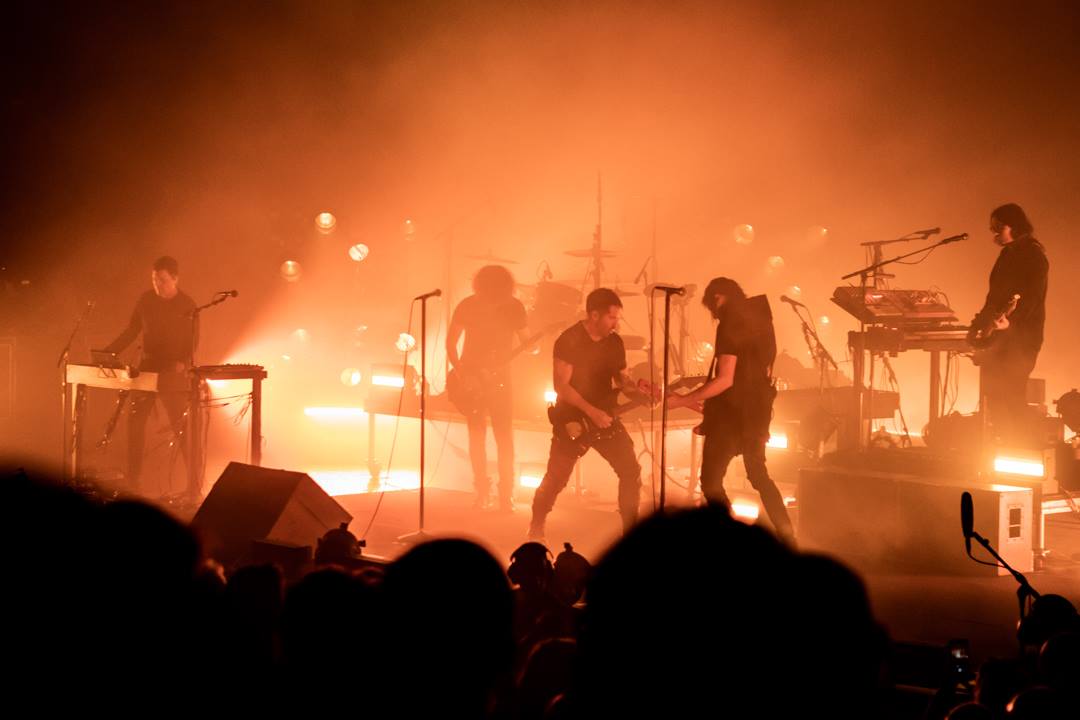 Much to the surprise of attendees, Nine Inch Nails took the stage bathed in darkness, until Trent Reznor appeared from a single spotlight and took the first shot. As the crescent moon sat anchored to the monoliths, Nine Inch Nails strode through the aggravated “Somewhat Damaged” before the complete devastation of the fuzzed out “The Day The World Went Away,” as it followed. The production, simple yet incredibly effective saw individual stations of illumination encompassing the band — giving light and taking it away at a moment’s notice. The resulting performance — an ambush of light and sound — was as disorienting as it was exhilarating. Couple the lighting production with the cameraman shooting onstage and the performance mushroomed to epic proportions. 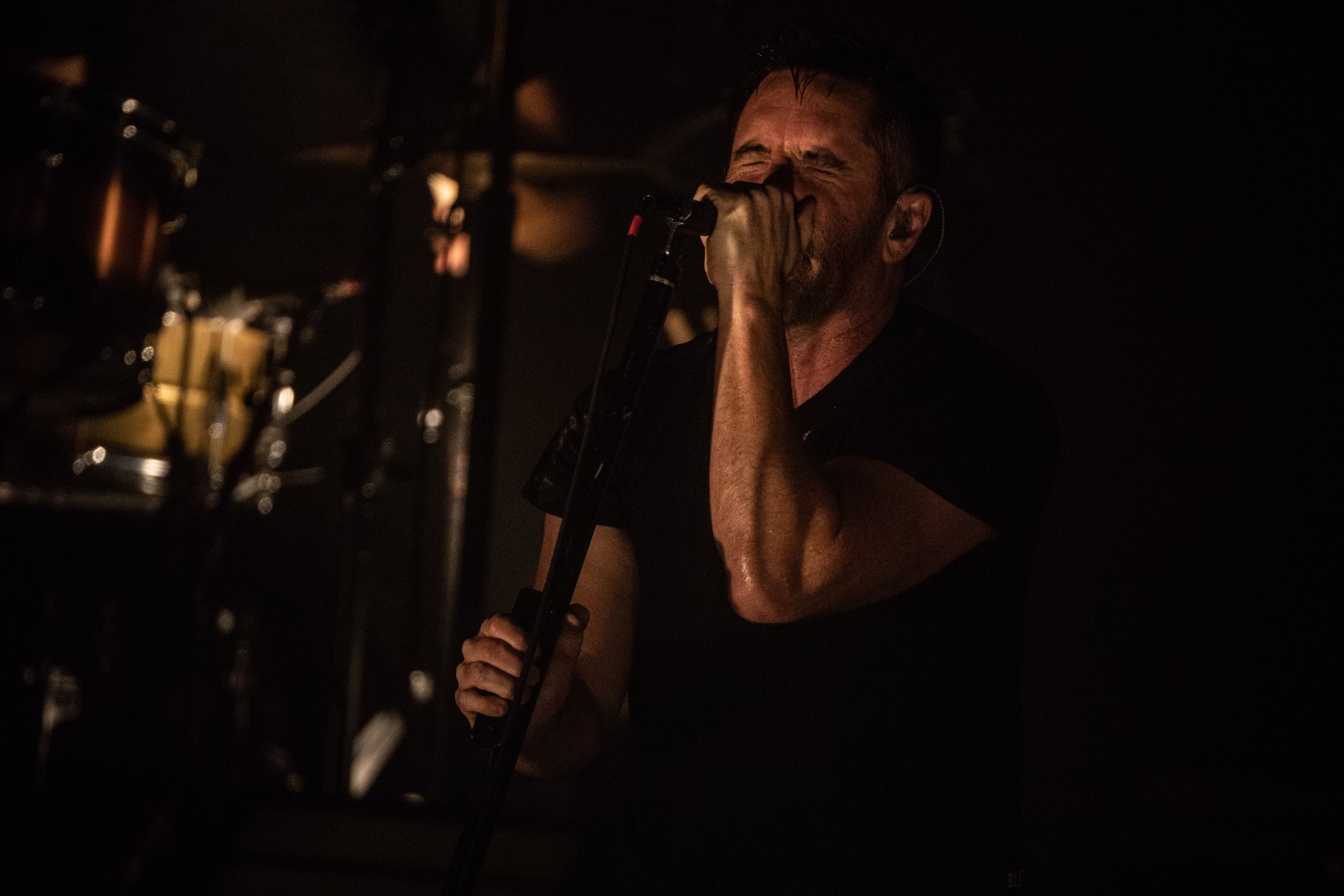 The band, drawing from a juggernaut of a discography treated Red Rocks to some of their hardest hits back-to-back-to-back. Fans, who were challenged to wait in a physical line for prime tickets earlier in the year rejoiced at the band diving into the deep setlist. The heaving set hammered Red Rocks tooth and nail, with each member of the band grinding the gears and giving their all.  The band even came with an arsenal of surprises — performing “Over and Out” for only the second time ever, a cover of Pigface’s “Suck” and the live debut of “The Perfect Drug” — a song the band released nearly 21 years ago. For fans of the band and for strangers alike, Nine Inch Nails dropped a napalm on Red Rocks the effect of which was nothing short of triumphant.