Last night How I Met Your Mother (HIMYM) fans had a chance to meet Barney Stinson in the flesh at Alamo Drafthouse in Sloan’s Lake. Neil Patrick Harris, an accomplished actor, producer, comedian, magician and director is also an accredited author of two books to date — an autobiography and the first book in a children’s series entitled The Magic Misfits. Harris just published book number two of the series, and it’s called The Magic Misfits: The Second Story. Tattered Cover Book Store partnered with the popular dine-in theater to host a book talk and movie screening of The Smurfs (featuring the voice of Harris) and gave fans the chance to meet the star afterward.

Harris is nothing like the ladies’ man he plays on HIMYM, but he sure is a crowd pleaser. The actor and author sat down to answer questions during a paneled discussion, lightning round and even talked to the kids in the audience before the movie screening, and got a lot of laughs and even performed a magic trick. 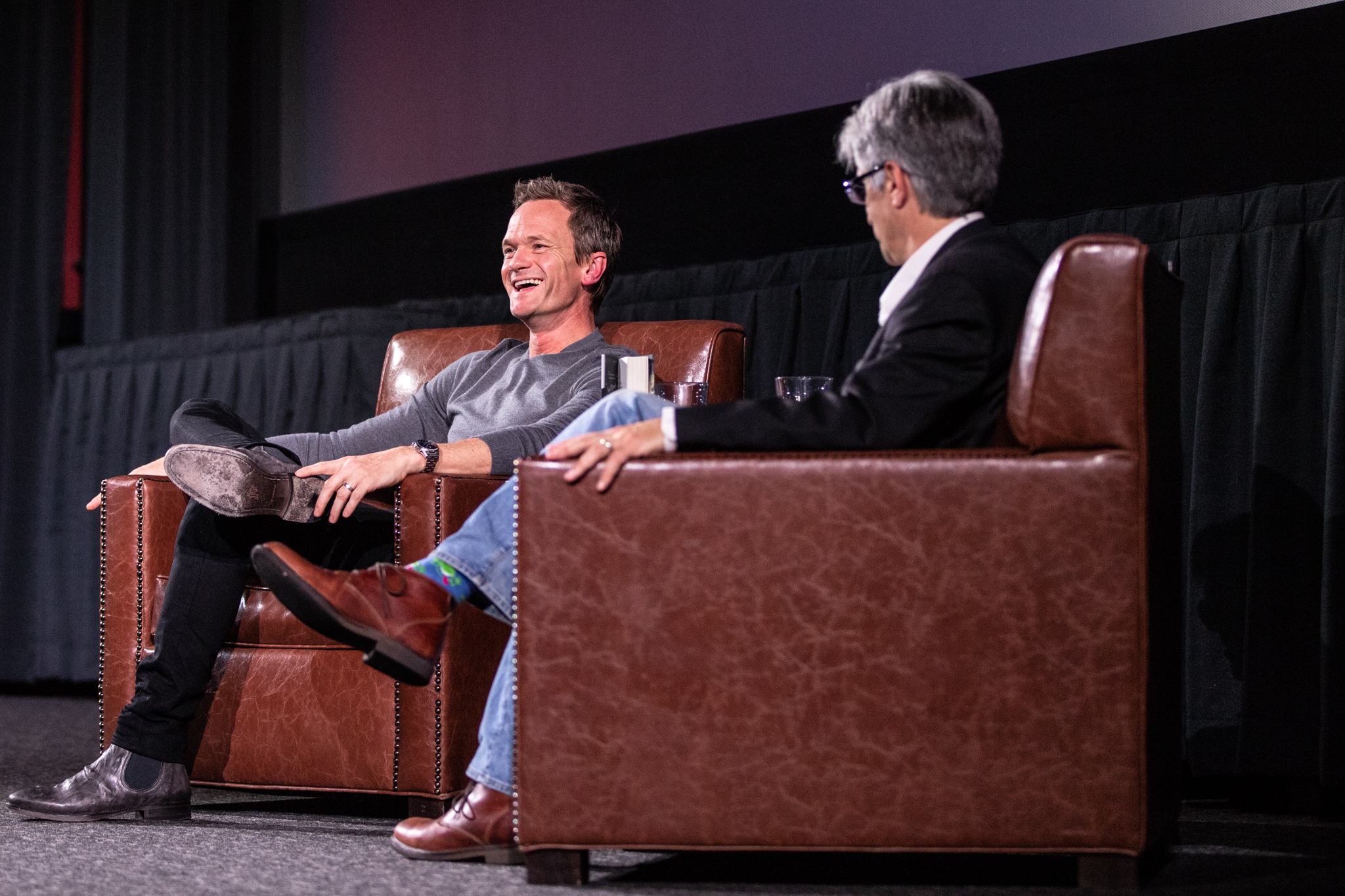 “If my stories are really boring, I’ll know because everyone will start ordering food,” Harris said. The Alamo Drafthouse was a little different than the other venues on Harris’ book tour, but he seemed to enjoy being onstage.

“What movie are they watching?” he asked the Alamo staff members, who informed him of The Smurfs screening. “Are they really?” he joked.

The audience was a mixture of kids (fans of the book) and adults (fans of his other work), and Harris did a great job of addressing both age groups. The paneled discussion started out with questions about the book series’ main theme — magic — Harris’ favorite hobby and something he has been interested in since he was a little kid.

“I grew up in a small town in New Mexico called Ruidoso about three hours southwest of Albuquerque, which is a little reminiscent of Mineral Wells [the fictional town] that I write about. When I was younger, we would go to Albuquerque and go to the mall, and Wind Rock Mall had a magic shop in it called Fool’s Paradise and I went there as a little kid,” Harris said.

“I just loved it because I could ask the musician behind the bar to perform tricks and then he wouldn’t explain how anything was done unless I paid for the trick. So I saved up my allowance and I would go anytime I was in Albuquerque. So I just love magic. It fits into my brain and my wheelhouse really well.”

Harris believes magic is fun for all age groups, but that kids obviously really enjoy it. It seemed like a no-brainer that he would incorporate one of his favorite pastimes into his book series. The HIMYM star has two kids of his own and knew he wanted to write a children’s book that they would love.

“I thought it was a cool opportunity. I originally thought the Magic Misfits would be a picture book. We are avid readers. My husband David is a reader as well and so once we had our kids, we read to them really early. We would read to them nightly Goodnight Moon as sort of a ritual and as they got older it became smaller picture books and then bigger picture books. And now they’re eight and starting to read on their own which is just the greatest time so far,” Harris said. 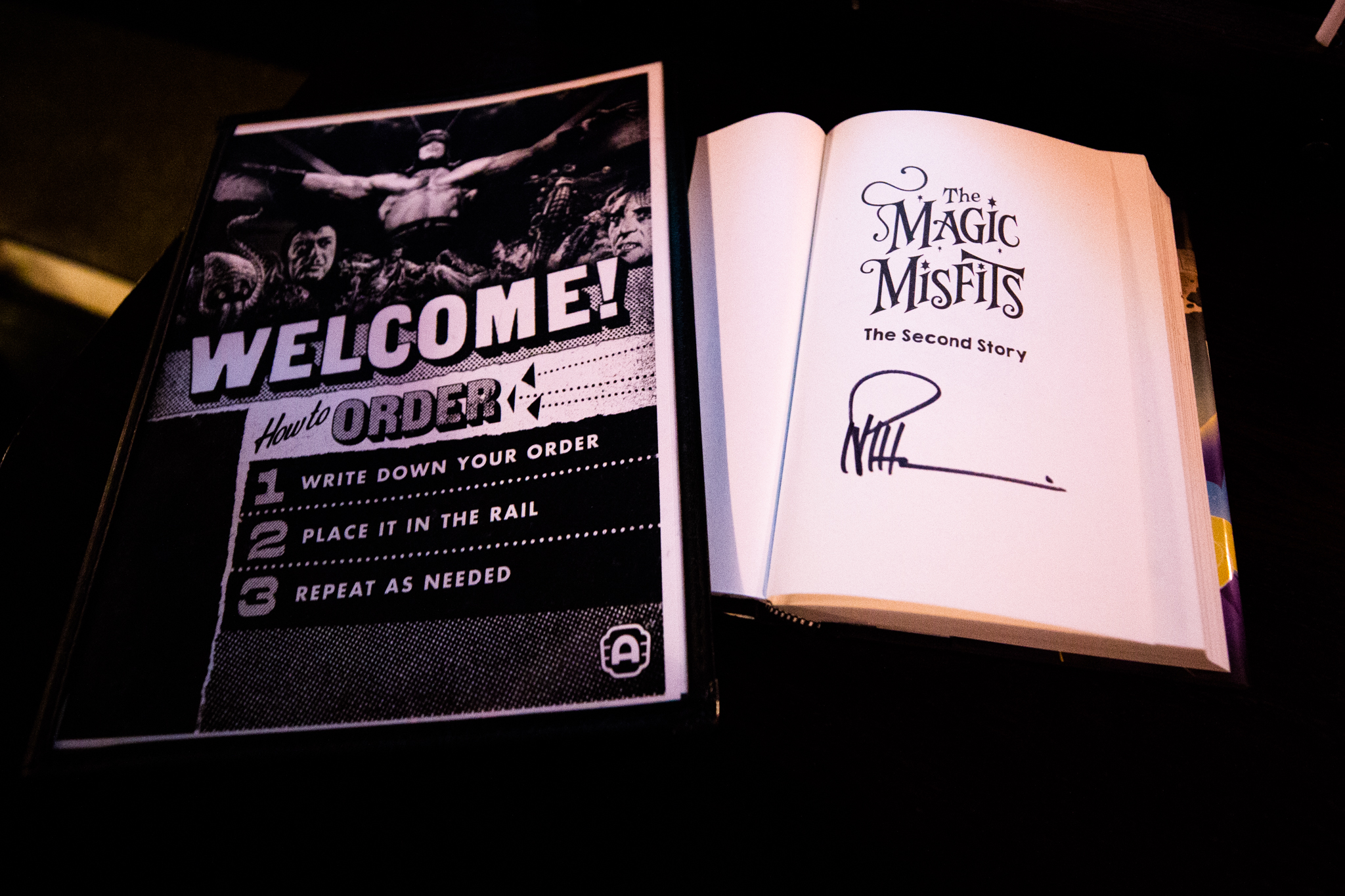 The Magic Misfits: The Second Story. Photo by Heather Fairchild.

Harris said that writing the children’s book series has been no easy feat, and much more difficult than acting.

“I find writing so challenging. As an actor, you’re saying something that someone else wrote. You’re part of a larger circus. But when I was writing something — especially something for kids, I felt like I had an opportunity to subtly instill a lot of different things to the audience. These are kids that are reading books for the first time. I have an opportunity to teach them magic, a sense of humor and mystery. I want to honor the reader and with that it was difficult. I felt a lot of responsibility,” Harris said.

The Magic Misfits series is definitely written for kids but includes morse code, links to websites, maps and other engaging features that make it different from your average children’s fiction book. Harris also doesn’t dumb down his choice of vocabulary.

“I think that kids shouldn’t be talked to like they’re little kids. They are smart enough to get things quickly,” Harris said.

In addition to discussing his book, Harris also answered a couple questions about his TV characters and favorite part of acting. He wants people to know he is nothing like Barney Stinson in real life. He really didn’t think he would even get the gig.

“I auditioned like anyone else auditions for stuff. It [the role] was written as a portly, dark-haired, cigar smoking, Jack-Blacky, John Belushi-type dude and I didn’t think I looked like that so I assumed I wouldn’t get it. But I knew the casting director and she asked me to come in and so I didn’t care because I didn’t think I was going to get it and did crazy stuff in the audition. I was in a laser tag scene or something. I did dumb things because I didn’t really care. And so I think they liked that reckless abandon and I wound up getting the gig,” Harris said.

“As an actor that’s one of the best things about acting. You’re playing people that aren’t like you. And so it was a great opportunity to get to play someone who wears suits and drink scotch and makes out with random chicks. Anyone would want to do that. I loved the dynamic of the real life versus the fake life.” 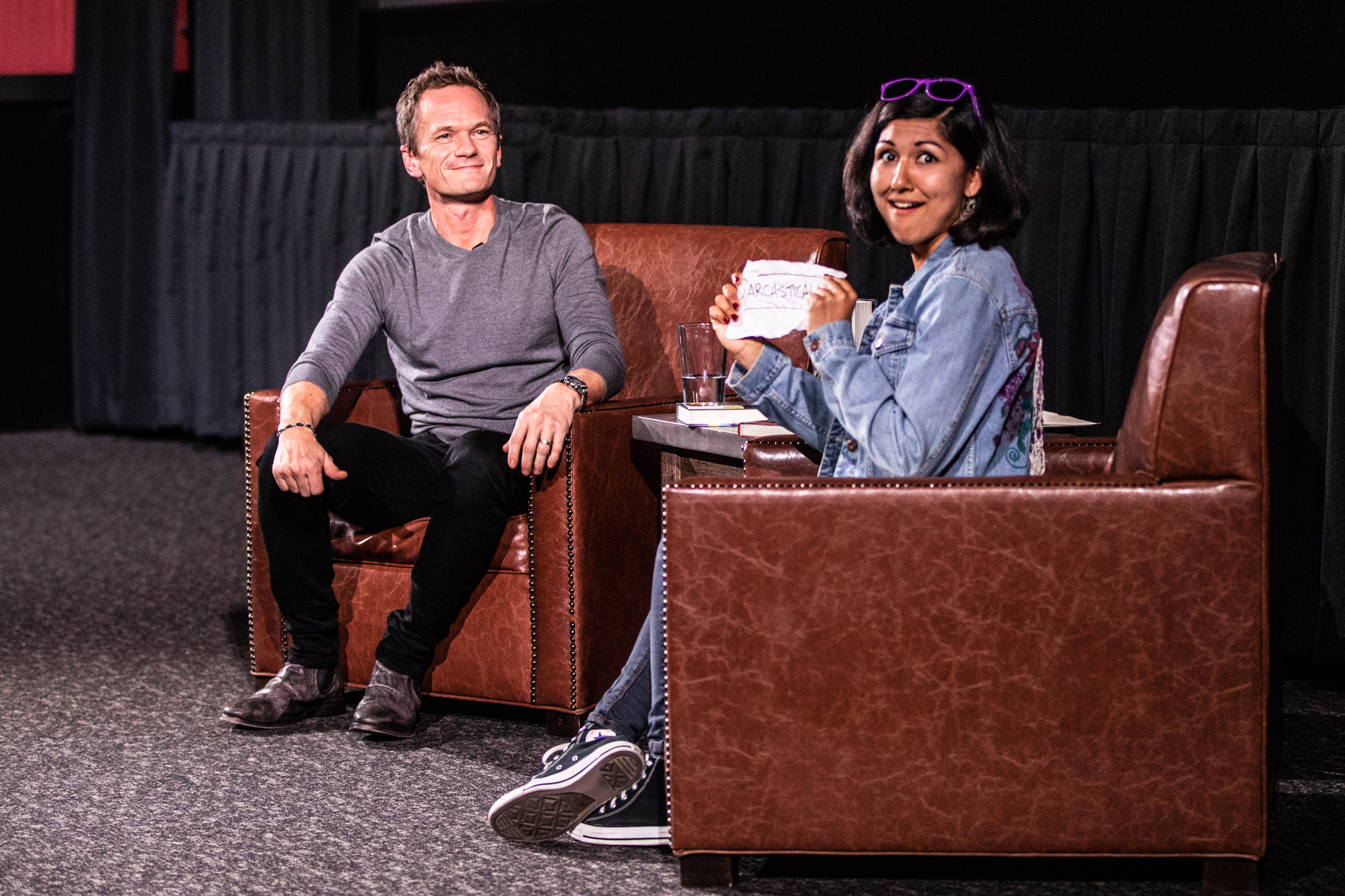 To end the night, Harris wowed the crowd with a magic trick by selecting a member of the audience who chose a random word from a random book page in The Second Story. Harris ripped the book page and threw it into the audience crumpled when it was later discovered that the chosen word sarcastically was written on the page.

He may not play Barney Stinson anymore, but for fans, the night at Alamo was definitely legendary.