Denver indie rock group Dream Feed’s new album came out last week and it is definitely one worth checking out. The four piece band’s self-titled debut album is a culmination of what the group feels they are able to produce at this time. “A lot transpired during the writing of these songs and the creation of this album; multiple tours, playing with a few different bassists, the band moving from Monument to Denver, and working with a small start-up label to produce the record, to name a few. We felt this debut record is a sonic representation of where the band is at in this moment,” said Miguel Dakota. 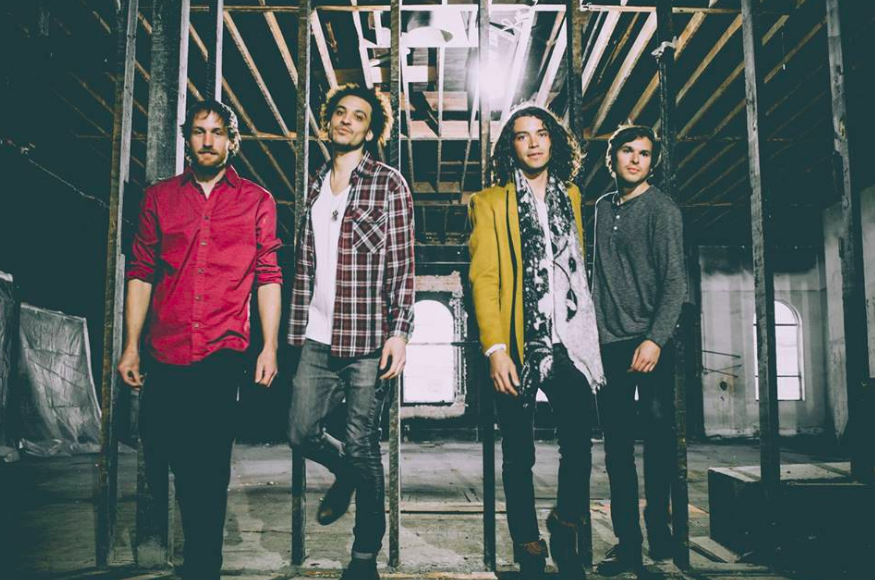 The lead singer and guitarist for Dream Feed — Miguel Dakota — gained popularity prior to his time with the group as a star on the TV show, America’s Got Talent where he was a runner-up and crowd favorite. Dakota displayed his exceptional guitar playing as well as his soulful voice in a way that captured hearts from the get-go.

The band’s career started under the name Miguel Dakota and the Differents before changing their name to Dream Feed. “Dream feeding is when a mother nurses a child without waking the child up. This concept can be looked at as a metaphor for life. We often go through our day-to-day ingesting what we are fed without being conscious to reality. We believe music has the ability to wake people up,” said Dakota.

The group’s debut album was released September 14 with a fun, successful album release show. They performed to a sold out crowd at Syntax. According to the band, the show went exactly how they hoped it would and it was an amazing atmosphere for them to release their album. Below is a video recap of the night put together by thebande.co.

From start to finish every song exhibits the band’s great skill and mastery of their own instruments. With Dakota’s powerful vocals at the forefront, each song leaves an impression that lasts. Combine that with the thick bass riffs and often raging guitar and drums and you have a song that is hard not to love. Having seen what Dakota can do solo with just a guitar on America’s Got Talent, it was refreshing to hear him fit in with the band. While he is the lead singer and guitarist, it never feels like he is the center of attention. “Our creative process is very collaborative. Often, one member of the band will bring a lick, lyric, or song idea to a rehearsal and we will flesh it out as a group. Each member has their strength when it comes to writing, so this approach seems to breed the best music for us.” Dakota explained.

Throughout the album, the songs flow from hard-hitting rock songs to indie jams. The band really put themselves out there with this album, showing all of their colors. According to the band, the last song is one of their favorites. “Straight Lines” is the first song the band wrote with their bassist, Will Gaines. He brought it to the band and they helped put it together. There is a section in the middle of the song which features the bass and it really shows off the talent carried by the entire group.

Dream Feed’s debut album is a representation of where they are as a band right now. In the future, we hope their musical productions continue to match up to the cohesive sound on this album. Between the changing vibes of the songs and the musical talent expressed, Dream Feed is definitely a band to keep an eye on as they grow in Denver and in the national music scene.

You can listen to the new album below, or click here to open it in Spotify.

Dream Feed will perform at Surfside 7 in Fort Collins on October 6. Tickets are $5 at the door. Click here for more information.