In 2005, Colorado-residing musician Brad Corrigan ventured to Nicaragua to join Denver’s Greenwood Community Church to connect with an orphanage through his music. Thinking the trip would be a quick, fun adventure, the artist of the beloved jam-rock group Dispatch had no idea what was coming for him. Hopping into his cab, a Nicaraguan taxi driver named Bismark Rocha learned why Corrigan had made the trek to his country and insisted there were other children who needed his help more. Corrigan responded, “Well, where?”

As Rocha drove Corrigan to the La Chureca trash dump in Managua, the American had no idea what to think of the strange animals, total disorganization and beautiful children running around barefoot. Realizing that this was where these children and their families lived and worked, Corrigan instantly knew his life was never going to be the same, and the seed idea for a nonprofit later called Love Light + Melody was born. “I went back the next month and I went back the next month,” explains Corrigan. “I built a really cool friendship immediately with that taxi driver who had the passionate heart to want to take me there. Every time I came back there he would take me in and out of the trash dump and eventually we met some of the kids there.” 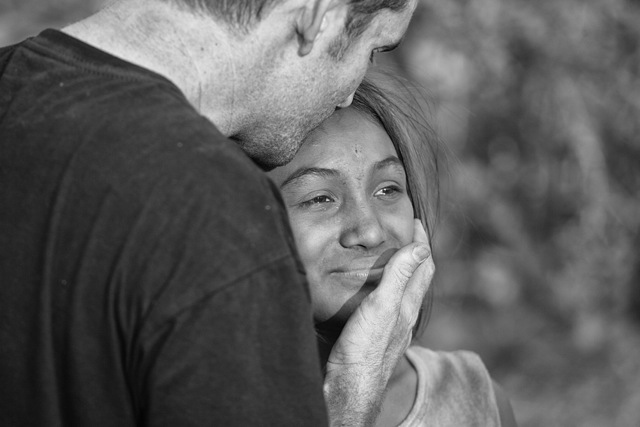 Photo of Ileana by AJ Neste

The first child that Corrigan met was a little girl named Ileana, who knocked on the window of his car, smiling enthusiastically as he pulled into her home. As Corrigan sat frozen in Rocha’s taxi, unsure of how to approach these heart-wrenching circumstances that are the reality of these children’s lives, Ileana graciously took his hand and introduced him to each person in her family and showed him her belongings that she had obviously found within the trash heaps that she lived. These initial moments of grace and kindness spurred a connection and friendship that would significantly alter both of their lives. Along with Ileana, Corrigan befriended her sister Mercedes, and the two girls became integral to the goal of Love Light + Melody. “I look back on it and see that she really just saved me, instead of me saving her,” described Corrigan of Ileana. “Just an incredible experience.”

“Those two girls had become our right and left hands — they were the entire reason that we were in there,” said Corrigan. “If we had 10 people or 60 people, we would add those two — we had those girls with us for everything.” While his closeness with these girls and the rest of their community provided Corrigan with an amazing bond, it also showed him some brutal realities that the severely impoverished face every day. Just as Corrigan felt they started to make major headway in their plans, Mercedes passed away. After blood work was done on Ileana and the rest of her sisters, it tragically became aware to their team that the girls had all been exposed to HIV. Devastatingly to Corrigan, Ileana also died in 2011. Through mourning the girls and realizing they did not want this to happen to anyone else, the Love Light + Melody team realized they needed to continue on and tell their stories, so they started a Kickstarter in 2014 to raise funds for a documentary called Ileana’s Smile and are hoping to one day go on to open a school called “Ileana’s School of Hope.” 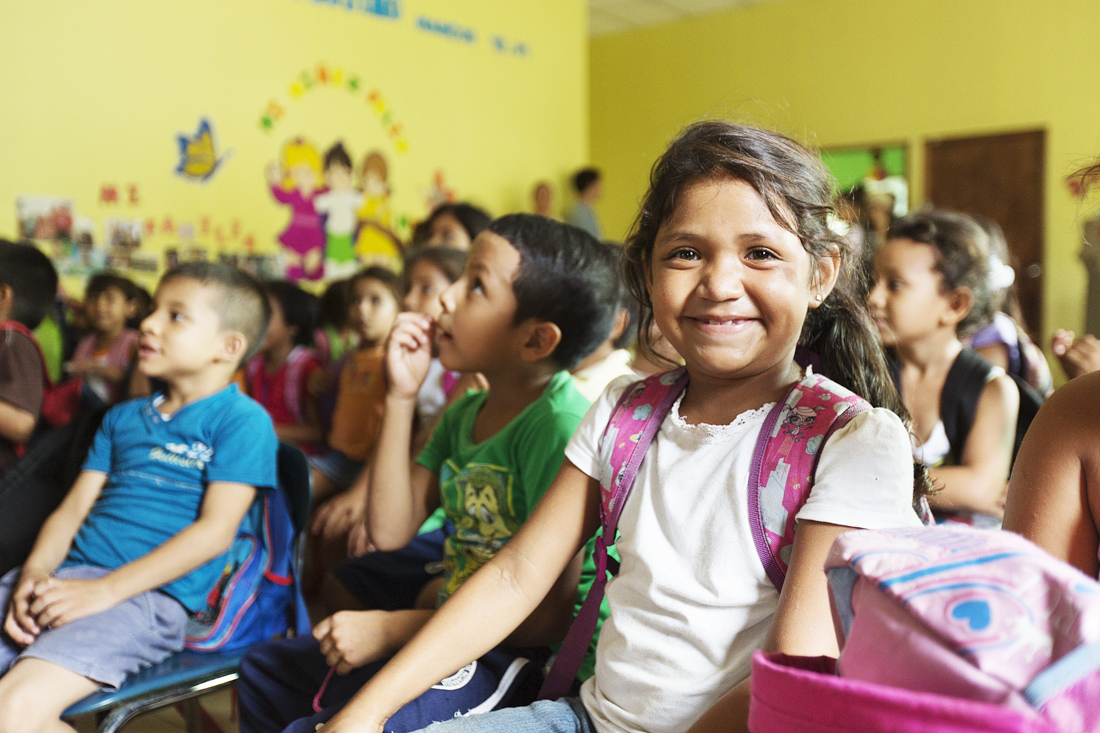 That’s when Corrigan knew he needed support in running the campaign, and when he got in touch with Daisy Wiberg. Wiberg was working in sports and entertainment in Los Angeles but was looking to make a change and enter the non-profit world. Once she heard the story of Ileana, she felt an immediate connection with Corrigan and the story, and within two weeks of meeting him she had packed a suitcase and moved out to Denver. The initial campaign raised over $177,000 with 1,173 backers. That was a huge accomplishment for LLM, but, according to Wiberg, the sweetest success will be once the Ileana’s Smile documentary is complete.

“Our vision is to build a six-classroom building [with] an arts center which will include a music studio, art studio, library, computer lab and a sports complex,” Wiberg elaborated. Thanks to several generous partners, we have already purchased the land needed for the classrooms and arts center, and we have a potential partner who will cover the infrastructure costs for those buildings. So, our goal for the next year is to raise the remaining funding needed to purchase land for the sports complex and to operate the school. Our dream would be to see rooms filled with children a year from now.”

With all of their hard work, Love Light + Melody does not forget to take a step back and enjoy the relationships they’ve made over the years with the people they’ve met. “We’re missing the very people if we just focus on trying to save them and don’t ever humanize them,” Corrigan divulged. “There’s a lot we need to do but let’s not miss the beauty of relationship, the kids and families right in front of us and sharing life with them instead of trying to fix them.” To make sure this happens, the organization hosts an annual festival, Day of Light, inside the trash dump each year to celebrate the families that live there. There is music, face painting, kite flying and an all around feel good time for all. 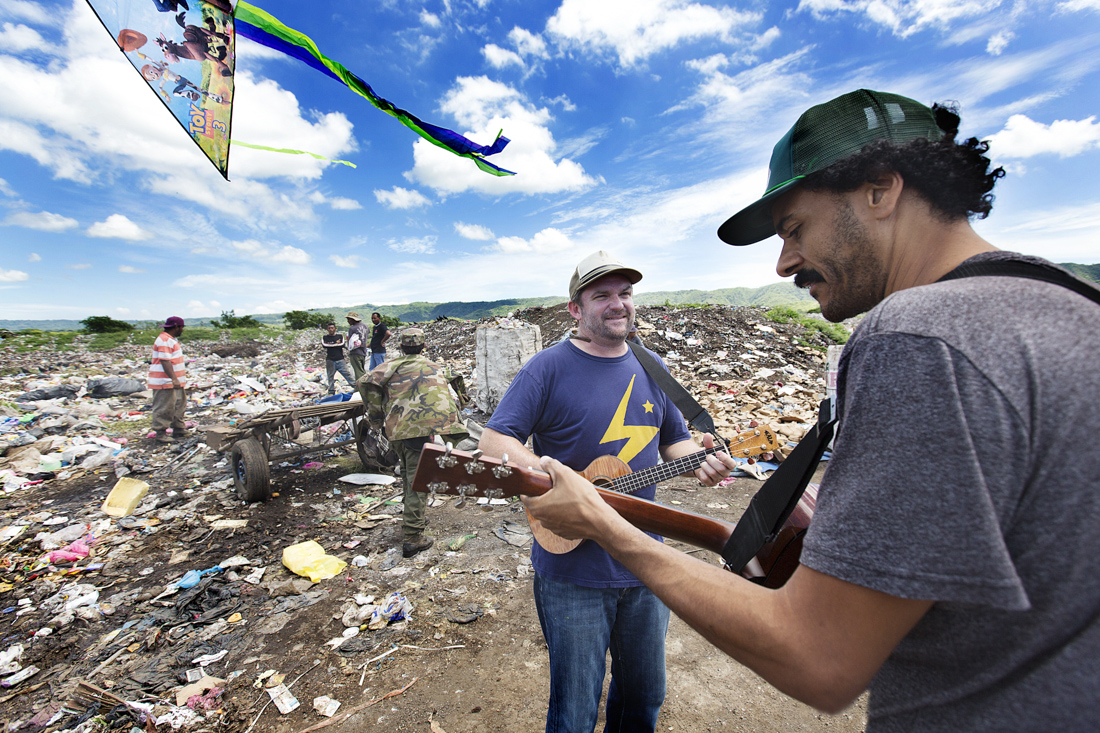 The goal for Love Light + Melody is to provide an education and help restore the childhoods of children living in Nicaragua, but there is plenty we can do here in Denver to help. They are always looking for volunteers at their SunValley Denver location to help with cooking, art and music classes for local kids and LLM also hosts volunteer trips to Nicaragua each year where individuals and families can serve in a hands-on way through the Day of Light event. In addition, they are always looking for clothing, shoes, backpacks, school supplies and other in-kind donations. If any readers are interested in getting involved, please reach out to [email protected]