Despite Teyana Taylor’s abrupt announcement that the “#LaterThatNightTour” with Jeremih would be changing to the “#KTSEOnAlseVII Tour,” after the two reached irreconcilable differences, the show at the Ogden proved to be as good — perhaps even better — without the Chicago born crooner. The all-female line-up allowed the girl-power to shine brightly, and Taylor’s position as headliner proved entirely appropriate. The G.O.O.D. Music signee had the trappings of a true star — her skill, charisma and exceptional fashion sense all combined to show just how much she deserved the lead role. Regardless of the relatively low ticket sales — the entire balcony was closed — the show was still a gathering of passionate fans who filled the house with enough energy to make for a great dance party. 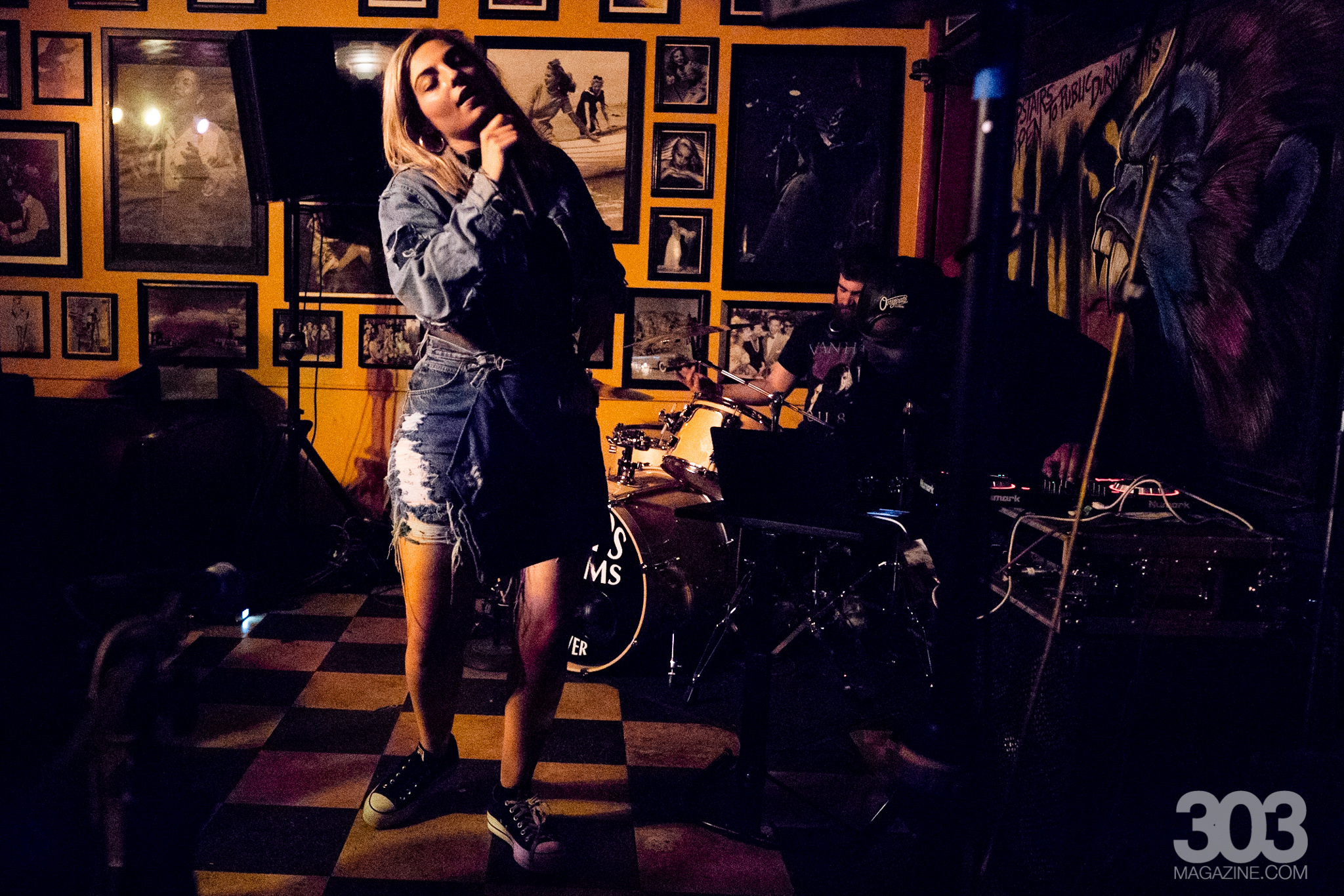 YaSi at the 2018 Underground Music Showcase. Photo by Heather Fairchild.

Denver’s up-and-coming R&B sensation YaSi opened the show right at the stroke of 8 p.m., playing a 15 minute set of originals perfectly suited for the lineup. Her vocals shone over the dense production, and she confidently made the most of her short time on-stage. Fortunately for fans, she will be performing again this Saturday at The Goodness Block Party. 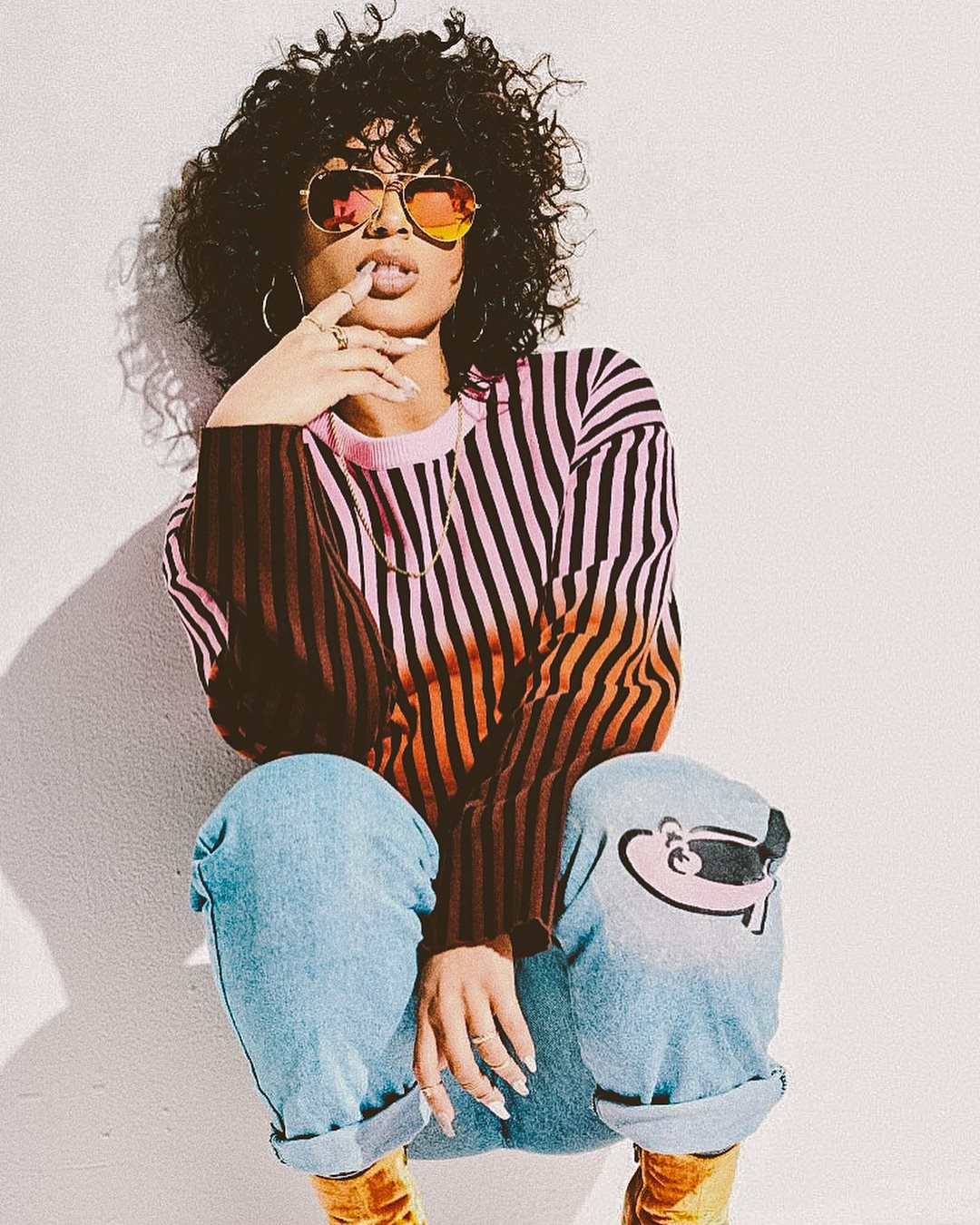 Next up was Miami-born singer and dancer DaniLeigh. Her DJ — a large man in a pink Yeezus tee, matching socks and white Yeezys — hyped up the crowd, yelling over bangers both old and new. His opening set proved the endless durability of Juvenile’s “Back That Ass Up.” The 1998 single still compelled the audience to get down, even with the DJ yelling commands over the top. After the crowd was properly warmed up, DaniLeigh emerged clad in an oversized green zip-up flannel, baggy jeans and obnoxiously fly sunglasses. She was joined by two dancers with equally impressive moves. The three had all the swagger of a ’90s girl group, strutting the stage with finesse. DaniLeigh’s singing skills were impressive, but her career as a dancer — having starred in videos for Daddy Yankee, Nelly Furtado and TimeFlies — nearly eclipsed her vocal performance.

After DaniLeigh finished her set the stage was loaded with three dirt-bikes. Taylor’s backup dancers emerged clad in BMX gear, priming the stage for the star’s arrival. Taylor hit the stage in similar attire, amplified by a black, Madonna-style bra. Even prior to losing the heavy gear — Taylor and crew would strip down to lingerie over the course of the set — the sexual energy was palpable. Denver Bronco Von Miller could be seen on the balcony — he and his crew having gained exclusive access — mouth agape as he intently watched the explicit set.

The dancers did a routine involving illuminated umbrellas, but the set reached its steamy apex when a female audience member was invited to the stage, strapped to a chair then was given a lap dance by Taylor and her whole crew as the singer crooned. Only a few songs later the artist switched the vibe dramatically singing an extraordinarily heartfelt ode to her daughter as the little tot was passed to the stage. The kid did a short dance, melting the collective heart of everyone in attendance. The juxtaposition of the raunchy and the familial seemed odd at first, but Taylor’s sincere appraisal of the many facets of her life made the performance a certain continuity. Her Kanye-produced K.T.S.E. dominated much of the song selection, but classic tracks including the Pusha T assisted “Maybe” were some of the highlights. Some people were disappointed by Jeremih’s absence but giving Taylor the additional room allowed the singer to shine all the brighter.

Clayton Hotel Brings a New Kind of Members Club, Along with a Chic Restaurant, Cafe and Bar to Cherry Creek