Books and tattoos both hold their own stigmas. For many people, loving books makes you a nerd and loving tattoos makes you a punk. Until the last few decades, the idea that bookworms and punks could coexist — or, more likely, be the same person —would have been laughable. But stereotypes and preconceptions only go so far and the most interesting people are often amalgams of many different personalities and interests. 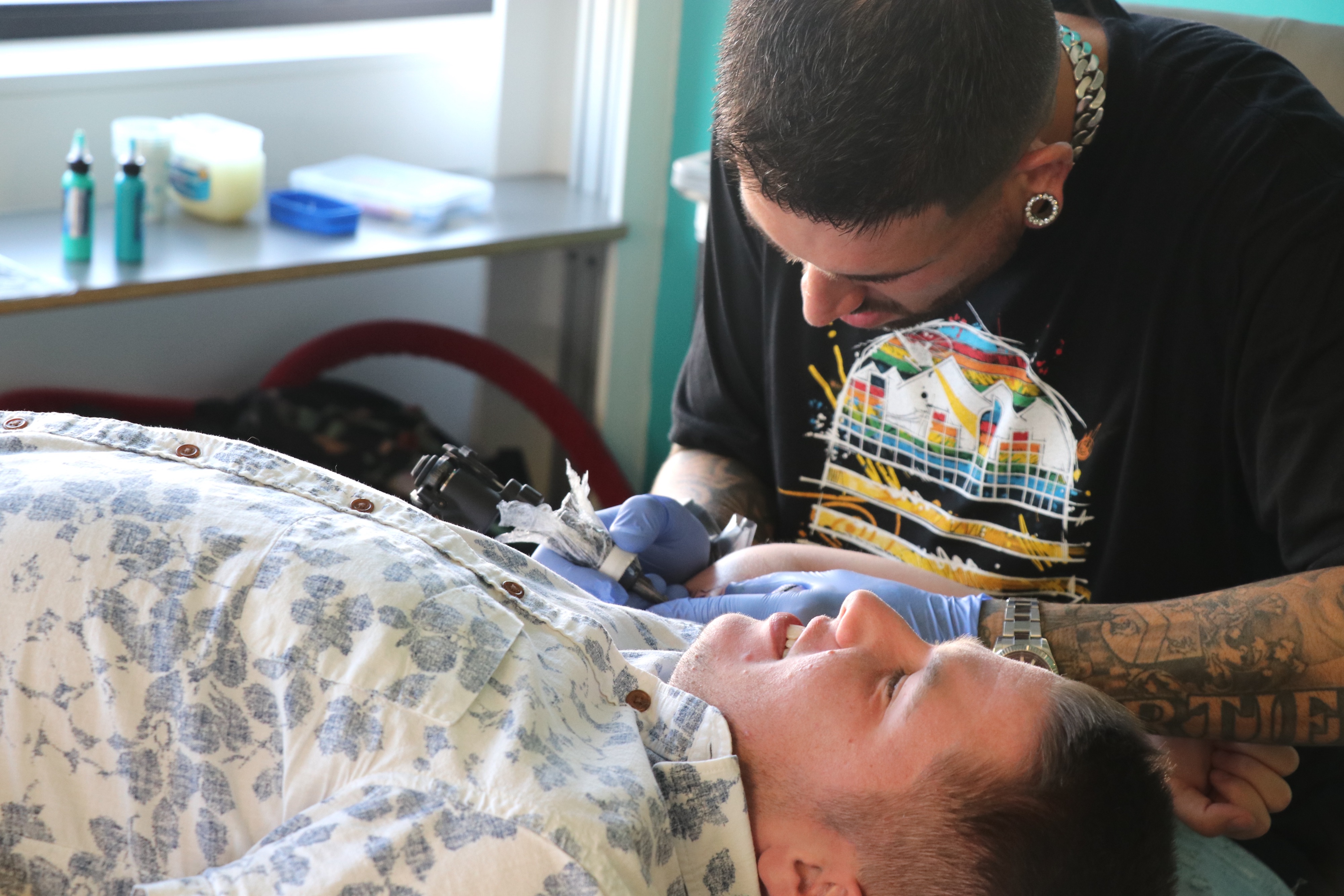 One such person is Denver native Nando Mondragon — self-proclaimed nerd and founder of Certified Tattoo Studios — who decided to team up with Denver Public Library for a fundraising event that paired tattoos and books in order to bring attention to both. Unfortunately, if you’re reading this the event is over — it happened yesterday from 1 to 5 p.m. at the Rodolfo “Corky” Gonzales branch on West Colfax — but it was so successful we wouldn’t be surprised to see another iteration of it in the near future.

The best part about the event, aside from the fact that 120 people received tattoos from the artists at Certified Customs, is that all the tattoos were created with literary themes in mind, with the help of Denver’s librarians. With sizes ranging from two-by-two inches to eight-by-eight inches, the spectrum of tattoos illustrated the wonderful diversity of literature while also showing off the scope of tattoo styles by the artists. Before the branch opened there was already a line of people patiently waiting, young and old. With such a mixed crowd it was encouraging to know that literature and art can build bridges between generations — even when that art involves pain, needles and the irrevocable decision to leave a mark on your body forever.

Beth Zecca made sure to attend yesterday, saying “this was a great event! I got my tattoo because I’ve worked in libraries most of my life (I do not possess an MLS degree yet though). The books were a wonderful way to commemorate a milestone I will achieve in January 2019. In January 2019, I [will] have worked 25 years in libraries (10 in public, 15 in academic)!” Zecca chose a stack of books instead of a design specific to any single book. Some of the other designs ranged from the iconic childhood books of Dr. Seuss and Shel Silverstein to the sci-fi masterpiece Hitchhiker’s Guide to the Galaxy by Douglas Adams. 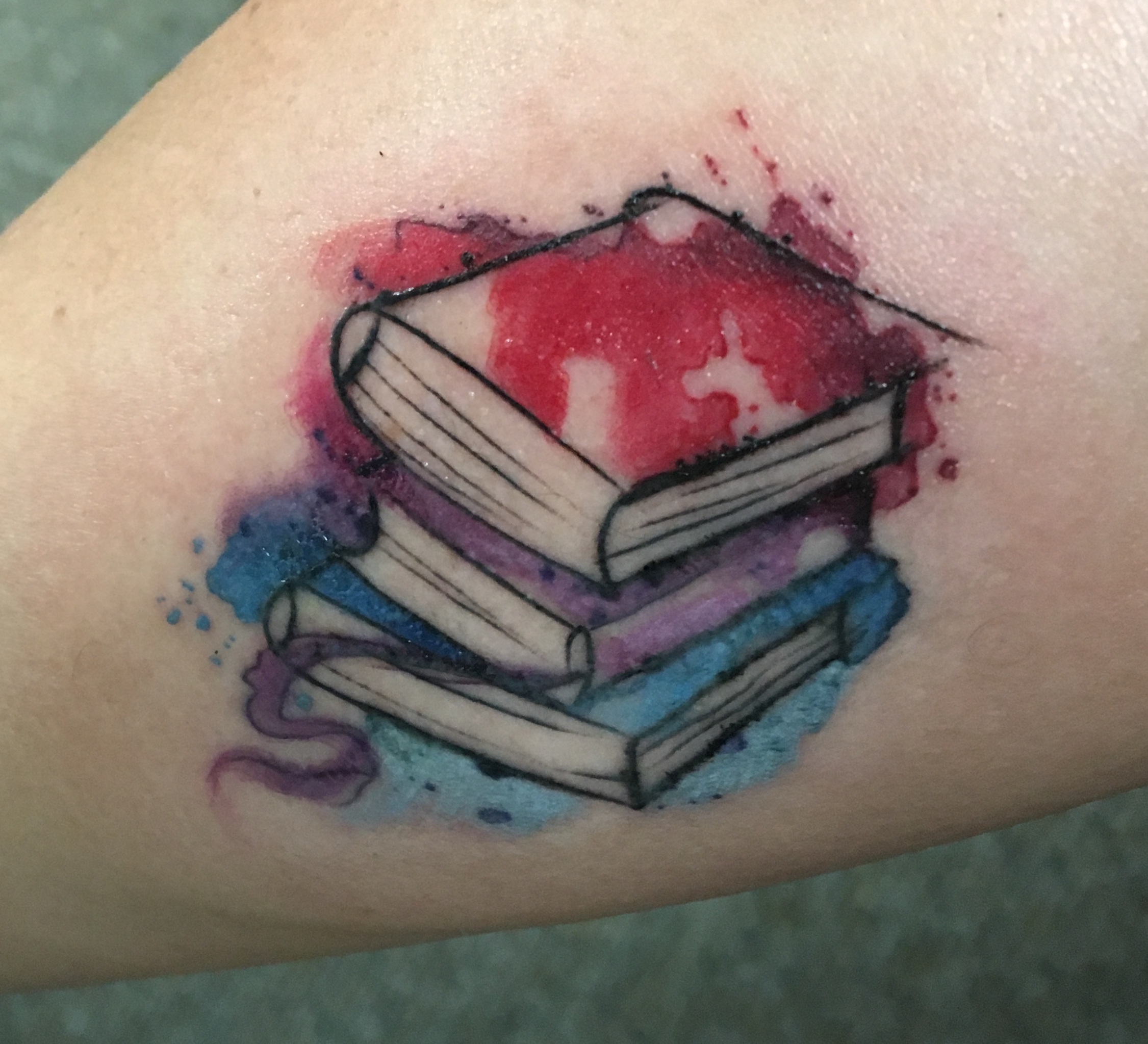 Even though the aesthetics of a library tend to favor mild-mannered types, the Rodolfo “Corky” Gonzales branch always puts forth an effort to stray away from those stereotypes. Their attitude is to accept everyone, no matter how they look on the outside. Some of the librarians on duty yesterday even received a tattoo themselves. “We believe in free and equal access for all and Certified believes ‘anyone with skin is welcome here.’ Our approach to service is the same,” said Anne Kemmerling, the library’s innovation manager in a press release.

People were able to choose from a selection of designs between $50 and $200 with some of that money going to the Denver Public Library Friends Foundation. Mondragon wanted to partner with the library for an event like this because he cited the library as a pivotal institution of his childhood — something that kept him out of trouble and that stoked his fascination in a variety of topics.

If you missed out on this event, don’t get discouraged. Find it as inspiration for getting a literary-themed tattoo of your own choosing and break the stereotype that bookworms and tattoo-lovers aren’t the same people. 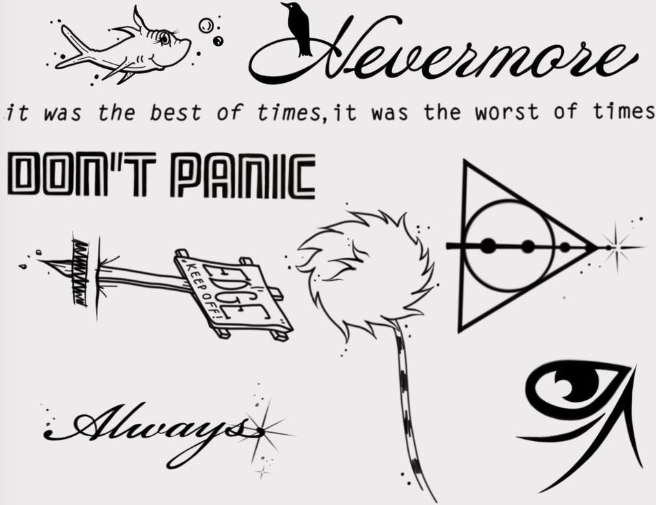 Some of the designs for tattoos. Photo courtesy of Denver Public Library on Facebook