This year’s Summer Jam — the annual hip-hop event put on by KS 107.5 at Fiddler’s Green — was an eclectic mix of some of the genre’s most promising stars new and old. Between 5:30 and 11 p.m. the audience was treated to sets by Kayla Rea, Saweetie, Blocboy JB, Big Boi, Lil Dicky, Rae Sremmurd and Wiz Khalifa. Each act brought a distinctly different vibe, showing the durability of a genre that some people feared would not age well. From beginning to end, everything was high energy. The bass in the first several rows could nearly knock a grown man over, and the diversity of the acts kept any sound from getting stale. Each era of modern hip-hop was nicely represented — the show managed to pull together some of the top talents from across the last 20 years, resulting in a representative look at the many directions and subgenres that have emerged from the vibrant culture of rap. 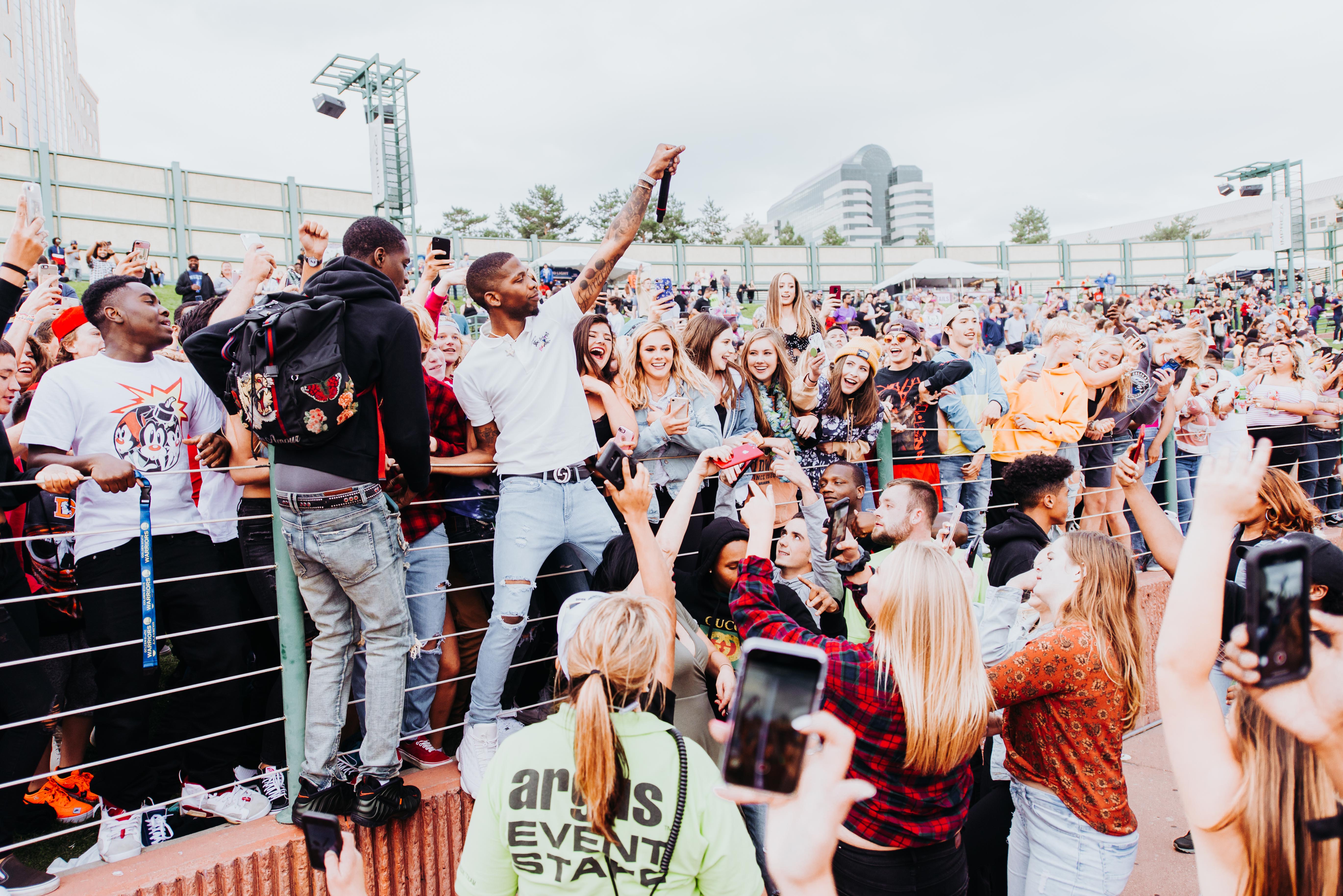 Local singer and songwriter Kayla Rae opened the event in style. Followed by “Icy Girl” rapper Saweetie, the show was good to start with a good healthy dose of feminine energy. Both the ladies had skills, their talent having to shine especially brightly in a genre dominated by men.

Blocboy JB followed suit by immediately jumping from the stage, strutting through the whole venue as his music played. The crowd followed him through his walk, many people hoping to snap a picture or just have the chance to be close to their favorite rapper. While he was most definitely part of this new generation of young rappers who play their music — not the instrumentals — and ad lib over it, he still got the crowd hyped. Older heads who are used to rappers actually spitting full verses found a good reason to take issue, but his infectious energy still gave his set viability. 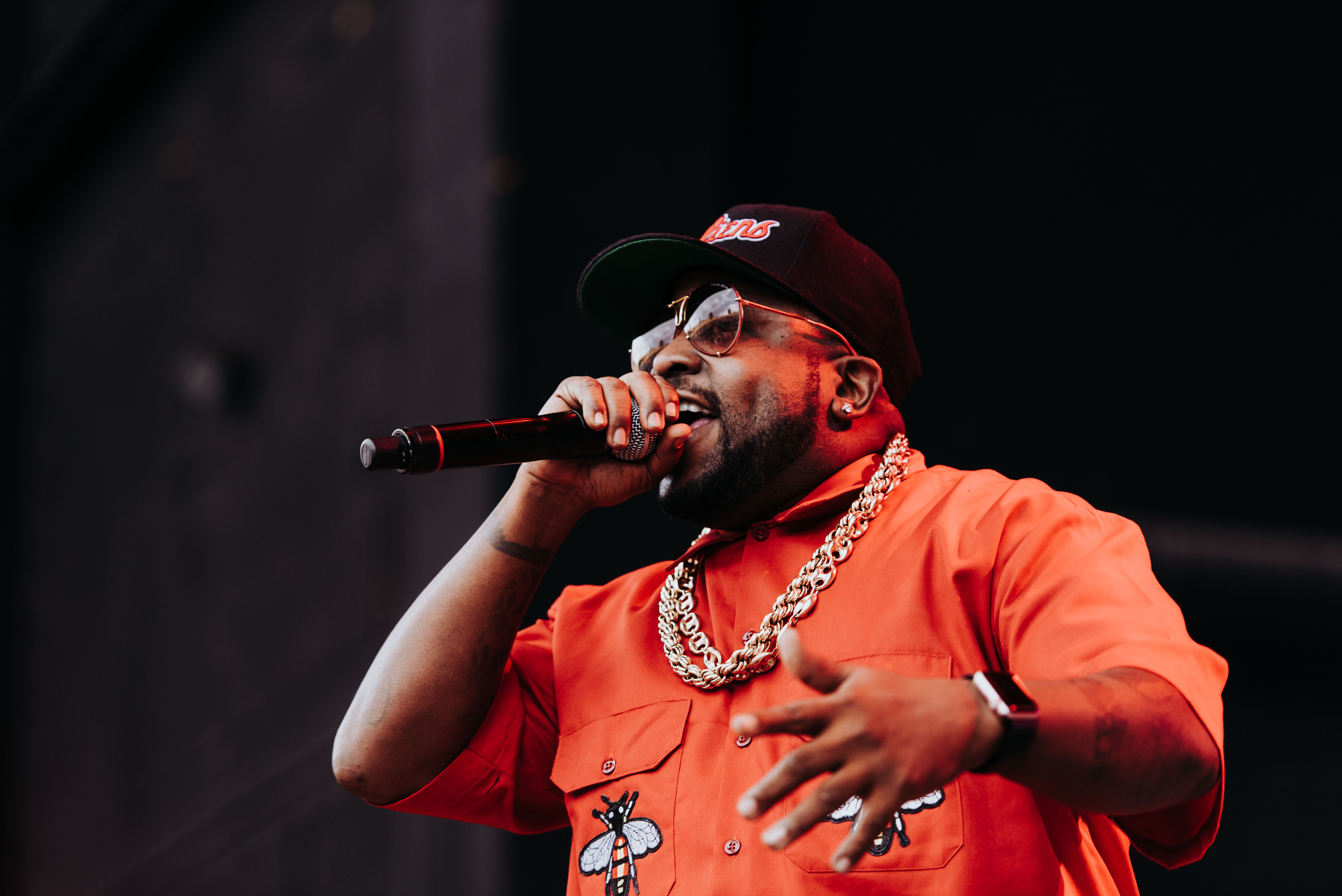 Next came Big Boi. The Outkast rapper was joined by Dungeon Family member Sleepy Brown, whose crooning can be found on many of the Atlanta duo’s biggest hits including “The Way You Move.” Big Boi’s set was half Outkast classics and half tracks from his 2017 release Boomiverse. Timeless hits like “Bombs Over Baghdad” and and “The Whole World” elicited singalongs from an audience, many of whom may or may not have been born when the tracks were released. Watching these tracks still inspire such a satisfying reaction proves the real timelessness of the Atlanta-based rapper, whose takeover of hip-hop in the late ’90s would be integral to the success of his southern posterity. 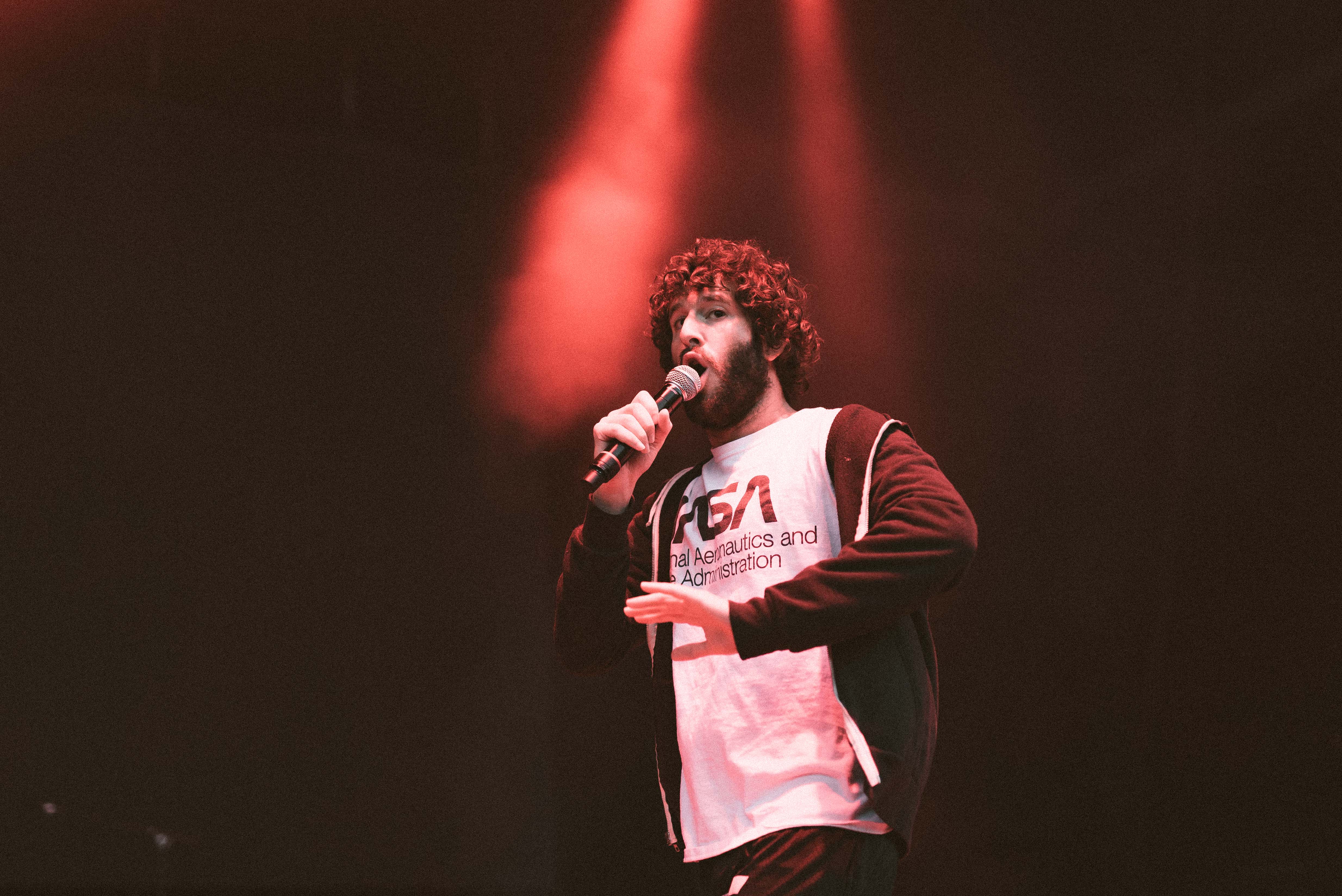 As the sun began to sink behind the mountains comedy rapper Lil Dicky hit the stage. His vaguely nerdy persona and legitimate mic skills made him a surprisingly formidable force. Dicky dressed casually, rocking a tee shirt and gym shorts with TOUR written across the front in block letters. He played his now double-platinum duet with Chris Brown “Freaky Friday” to much acclaim. The highlight of the set was his last tune. After inviting a woman to the stage with the caveat that she “be interested in a lap dance,” Dicky broke into his career-defining hit “Lemme Freak,” stripping down to his red and blue polka dot boxers and grinding on the seated lady. Ever the gentleman, Dicky handed her flowers as he exited the stage.

Young Atlanta-upstarts Rae Sremmurd were next, hitting the stage for what may have been the best set of the night. The two brothers brought extraordinary energy, running around the stage shirtless, leaping off tables and representing their true rock star status. After opening with their famed classic “No Type” the two went through an hour of increasingly hype music, causing the audience to leap, cheer and dance more ferociously than anything had yet. 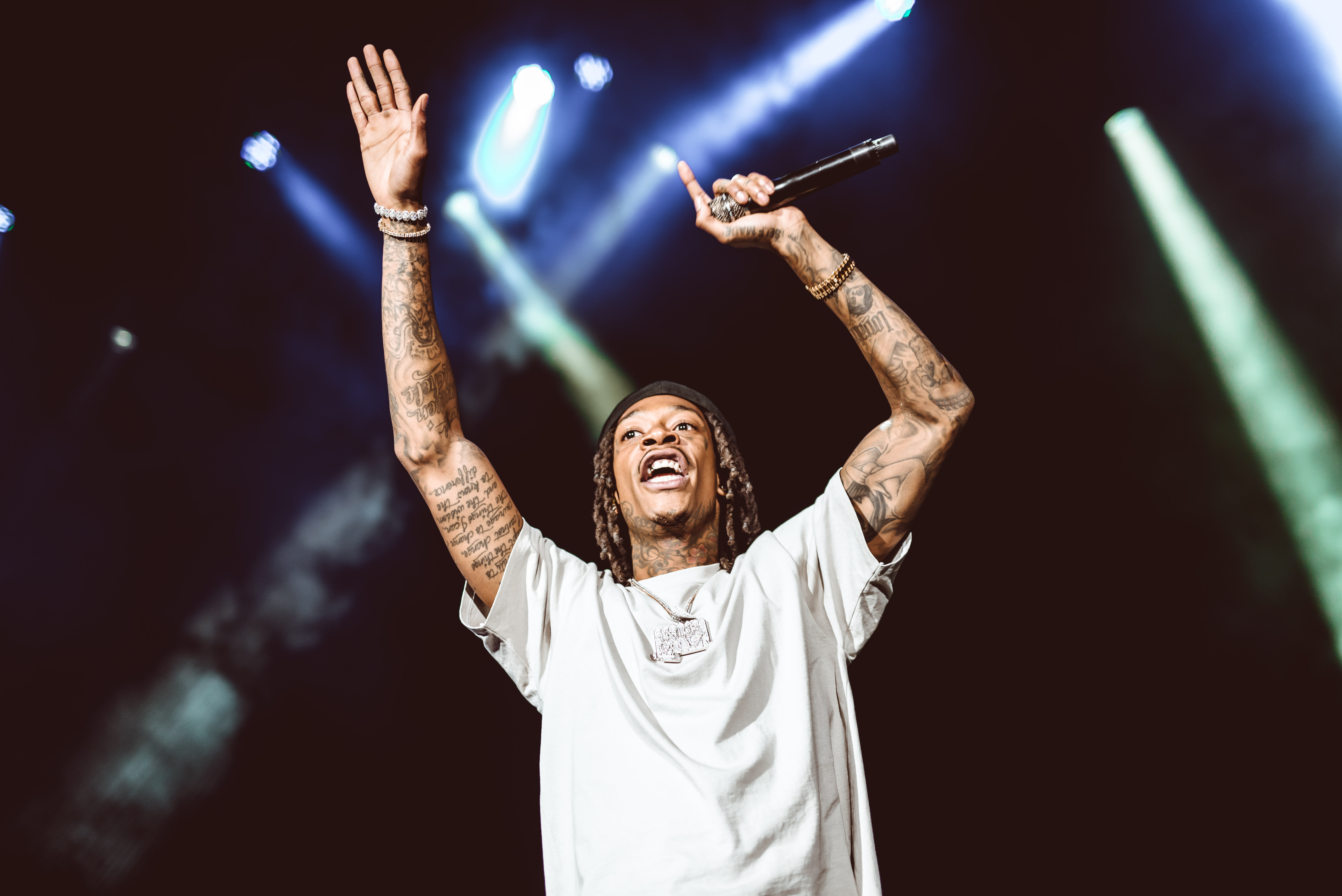 Wiz Khalifa closed the night out with his now-perfected brand of stadium-friendly stoner rap. While his music was not as exhilarating as Rae Sremmurd’s, the calmer but more intricate music was a great way to close the show. Khalifa took the audience in for a safe landing after the brothers from Atlanta elevated the scene. The Pittsburg native de-escalated things as the audience lit up, literally. This is not to say that his music wasn’t grandiose, hits like “Work Hard, Play Hard” and “Black and Yellow” are certainly big stadium rockers, but his weed-heavy aesthetic couldn’t match Rae Sremmurd’s club-raging style. Regardless of sequencing, Summer Jam succeeded in being a showcase for acts that all approach hip-hop from a creative angle, celebrating individuality and skill.