Red Rocks does not need much to dress it up and make it a fun excursion. Plenty of patrons visit its astonishing views and aesthetic with no other attraction than to walk around and take in the beauty. Add in a night of world-class music, and hey, it’s a party. Occasionally, however, the stars align to create a lineup so spectacular it is almost hard to believe. This was true of the concert last night, with Nas, Black Star, Brother Ali, Royce da 5’9” and The ReMINDers. The evening was set to include Pusha T, though the artist pulled out at the last minute. Red Rocks is not the only date he has cancelled and the rapper has yet to address the reason for cancelling several performances in his DAYTONA tour.

Things kicked off with the famed Colorado-based-husband-and-wife duo the ReMINDers, followed by Royce da 5’9” spitting rhymes to the barely-filled in the venue. Even for a not sold-out show, the 70 rows took a while to fill in their blank spaces, which made it easy to nab a hot spot if one arrived early. 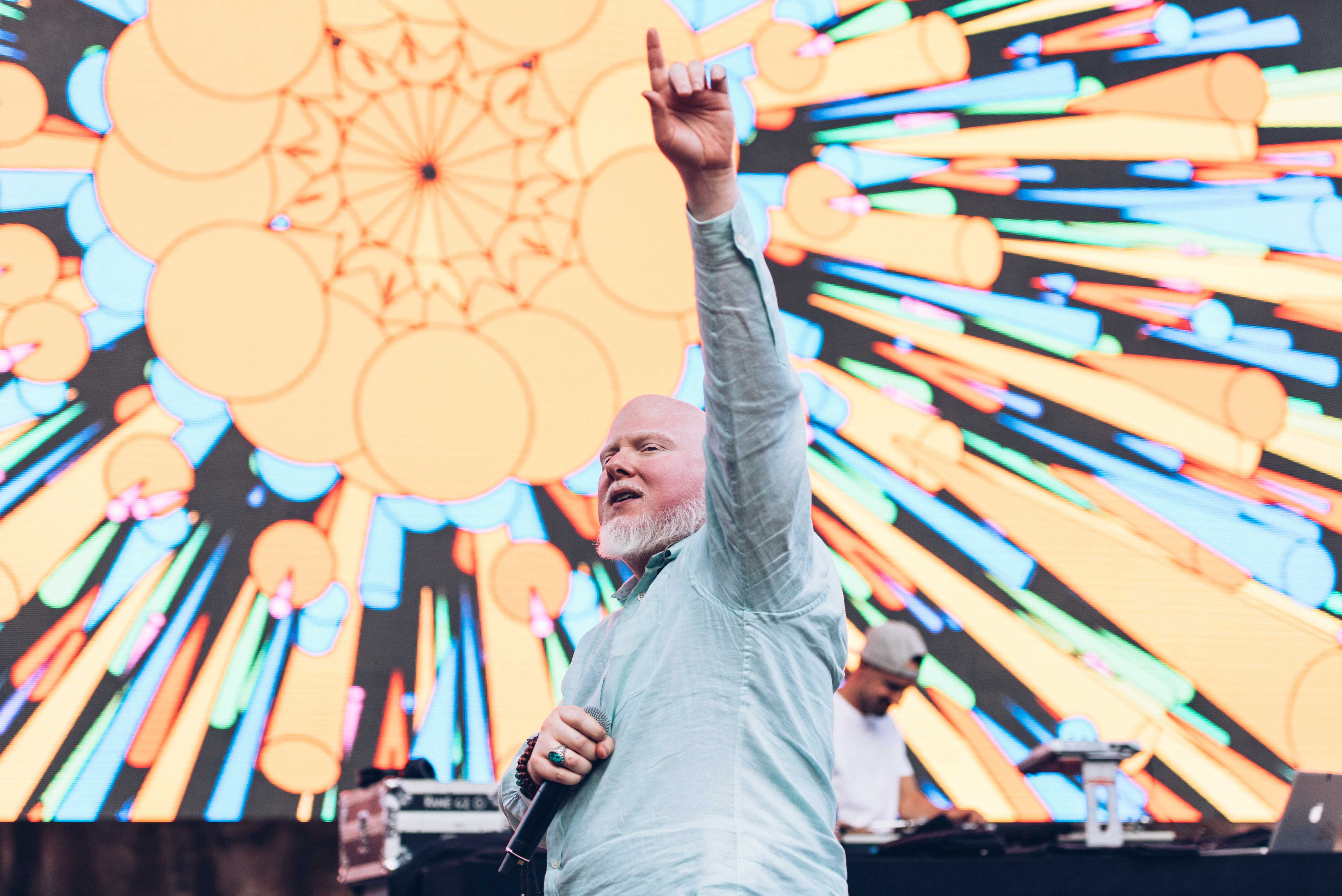 Brother Ali stepped onto the stage for his slot looking svelte and dapper in a button-down shirt. The Minnesotan flawlessly rapped “Fresh Air” and “Truth is Here” as dancers in traditional Muslim garments rocked moves around him. Ali is very open about his conversion to Islam at a very young age and his words reference his religion profusely. He also seemingly censored his raps from the original curse-words they contained. Also common in the lines of his songs is his reference to the struggle of growing up looking different from his peers — Ali is Albino — and he is a strong advocate of staying true to oneself despite the challenges it may present. Ali brought his teachings around to the third theme of his music, with “Uncle Sam Goddamn,”  in which he rearranged a specific verse to call out Donald Trump for his reference to “shithole” countries in Africa. When his dancers retired for the evening, the musician mentioned, “they’re not dancing for me, I’m rapping for them,” and then rocked the crowd favorite, “Forest Whitaker.” 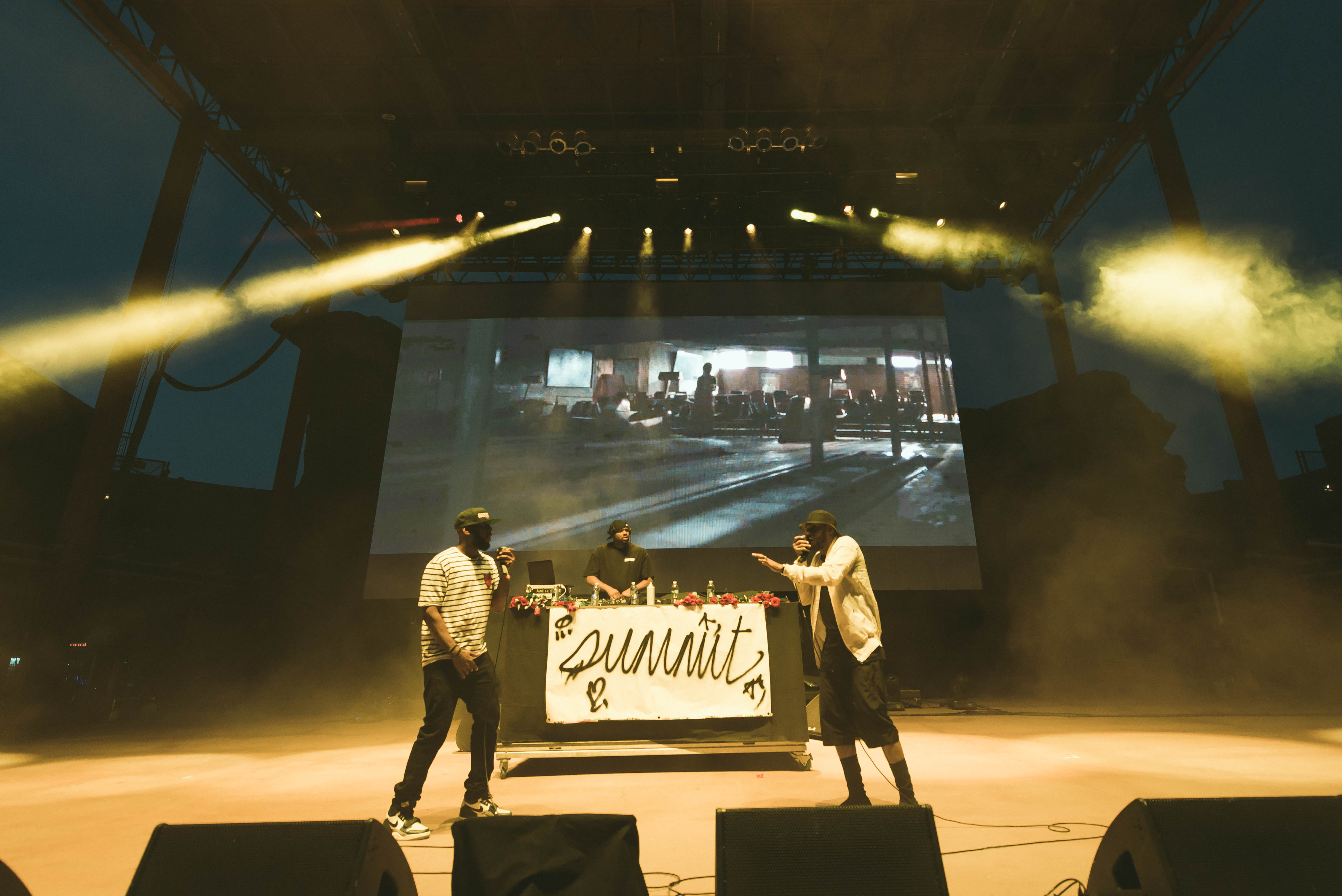 Skipping the missing act of Pusha T, up next was Black Star. The Legendary duo of Yasiin Bey (Mos Def) and Talib Kewli dropped the hip-hop classic Mos Def and Talib Kewli Are Black Star in September of 1998, and the genre has never been the same. The two rappers mobbed onto the scene rowdy and ready to blow the audience away with their beloved tracks like “History,” “Definition” and “Brown Skin Lady.” Bey spray painted the word “summit” behind them on a banner on the DJ booth and spun and danced around the stage with an essence that implied he had been itching to return to the spotlight. They rocked in and out of each other’s solo tracks as well, but none brought the crowd to their feet like the songs from their joint decades-old album. This year, the duo announced a new studio album was in the works to be produced by Madlib, but no set date has been confirmed for release. 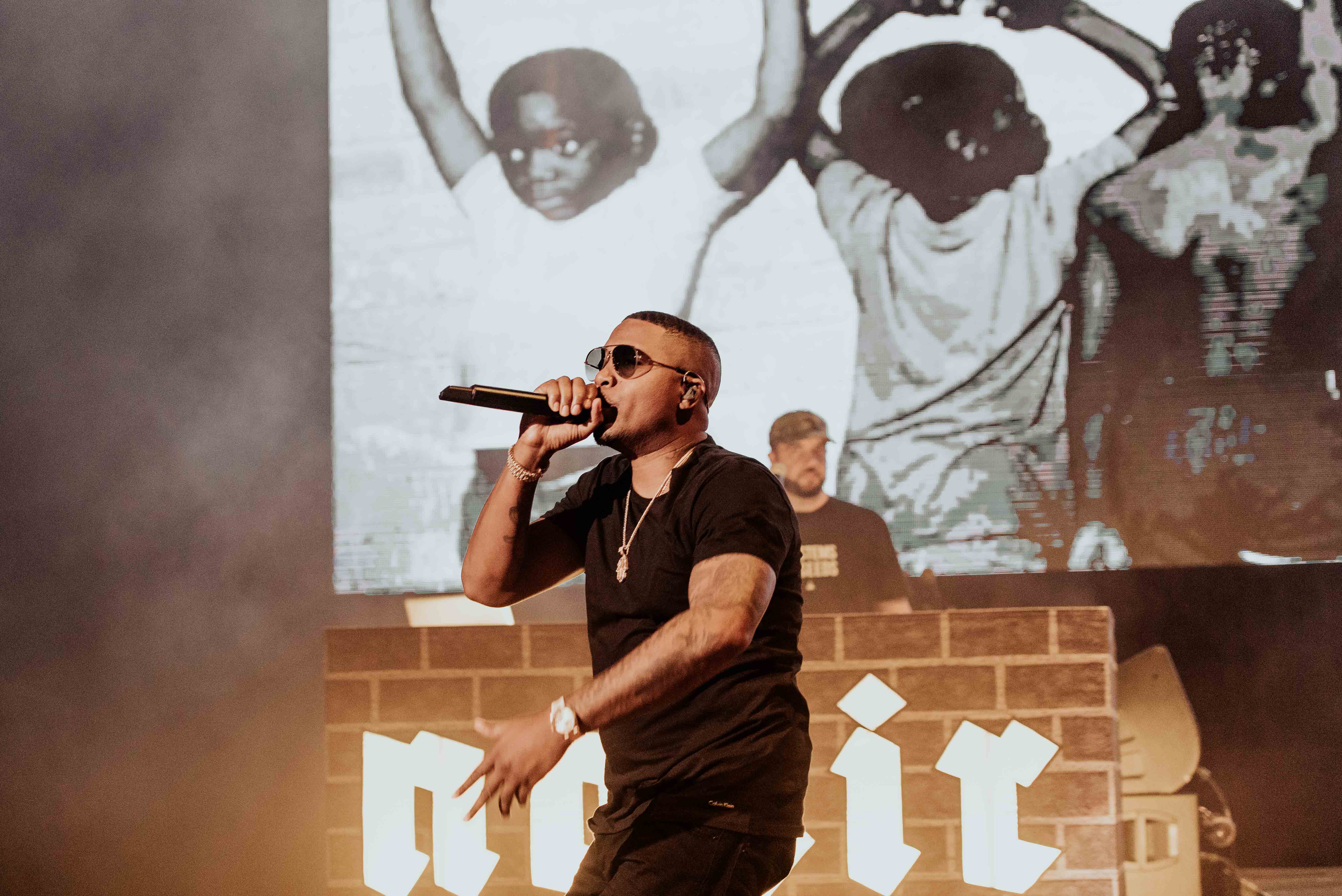 Finally, it was time for the fifth show of the night, Nas. 2018 is sure to be a highlight for Nas, as his album, Nasir, (executively produced by Kanye West) just came out in mid-June and was greeted with generally positive reviews. The iconic rapper stunted on stage in all black and sunglasses with the energy of a newly discovered musician. There is no doubt that after he hit the stage the entire venue tightened in its space as the fans anchored to their places in the audience. The light show took a steep upward turn and a drummer joined the legend for his performance, adding a delicious prospect that only a live beat can.

“This is one of the best venues in the world, I love Red Rocks.” — Nas

Nas took no time in busting into an explosive, fast-paced, back-to-back opera of most of his most cherished classics from the last 27 years of his superstardom. Images of New York flashed on the large screen as both “New York State of Mind” and “Life’s a Bitch” brought us all back to the favorite off 1994’s Illmatic. Nas was joined by a vocally gifted friend who belted the hooks to “Street Dreams” and It was Written’s “If I Ruled the World.” Verse after verse the rapper continued intensely through his discography, jamming each crowd member’s favorite tracks, surely provided them with moments set to last a lifetime. He fluttered in and out of all his 12 studio albums, leaving no hits behind while also wildly showcasing his newest work. The vigor with which the star danced back and forth across the stage uplifted everyone inside the monoliths, encouraging full body grooves to the music, leaving all near-exhausted by the end of the set.

After a night like this, it is safe to say the rap fans in Denver will be feeling grateful for some time. Even with one act missing, this lineup left us all a little more satisfied for the time being.