Homecomings can be bittersweet things, especially for someone like Nathaniel Rateliff. Facing a return to a growing city that becomes more transient by the day, you’d wonder if it has ever crossed his mind, that the city that made him would no longer be the city he’d return to. Conversely, for the audience that has embraced him through his ascent — would the Nathaniel Rateliff they believed in remain the musician they fell in love with? For most people, headlining a venue the magnitude of Red Rocks is a daunting challenge, but for Rateliff it was a chance to kick back and enjoy the journey that got him there. Returning to Denver on the back of their new album, Tearing at the Seams, Nathaniel Rateliff & The Night Sweats’ performance at Red Rocks wasn’t a homecoming— it was a family reunion. 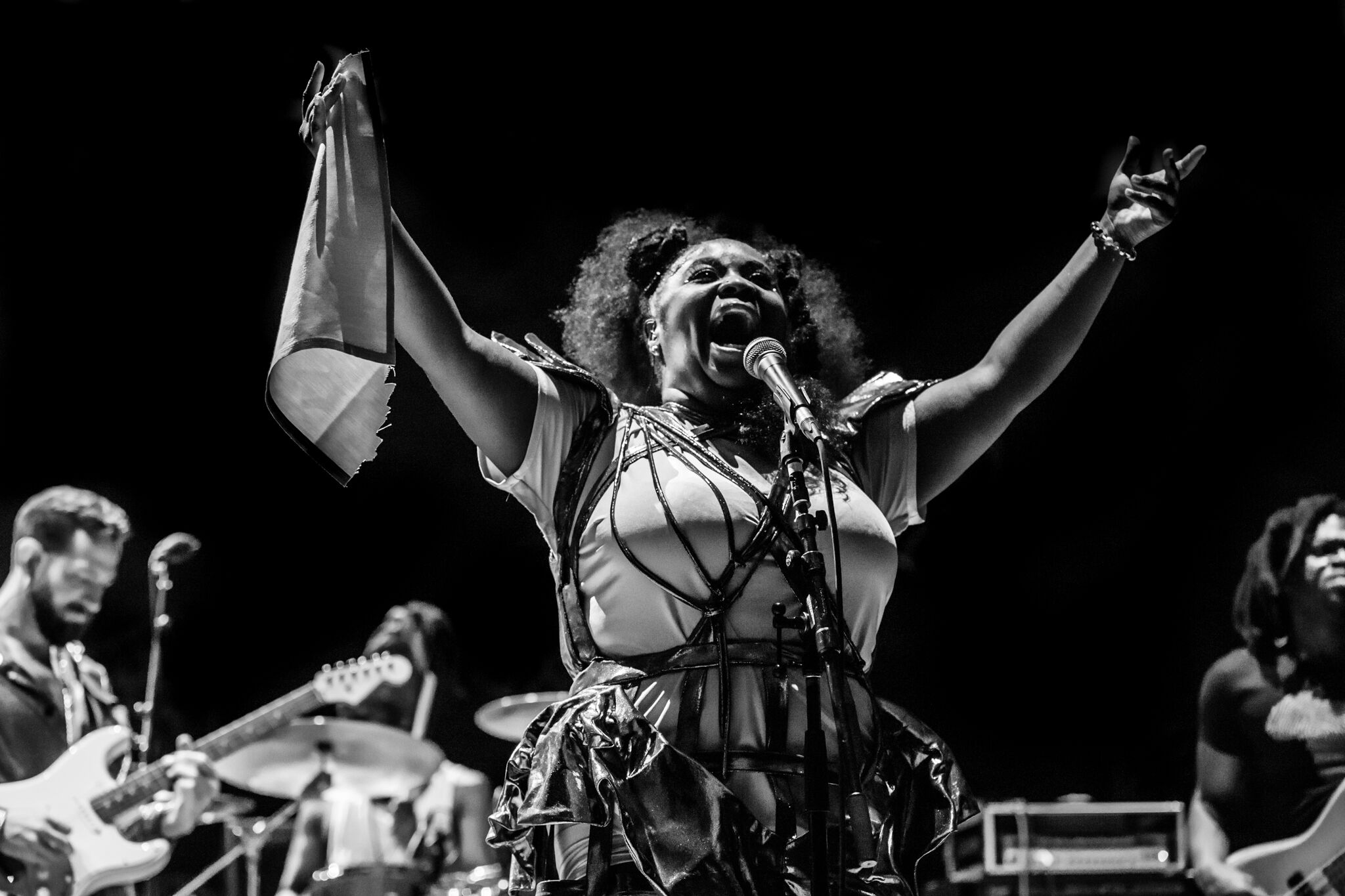 Venturing a long way from their home, New Orleans-based genre-bending Tank and the Bangas opened the performance. Crash landing to the stage in theatrical fashion, clad in metallic jackets, Tank and the Bangas took Red Rocks to another world. Beginning their set with a solo guitar rendition of “The Star-Spangled Banner,” Tank and the Bangas got the crowd to their feet, amidst the streaking runs along the fretboard. Across a frantic set, the nearly all black band was a dizzying display of versatility — covering left-field song choices and improvising within the constraints of their own songs. From covering Kendrick Lamar’s “untitled 07 | 2014-2016” to interpolating Tame Impala’s “New Person, Old Mistakes” and Ozzy Osborne’s “Crazy Train,” Tank and the Bangas kept Red Rocks grooving and guessing.  Concluding their set with an insane pivot from their track “The Brady’s” into Nirvana’s “Smells like Teen Spirit,” Tank and the Bangas left Red Rocks in a swelter, ready to take on Nathaniel Rateliff & The Night Sweats. 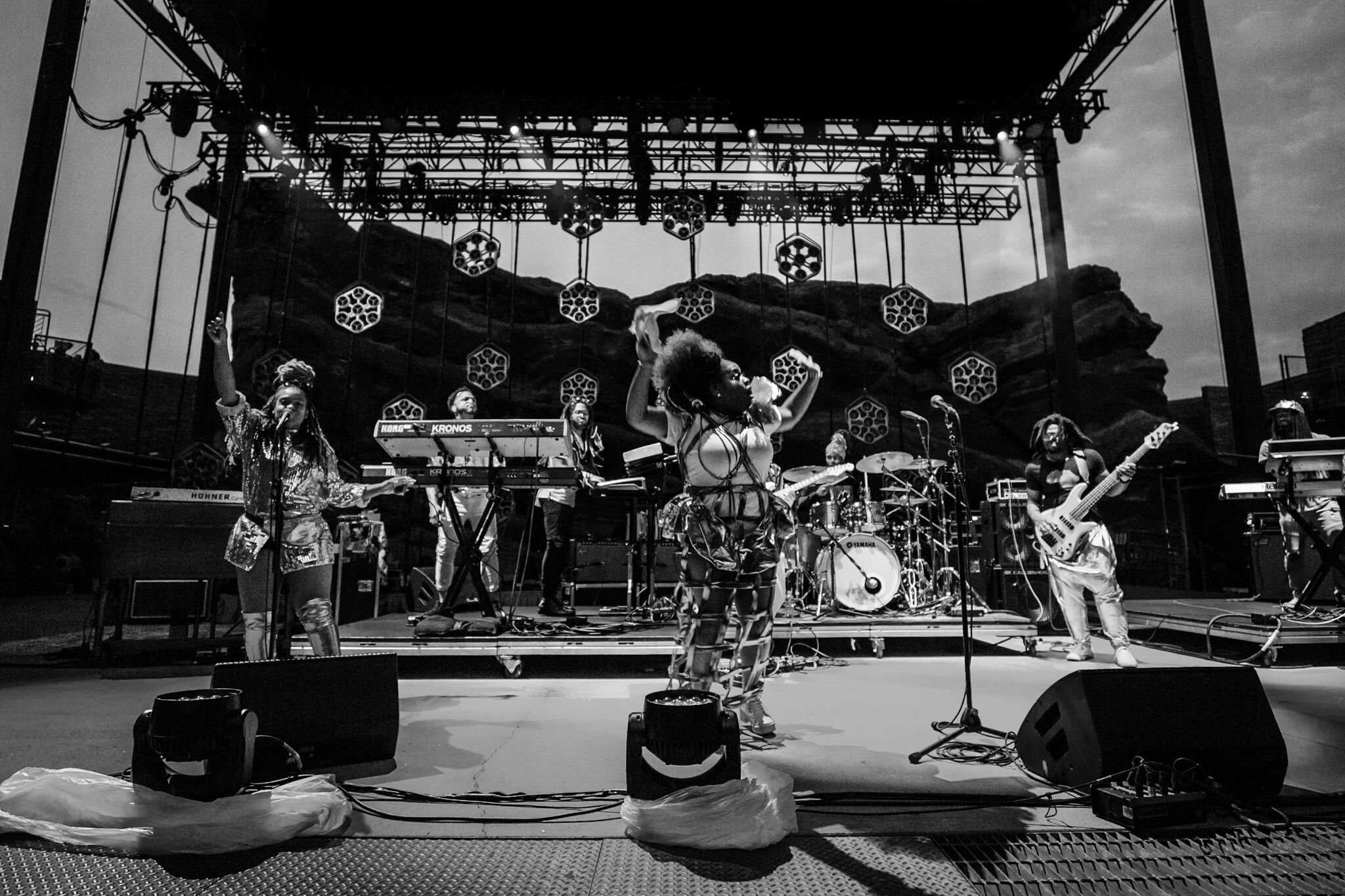 Tank and the Bangas

With lighting that resembled a honeycomb at their back, the Night Sweats took to the stage waving amid the cheers from the eager Denver audience. The sold-out show was packed to the gills, with many people pouring out onto the planters lining the venue. When Rateliff trailed the band, stutter-stepping to the stage, the crowd went wild, hooting and hollering for the man of the hour. From the get-go, Rateliff was in the comfort of home, beaming up at the audience and taking in the air of the mountains and the adoration of the fans. Though under the weather, Rateliff acknowledged that the two back-to-back performances, were his “most important shows of the year,” and he was determined to make the most of it. 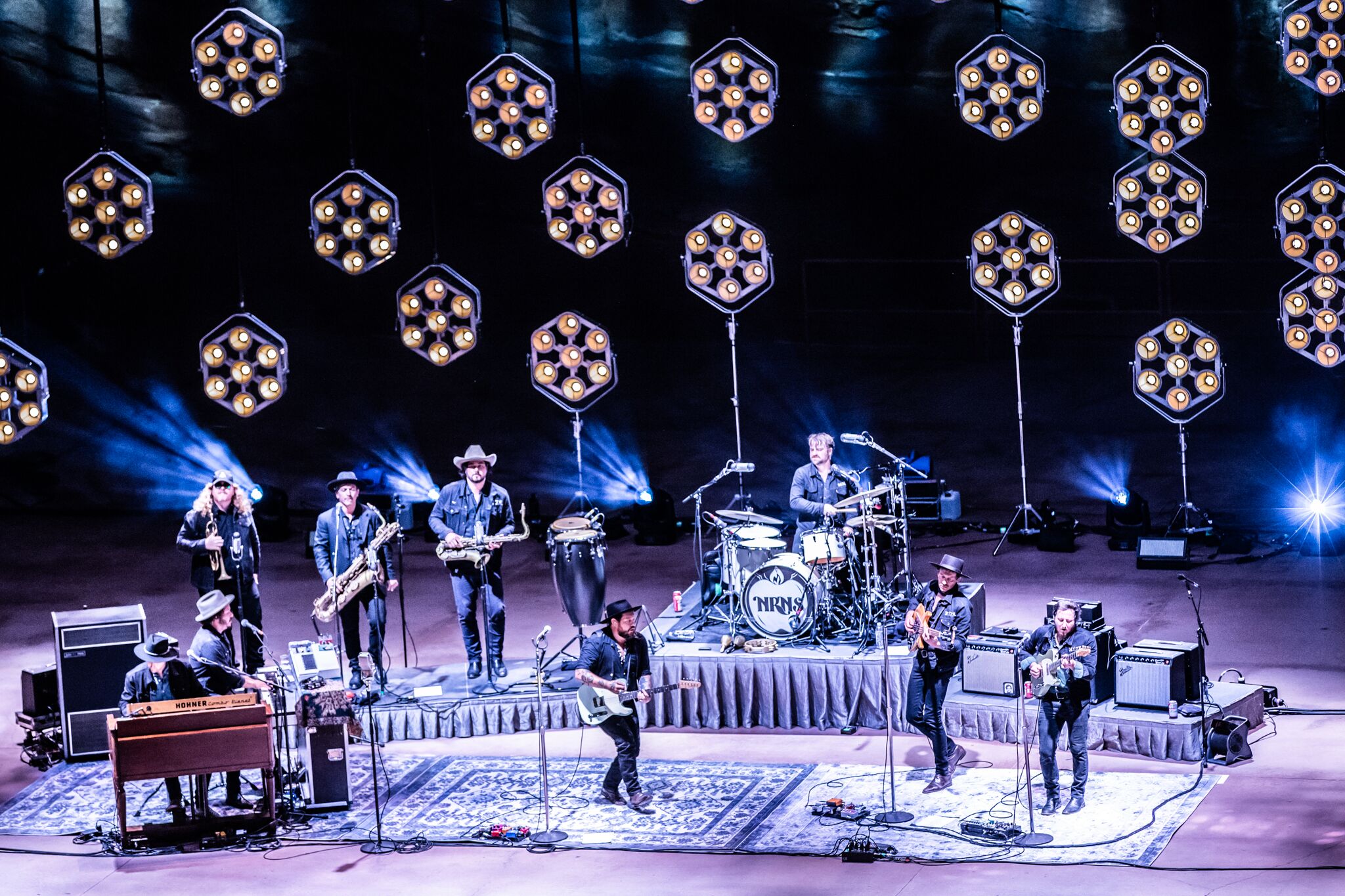 Opening their set with “Shoe Boot,” Rateliff had the audience twirling around his distinct Western drawl. Though he’s come a long way from the small venues of South Broadway, his presence hasn’t changed a bit. He’d come home to Colorado from another year on the road with new tricks up his sleeves but the same old Nathaniel at heart — a notion that brought many in the audience back to times before the fame. Soulful new songs “Be There” and “A Little Honey” had the audience dancing along the tiered steps as if it were their living room, while lead single “You Worry Me” felt like a punch to the gut with its emotional rapport. Throughout, Rateliff drove his tunes with his good intentions and honest inflections, as these were songs from the heart — none more arresting than his breakout hit “S.O.B.” 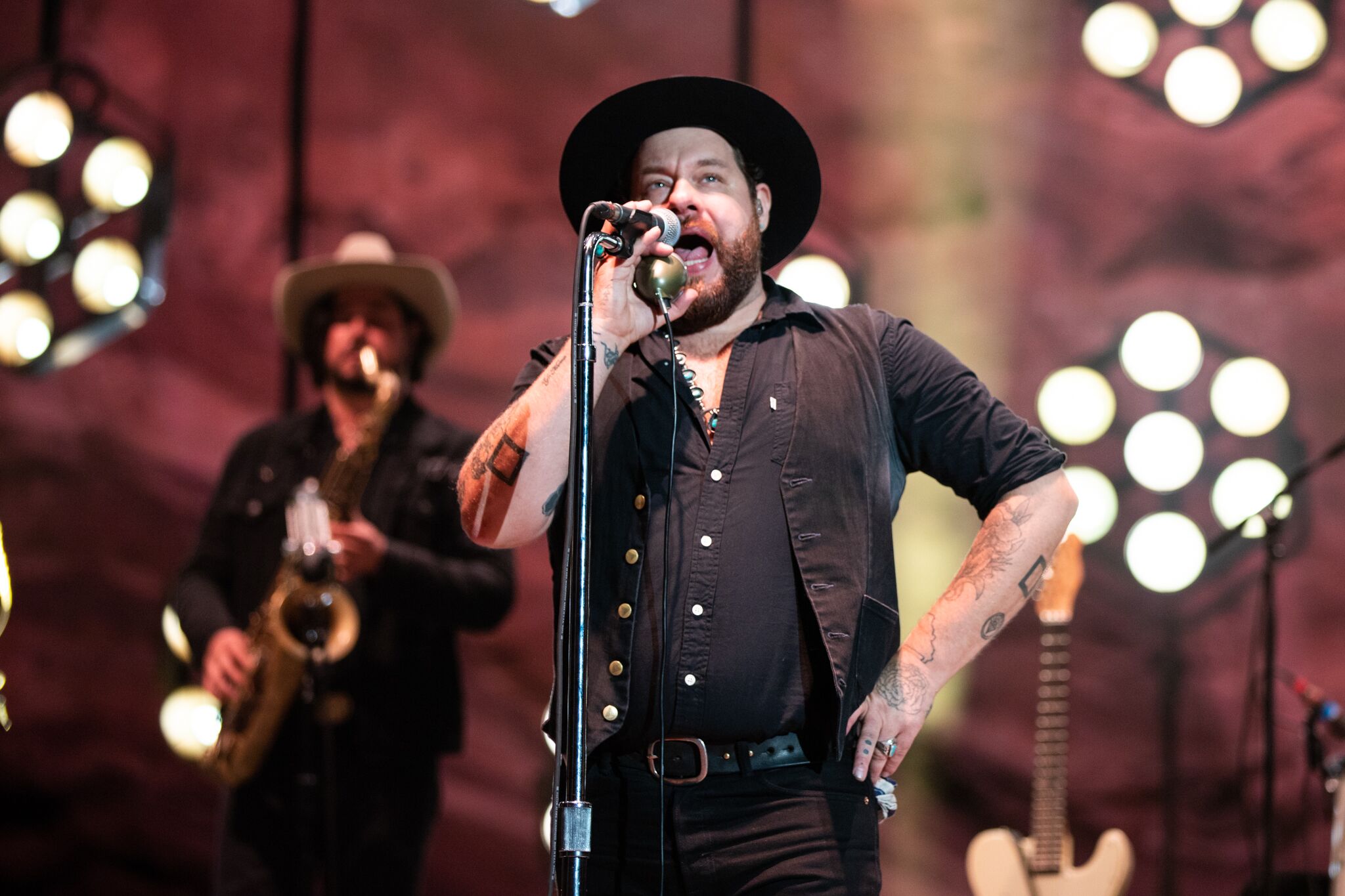 Many artists come through Red Rocks, ensuring their most well-known song reaches new heights at the amphitheater, but never have I heard an audience so loud and enthusiastic than during “S.O.B.” Noise ordinances be damned, when Rateliff launched into the famous number, you could surely hear it clear across to the parking lots down to the road below. Every single word came crystal clear, cascading down the monoliths — a baptism of sound. Much like opening the door and coming home to see the ones you love most, the sounds are secondary to the feeling of home just as you left it.