Leven is Elevating The Traditional Deli In The Golden Triangle

Delicatessens are nothing new in the American culinary scene. Since the mid-19th century, these casual community spots have been hubs for those looking for a quick bite at a great price. Anthony Lygizos and Luke Hendricks, two Denver restaurant professionals, teamed up to bring their spin on a deli concept into the modern era. By marrying the bold flavors of cured meats, pickled vegetables and homemade dips with a casual and approachable environment, the two created Leven, which just opened in the Golden Triangle. 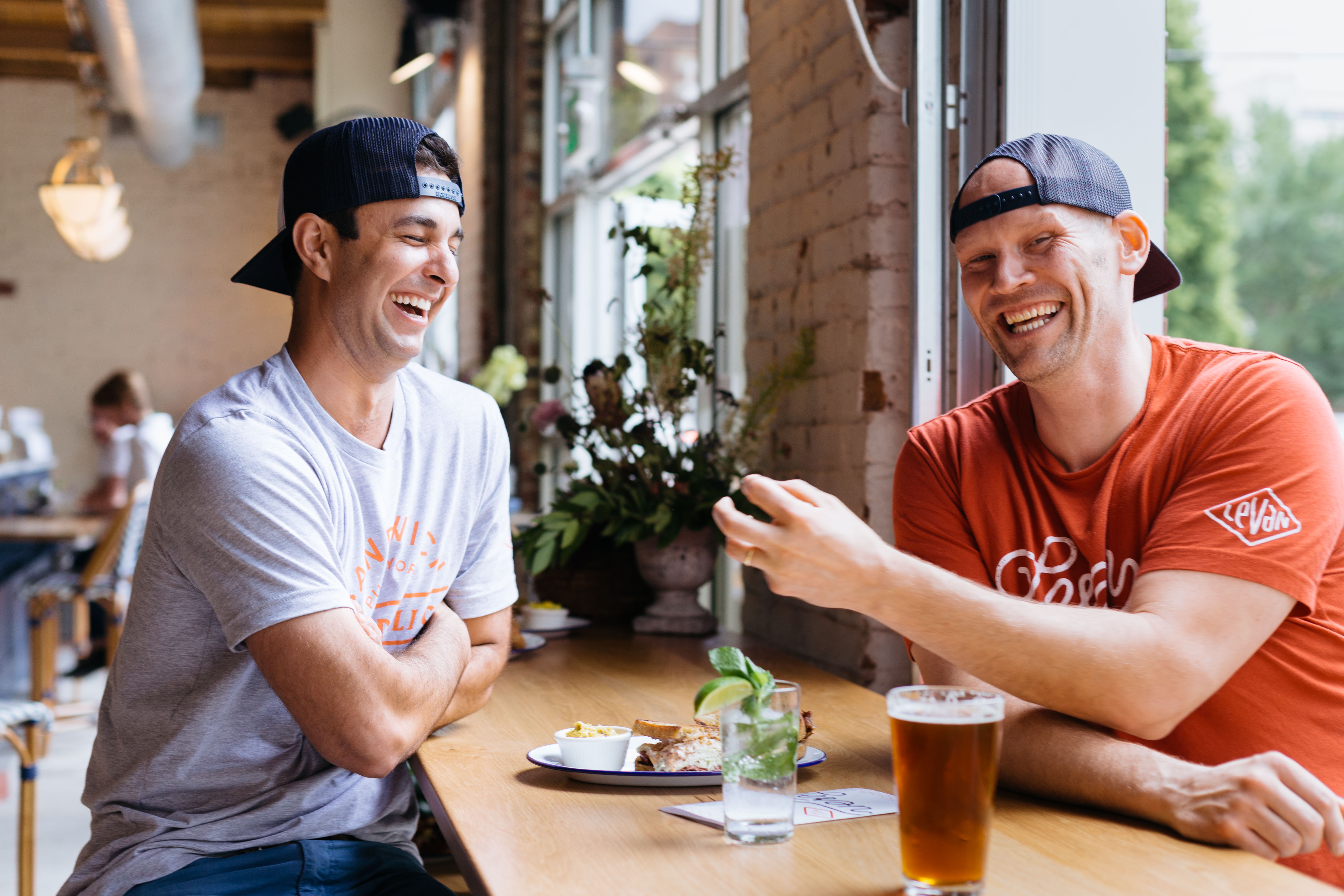 “The word deli that we know today comes from delicacy, which turned into delicatessen — a European market where they served specialty foods,” explained Lygizos, co-owner of the new spot. “When delicatessens opened in America they were immigrant-run and family run and they quickly became known for welcoming everyone… They were fun meeting places and they were delicious — that’s our aim for Leven.”

Hendricks has been in the kitchen for more than 18 years, and he’s cooked in restaurants across the country from Denver to San Francisco. When Lygizos approached Hendricks (who worked at Potager with Lygizos as former chef de cuisine) to discuss consulting and menu ideas, that conversation soon transformed into the process of venturing out to open a place of their own. Though Hendricks is no longer cooking at Potager, he’s using some of his connections to source the meats and produce for Leven’s menu. From dry-cured pastrami to house-cured olives and scratch made mustard, Leven is serving classic deli food with a few elevated twists.

“Leven means to rise,” explained Hendricks. “And that’s what we want to do with this deli. We want to bring it into modern times by making things different, brighter flavors and with fewer preservatives. We’re doing really great food in a space where you can actually hang out and that’s also why we intentionally put USBs and plugins on every place — so that people can do their work here and have a bite and a glass of wine.”

Many restaurants in the city have complicated menus with multiple pages of options, but Hendricks and Lygizos wanted to create a menu that was not only balanced but concise. There are nine simple sandwiches ($12.50 – $15) three salads ($6-$10) a relish tray ($12) and a dip, spread and smear platter ($12) made with various sauces, vegetables, cheeses and crackers. And while savory seems to be king at Leven, these two aren’t skimping on the sweets. From home-made massive cookies ($3) to brownies ($5) rice pudding ($5) and chocolate cinnamon babka ($5) — you can get a fix for both your savory side and your sweet tooth here.

“My wife had the ambition of being the mom with the best cookies recipe,” laughed Hendricks. “She came up with this recipe and makes these cookies, they’re a huge hit, so she got her wish.”

Finding sandwiches, salads and even some sweet options is a fairly common sight for most delis. It is unusual, however, to find a deli with an awesome libations program. And while we can all appreciate a cold Pepsi, it is nice to sip on a mojito or glass of red with our pastrami. Lygizos and Hendricks get this. And that is why they built an approachable beverage program into Leven. From Mojitos made with fresh lime juice and mint ($7) to sparkling white wine ($7) local draft beer ($5) and a house red ($7)  — the community can enjoy a tasty dish, in a deli environment with an adult drink in hand.

From the mouth-watering bites to the drinks, these two have cut no corners in making sure that Leven both delivers quality and comfort, and the physical space reflects that ambition. With high ceilings, an open floor plan, plenty of seats and a soon to be patio — diners will find an ample amount of room to stretch out with friends for a casual dinner out or plug into one of their various charging stations for some solo work. And they’ve even created a window for guests to bike up and order breakfast from 7 to 10 a.m. weekdays.

Leven located at  123 W 12th Ave, Denver and is open 7 a.m. to 7 p.m. Monday through Saturday. Visit them here for more information.

All photography by Brittni Bell Photo.