The Art of Competitive Bartending with OAK’s Scott Ruggiero

Scott Ruggiero — lead bartender at Boulder fine-dining establishment OAK at Fourteenth — has spent the last couple years honing his craft. The East Coast native moved to Boulder 10 years ago to attend the University of Colorado Boulder where he studied architecture. While he has always had an interest in restaurants and hospitality — his uncle owned a restaurant in Steamboat and his dad has forever taken cooking seriously —  it was only after beginning his tenure at OAK that his interest in cocktails really began to take off. Since then he has devoted enormous time and energy to mastering the classics, developing new drinks for the restaurant’s menu and ultimately taking his creativity to new heights in the realm of competitive bartending.

Often when people hear competitive bartending the first thing that comes to mind is the sport end of the craft — the Coyote Ugly nonsense where bartenders spin bottles, juggle various liquors, incorporate pyrotechnics and do pours from greater and greater distances. While this kind of pageantry surely has its time and place, the competitions Ruggiero has set his sights on are nothing of the sort. While the presentation is certainly a key factor, these events are designed to push bartenders to develop interesting, highly personal drinks to be judged both by a panel of experts and sometimes a popular assessment. Gatherings of this kind are becoming more and more commonplace in Denver — in part stemming from the liquor community’s recognition of the city as an important destination after Williams & Graham was named the best bar in America at the 2015 Spirited Awards.

Contenders enter the competitions with an original cocktail idea and are judged on appearance, taste, originality, technique, style and story. As craft cocktails become more and more in vogue, the ability to create something truly innovative has gotten increasingly more difficult. It is here that the story aspect comes in to play the most — bartenders are asked to give a short presentation detailing their inspiration and explaining why the cocktail matters past its ability to intoxicate in a fashionable way. At last year’s Bombay Sapphire regional competition is San Francisco Ruggiero presented the SEA or South East Asia — a concoction inspired by a four and a half month journey he had taken to Thailand, Vietnam, Cambodia, Indonesia and Myanmar.

The drink used an ingredient from each of the countries. Blending gin, tamarind-almond syrup, adjusted orange juice — in which citric acid is added to produce a more lemon-like punch — and coconut-ginger and garnishing with basil, mint and an absinthe spritz, Ruggiero served the drink in teacups atop a basket of “edible sand” — a homemade blend of dehydrated coconut, ginger, citric acid and sugar. Highly ornate presentations are central to the competitions where drinks can range from sophisticated and traditional-leaning to highly outlandish. For this year’s Tequila Herradura competition in Denver, Ruggiero intends to make a grilled cheese and tomato soup margarita.

Since taking an interest in the odd world of competitive bartending Ruggiero has been involved with three local and two national events. After only four months on the job, he won the local Movers and Shakers competition where he paired his original cocktail with OAK’s food. Since then he has taken second place at the Bitter Truth event at Finn’s Manor, won Herradura’s regional competition in Denver, was flown down to the brand’s hacienda in Mexico for the finals, won the local Bombay Sapphire competition in Denver and was one of 10 of the 1,500 applicants to be welcomed to Bombay’s regional competition in San Francisco. Not bad for a few short years in the game.

Ruggiero’s dedication stems from a variety of sources, though one, in particular, seems to be the backbone. The bartender has dreams of opening his own restaurant, an international street food destination that currently remains conceptually loose. Fueled by his already ambitious nature, the man wants to be the best for its own sake but also figures that with recognition may come investors. Some of the larger competitions also have cash prizes ranging from $10,000 – $100,000 — a not so trifling nest egg for a potential restaurateur. His imaginative cocktails are consistently inspired by food, travel and family. “I think being together at the table drew me into the industry in a way,” he said, discussing his family’s commitment to dining together each night while he grew up. 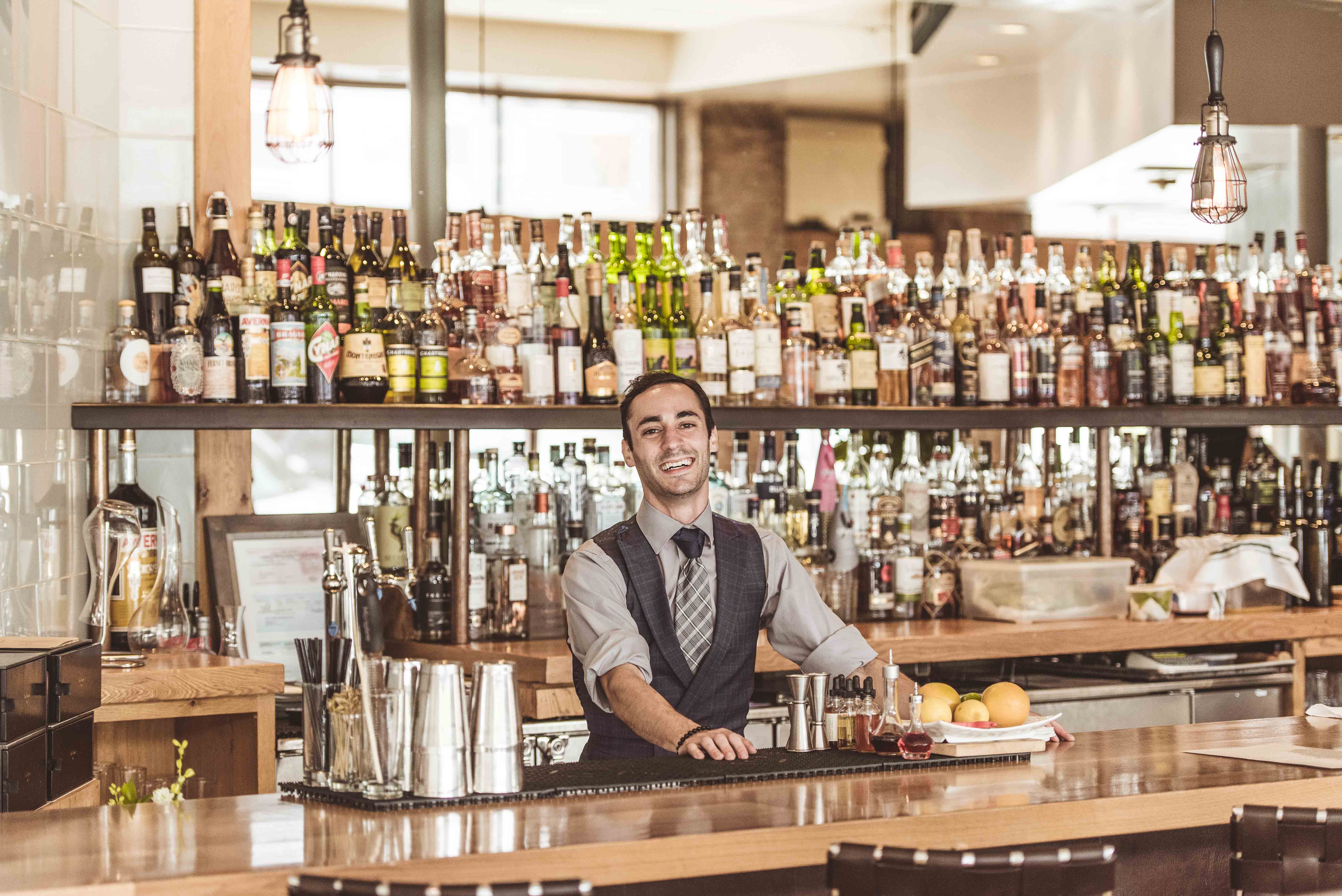 Ruggiero continues to apply to any and every competition that comes through the front range — submitting a recipe and an essay each time. In the meanwhile, many of his drinks have begun populating the beverage list at OAK. “When discussing big cocktail destinations most people think New York, Chicago, San Francisco or Miami. I want you to be thinking Boulder fuckin’ Colorado!” he said. With any luck, that may just be the case.

All photography by Alden Bonecutter unless otherwise stated.