Third Eye Blind ended their Summer Festival 2018 tour at The Hudson Gardens & Event Center in Littleton on June 22. The venue provided the perfect outdoor setting with a light and sunny day to accompany it. That didn’t last long when a sudden flood of rain came, drenching everyone and everything in the area.

Families of all kinds, some even toting small babies, were camping out before the doors opened at 5:30 p.m. By the time the opening act, The Rua, came out the entire venue was packed in almost symmetrical lines of lawn chairs propped from front to back, filling nearly the entire lawn. The sunshine matched the stage presence of The Rua, a trio band of siblings from the UK. In Hebrew, the band’s name means to flow and move with the wind and the space between Heaven and Earth. Their natural connection and comical sibling banter on stage, made performing seem effortless. Watching this innocent trio sing their Gaelic-like, pop and folk-influenced music matched their moniker well. However, with the flowing winds, they also brought an abrupt torrent of rain. 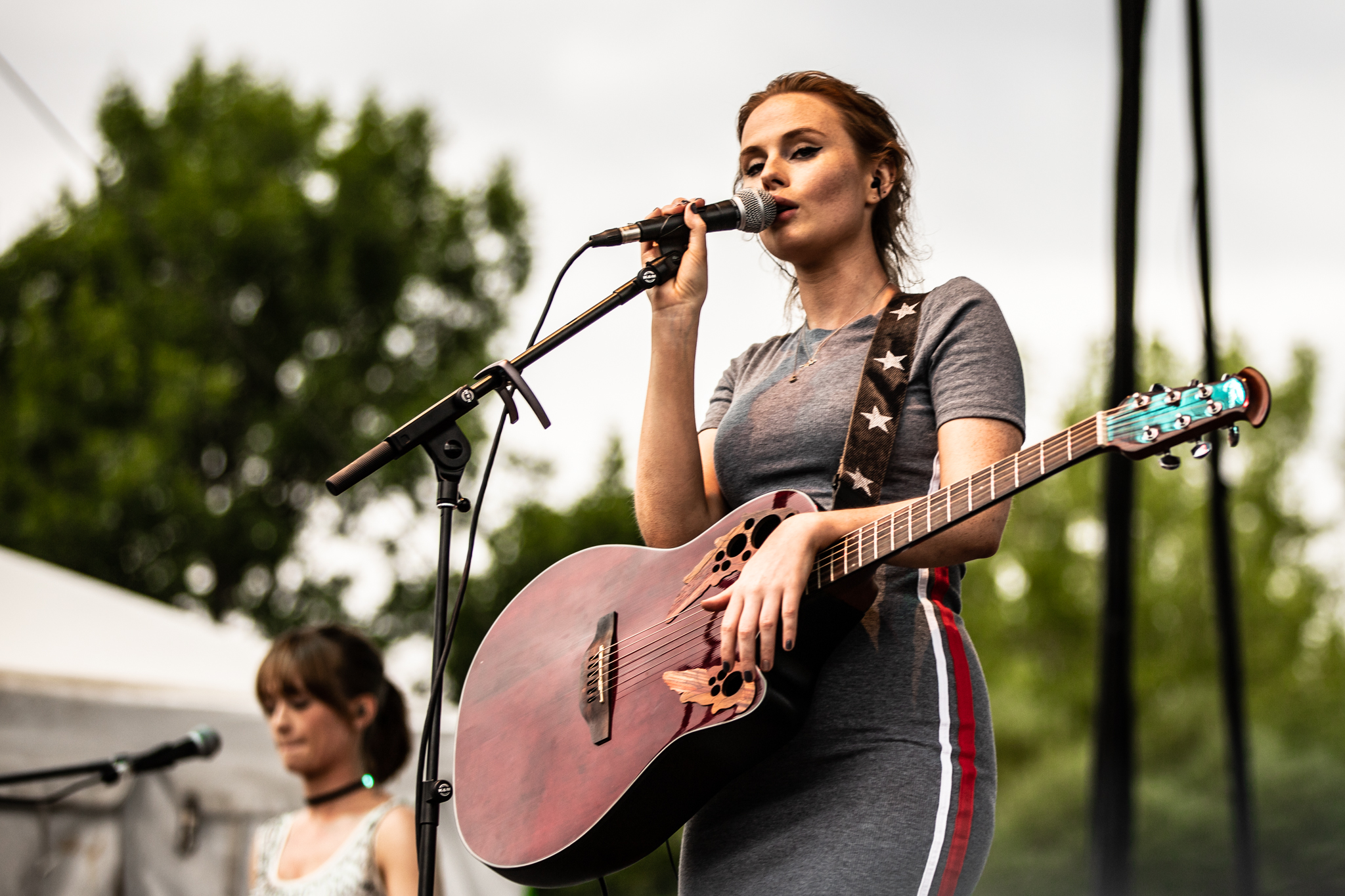 The once serene, jovial and warm atmosphere faded quickly when the heavy downpour began. As those who were prepared took shelter with their umbrellas or ponchos the remaining crowd ran for cover wherever possible. But the pouring rain didn’t stop the fans or even the parents with little ones from staying to see Third Eye Blind — the rain did, after all, add to the awesome and raw experience when going to a live show.

After what seemed like hours — nearing the end of the storm — the venue staff was using large squeegees to sweep the water off-stage. The rain had fully stopped by the time Third Eye Blind came out, providing a beautiful opening with blue lights and fog paired with fresh air. “Wounded,” from their second studio album, Blue, was the perfect song to introduce the full band. The lead singer of the alternative group, Stephan Jenkins, didn’t speak to the crowd for three or four songs. It was a nice change — just listening to the music without any interruption. This segment included one of their major hits, “Never Let You Go.”

When Jenkins finally did speak, he made the wait worthwhile exclaiming,

“I can’t believe that any of you stayed through that rain at all. Thanks for coming. Hi, we’re Third Eye Blind. We’re from San Francisco, California. This is the very last show for The Summer Festival Tour so this is kind of the last night playing tours for a while so we’re about to have a good fucking time!” 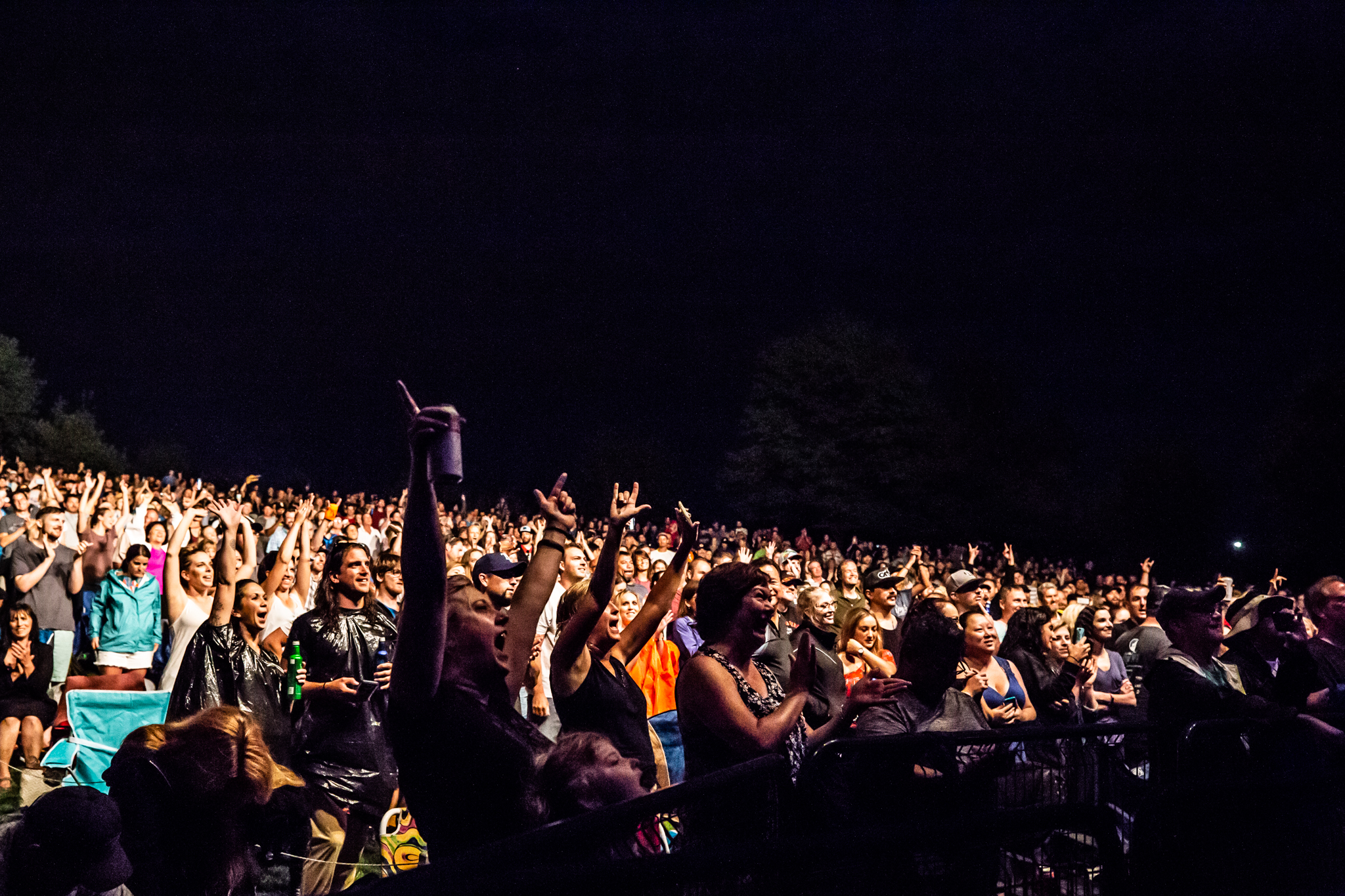 Third Eye Blind has made a plethora of music since their beginning, however, they’re still mostly known for their late ’90s hit “Jumper.” During the bridge, a classic melody of guitar riffs, Jenkins unexpectedly blurted out, “Oh, I smell that Denver weed,” causing an uproar of cheers. “You guys think you’ve caught up to California weed. You’re doing great but you have not caught up yet!” The crowd then burst out in loud “boos,” although, they were more friendly boos (if there is such thing). The crowd quickly went back to singing the popular song along with Jenkins.

Later in the set, Jenkins said,

“We never know how these things are gonna go. We don’t — because we’re not playing along to tracks. We’re not a track[ing] band. We’re not like a MacBook Pro play along [with] the computer band. We’re not a DJ band. This is [a] guitar-rock band. We make this shit up as we go!”

He then mumbled something along the lines of “please cover those beautiful, beautiful small children’s ears, we’re gonna play one more new song and it’s called “Fuck Forever!”

Later, Jenkins teased the crowd by giving them a little intel into the band’s future endeavors, “We’re gonna see about making a new record, and when that’s done, if you’d have us, we’d love to come back. Maybe we’ll do it Denver next time, we’ll see.” Jenkins then asked the roaring crowd, “In this moment, only in this moment, all of us together as one, one more time — sing with me?” The crowd then started to sing “Semi-Charmed Life.”

Right when you thought, “what other hits do they possibly have left to play?” the band ended the show with a bang singing, “How’s It Going to Be,” for their one-and-only encore. After their wild show, full of the unexpected, Jenkins came up to the stage and did a giant bow — a curtsey, really — truly ending the show as the band all joined together in front of their loyal audience. Hudson Gardens proved to be the perfect venue for this laid-back rock group despite the weather. Through rain or shine, Third Eye Blind showed Denver that no matter the conditions, they can perform and fan-pleasing show.

All photography by Heather Fairchild. Check out our full gallery here. 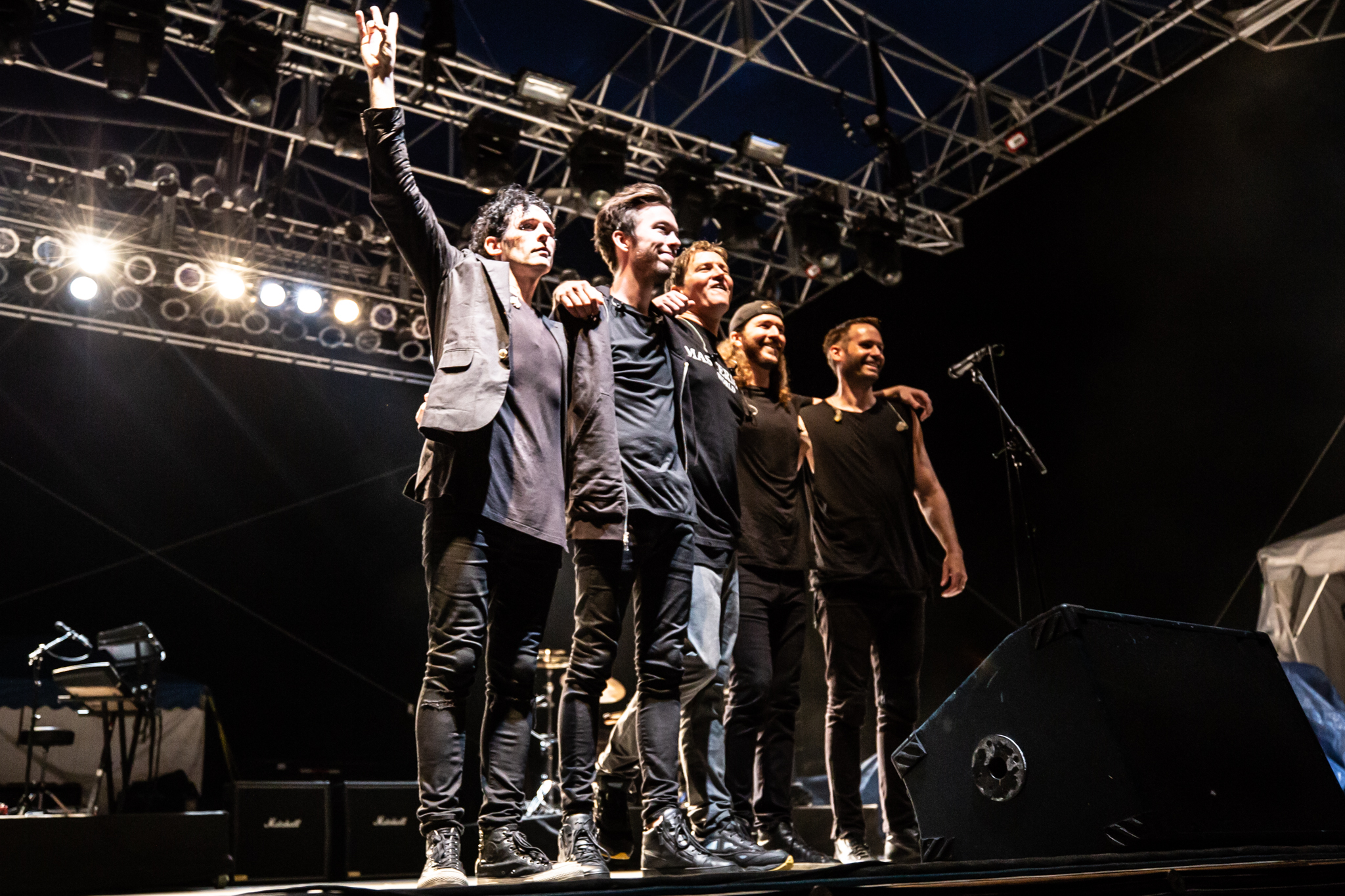