Car Seat Headrest’s Will Toledo is not the stereotypical rockstar. Clad in thick-rimmed glasses and all the trappings of a bookish indie-rock kid, Toledo makes highly personal lo-fi records reminiscent of some early Beck. While the music isn’t necessarily stylistically equivalent, both artists manage to hybridize many elements — Car Seat Headrest being an amalgamation of most of the alternative styles familiar to anyone who came of age in the mid-2000’s. The music can be somber and understated, so when he and his band hit the stage at the Gothic Theatre on Saturday night playing dense, vibrant and downright raucous rock, it showed in spades the versatility of the involved musicians. The crowd — comprised mostly of people in their early 20’s — even could be caught moshing to some of the band’s noisier selections. The group played renditions of songs from Toledo’s sprawling catalog, particularly focusing on his recently re-released opus Twin Fantasy.

Fellow Seattle residents Naked Giants opened the night and immediately set the vibe with their grungey pop compositions and funny stage presence. Their anthemic single “Sluff” — a Weezer-esque track centered around a nonsense word — was the clear crowd favorite. The trio were well-suited openers, standing tall in their own right, but never outshining the lead act. The two groups have been touring together for some time, the friendship between the young musicians clearly fueling the tour’s particular energy. 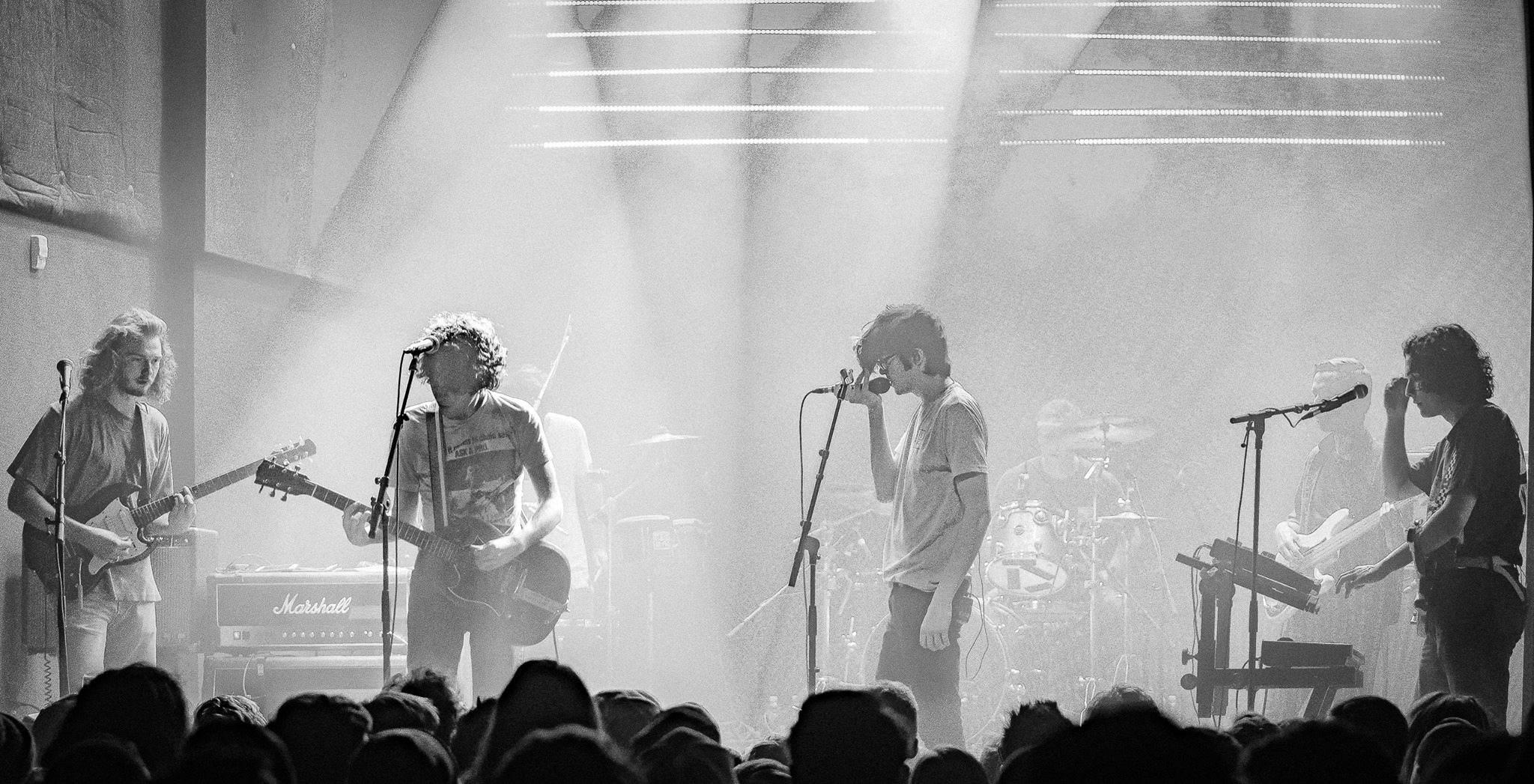 While everyone in the audience came expecting a great show, what nobody expected was Toledo’s full-blown rockstar persona. The musician commanded the stage with all the charisma of a seasoned veteran, but all the hunger of a man still positioning himself as one of the more intriguing forces in rock today. His band — featuring two guitarists, a bassist, a keyboardist and two drummers — riffed on Toledo’s productions, transforming the lo-fi compositions into full-blown jams worthy of the group’s musical forbearers. While the lyrics still had the heavy emotional weight found on the record, the music was decidedly less melancholy. 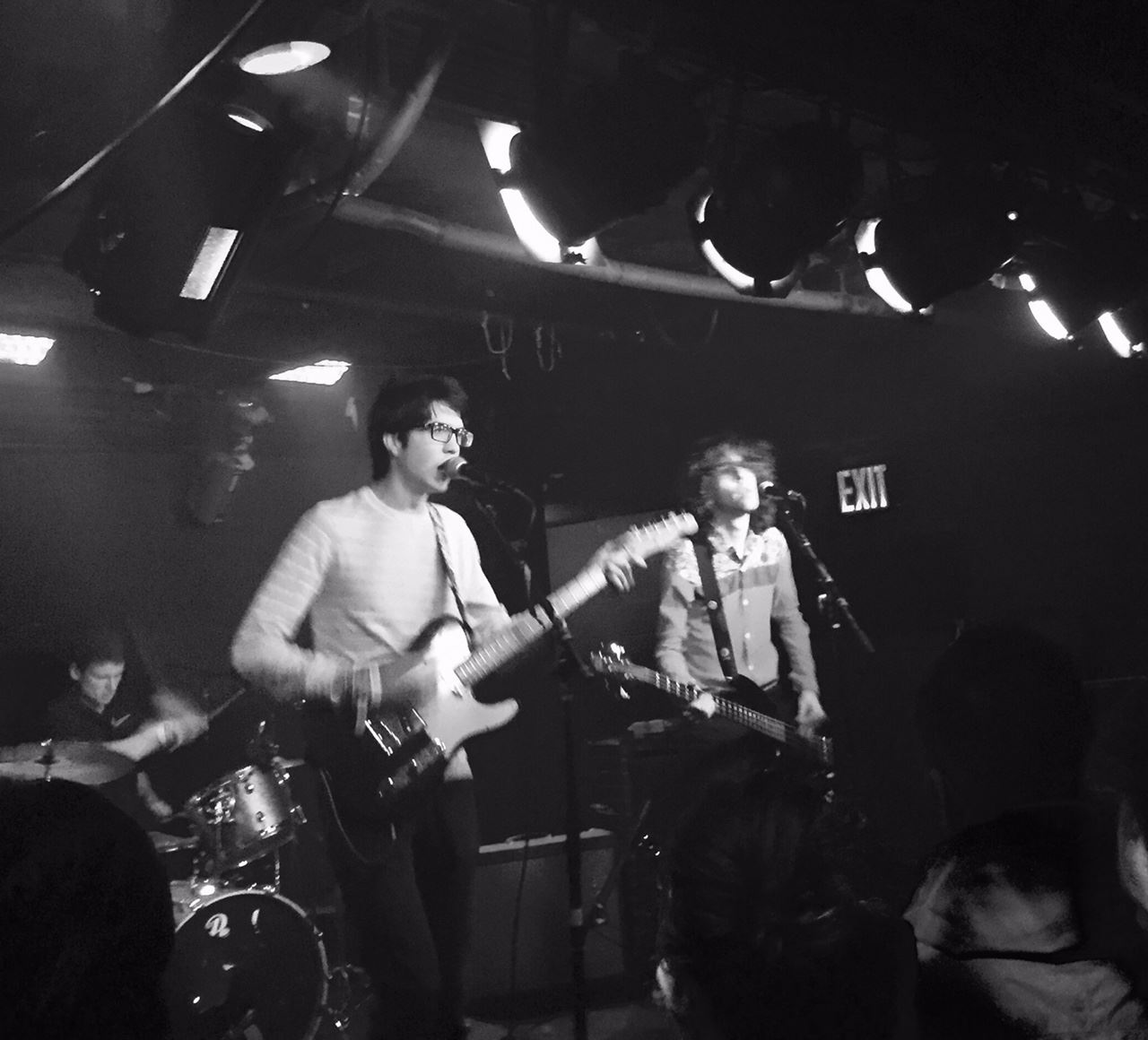 While Toledo was the clear mastermind — orchestrating things with grace — the band’s chemistry is really what made the event. Everyone in the group carried their weight, the level of musical dexterity matching Toledo’s lyrical finesse.

In the eight years Toledo has been making music, the young musician — now only 25 — has managed to release a whopping 12 albums. The breadth of his creative scope informed the show which was diverse but never scattered. The group managed to update some of his more classic tracks, making the older music feel as relevant and contemporary as his newer selections.

The show ended early, letting out before midnight. Some of the audience scattered back in the direction of UMS, others veered off — willing to call it early. The only certainty was people exiting the venue all seemed to have been in some way soothed by what they had witnessed. There was a sense of unity, driven by the knowledge that everyone in the room could relate to the tender lyrics. The raw exposure seemed to give people a sense that perhaps vulnerability is indeed a strength and coming together to celebrate our delicate nature can be enormously rewarding.

All photography courtesy of Car Seat Headrest on Facebook.