Catching Boombox at Cervantes’ is not a common occurrence these days, but in Denver, anything can happen in the name of cannabis and environmental preservation. After the extensive success of the 2017 Colorado Carbon Fundraiser, the first Green Industry Affair took place last night in a giant celebration of all things green. Cannabis advocacy, outdoor conservation and policy development all came together to assist in increased awareness regarding carbon footprints, and all the proceeds benefited the Colorado Carbon Fund. The Colorado Carbon Fund works tirelessly in reducing the carbon footprint across the state.

The night was spread out over the Ballroom as well as the Other Side and involved raffles and other contests in addition to a musical lineup, including Boombox. The raffles consisted of cannabis indulging utensils, Osprey backpacks, various t-shirts, camping gear, concert posters and more. The poster that served as marketing for the evening even showcased a backpacker, catering to the theme.  There were booths lining the Other Side from dispensaries and the Colorado Carbon Fund, all handing out information and various freebies. Due to the two sides remaining open, the venue felt less packed than the average sold-out night at Cervantes’. In addition, Cervantes’ dedication to a water station and powerful cool air that consistently blasts over the audience prevented the crowd from over-heating. 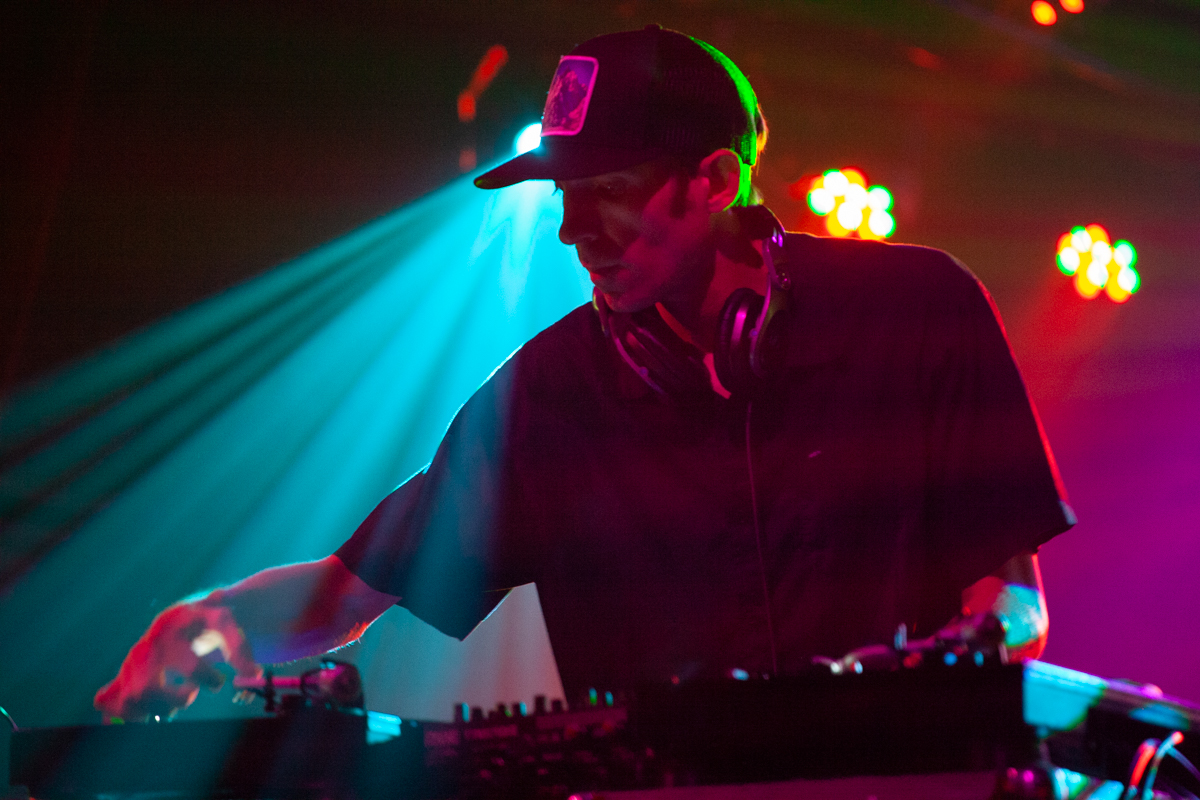 After the green enthusiasts had chatted and made their way around each booth, Mikey Thunder kicked the night off with his signature, guaranteed party. He rocked jazz, funk, rock and hip-hop from behind a massive table of equipment. He fused all genres together to a swirling crowd of dancing fans, though the room had not filled to the crowd size Thunder is typically used to.

After Thunder’s set, advocates from the Colorado Carbon Fund took the stage to announce the organizations that they are working with to further their conservation agenda and introduced some of those that were present. Colorado candidate for Governor Jared Polis was slated to make an appearance, although was unable to due to a hectic schedule. Instead, he sent a representative to remind the crowd that Polis is dedicated to fighting for affordable healthcare and any opponent to the movement that Colorado has made in the recreational marijuana movement, including Jeff Sessions. 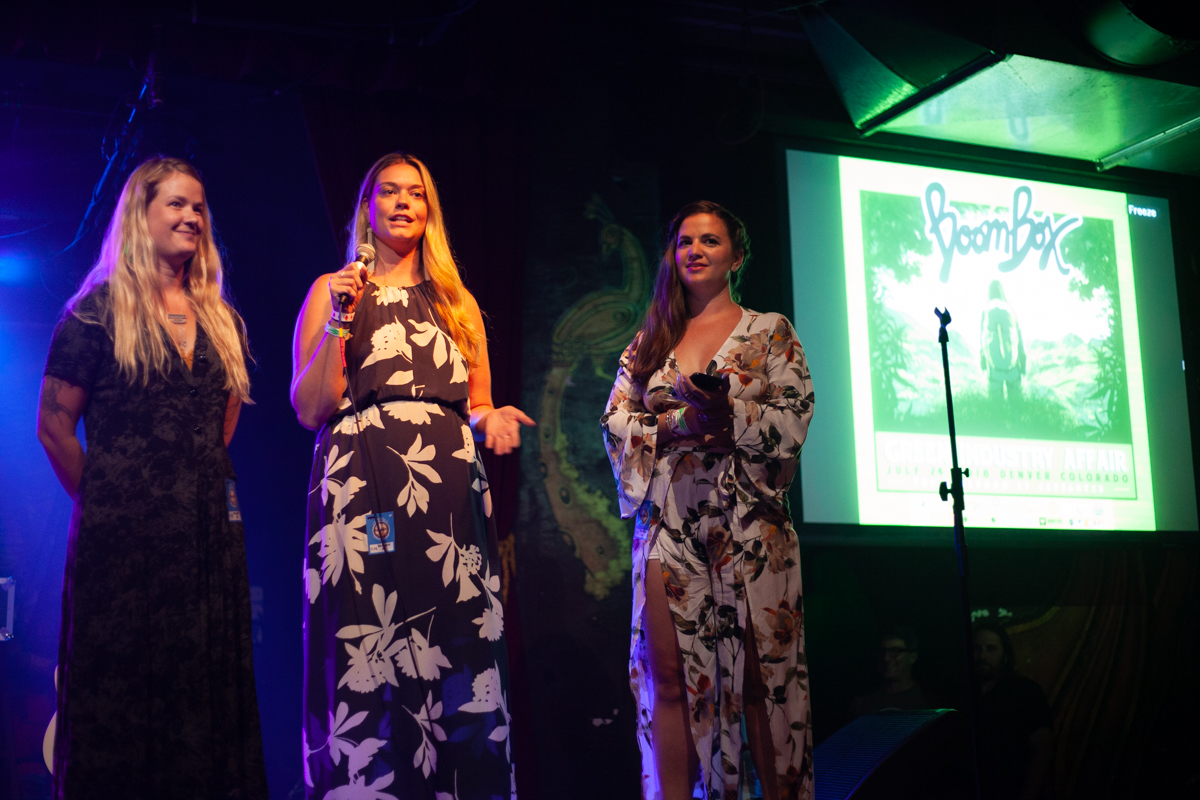 Members of the Colorado Carbon Fund

Boombox hit the stage next, and right on schedule. Boombox has made a name for themselves in Colorado, which is why it was no surprise that they would serve as the main act of such an evening. They have performed at Red Rocks multiple times and even hosted New Year’s Eve at The Gothic over the last couple of years. In fact, the last performance Boombox did as the original duo, Zion Godchaux and Russ Randolph, was at the Gothic show on December 31, 2016, after which Randolph went his own way. Since then, DJ Harry has been assisting Zion in holding the group down. The two lit up the Ballroom with style and a touch of signature funk. Zion rocked his usual fuzzy top hat and sunglasses and Harry kept it simple in a flannel as he bumped around his equipment. 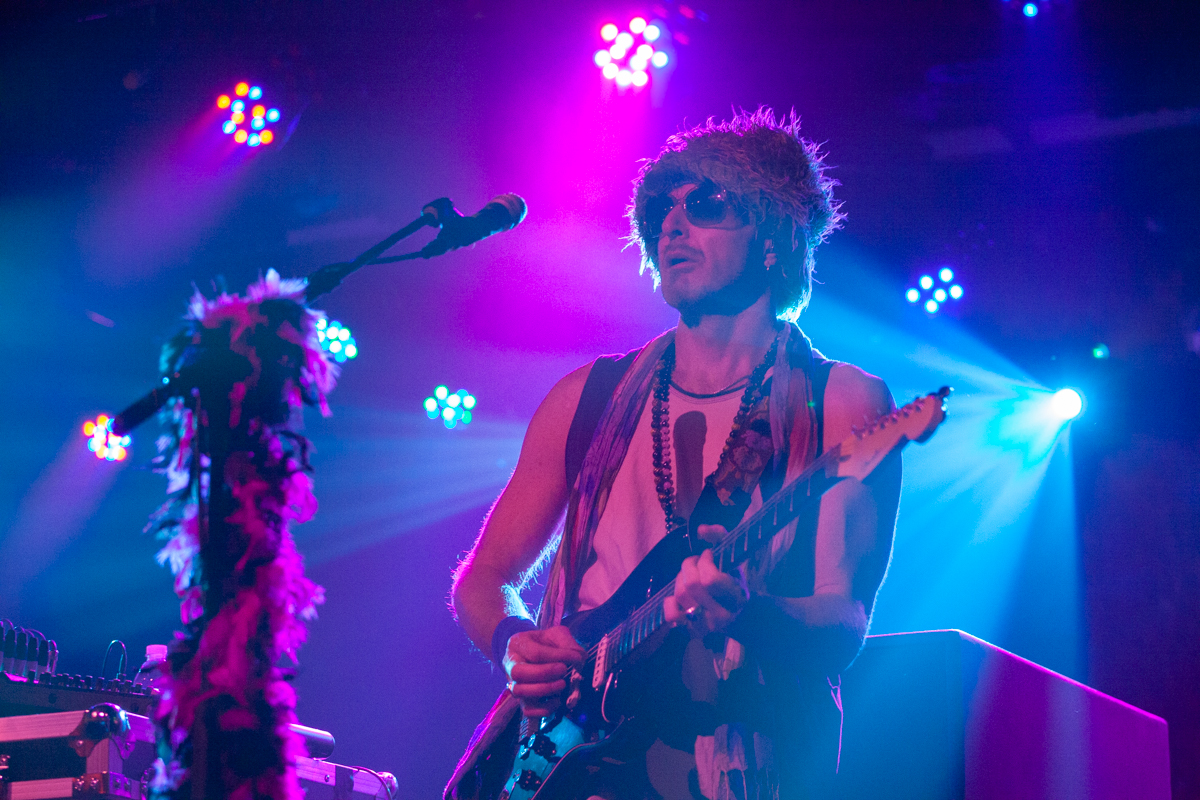 The fluidity of those moving in and out of the main room left plenty of room for dancing, and any Boombox crowd is going to take advantage of such a situation. In his high pitched, calming voice, Zion sang along the funky beats and took their fans flowing through a lengthy dance party. It was a typical Boombox crowd, with plenty of glow sticks and feather boas — like the one that hung on Zion’s microphone — but the vibe of the evening was certainly more laid back than other sets of theirs in the past. The tranquil lights behind the musicians delicately orchestrated the movements of the devoted listeners and tracks dipped into the next without hesitation or indication other than brief applause. In fact, it wasn’t until over 40 minutes into the set that the two took their first momentary pause, and it was just that, a pause. 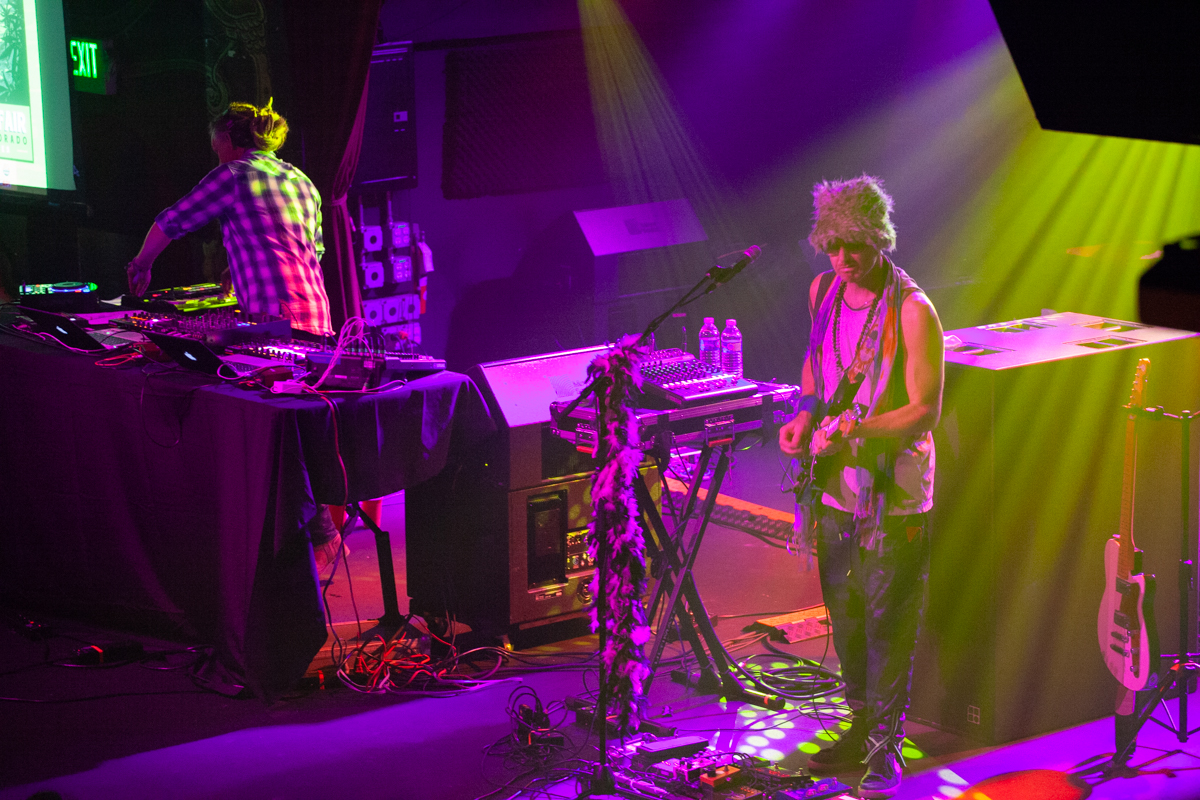 As the vigorous moves and green celebrations winded down for the close of the evening, the room at Cervantes’ felt unified on more than one level. The devotees to music, the environment and recreational marijuana had connected Denver in a new way, and there is sure to be support for these causes in Denver for years to come.

All photography by Zena Ballas.