Have you ever wanted to pet a baby goat but didn’t want to find a farm to travel to? Goats in RiNo bring the goats to you during their special movie nights where you can interact with the cute farm animals and watch a movie to boot.

Broken Shovels Farm Sanctuary celebrated Pride this past month with a screening of an iconic film to show its love of the LGBTQ+ community and give it a rustic twist.

Broken Shovels Farm Sanctuary is a nonprofit farm that rescues animals from goats, pigs, donkeys to even cats. The farm helps these animals escape lives of working, slaughter and unlovable homes. The farm promotes ethical and environmental agricultural practices as well as giving a message about the benefits of veganism. Andrea Davis sought to give the people of Denver a chance to interact with farm animals in a fun and more accessible environment, which resulted in the Goats in RiNo events. 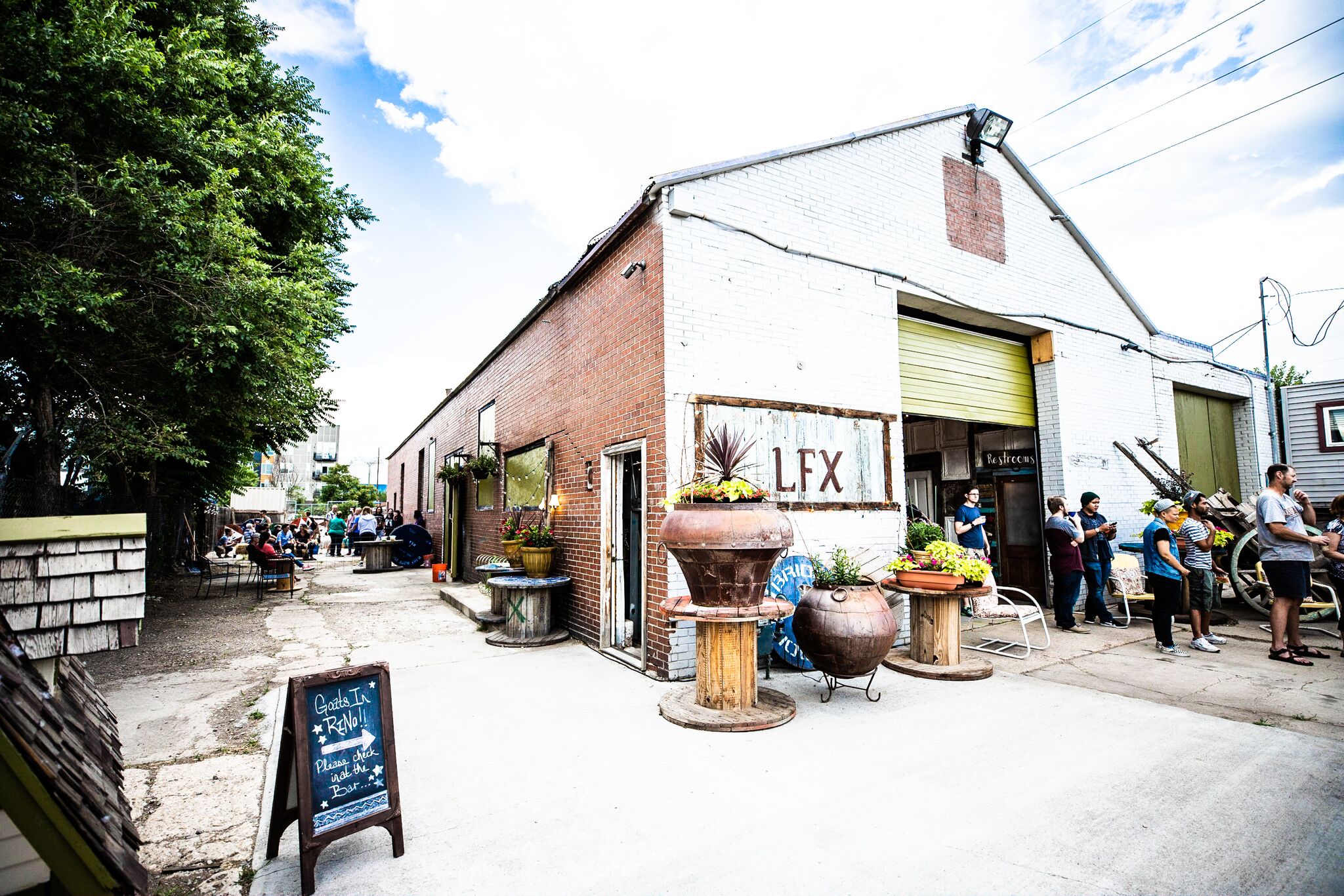 The tiniest baby goats were seen trying to escape their enclosure, needing a guard at the entrance to ensure that no animals made it outside of the venue, which made for a hilarious game of catch, return and catch again. 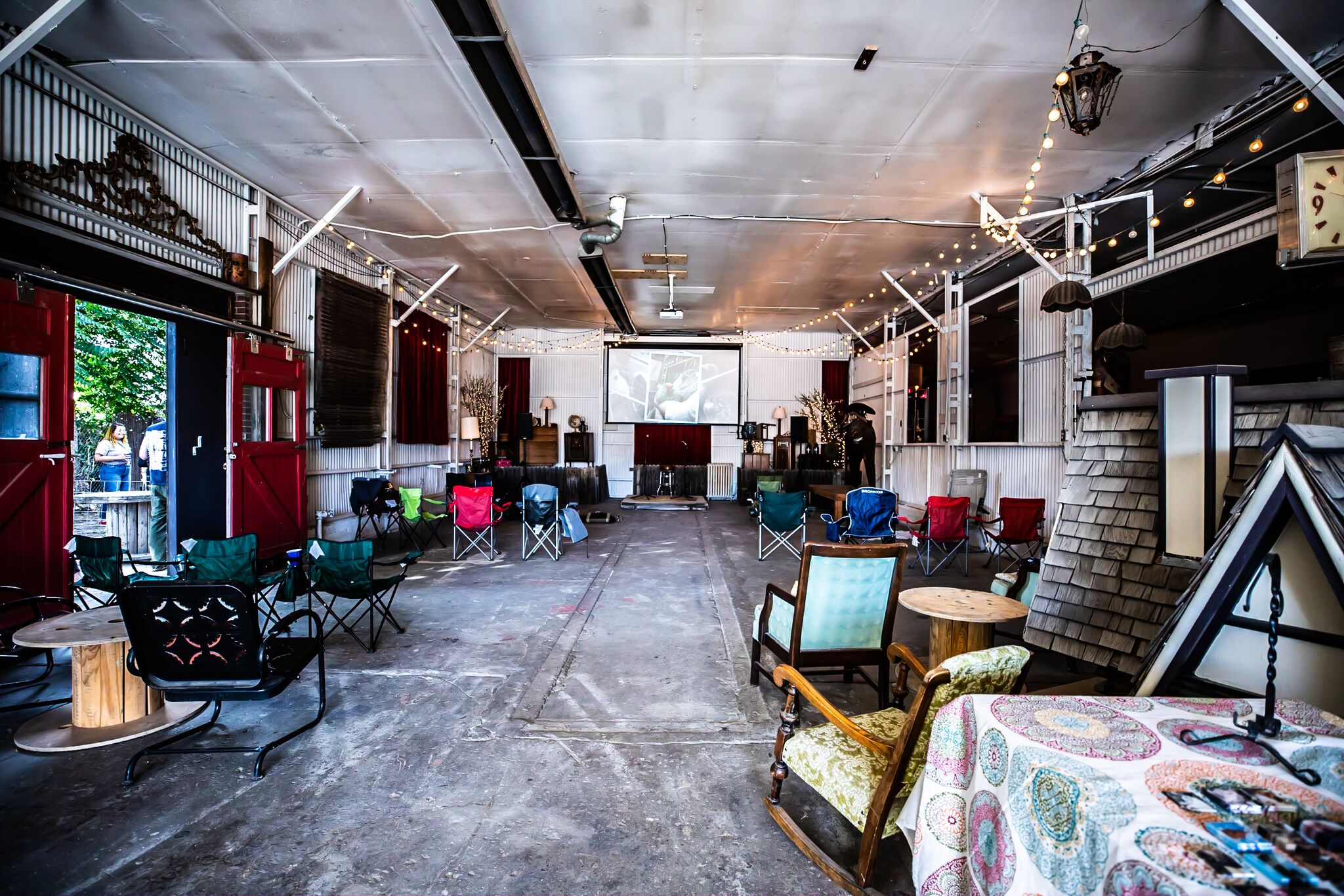 Inside of the Goats in RiNo venue, LFX Filmworks.

Attendees checked into the venue at a drinks station where they could choose from cool beer, wine, sodas and more to sip on throughout the night. At the station, you could also purchase a bag of carrots and celery that could feed the goats. After purchasing the goat snacks, attendees headed out to the enclosure and were met with hungry faces. 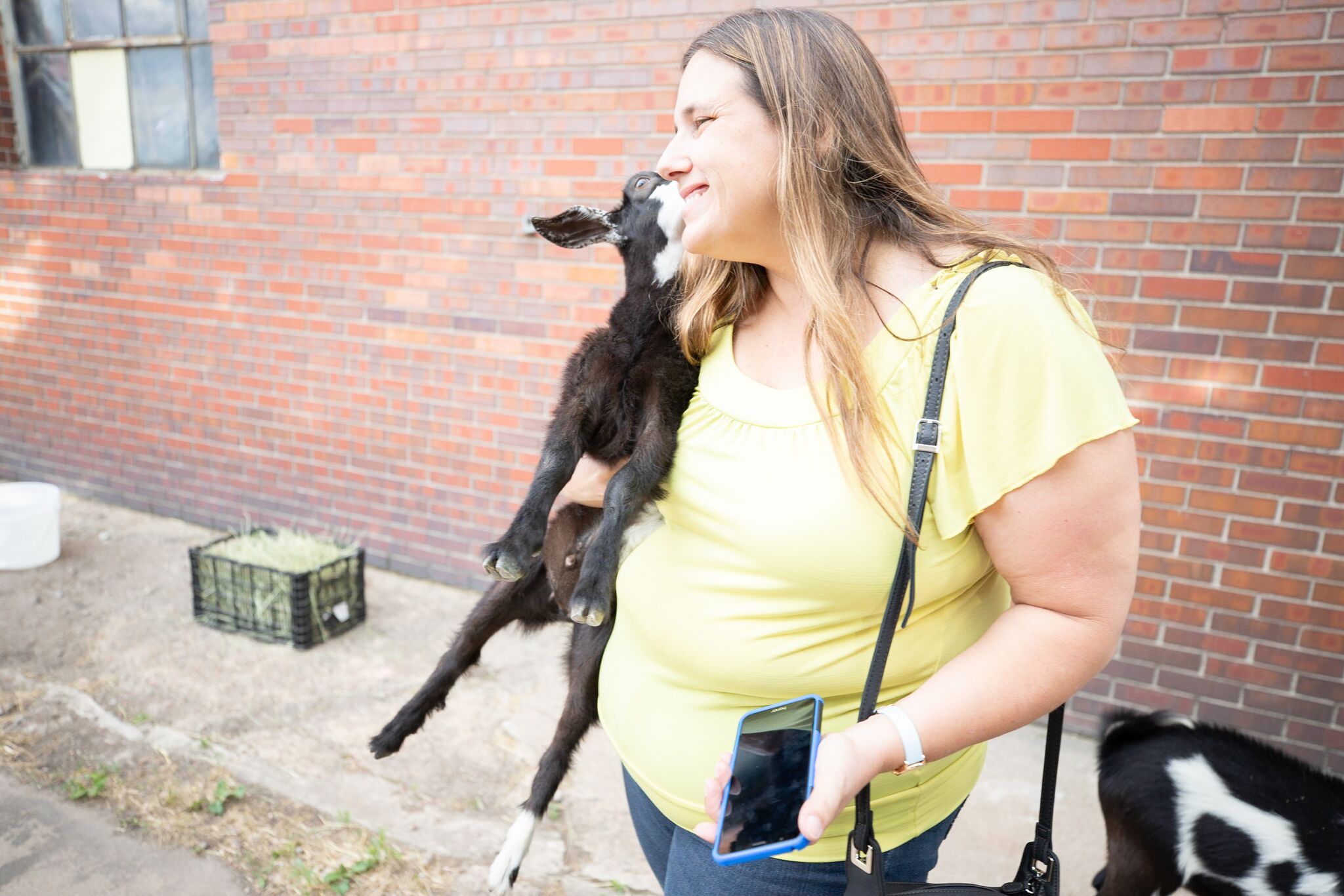 The goats excitedly rushed to those holding the bags of the precious vegetables, at some points even surrounding and cornering some individuals to get a taste. If you have never met a babt goat, think of interacting with a happy puppy, but with hooves, horns and instead of barking, bleating. Some of the goats were so excited to snag the treats that they jumped up on attendees, just like a very excitable dog would. 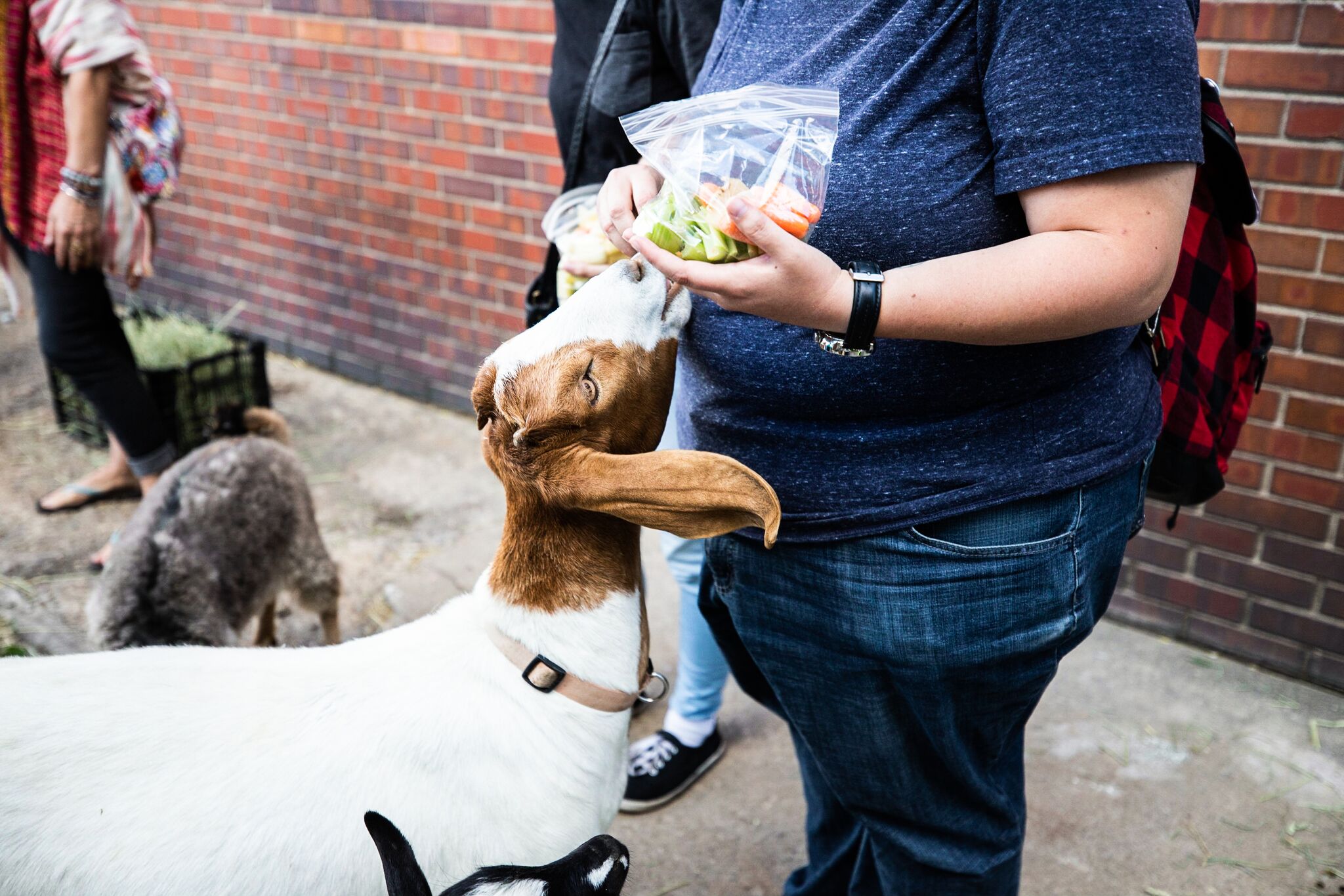 After feeding and petting the goats, moviegoers were able to grab a bite of their own from a food truck stationed right outside the venue. The food truck, Vegan Van provided delightful vegan fare, in line with Broken Shovels Farm Sanctuary’s message of veganism. Attendees could choose from a veggie burger with special sauce to veggie corn dogs or queso (vegan of course) smothered fries. 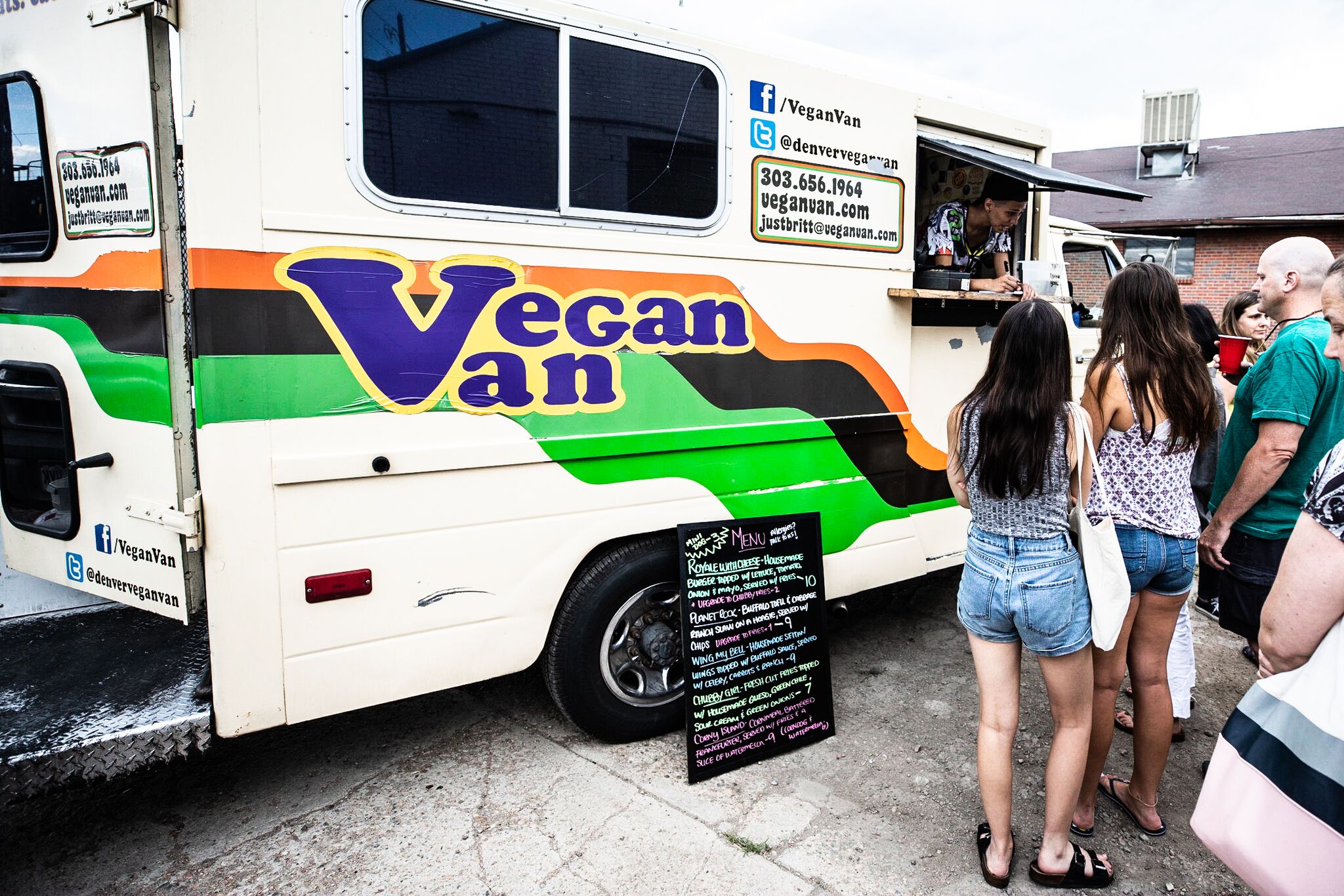 Moviegoers then filed into the main venue room and took their seats on the chairs and blankets that they brought to get ready for the film. The film that was showcased at the Pride month edition of Goats in RiNo was 1994 hit The Adventures of Priscilla, Queen of the Desert. The film features a story of three friends who have decided to purchase a bus and go on a tour to showcase their drag shows with mishaps and hilarious adventures in their midsts.

As attendees laughed throughout each scene of the film, the goats were let out into the venue to explore and interact more with each person. Some individuals were able to hold baby goats in their laps as they viewed the film and others pet the sides of goats as the walked, sometimes trampled, past. In the end, each person in attendance was able to interact with a goat before and during the screening. 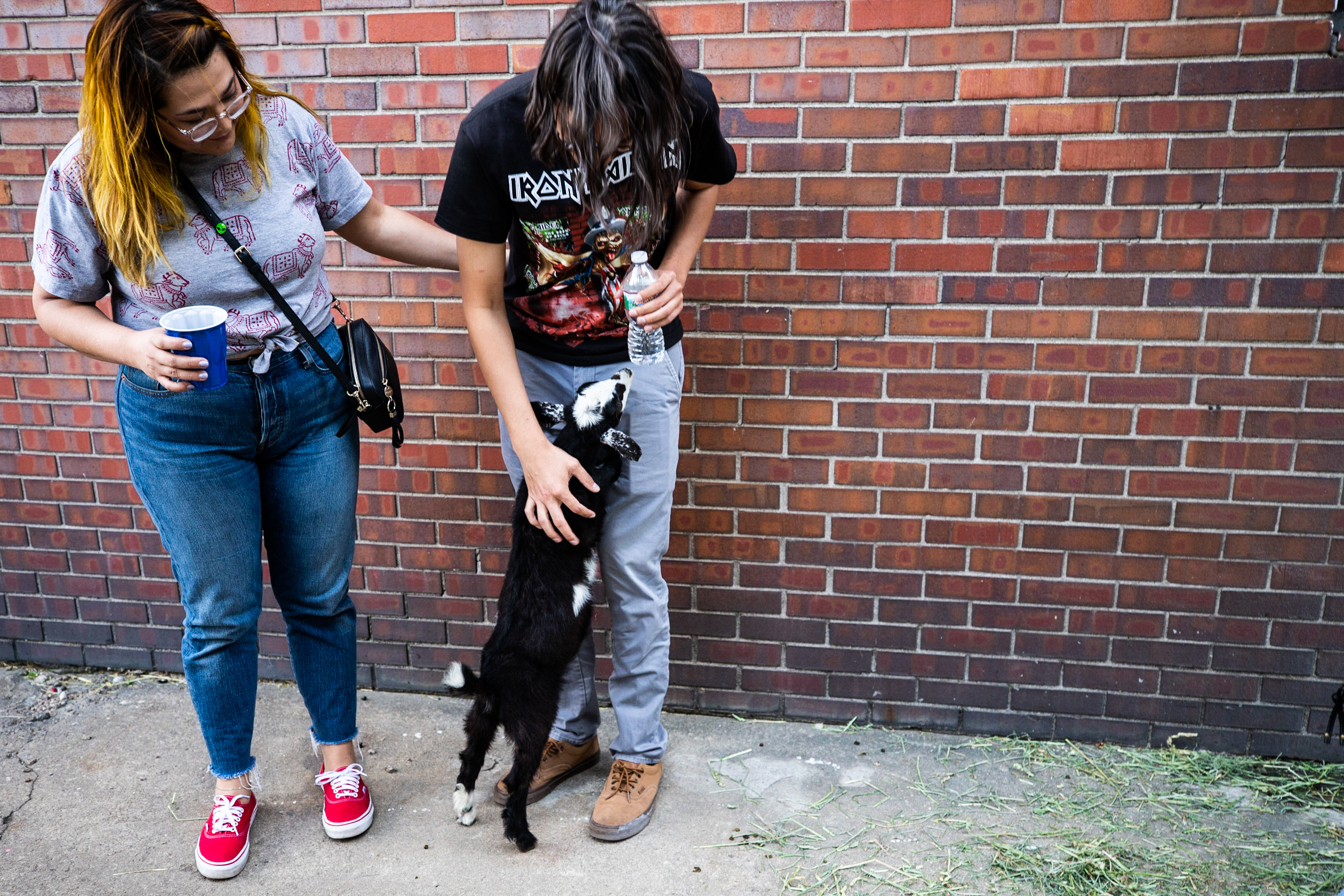 The best part of the Goats in RiNo film viewings? All of the proceeds from Goats in RiNo go back to the farm, aiding in rescue, funding for supplies and promoting education about ethical farming. Each of the purchases made inside of the venue help fund Broken Shovels Farm Sanctuary and allow them to continue the events.

So if you love goats and want to watch a movie while petting one, you need to book your ticket for the next Goats in RiNo event. Broken Shovels Farm Sanctuary has more great events to celebrate the weekend such as a farm tour with a concert featuring Mandy Yoches and the Hell Knows. You can also experience a screening of One From the Heart under the stars and fireworks on Fourth of July weekend. Check here to take a look at upcoming events.

All Photography By Heather Fairchild