Kicking off UMS this year is multi-genre duo Overcoats, comprised of Hana Elion and JJ Mitchell. The duo’s voices blend together to form a sort of musical chemistry that can only be built by friends who are incredibly close — so close that during our interview they were finishing each other’s sentences and filling in each other’s blanks. Elion and Mitchell met on the first day of college at Wesleyan University in Connecticut. It was an anthropology class that brought them together and they instantly knew that they would become friends. “We were walking back from class and we both… (Elion)” “…were so excited to be talking to each other (Mitchell)…” “…so hungry for a friend — so hungry for friendship that the story goes, we walked straight into a low-hanging tree branch and then we were quick friends. (Elion)” 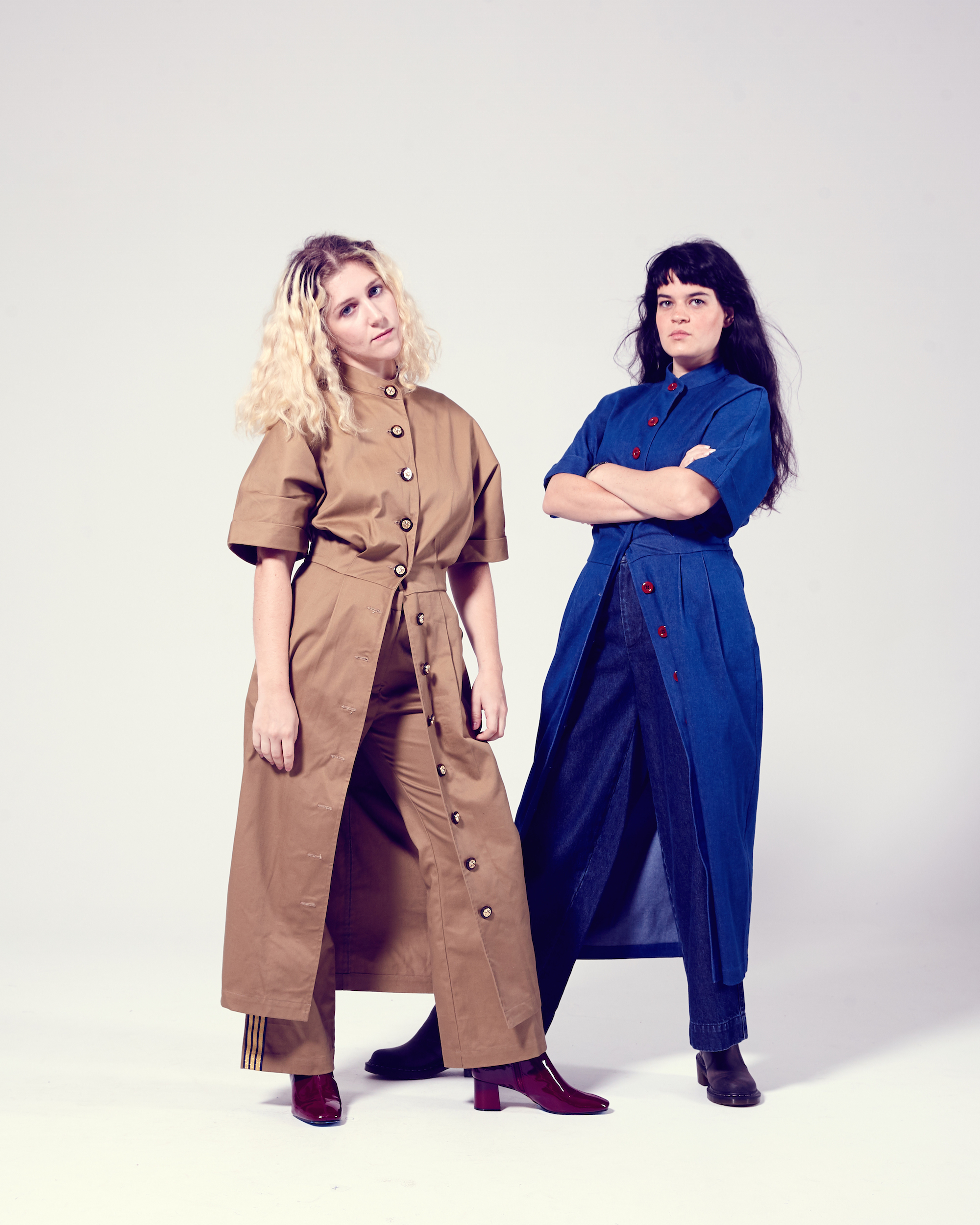 Stylistically it is very difficult to figure out exactly what genre Overcoats fits into, which is their goal. Both Elion and Mitchell believe in the healing power of music and try to create something that both lyrically and sonically are appealing and thought-provoking to listeners. “We love the storytelling of folk music and the way that words can heal but then we’re also suckers for a dance beat so we try to incorporate both elements and we don’t feel like a song is finished until it walks the line between those two,” said Mitchell.

This will not be Elion’s first time attending UMS — she actually came as a spectator a couple of years ago while living in Boulder. The two expressed their appreciation for the festival and festivals like it. Both Elion and Mitchell love how UMS is focused so heavily on the music, and less on the politics behind the bands. “I think that the industry is actually so small and it’s the same set of bands getting booked for everything, and they’re great bands, but its like I really do appreciate sort of more independent music happening and I think UMS has always been in its existence a pioneer of that and I feel honored to be a part of it,” said Mitchell.

Catch Overcoats this Friday at 5:20 p.m. at The Underground Music Showcase on the main stage at Goodwill (go here for tickets). You can also check out their website to learn more about the duo.