There seems to be no shortage of music events in Denver to feast on this summer, but this one may, in fact, be one of the juiciest. Mile High Spirits in partnership with Feyline will be taking over the entire 2200 block of Larimer Street, for an EDM block party of epic proportions. Going down on Saturday, October 13 from 2 p.m. until 2 a.m., the Mile High Spirits Block Party featuring the likes of Dillon Francis, Cashmere Cat, Goldfish, Manila Killa and more will be the place to be. 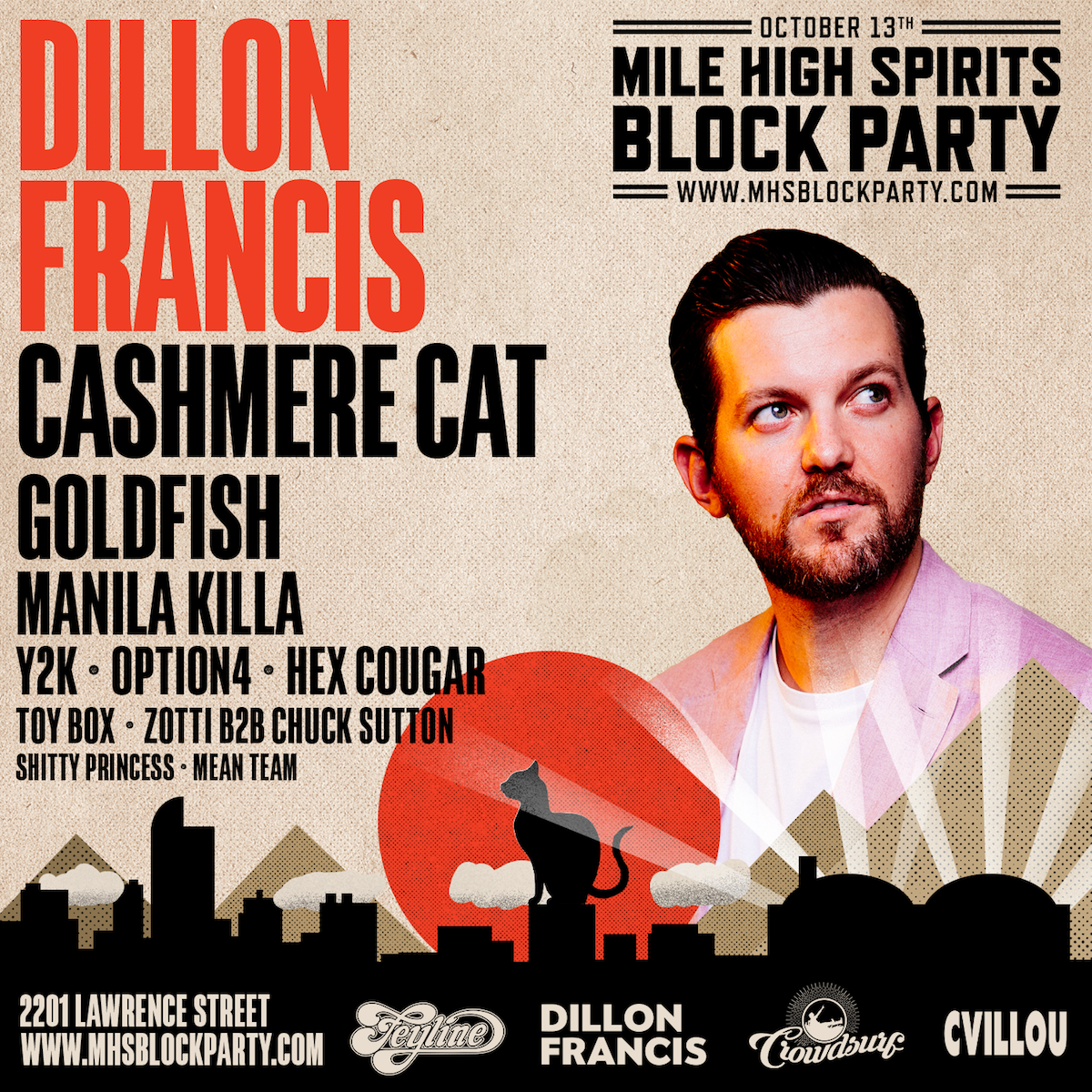 The block party in and of itself will be a first for the distillery, but it’ll be far from their first music event. As for Feyline, the block party is another in a series of impressive showcases put on by the promoter, who would have been responsible for Red Rocks’ first New Year’s show earlier this year. Dillon Francis will be returning for the party following an explosive performance at Red Rocks last year, and Cashmere Cat, following a co-headlining performance for MØ’s tour earlier this year. The 18+ event will have two stages in the heart of Denver and feature boozy concoctions from the host distillery. Tickets go on sale today, July 23 with general and VIP admissions available.

The full lineup is as follows: