When you think of swing music, you probably think of an exciting but antiquated genre of music, whose biggest fans are now around the age of your grandparents. That’s not the case anymore, however, with the emergence of Jeremy Mohney, whose prodigal instrumentalizing is yet again reviving the genre. The local musician has a small but loyal local following as well, comprised of folks who are still enjoying the music that held rein more than 50 years ago — music that has managed to survive and simmer since the 1930s.

Following in the footsteps of legends like Armstrong and Ellington, Mohney is making a unique name for himself within in a live music scene that’s almost always geared towards new forms of music. Amongst a sea of new and young music, Mohney is breathing life back into a huge segment of popular music history. By making the rounds in the front range at venues like Dazzle in Denver or events like the 1940s ball in Boulder, Mohney has found his niche, where folks come to dance the night away to his revitalized swing.

Because of his close relationship with his grandfather, Mohney grew up with jazz and swing music. About his grandfather, Mohney explained that “he always played me tapes of big bands in the car when we’d go around to run errands or what-not.” And it’s precisely this inspiration that influenced Mohney’s sixth and latest album, which utilized the cassette tape “to give our live recording a vintage, lo-fi sound.” On June 12, Mohney and his band released Live at the Mercury Cafe. The album was recorded with guitarist Matt Cantor, bassist Conner Hollingsworth and drummer Chris Carland at Denver’s Mercury Cafe and was complimented by a room full of people dancing their nights away.

It’s that room full of people that Mohney made a point of mentioning specifically. What makes Live at the Mercury Cafe so special in particular, according to Mohney, is the swing dance scene in the Front Range, with its “talent and warm personality.” Of his audience, he says “it’s a pleasure to perform for so many people who enjoy the music.” Due to the swing dance scene, Mohney’s music is that much more interactive with its audience than other music genres, and therefore, that much more unique. 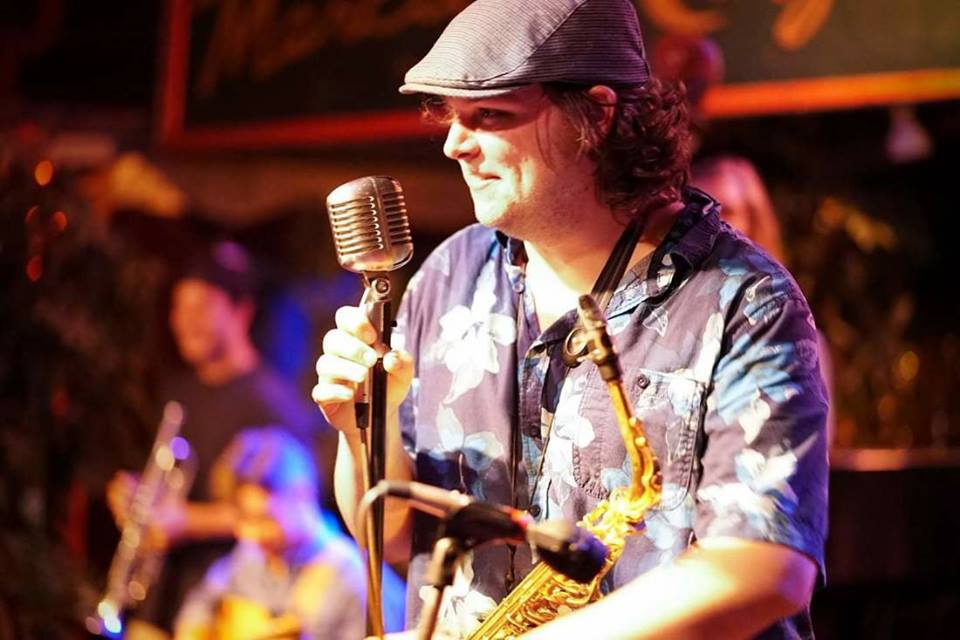 Born only in 1991, Mohney is a pretty young guy with a very old soul. And while listening to Live at the Mercury Cafe, it’s surprising when you remember that the man behind the music is only in his late 20s. The 11 songs that make up the album are short and sweet, the way they were before bands starting jamming for minutes, with one song bleeding into the next. Mohney’s music pays incredible homage to old-school swing music by remaining just that — pure, old-timey swing music.

Even Mohney’s lyrics and vocals are that of a time long since past — like in “How Much Can My Poor Heart Take Now?” or “If I Could Have A Dollar,” where simple tales are sung through raspy vocals transport listeners back in time. It reminds you of a history you’ve heard on vinyl, read about in books and seen in movies. Simply put, Mohney is not trying to be anything but his superbly authentic self while resurrecting his great passion, and he’s succeeding. While the rest of the live music scene is constantly striving to be the newest and most different, Live at the Mercury Cafe is refreshingly true and familiar in the best way.