Review – Animal Collective Offered Up Acoustic Exploration at the Ogden

For the first time ever, Animal Collective’s Panda Bear (Noah Lennox) and Avey Tare (Dave Portner) are on tour together performing their 2004 album Sung Tongs in its entirety. Sung Tongs is now over a decade old but the LP holds a special place in the hearts of Animal Collective fans. Hell, the album earned a stellar 8.9 rating from Pitchfork and an 83 percent on MetaCritic.com. Last night they stopped by Denver’s Ogden Theatre to play the album for their Mile High fans.

Two large tapestries lined the sides of the stage, and the duo started precisely at nine-o-clock, approaching their acoustic guitars and diving right in. It was a questionable introduction — they didn’t begin with Sung Tongs, rather they started the show with “Tuvin,” a live-only track. While emphasizing their harmonized and tribal vocals, Lennox and Portner speedily strummed their acoustic guitars. Together they layered their instruments while simultaneously adding vocals until they eventually broke the now-bewildered audience. By the end of the transcendental, approximately 10-minute introduction, those that had stood still in confusion, questioning the set at hand, found themselves howling back at Animal Collective. Not only did the audience howl with passion, but they did so eagerly and willfully under the duo’s hypnosis — especially when Panda Bear broke out some minimal percussions, propelling everything to the next level. 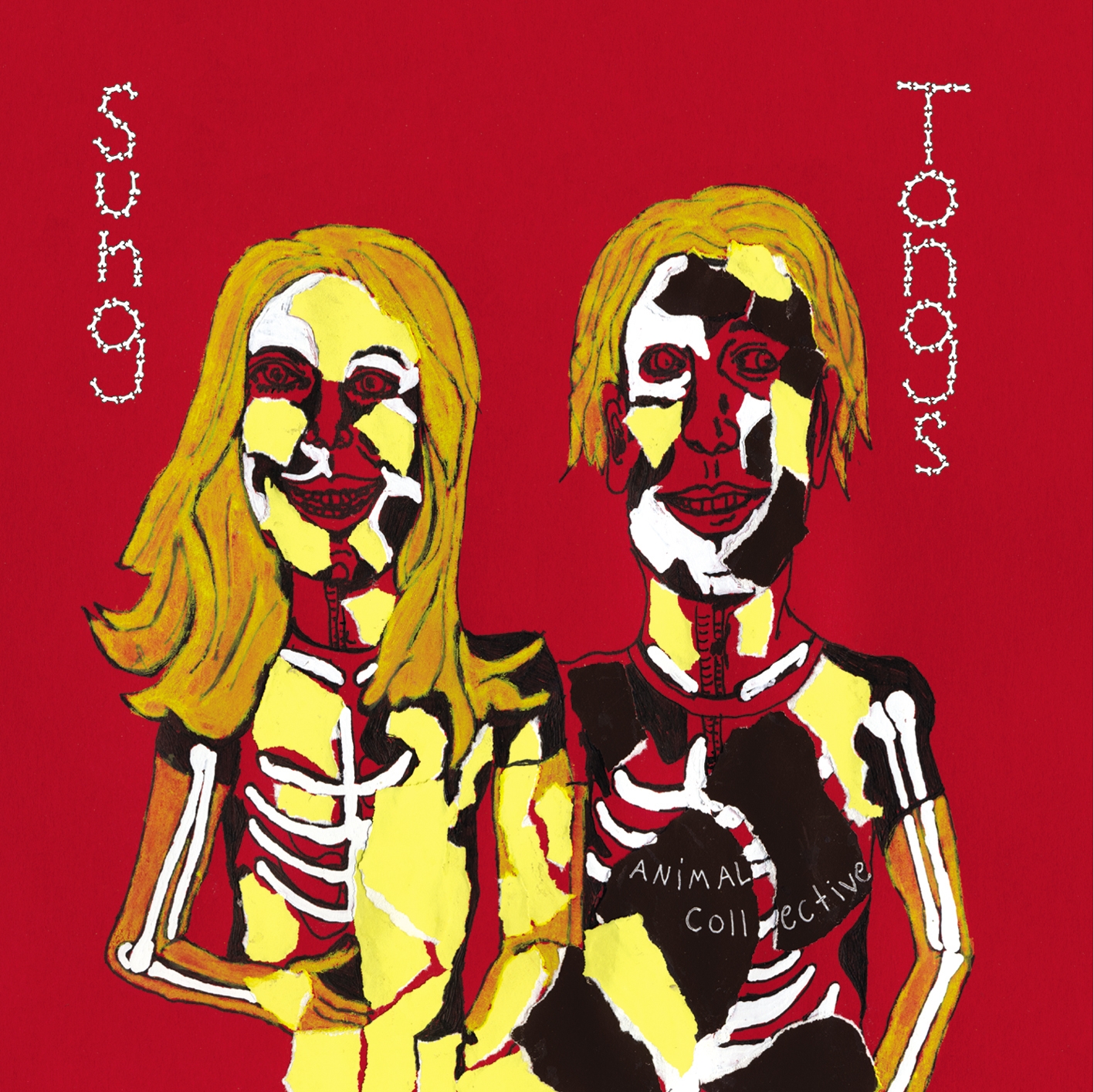 The duo quickly broadened their vocal sounds and echoes. And all of those weird fucking Animal Collective sounds — yeah, they still made those. But given the acoustic nature of the tour, the sounds were made with random objects, instruments or the sounds of Lennox and Portner’s own voices. It was truly masterful. Never before in my career have I seen such a passionate duo of men put everything they have on the table — emotions, musical talent, embarrassing sounds — I appreciated their lack of giving any fucks and excelling in the process. Whimsical vocal loops and ecstatic shouts proved the musicians were basking in their adolescence — it was almost like Animal Collective’s wild reimagining of the classic children’s book Where the Wild Things Are. It was a wonderful — and at times nearly theatrical to watch — adaptation of the album’s themes.

To some, this may have been a damn boring show. And at times it honestly was — well, for the sober mind at least. The entire show almost felt unheard of — an acoustic psychedelic concert experience. But for those more appreciative of Animal Collective, this tour only makes it more evident that the two masterminds behind the group are talented, unique and that they can impress any crowd with any type of show whether it be a normal set or a detour like — no pun intended — this tour.

Lennox and Portner showed Denver last night that it only takes two men to make enough elements and sounds to fuel an entire set. The two were fantastically in sync, treading through every transition effortlessly. They never lost track of that precision, either. That, combined with all of the other satisfactory parts in play made Animal Collective’s Sung Tong’s tour easily one of the most unique, experimental live sets I’ve ever witnessed. At times it felt utterly bewitching and at others, it reminded us of campfire sing-alongs with your friends — sometimes even causing the audience to echo back animal sounds in utter joy.