What You Missed From Denver Zine Fest 2018

“Ah, it’s rainy days like today that are the perfect atmosphere for flipping through the pages of a zine,” Chris Davis, a native zine maker from Colorado Springs, said as he looks out the windows of the McNichols Building in Civic Center Park.

Sunday’s rainy weather was the quintessential backdrop for Denver Zine Fest 2018, which attracted more than 90 zinesters, artists, independent publishers and introverts alike from all over the state of Colorado and the United States. “But what is a zine?” you may ask. As its name suggests, zines are magazines, but unlike large publications, zines are smaller, self-made publications that are chocked full of their author’s self-expression. From foodie trends to human rights and just about everything in between, the content that Zines can cover is limitless. 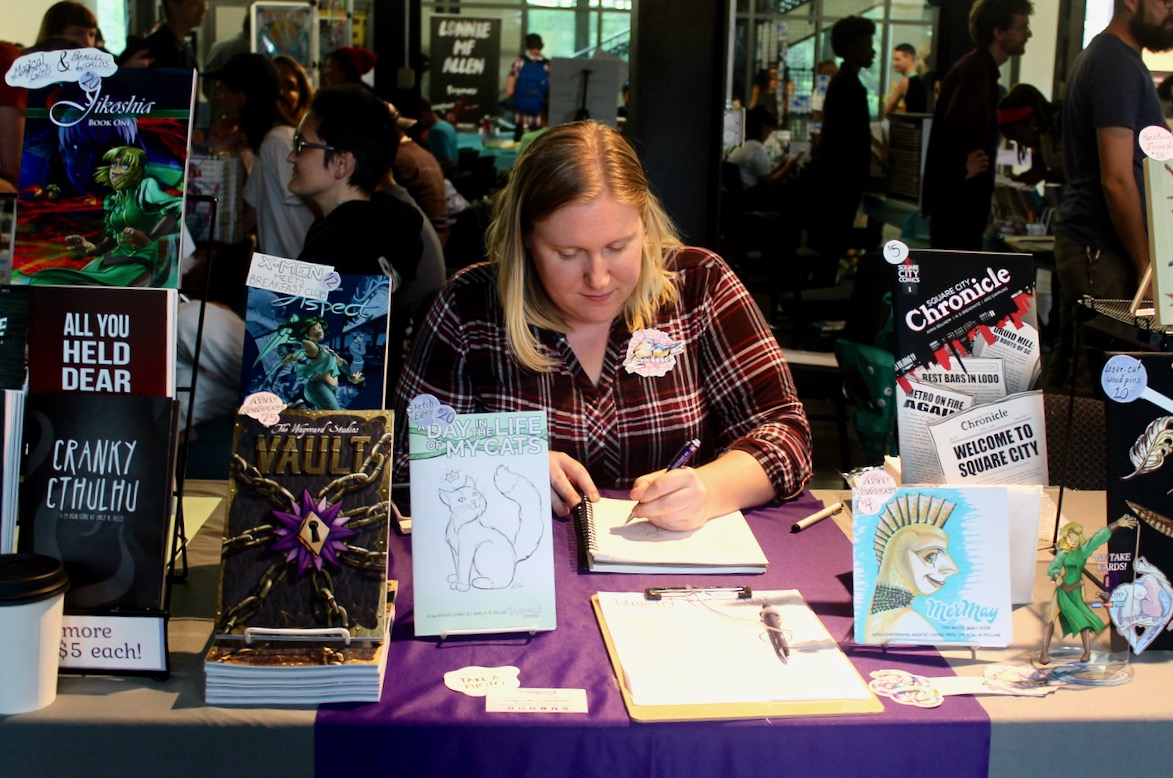 While zines are highly personal pieces of artwork, Zine Fest is the one time each year that artists and authors alike are able to see and share what others in the community are creating. For zinester Nicki Yowell  — creator of ‘Za The Pizza Zine — she talked about the interesting dynamics that come into play at Denver Zine Fest.

“What I love so much about it is that making zines is such a highly personal activity,” she said. “And this is one of those rare occasions that you get to a bunch of introverts show off their work in such encouraging and fun environment.”

Even though the DIY publications were the main focus of the event,  many artists also offered everything thing from prints & pin to notebooks & comic books and other paper goods. 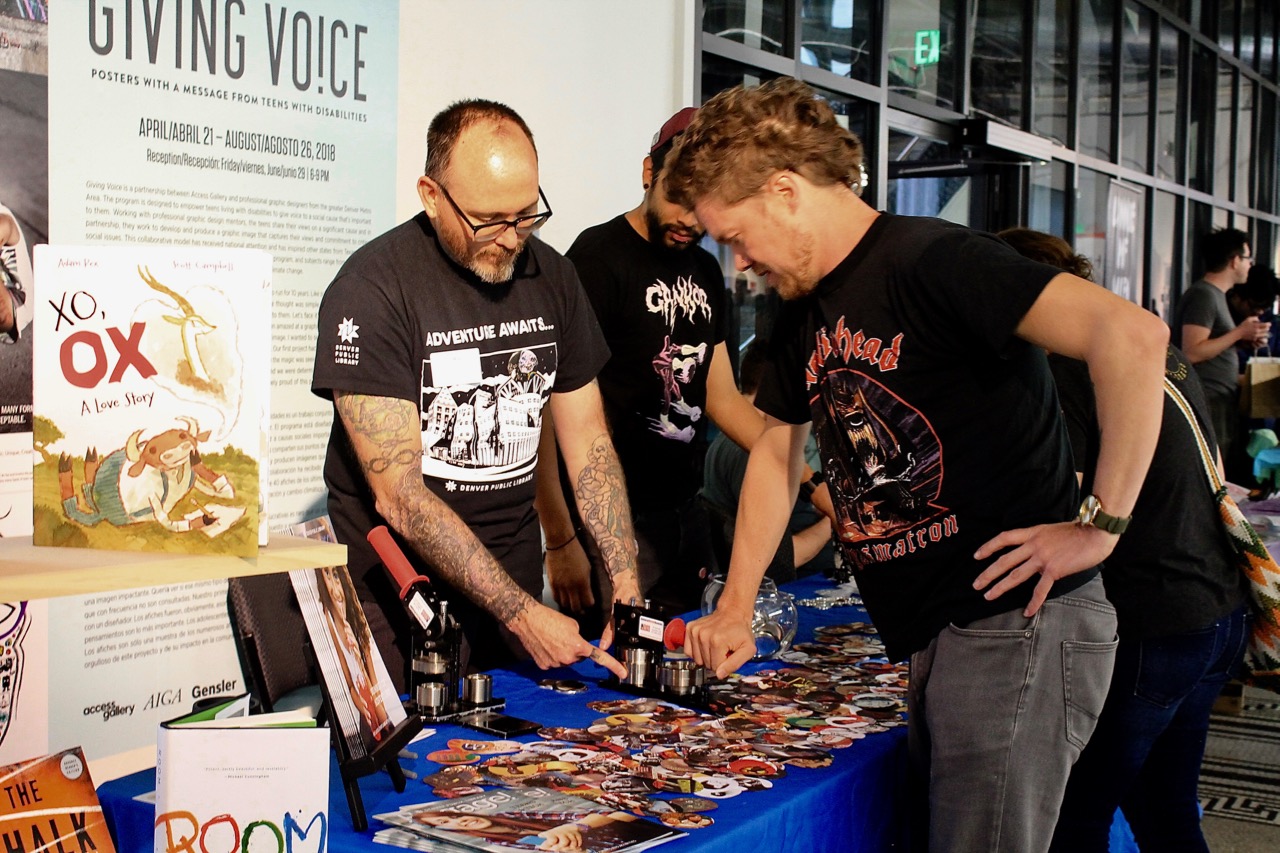 While Denver Zine Fest focused on showcasing the zine makers, the festival also offered plenty opportunities for the public to get engaged including a create your own zine cover contest put on by the Denver Zine Library, and a button making station sponsored by Denver Public Library. Attendees even had their chance to participate in Zine Olympics that tested the skills of both full-time zine makers and novices in zine assembly, speed stapling, and precision folding.

Later in the afternoon, The Narrators presented a special edition podcast focusing on a topic that almost all zinesters have faced at one point or another: rejection. The presentation focused on how the zines tend to face more adversity when it comes to finding their audience since nearly all zines are self-published. Yet, the event continued to highlight the fact that while some say zines are dying art that doesn’t ring true here in Colorado.

“I just moved here not that long ago,” said Kelsey Choo – a transplant zinester originally from Chicago. “And [zine] events like these are great because I’m able to connect with other artists that I wouldn’t normally have a chance to meet since making zines is such a private thing.” 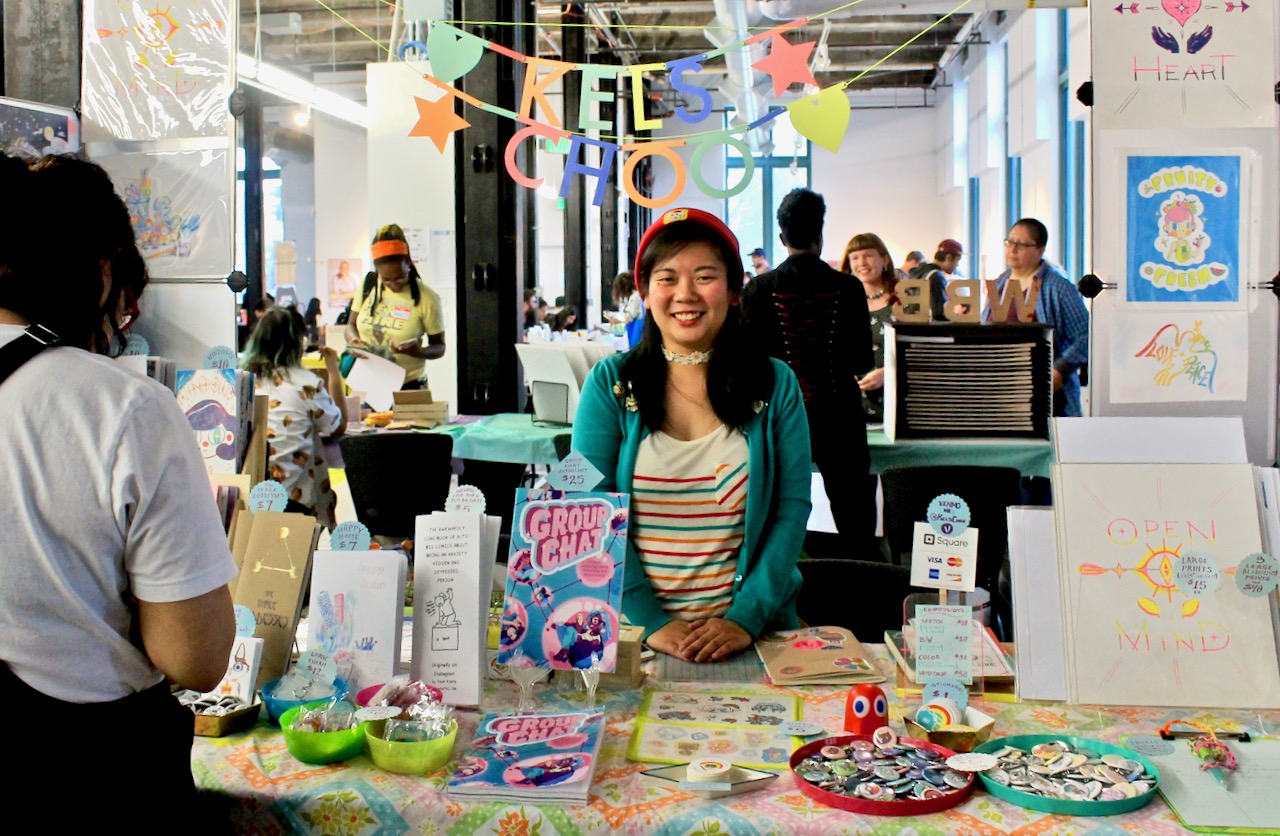 Kelsey Choo, a transplant comic artist and zinester, at her booth at the Denver Zine Fest. Photo by Josie Lucero