–
But don’t let the flower mosaics around the amphitheater fool you. There was nothing soft or serene about the rock concert that ensued.

A live-action shot of my formative years unfolded before me as Joan Jett & the Blackhearts took the stage last night at Fiddler’s Green. She was every bit the OG badass she became famous for, still in head to toe black leather with a red semi-hollow slung down to her knees. Legendary.

Growing up to the likes of The Runaways, Queen and Guns n’ Roses, I have little doubt my preference in music stems from 1970s to mid-1990s rock ‘n’ roll. What better way to pay homage to my parents’ stellar tastes than seeing Tesla, Styx and Joan Jett wail years later only a few feet away? It’s repayment, in a karmic sense, for all the guitar lessons and hours spent perfecting my adolescent rocker attitude.

It wasn’t the show I expected. There were no mosh pits, people sat and the whole shebang started five minutes ahead of schedule. Years on the road have made the rockers punctual. Metal is the magnum opus, bloody and raw, of rock but this was grown-up. Bras didn’t fly, fans didn’t claw at the stage but a good time was had nonetheless. As much of an oxymoron as it sounds, the tour brought a new era of polished rock ‘n’ roll — down to the last Les Gibson.

It’s the steady hand of all these rockers a generation grew up seeing. Any dirt on these bands has come and gone. They’re here for the music — and to scream “f**k” at a stadium of people. A glory days rehash, this was the show a self-proclaimed rockist would classify as “pure.” Even if the rock lifestyle is unstable, these bands have taken, if not taught, the test of time. They played their hits and they played them well. They know the songs so freely they, like the rest of the crowd, sang the instrumentals in buh-duh-duhs.

The heavy metal five-piece Tesla opened. No, they have nothing to do with Elon Musk. This coil brandished electric guitars, snakeskin leather and long silky hair while lightning effects spat out the screens. 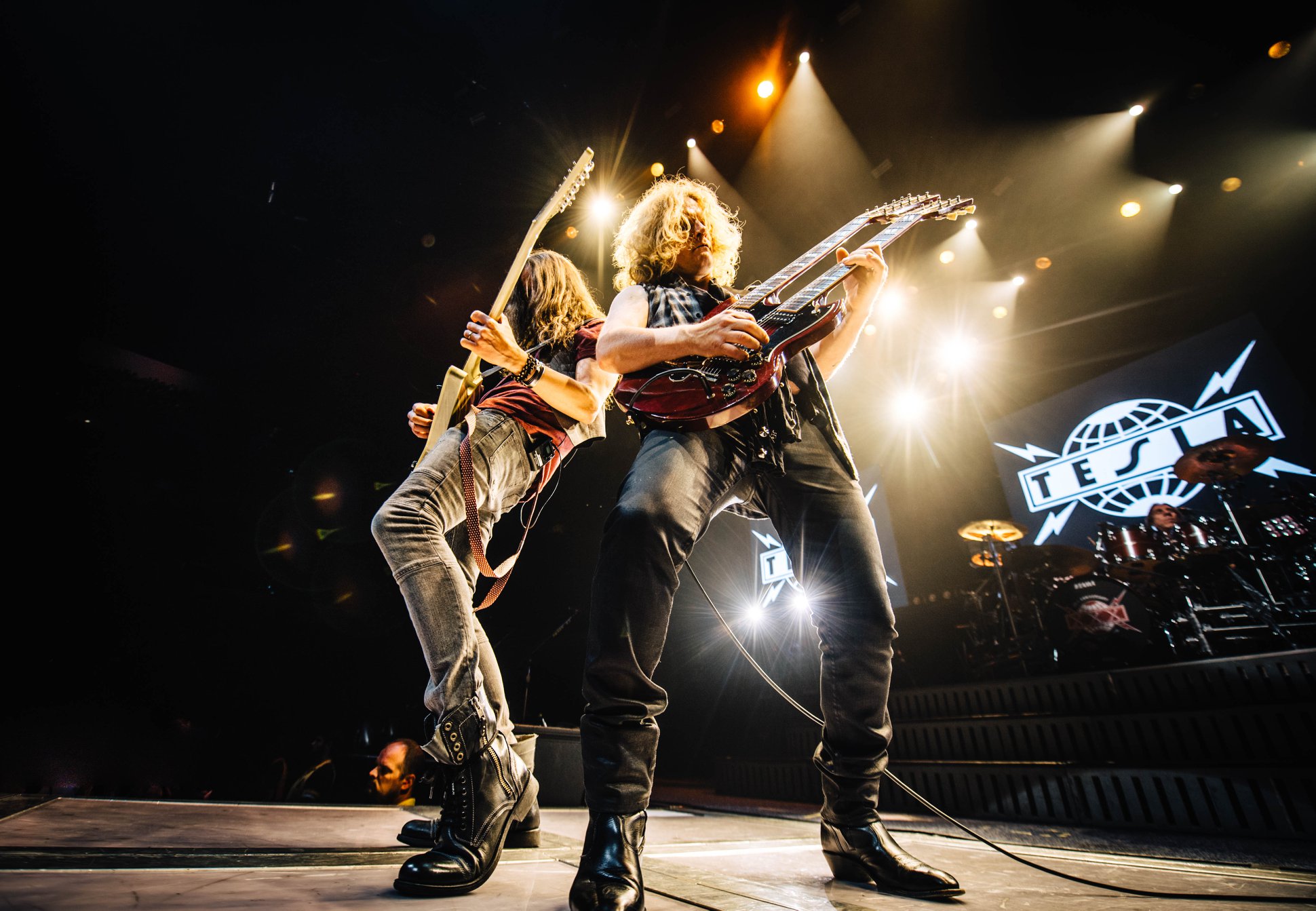 While Tesla was all about the love of life, Joan Jett & the Blackhearts came equipped to empower. It didn’t take much to get the crowd singing their iconic expanse of hits. Mere licks in and there was the hero in the flesh. They kicked off with “Bad Reputation,” Jett seducing the crowd with winks and side glances. The Runaways’ “Cherry Bomb” pounced early in the set, bolting people back to their seats. Daughters danced with mothers in high energy, yelling the lyrics back at the red stage lights. However, it’s hard to fathom a parent as ballsy and forthright as Jett.

Her raspy voice was as fine-tuned as ever, made better with age. Jett is a woman of few words, but Blackheart Records co-founder, Kenny Laguna spoke on the difference in the rock ‘n’ roll landscape. “When we started, it was weird for a girl with an electric guitar to be in a band with guys,” Laguna said. No one would sign them so they signed themselves, coming out with hits like “I Love Rock ‘N’ Roll” and “Bad Reputation.” Groundbreakers like Jett paved the way for new generations of girls and their guitars, even in the anti-feminine world of rock. 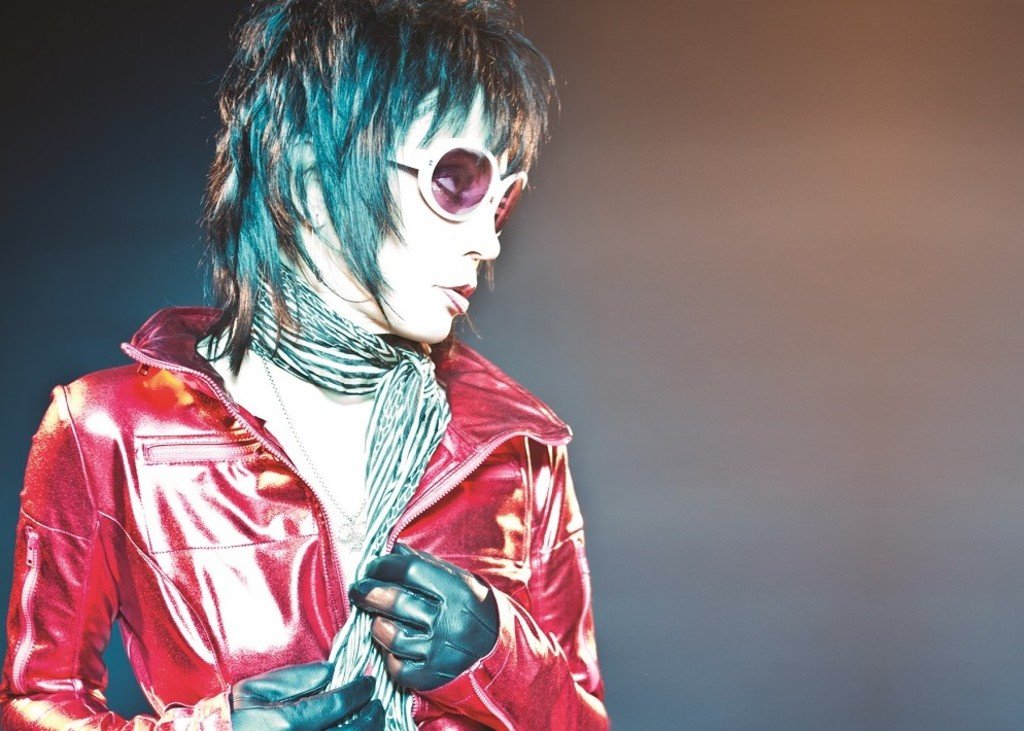 “Rock And Roll Is Here To Stay” by Danny & The Juniors played as they exited the stage, a not-so-subtle reminder to keep a fan’s faith in the edgy music. It wasn’t going anywhere. Shortly after, Styx greeted the crowd with, “Denver, Colorado! We’re having a rock show!”

A performance can change one’s entire outlook on a band. Before, Styx’s music played on classic rock radio as background noise while driving with my dad. Being up-close and personal brings their work to life. They played old hits but also new ones from their first release in 14 years, The Mission. It is a concept album set out to prove you can teach an old band new tricks.

Styx brought theatrics, an element indispensable to rock shows. How else does a band go from musicians to gods — idols for kids to imitate? A sudden darkness dropped over the stadium, the next moment filled with enough light and sound to give a hamster a heart attack.

What they do works — it’s cinematic in essence, telling a story. Iconic characters in ’80s rom-coms fell in love to these songs. Hell, maybe your parents did. More than the previous two, Styx was a collective experience. Everyone was part of their show, from the front row to the back wall.

In four hours, these bands made a former wannabe rockstar return to her roots and listen to the classics all the way home. There may have even been a wail or two.