A Pop-Up Park Hopes to Open in RiNo This July

The corner of Blake and Broadway is about to get a new temporary addition. Boxyard Park, a pop-up park, is planning to come to the RiNo Art District to combat the lack of public space in the neighborhood. The park is expected to open mid to end of July (pending approval of city permits) and will be open for six to eight months at the corner of Broadway and Blake. If the park is successful, the hope is to make it a permanent space. Chris Riedl, the organizer of Boxyard Park, says he was motivated to start the park due to a need for a public realm and to give people a place to read the paper.

Open and free to the public, the park will have regular programming and special events including concerts, farmer’s markets, wellness and health events and dog park events. There will be a climbing wall, dog park, stage and seating areas and a regular rotation of food trucks. David Partnership Architects designed the park with help from Matthew Gines and his graduate class at the University of Colorado Denver: College of Architecture and Planning, who are designing the climbing wall and park furniture. 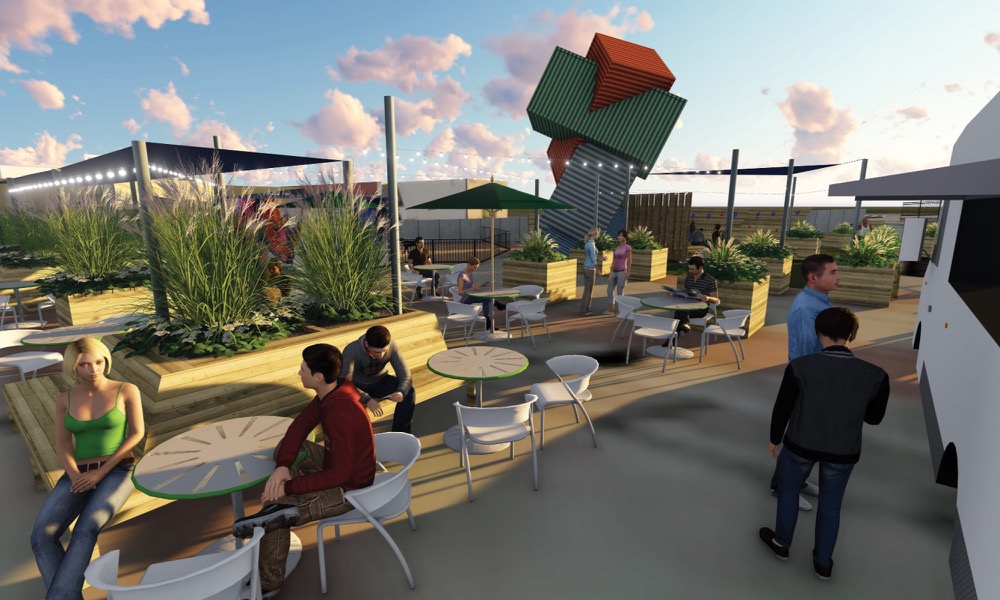 Unlike last year’s pop-up park in the Ballpark neighborhood, Riedl explained that Boxyard Park doesn’t require a lane closure, giving organizers more flexibility and on the timeline and site logistics. “Plus the site is naturally laid out with an amphitheater type arrangement,” said Riedl. “It is a catch basin for a 100-year flood so we are limited with anchoring everything, but the site seems if it was intended for a performance.”

READ: Get a Look at Denver’s First Pop-Up Park

Riedl mentioned that obtaining a city permit was not an easy feat with the site’s original design intent, but have had a lot of help and support from Denver Parks and Recreation and Public Works. “Big thanks to Mark Bernstein and Laurie Tabachnick,” he said. “We certainly need additional dollars to achieve effective lighting and shade sails but we are moving forward with the main features.”

The goal is to get to $100,000 in order to release the extensive electrical scope of work. According to the Boxyard Park website, the goal is to “create an urban, energetic gathering place that brings the community together – to work, play, rest converse and be inspired.” The park has had great support from community members and businesses to turn the idea into a reality.

If you are interested in donating, you can do so on the park’s GoFundMe page. 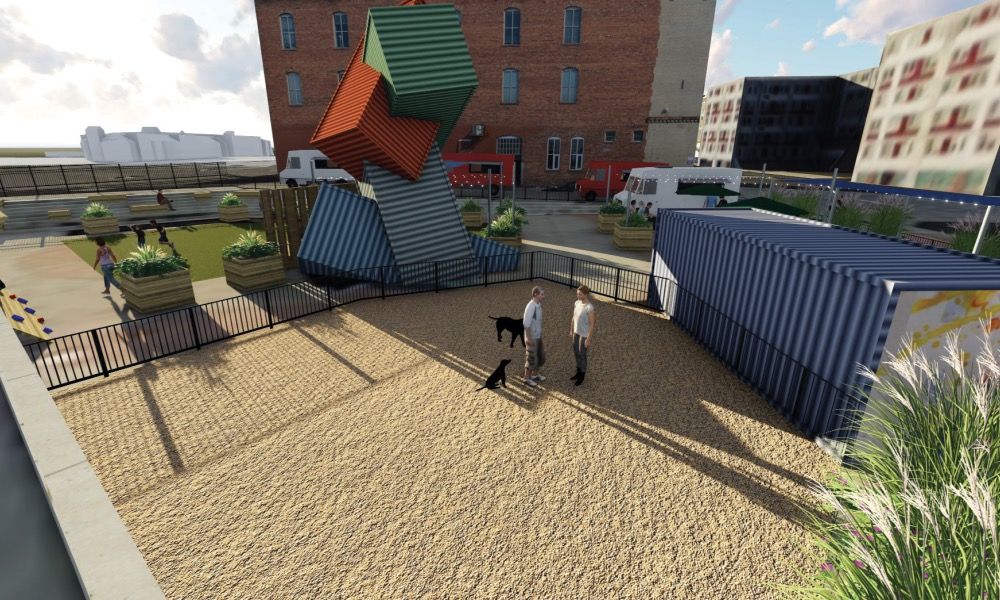