[Update June 2 at 3:02 p.m.: Denver Public Works has released a statement saying it will remove any unattended or illegally parked scooters. The city stated that LimeBike and Bird are in violation of Denver Revised Municipal Code Chapter 49, Article IX, which states it is unlawful to utilize any street, alley, sidewalk, parkway or other public places for the storage of goods, wares or merchandise.  That means that via city rules and ordinances, “these scooters are not allowed to operate in the roadway except to cross the street at an intersection, nor are they allowed in bike lanes, on the city’s trail system, or in city parks.” Lime has also made a correction to their below quote to explain they want to help Denver reach its Denver Mode Shift Goal not its Vision Zero Goal. ]

Denver now has a new mode of transportation. Last Friday, Lime (formerly LimeBikes) introduced Denver to shared electric scooters called Lime-S. Similar to its bike sharing program, Lime’s electric scooter users are able to look for a scooter near them using the Lime app and ride it wherever they need to go. Electric scooters have been rolled out in San Diego, Washington D.C., Miami, San Jose, Charlotte and now Denver.

“We see Lime-S as an integral component in helping Denver achieve its Denver Vision Zero goal of 30 percent non-vehicle travel by 2030,” said Lime Spokeswoman, Mary Caroline Pruitt. “So far, Denver has only reached 13 percent non-vehicle travel, and by taking cars off the roads and replacing them with scooters, we believe we can alleviate traffic congestion, help Denver reach its Denver Mode Shift Goal, improve urban mobility, and transform the way people get around the city.” 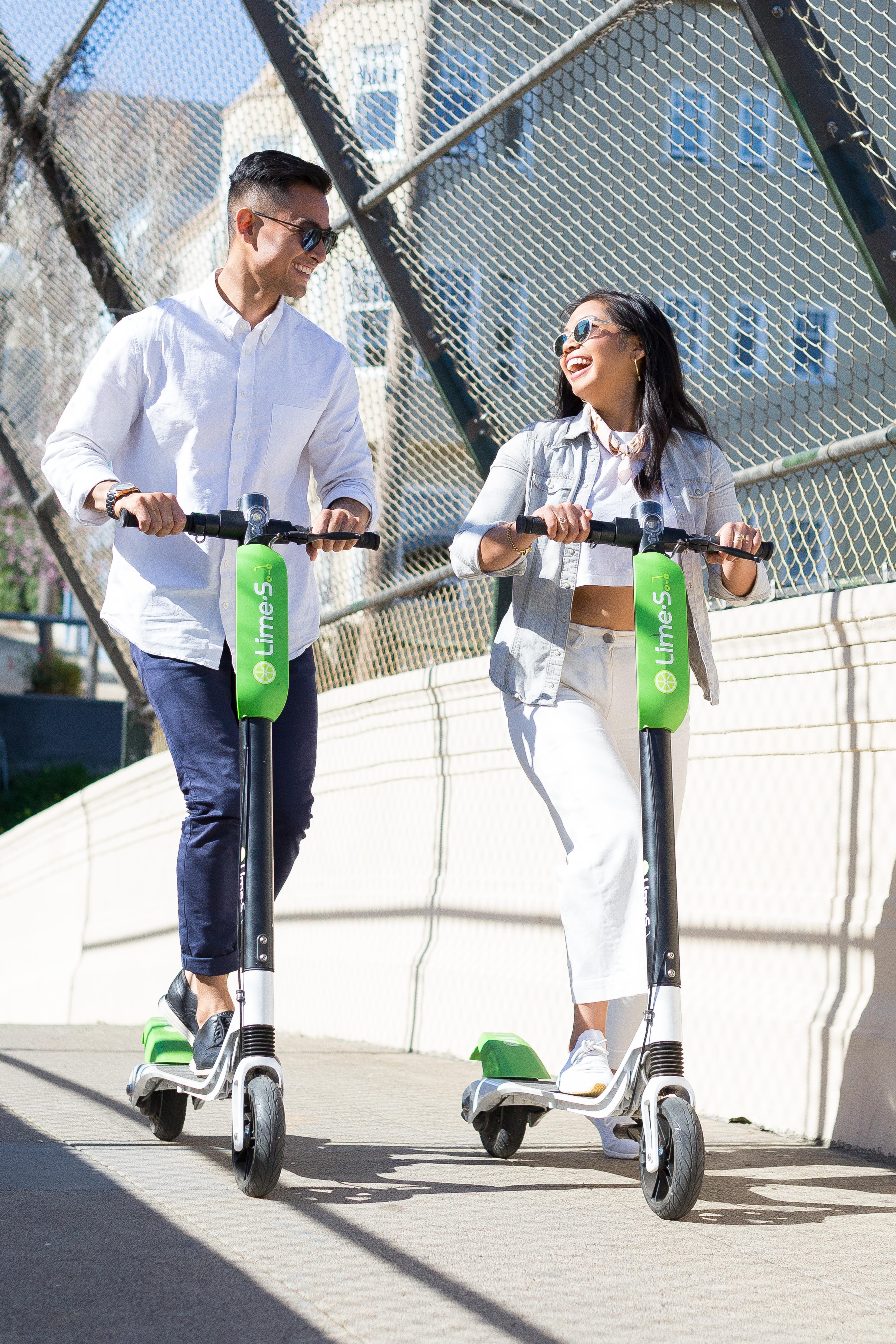 All Photos Courtesy of Lime

Even though the hopes for the new scooters are pinned on improving alternative transportation methods, some of Denver’s public departments have mixed feelings on the launch. Denver Public Works (DPW) will be monitoring the scooters in the coming weeks and plan on releasing an official statement addressing questions and concerns. When Lime-S launched the scooter program, DPW sent out a tweet, expressing their own concerns.

No, @limebike did not work with us on this launch. We were not notified of their plans to deploy in our community today until a couple of days ago. We are concerned about the use, placement, & quantity of these scooters operating on Denver's sidewalks where we see a lot of peds.

“We were not notified of LimeBike’s plans to deploy in our community last Friday until a couple of days beforehand,” Nancy Kuhn with Denver Public Works explained. “While Denver Public Works is supportive of new alternative transportation options, we feel these technologies should be deployed in a way that works with the city’s goals of increasing pedestrian safety and mobility. Specifically, we are concerned about the use, placement, and quantity of these scooters operating on Denver’s sidewalks, particularly in areas of high pedestrian activity. In addition, city ordinance prohibits anything from encumbering the public right of way without a permit and our Department will be removing scooters that are blocking sidewalks and other public spaces.”

Backlash to these dockless systems isn’t new. Everywhere from Washington to Dallas and even China, has experienced some level of pushback to these systems due to their ill-conceived placements. Nonetheless, these systems continue to rise in popularity and growth — as seen here with the expansion to scooters.

If you want to use Lime-S, you must be 18 years or older and have a valid drivers license. Lime’s website tells users to follow local traffic laws and local helmet regulations. The scooter has a maximum range of 37 miles and a maximum speed of 14.8 m.p.h. To use the scooter, users will have to download the Lime app in order to unlock the scooter, as well as lock it and end their ride when they are finished. It costs one dollar to unlock it and 15 cents per minute of riding.

Editor’s note: We reached out to Lime for comment. The company has not yet returned our request for comment.