Over the past six to eight months Avery Brewing Company, one of the stalwarts of the Colorado craft beer scene, has over-gone tremendous change. All of this change can be traced back to November 28, 2017, when it was announced a 30 percent minority stake in the brewery had been sold to Mahou San Miguel – the largest Spanish-owned and family-run brewery in Spain.

What changes are we talking about? The full re-branding of the original lineup is rolling out to liquor stores around the country. The rascal will still be on your can of White Rascal but you won’t recognize him – he’s had a modern makeover. But more important to us was the cancellation of the Strong Ale Fest and Sour Fest and their replacement with the new Avery Invitational. 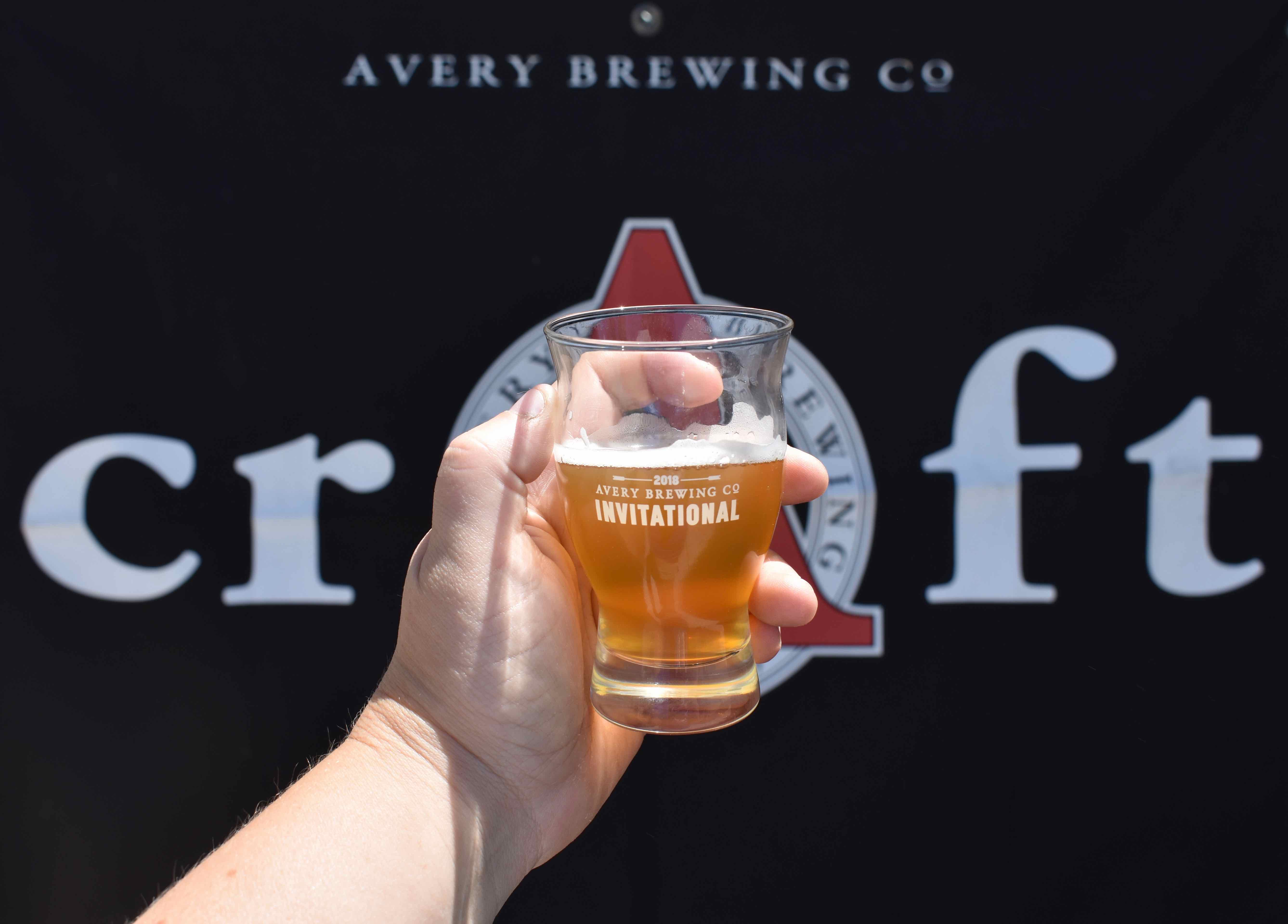 Strong Ale Fest celebrated beers above an ABV of eight percent or more whereas Sour Fest was one of the few festivals in the country dedicated specifically to this style. Those two festivals were intrinsically Avery Brewing Company. It was difficult to imagine and we have to admit we were skeptical – how could one single event, the Avery Invitational, replace two such unique events?

While we are going to miss the Strong Ale Fest and Sour Fest, the Invitational was everything you look for in a beer festival hosted by Avery. It was bigger, better and yet just an intimate and comfortable as before. We are, however, using the term comfortable loosely since it was well over 90 degrees as we made our way from beer tent to beer tent. In fact, we might have claimed it felt like 130 but that didn’t stop us and we were covered with plenty of shaded seating, misters blasting on the patio and thankfully never-ending supply of kegs filled with water for those occasional drinks in between beers.

Like its predecessors the Avery Invitational was about a good cause – all proceeds benefit the Colorado Water Trust, a non-profit that works with a number of unique partners, including breweries, to keep Colorado’s rivers healthy and flowing. 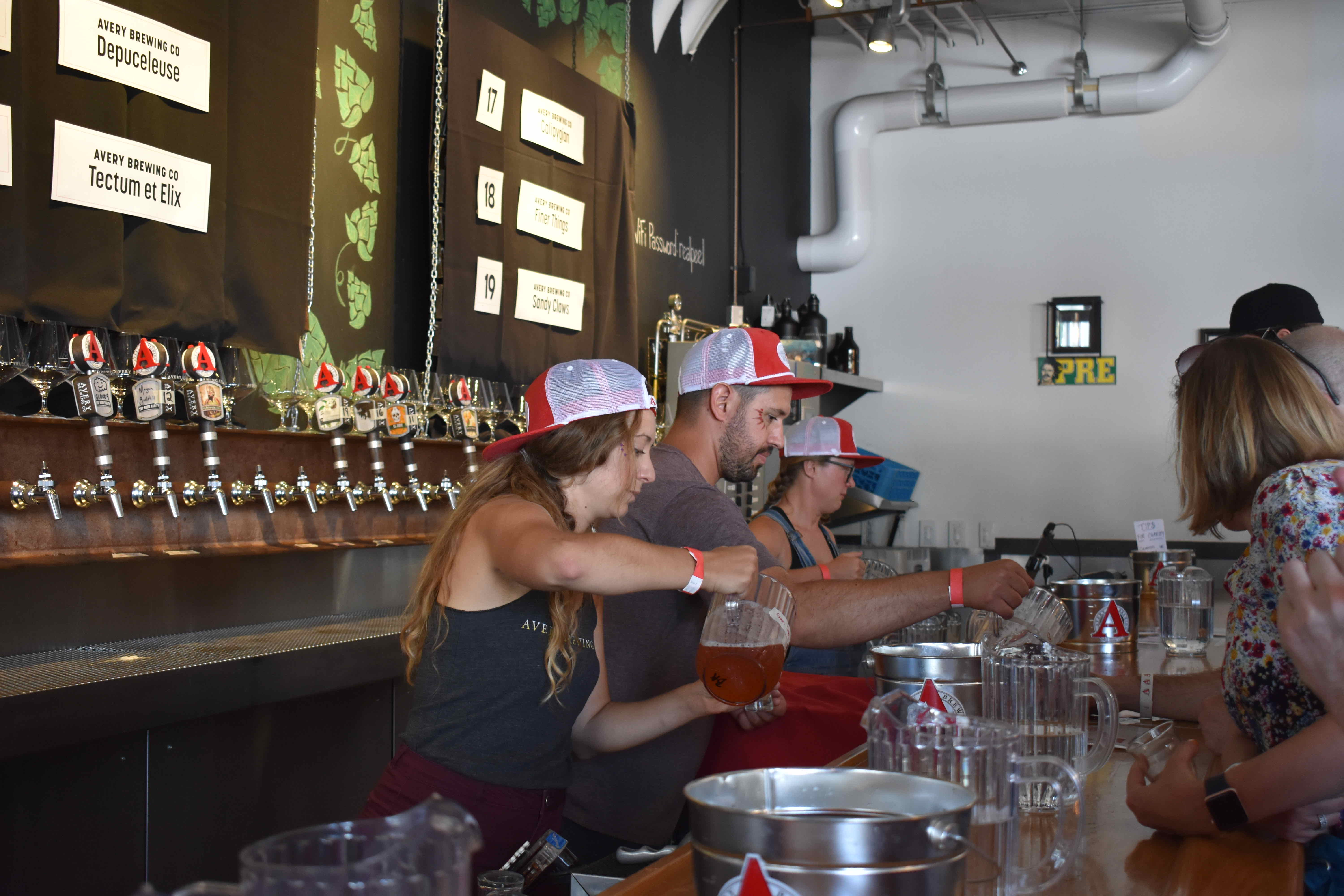 Similar to years past all of the Avery beers were pouring inside out of every available tap line in the brewery. But unlike years past you didn’t immediately spot the stack of beautiful barrels waiting for their specialty tappings – this year they were around back, the loading dock area was transformed into a delightful backyard patio. The Avery brews that grabbed us was Tectum et Elix – a sour ale aged in cabernet sauvignon barrels since it was tart but popped with the wine barrel character along with Staff Challenge Beer Number Two – a barrel aged sour with pomegranate and blueberry which was a fruit explosion. We also were lucky enough to enjoy Plank’d straight from the barrel rich with rum and all the coconut you could ever need.

The expansive setup this year allowed for plenty of seating around the grills and it never once felt like you had to wait in a long line or were running into people. The other addition that caught our eye? The scheduled seminars inside that ranged from a sensory talk to a talk about the Ales of Antiquity and finished with a talk on barrel-aged beer. You could geek out while drinking some of the best beers from around the country.

Dark Despite The Heat 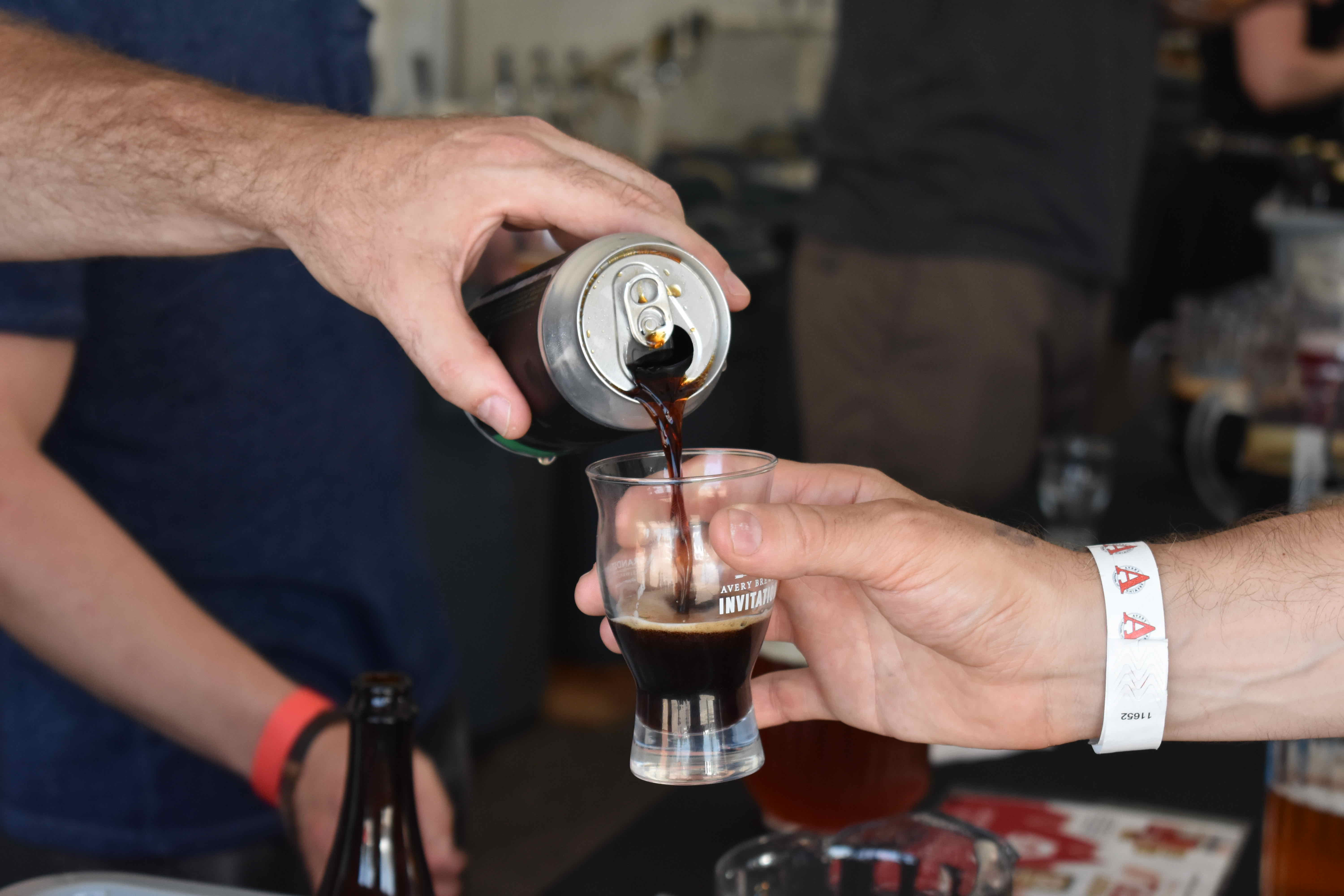 In case we weren’t clear earlier, it was damn hot at this festival and yet we could not stay away from one of the best dark, barrel-aged lineups we have ever come across. That’s right, in extreme heat, it was the dark, luscious, robust booze-infused beers that we couldn’t stay away from no matter how much the heat told us to. Vanilla was the flavor on display with the Vanilla Pseudonym from Wiley Roots – an intensely thick stout poured from the can and Personal Day from Cerebral Brewing which showcased how well maple can play with vanilla. 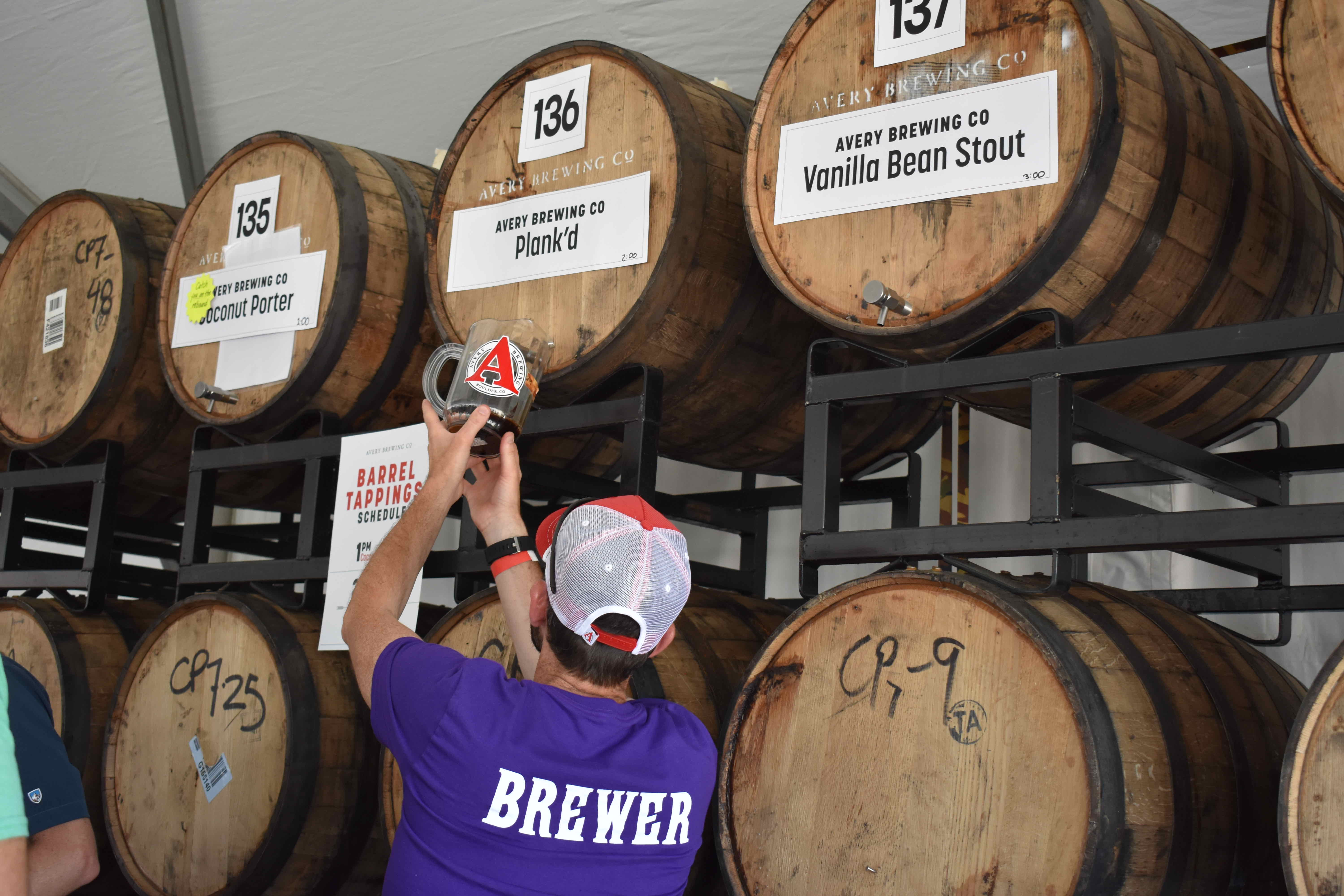 Finkel and Garf also got into the action with a Cherry Vanilla Bourbon Barrel aged stout – smooth with cherry lingering in the background, this is a brewery that needs more attention. Of course, once we started the stout party we had to make a stop at Firestone Walker to dig into Parabola – the barrel aged Russian stout and we also sipped on the Mexican Medianoche from WeldWerks Brewing which gave new meaning to the term smooth when it comes the barrel-aged beers. 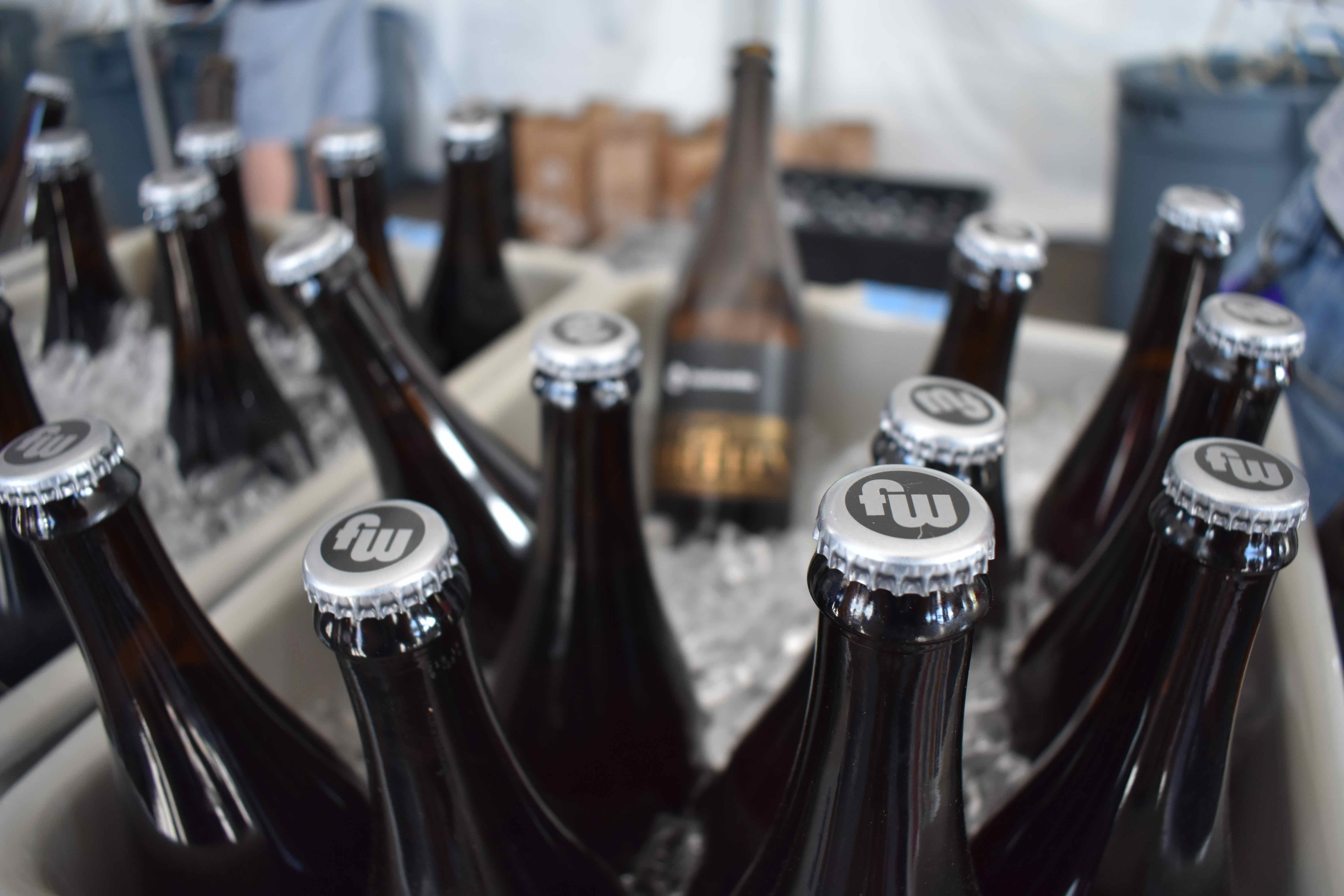 The barrel-aged lineup was impressive – it was also heavy. So as we made our way from barrel to barrel we made sure to enjoy some of the other outrageously delicious beers being poured. These are the beers that stood out because they were needed in the heat or they warmed our heart in remembrance of the Sour Fest. Jimmy Buffett Problem from Jessup Farm Barrel House was tropical, light and gave you just enough rum to see yourself on an island. Further down the table was Funkwerks with its Oud Bruin – an award-winning Flanders style beer that too often flies under the radar. 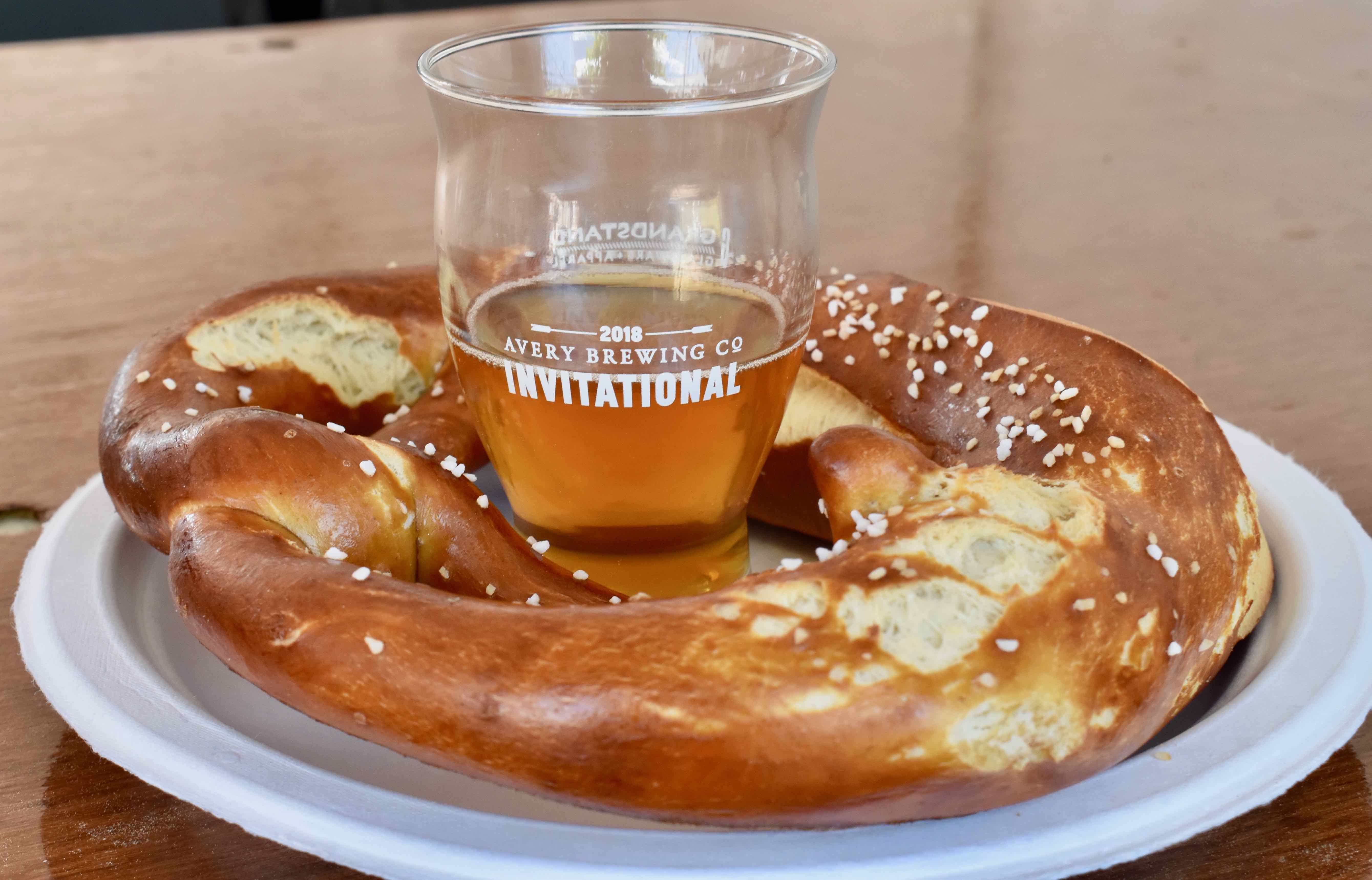 Amalgam was pouring Secret Family Recipe – a bourbon barrel aged golden sour that was refermented on Colorado-grown peaches, Madagascar vanilla beans and cinnamon sticks. It was light but impactful which each ingredient shinning in its own moment. It makes you wonder what other kinds of delicious secrets are yet to come from this brewery? The single most thirst quenching beer for the day was being poured from Bierstadt Lagerhaus, who also brought an awesome Eisbock. It was the Slow Pour Pils, it will always be the Slow Pour Pils that steals the spotlight. It is everything you need from a pilsner, it’s everything we needed in the heat and we have to admit we went back a couple of times to keep us cool.

Change isn’t easy but Avery Brewing made an authentic change with the launch of this invitational. It included the beers you have always come to expect at Avery hosted festivals and the atmosphere that has kept people coming back from years. Not only that but Avery also managed to get Trillium Brewing out to Colorado from Massachusetts, a first for the East Coast Hazy Style IPA gurus which makes you wonder who will be there next year?