His name is one that has been hot in the press over the last year —a growing fame in the New Orleans’ food scene and a very public split from previous restaurant partner Josh Besh — and one that Denver residents are soon going to hear a lot more of.  Alon Shaya, a James Beard Award-winning Best Chef, (newly) restauranteur and now cookbook author, is opening his second restaurant, Safta, in Denver. 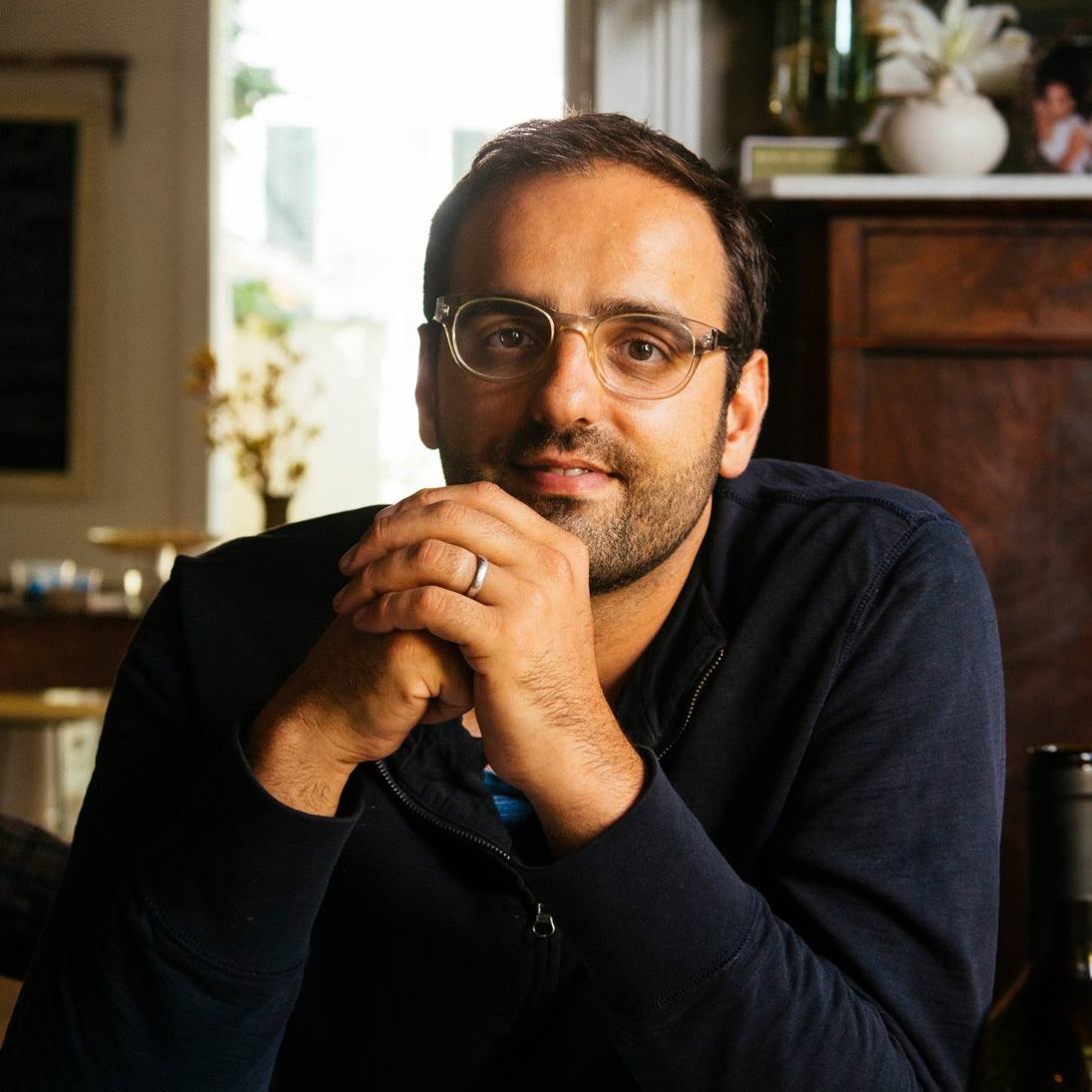 Safta — Hebrew for “grandmother” — will nourish diners with Shaya’s acclaimed Israeli, Mediterranean and Middle Eastern fare starting this summer at The Source Hotel in RiNo. Lovers of dishes and delicacies such as hummus, freshly-baked, oven-fired pita — one of Shaya’s specialties — tahini and lamb, brace yourselves, Safta will bring these — and all the flavors that made him first famous in New Orleans — to Denver.

READ: An Inside Look at The Source Hotel

Shaya’s first restaurant, Saba, Hebrew for “grandfather,” opened late this spring in New Orleans. Denver eaters will experience similar flavors to those to Saba but through different avenues. “I think you’ll see a softer approach to the food at Safta,” Shaya elaborated. Safta comes as the second sibling in Shaya’s new restaurant label, Pomegranate Hospitality, which he started back in September of 2017. These are the label’s first two restaurants and “will serve as the head of the family” for the eateries that Shaya hopes to grow under the umbrella. Their names — Saba and Safta, “grandfather” and “grandmother” — represent the familial patronage and culture that he strives to establish and foster with this endeavor. “We want it to feel warm and welcoming. The way you feel when you go to your grandparents’ house. You will know what to expect and you will feel protected and cared for. That is the tone we want to set for Saba and Safta,” said Shaya.

In addition to highlighting his modern twist on dishes from Morocco, Palestine, Bulgaria, Turkey, Lebanon, and of course, those from his own homeland country of Israel, Safta will serve up a menu that will — much like its new restaurant neighbors and other local vendors at the food hall — highlight produce from local Colorado farms. “We want to support the Colorado community of artisans and growers,” Shaya explained, “We will look to our backyard before going anywhere else as we write our menus and plan for service. I want to explore the best of what’s coming from the landscape and want the team to participate in that journey as well.”

The menu will rotate seasonally and offer highly vegetable-focused, “comforting food,” featuring locally influenced dishes such as “whipped hummus with spicy Colorado lamb ragu and crispy garbanzo beans, saffron Persian rice with cherries, scallions and sunflower seeds and a watermelon and Bulgarian feta salad with harissa and extra virgin olive oil” —  even a ” whole roasted cauliflower” straight out of the wood-burning oven. The Safta team is excited to introduce the Denver community to the flavors and dishes that they’ve cooked over the years, the ones that they “know people go crazy for.” 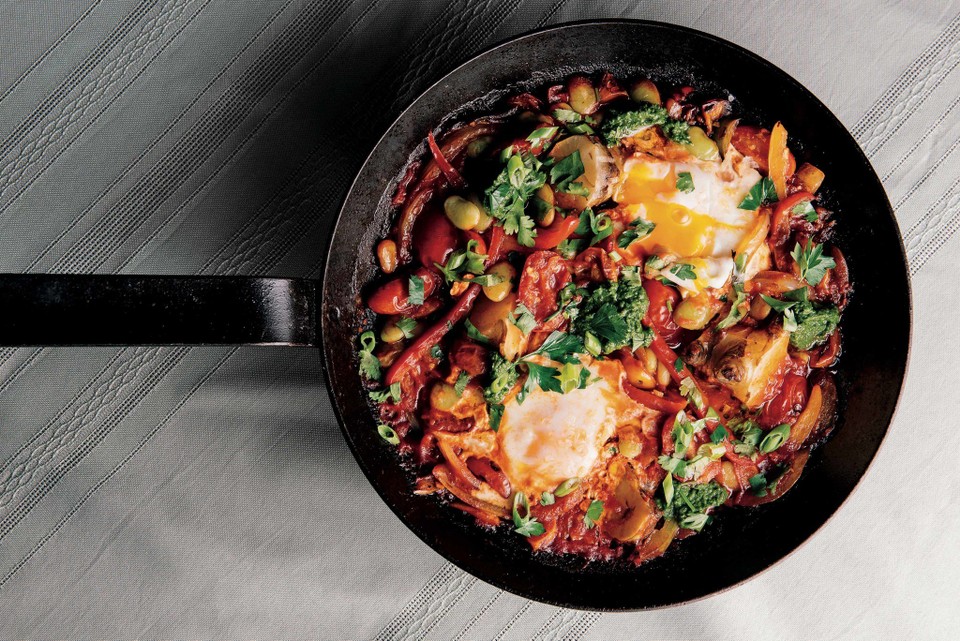 Shakshouka from Shaya, An Odyssey of Food, My Journey Back to Israel. Photo courtesy of Alon Shaya

To some, the decision to move westward to open one his restaurants may seem odd, but it was one that came naturally to Shaya. After Shaya and his wife Emily found themselves questioning where they’d like to spend more time in the next few years, the answer was clear. Denver offered a bustling food scene, beautiful landscape, intriguing and creative challenges and a community that fostered both its restaurants and residents.

“[…] Emily and I have spent a good amount of time in Colorado over the years enjoying the outdoors and beautiful mountains,” Shaya elaborated.

In addition to Denver’s increasing fame as a food city, (as Conde Nast Traveler “officiated” in an article in early April), Denver offered the unique backdrop and restaurant culture that Shaya had found himself attracted to time and time again. It’s one that presented “like-minded partners […] [and] incorporates the best in hospitality, art, and culinary.”  And while Shaya has found appreciation and diligence in opening his first restaurant in the midst of the thriving culinary heritage of New Orleans — one that boasts a very “specific cuisine that has been famous for hundreds of years” — and both cities provide very different opportunities to conceptualizing a restaurant, Denver affords an alternative that is intriguing and challenging, one that Shaya felt allowed him to “really push the boundaries of creativity.”

Although his decision to open up his second restaurant from the roots of a hotel and sprawling food market (at The Source) — rather than a stand-alone locale — may come as a surprise, it was all part of a thought process that fed into his admiration for The Source Hotel and Market project. Shaya admired the manner in which Zeppelin Development, (the company behind The Source Hotel), “has created a community focus with their array of mix-use projects in Denver.” Shaya felt it broke down borders and placed the spotlight back on Denver itself. “When I walk through The Source Market and I see the attention being given to small artisan producers I feel like I’m taking a stroll through a neighborhood. It feels like a community that looks out for one another. That to me is the most important thing.”

“We are thrilled to bring Safta to The Source Hotel and become a part of this vibrant community,” Shaya concluded.

Safta is currently planned to open sometime this July. Stay tuned for more updates on the opening.

Shaya will be inside The Source Hotel located at 3330 Brighton Boulevard, Denver.